Contribute a Story
How risky was Harry’s second year at Hogwarts? Find out as Epitome's risk managers analyze “Harry Potter and the Chamber of Secrets.”
How would COVID-19 affect the “German Three” bar scene from “Inglourious Basterds?” Epitome's Pandemic Production experts have the answers.
As filmmakers, we are in love with the art and craft of one takes. Way back in film school we saw how the legends used them such as Martin Scorsese in “Goodfellas” and Orson Wells in “Touch of Evil”.
Casting director Jazzy Collins was Emmy-Nominated for her work on Amazon’s Lizzo's Watch Out For The Big Grrrls in the Outstanding Casting for A Reality Program category. She is the first Black Casting Director to receive an Emmy nomination in this category and co-founded Soulstice Casting, a boutique, full-service casting company that specializes in unscripted and commercial casting, with Kaymie Mattison.
Featured Blog Posts

The Art of Pivoting & Why It's Critical in Production
Become a Contributor
Epitome Risk has been on the front lines of Pandemic Production Safety since the beginning. With over one hundred combined productions, our experts have helped film & television companies minimize risk, avoid shutdowns, and eliminate outbreaks for over two years.
The Broadcast industry is going through one of the most rapid and significant industry transformations in history and IP is a huge enabler of this movement. Companies that had long relied on SDI workflows are seeing the benefits of converting to an IP-based infrastructure that not only enables operational flexibility, agility, and modern economics, but also reliable broadcast-quality distribution of live video content over the Internet. While some organizations have been slow to migrate to IP infrastructures, one modern broadcaster has seen the potential of IP from the very beginning.
Fernando Andrés is a filmmaker from Austin, Texas who can do it all, including writing, directing, producting, cinematography, and editing. His debut feature film Three Headed Beast had its World Premiere in the prestigious U.S. Narrative Competition at the 2022 Tribeca Film Festival. His short film Igloo was a finalist for the 2019 Sundance Ignite fellowship. All of this, and he's only 24-years-old.
JB Ghuman, Jr. has never let being called “weird” stop him. Rather, he’s always embraced it, finding his successes in doing so. His debut feature film “Spork” follows a frizzy-haired adolescent outcast of the same name who faces off against mean girls, bands with her fellow outcasts and enters a talent show, all while navigating the complexities of junior high. With the idea that anyone can fit in as long as you make a place for yourself, the dark comedy won Best Feature Film as part of the 2010 Tribeca Film Festival’s virtual competition and went on to be recognized at eight festivals, including the BFI London Film Festival, and screened at more than 20 festivals worldwide.
How would COVID-19 affect the filming of “Field of Dreams?” Epitome's Pandemic Production Safety Experts examine this Kevin Costner classic.
Featured Blog Posts

Recent Blog Posts
RISKY BUSINESS: Harry Potter and the Chamber of Secrets Anatomy of a Scene: Diving into Sourcing the Music for Jennifer Lopez: Halftime with Katerina Tolkishevskaya THROUGH THE COVID LENS: Inglourious Basterds 4 Ways to Successfully Use Cinematic One Takes Co-Founders of Soulstice Casting, Casting Director Jazzy Collins & Kaymie Mattison on Amazon’s Lizzo's Watch Out For The Big Grrrls
Become a Contributor 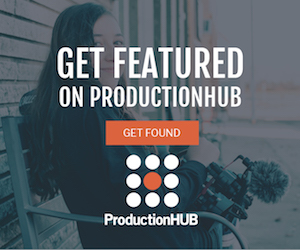