As your pumpkin chai late fogs up those square frames – yes, we film geeks can even stereotype ourselves quite comfortably in fall – consider what might be running amok on the street this Halloween. The internet made a real mess of things again, and like last year, Marlon Heimerl from HalloweenCostumes.com has a roundup of this year’s unstoppable tour de force costumes for film and video geeks.

1. Back to the Future Day Means One Thing 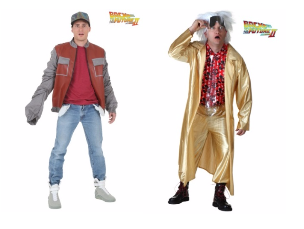 With October 21, 2015 finally upon us, a 30-year-old cinematic hurricane finally made landfall. This year, the top costumes are undoubtedly Marty McFly and Doc Brown in all their incarnations. As cinema buffs regale in what actually did and did not come true from the movie’s predictions, you can expect to see a lot of people thinking 4th dimensionally for Halloween 2015. 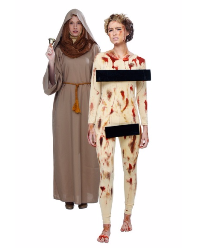 While Game of Thrones is notorious for cranking out shocking moments (especially on season finales), the season 5 ender was a real doozy. Cersei Lannister took a walk of shame that will put any other November 1 early morning walk home, well, to SHAME. This costume also added in the censor bars for comedic effect. For film geeks, this moment is surely seared into collective memory for years to come. 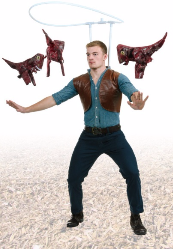 It’s not like the internet dubbed this whoa-raptors-whoa! stance “Owen-ing” after the Chris Pratt nailed his part as Owen Grady in this year’s Jurassic World. “Pratt-ing” is a sure nod to Chris Pratt’s persona and popularity and this now-iconic scene. Yes, this costume is beyond ridiculous. But isn’t that sort of the point when you “Pratt” your friends away to bed on Halloween after one too many? 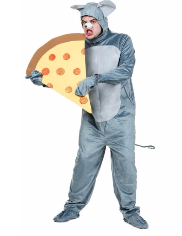 What film geek wouldn’t love to go viral for capturing a simple 14 second video shot on a cell phone? Pizza rat was the “right place, right time” moment of the year and after Buzz Feed broke the story, the Halloween industry caught on instantly. His lesser known cousin, Milkshake Squirrel, just might have a part to play this Halloween, but no costumes online just yet! 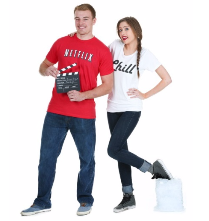 The internet is having a tough time agreeing on what is funnier – Netflix and Chill, marketers shamelessly capitalizing on the social phenomenon, or how much it confuses parents who try to splice the term into casual conversation about a leisurely weekend. There’s no doubt, in 2015 the time testing courting ritual of getting together to “watch a movie” has a whole new bag and movie lovers everywhere are loving the innuendo.

6. The Green Poops That Went Kerplunk in the Night

Let’s just say, the HA1loween Whopper from Burger King made a big splash this year when people blew up Twitter reporting the Halloween-inspired burgers turned their poop neon green. HalloweenCostumes.com covered the phenomenon with a very sarcastic “Sexy Green Poop” couples costume - poking fun at the race to the bottom when it comes to sexy costumes each year. Hopefully, there is no greater depth to sink.

7. Nostalgia is back! In costume form…

As 80s babies come of age, they can get awfully nostalgic looking back on their childhood years and Halloween is the perfect time to dive back into the “good old days”. Drawing inspiration from Nickelodeon shows like Double Dare, Guts and Legends of the Hidden Temple, 90s nostalgia costumes are a big draw for the next several years at least. 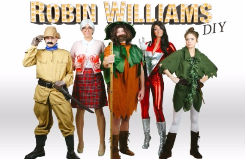 Whether you loved Robin Williams or not, film geeks cannot play down the impact he had on the film industry. With so many memorable roles, and such an untimely death, this is a great group costume for people who want to commemorate the life and career of Robin Williams. Of course you don’t have to stop with what’s listed here either! 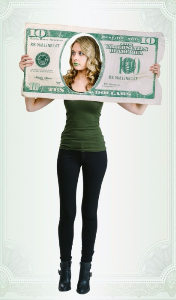 Any time US currency gets a facelift it’s big news to geeks and average Joes alike, but the announcement that the $10 bill will sport a new look in the new future – and that it will be a historical female figure – got lots of people excited this year. Think you have what it takes to be the leading lady? Halloween 2015 seems like a great time to make your case with a $10 bill costume. 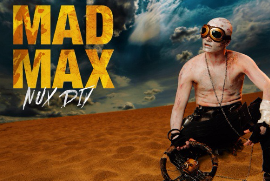 If you are ready for Valhalla, a Mad Max: Fury Road costume is the look for you in 2015. The best part about Mad Max is you don’t need to stick to the script to pull off the look. Sure this Nux costume is pretty detailed and specific, but really anything leathery with chains, shoulder pads and enough “post-apocalyptic” earmarks will get the idea across this year. 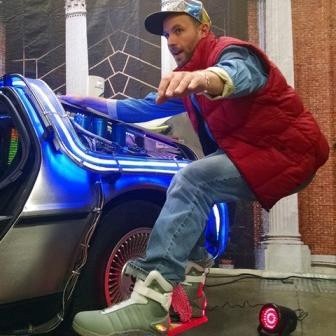 Marlon Heimerl is the Inbound Marketing Manager of Fun.com and HalloweenCostumes.com and a UW-Madison WI Journalism BA. He has seen trends come and go every Halloween, with pop culture ever at the helm. When it comes to the big trends each year, look no further than the memes, ‘shake your head’ moments, viral jokes or anything else that played a part in putting the internet in a headlock that year.