Several recent projects took advantage of this flexibility, including Apex Broadcast to broadcast the 2019 Blancpain GT World Challenge America professional auto racing series; by Upstage Video as part of an Ultra HD 12G-SDI and fiber live production workflow at WE Fest, the largest country music festival in the United States and the longest running in the world; by production company Bad Weather for the South African music festival Rocking the Daisies; and by Japan’s Cyber Media TV for eSports and gaming streaming.

“I started Apex Broadcast when I noticed smaller racing car series being priced out of TV air time due to rising advertising costs. To work with these smaller series and get them on the air, I identified broadcast products that were of excellent quality but also reasonably priced. That’s when Blackmagic Design came into my workflow,” said Cambern.

Apex Broadcast recently installed the ATEM Constellation 8K in the large truck to help with the Blancpain GT World Challenge America. “Right off the bat, we are taking advantage of the 16 multiview capabilities which let us monitor multiple sources simultaneously in a single monitor,” noted Cambern. 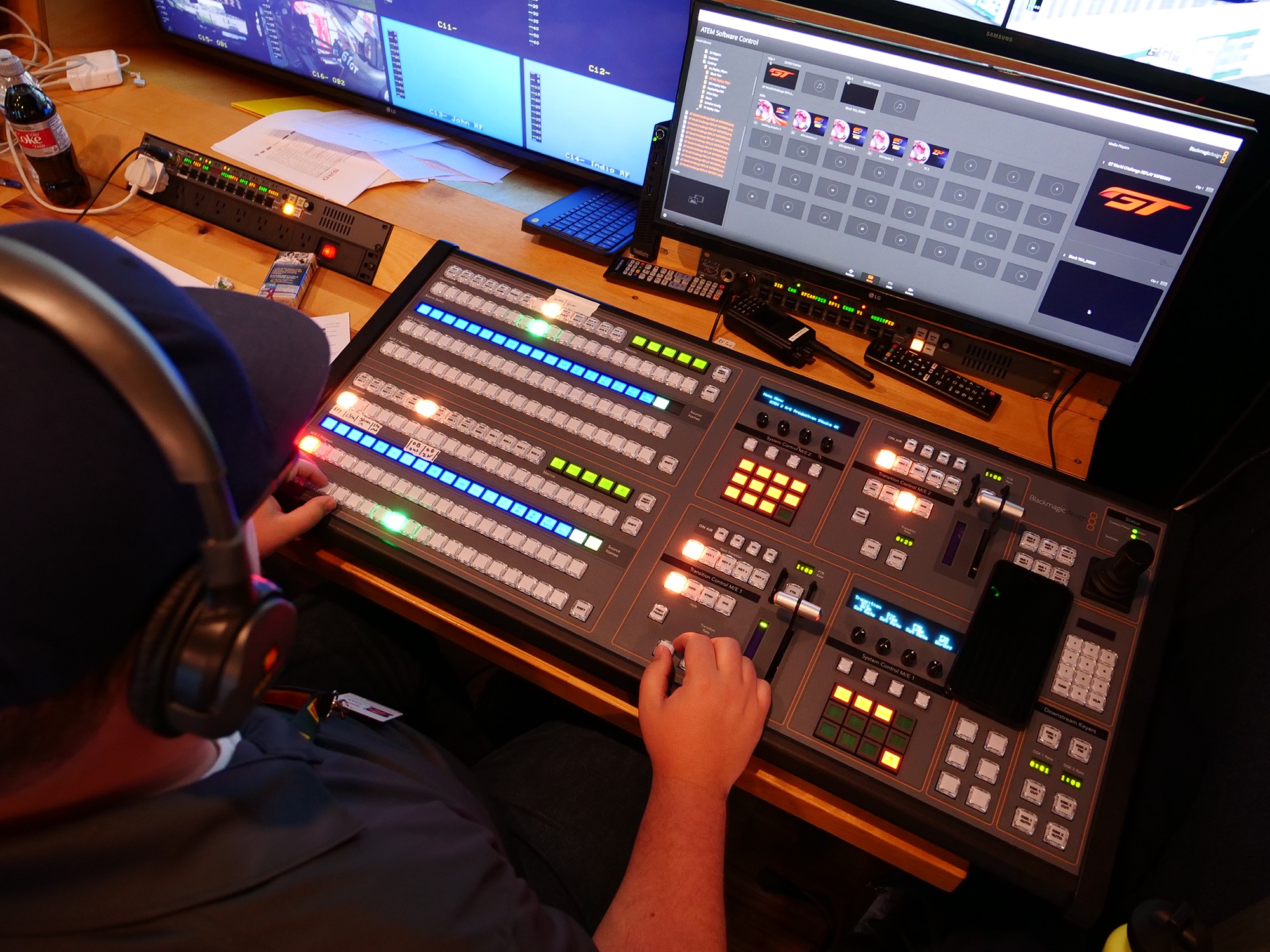 One of the ATEM Constellation 8K’s main features that has proven to be beneficial for Apex Broadcast has been the 4 M/Es. “The 4 M/Es have given us tons of flexibility in terms of what we feed to different broadcast destinations during the races. In a given show, we’ll have our primary cut which is going to the television network. Then, often times, there is a screen cut that is sent to jumbos or to a TV nearby. When you’re in the middle of a show, the broadcast displayed on these various screens at the track and for viewers at home doesn’t change, but in between shows, the client might have a video loop or a still stored that they want up on the screen for a streamlined viewing experience,” Cambern explained.

“In between shows, we’re also testing graphics and checking focus on cameras. We feed these tests from a separate M/E, which allows us to simultaneously project the still or video loop on the screens while focusing on the M/E being used for testing. We also often have a US only stream which has to do with the networks and licensing agreements. What we feed to web has to be a little bit different than what we feed to the network, so we use a separate M/E to do that. Essentially, we’re doing a couple of sub cuts with these different M/Es,” he said.

On the audio side, Apex Broadcast is relying on the switcher’s built in Fairlight audio mixer for complex live sound mixing. “With the ATEM Constellation 8K, we can EQ individual camera mics which is really handy,” added Cambern.

The ATEM Constellation 8K is the heart of a new flypack from Pennsylvania-based full-service video production company Upstage Video, which also includes Blackmagic Design’s Smart Videohub 12G 40x40 router, ATEM 2 M/E Broadcast Panel and more. Built specifically for the concert touring and music festival industry, the Ultra HD 12G-SDI and fiber flypack was responsible for switching and video distribution for WE Fest’s two 17’ x 27’ on stage screens and 12’ x 21’ front of house screen, as well as for closed circuit distribution and simulcasts in the VIP campsites and vendor areas.

WE Fest is the largest country music festival in the United States and the longest running in the world. Now in its 37th year, the three-day festival took place in Detroit Lakes, MN, in August 2019 with performances from stars such as Chris Stapleton, Keith Urban, Brooks and Dunn, LeAnn Rimes and more.

When it came time to design the flypack, Upstage Video needed a switcher that could handle a substantial workflow, but at the right price point. “When we saw the ATEM Constellation 8K, we knew we had to go with it,” said Upstage Video’s Project Manager Greg Brown. “The 24 assignable 12G-SDI outputs are huge for us as they help cut back on the amount of routing that we need. We also love the built in Fairlight audio mixer, which was a big help at WE Fest with embedding the analog audio feed from the stage mix into our video feeds for recording, as well as the closed-circuit TV feed.”

“Additionally, the ATEM Constellation 8K’s ability to receive any resolution or frame rate and convert it is not only fantastic in its own regard, but also helps keep latency to a minimum,” he added. “Being in live entertainment, having the least amount of latency, ideally less than seven lines of processing delay, is critical, even in the multiviews.”

With four to six acts performing daily across the three-day festival, coupled with each act having different video needs and setups, preparedness and peace of mind were key. Brown explained, “We do our best to connect with acts weeks before an event, but with folks on their own tours this can be difficult to accomplish. At WE Fest, the ability to have an act’s video director walk in the morning of their show and quickly fulfill their needs helped the director relax and concentrate on switching the show. In this vein, the ATEM Constellation 8K’s ability to receive different resolutions and frame rates and convert them with no outboard gear is ideal. Similarly, with 40 12G-SDI inputs, we were able to patch in every act’s needs in the morning, which eliminated the need to hard patch cables in between acts.”

Another deciding factor was the switcher’s flexibility between HD, Ultra HD and 8K capabilities. “To have 8K service, even if we don't use it just yet, coupled with the fact that in Ultra HD it’s a completely maxed out switcher, all at that price point, made the ATEM Constellation 8K a no brainer,” concluded Brown. 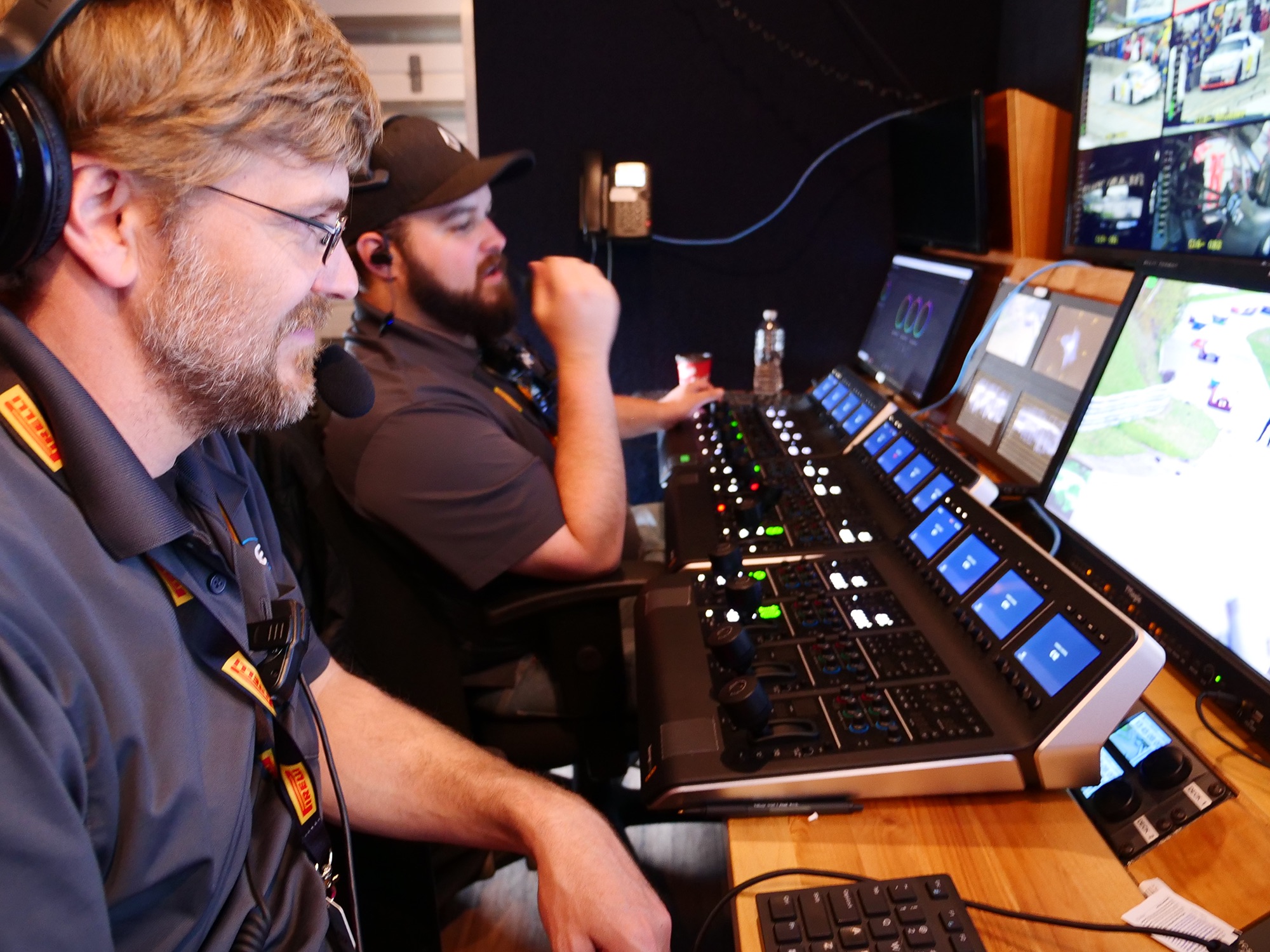 According to Bad Weather’s Jonathan Bandli, “One of the main factors in choosing the ATEM Constellation 8K is that we have standards conversions on every single input. Mixed formats and resolutions are so often an issue on live events, especially when handling external sources. Knowing that we can handle anything that comes our way just gives us that peace of mind. With the ATEM Constellation 8K sitting at the heart of our workflow, it made sense that we invested in the best knowing that it will work hard for many years to come.”

Kotaro Abe, CEO of Cyber Media TV said, “I have already used an ATEM 4M/E Broadcast Studio which was stable and worked great. However, I always wanted more inputs, so I decided to purchase the ATEM Constellation 8K when I heard about the announcement as it had so many inputs and two SuperSources.”

He continued, “In Japan, the style of esports streaming is different than those of overseas. We tend to use so many picture in pictures, so having two SuperSources has great advantage. It also has four DSKs which means I can use more keys and fills.”

For more efficient operation, Cyber Media TV heavily used the ATEM’s macro feature. “I, for example, use the macro to playout some video combining HyperDeck Studio Minis and the ATEM. The ATEM can communicate with up to four HyperDecks and recall transition through the macro. As the ATEM has two SuperSources, I can use one SuperSource while writing macro for another SuperSource for different effects and switches. During eSports streaming, it is very hectic, so I make macros for all complicated operations so that all I have to do is press one button, and the video starts to play and overlay the subtitles. “

“Beyond eSports, we sometimes use the ATEM switcher for other jobs, such as corporate events. As it has so many inputs and outputs, it is versatile and can be used for many jobs. Also, PlayStation and Xbox will support 4K soon, so we need to examine 4K streaming. The ATEM Constellation 8K supports up to 8K, so I feel secure it can be used five more years from now,” Abe concluded. 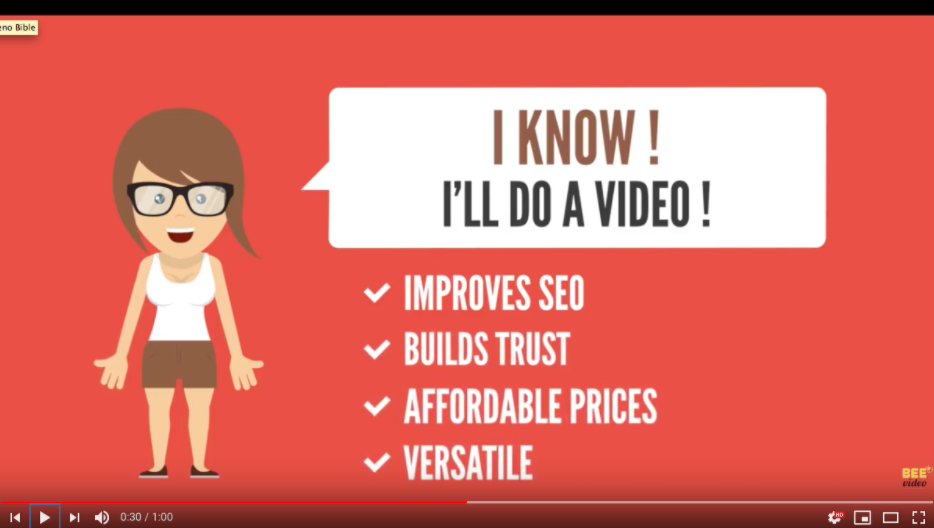 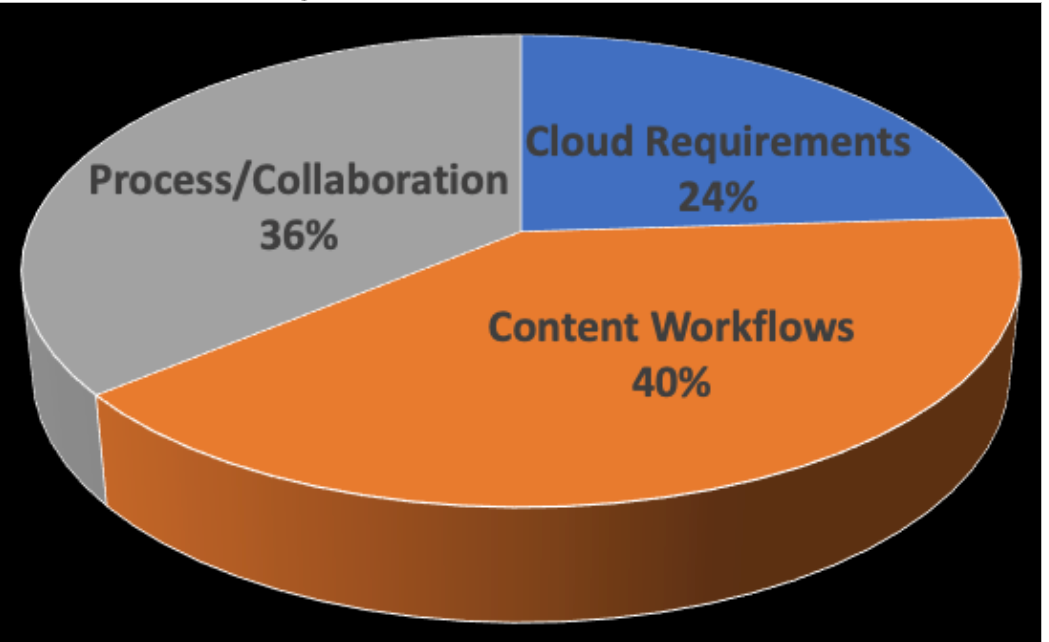 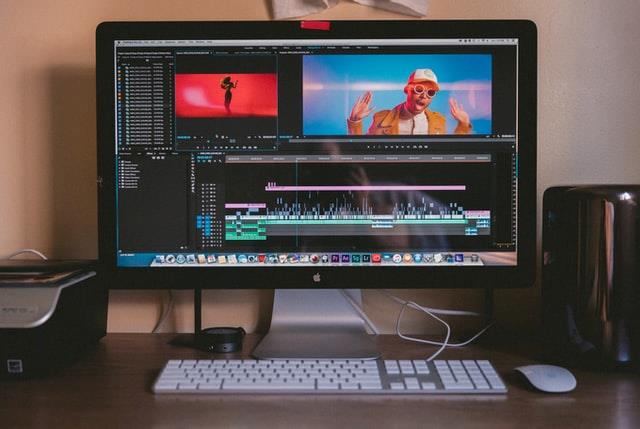