What better way to kick off the summer production season than with Cine Gear Expo? Held at The Studios at Paramount, Cine Gear Expo was clearly the place to be for media professionals. There were scores of new product demonstrations along with expert panel discussions, awards and special screenings.

There's always something new and interesting to see at Cine Gear. This year was no different. Let's start with Atomos and their surprise announcement of the new Neon series of 4K HDR monitor-recorders.

With expected delivery in the second half of 2019, Neon will be available in four sizes: 17-inch, 24-inch, 31-inch, and 55-inch. Neon is designed to be portable. Portability is always a real time saver and a very cost effective way of working on a variety of productions. From studio to shooting on location such as film, live event or episodic TV time always equals money. Speaking from experience, it's also all about getting the best true look monitor possible for every application, whether in the field or in post. From a practical perspective, I think that the Neon recorder-monitor series will fill that spot very nicely. 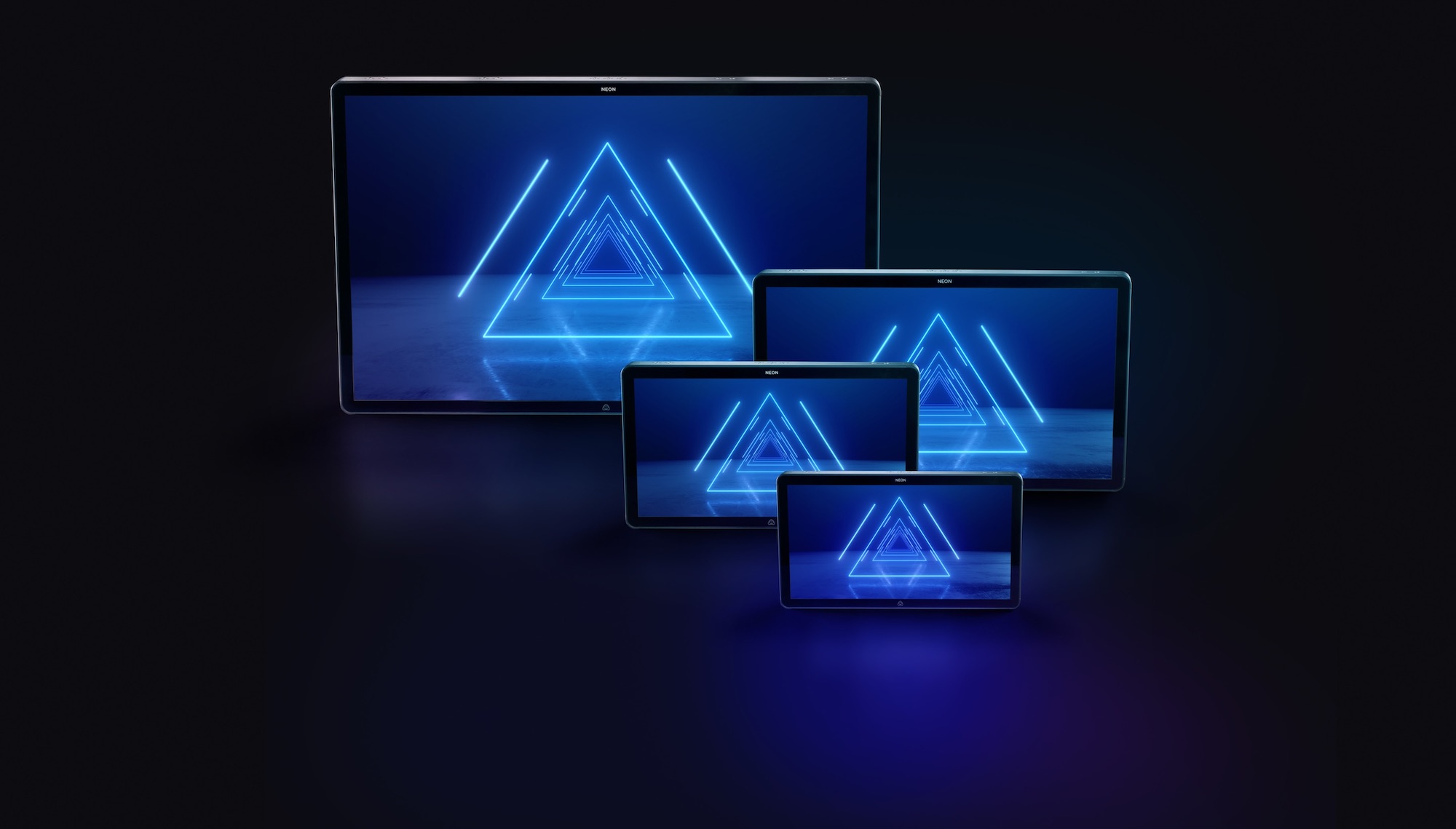 With a 1000nit display, including dynamic zone backlight technology for 1,000,000:1 contrast ratio and 180-degree viewing, Neon will give end users a clean image to work with when reviewing time critical shots.  With the built-in 4Kp60/HDp240 Apple ProRes RAW recorder capturing each take, Neon enables review and real-time playout with Dolby Vision to reality test content on consumer TVs.

The Neon series of monitors can also be controlled using the Atomos App. One can perform on-set checks in real-time using a smartphone or Atomos remote control, including focus, exposure, zoom, waveform, RGB, vectorscope and more. Lastly, for shoots that require more than one Neon, one can sync multiple units together via an Atomos App. Then at the end of filming, one can take each SSD with the captured footage and meta-data, and import into a non-linear editing suite.

Besides the solid technical specifications, Atomos has answered the bell when it comes to the needs of today’s production professional. In my opinion, the ability to have a portable recorder/monitor that allows for real-time recording and playback of what the final image will look like on a 31' or 55' inch screen will make for a very practical application. Additionally, by having multiple sizes of portable monitors, I predict that NEON will be in very high demand because DPs will be able to select what works for them and for their clients.

Atomos wasn't the only busy booth at Cine Gear. Panavision and Light Iron showed off their brand new LINK HDR system. LINK HDR was developed to address the challenge of viewing HDR images throughout the production and post-production process. Offering HDR and SDR viewing options in tandem, LINK HDR provides cinematographers, directors, editors and talent the ability to view their image at the same quality delivered to consumers throughout the creative process.

The system consists of Panavision LINK HDR On-Set Cart which is a modular cart outfitted with various monitoring configurations that offer creatives the ability to view HDR and SDR live from the camera.

An NLE process that creates HDR and SDR deliverables simultaneously, which allows editors to cut, toggle between, and export in either format.

A combination of technologies that link the creative decisions made on-set to the HDR mastering process for delivery to various HDR platforms. 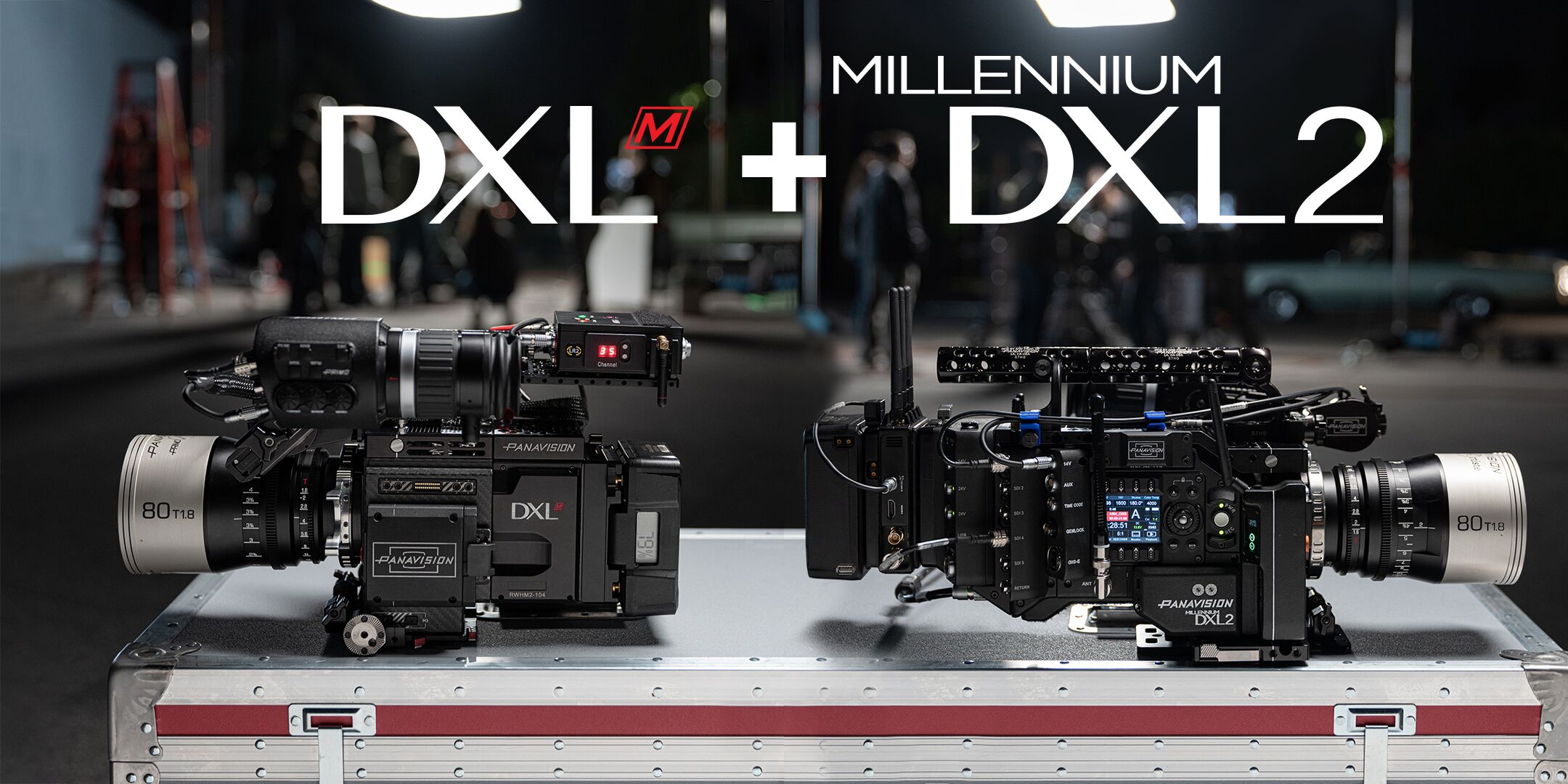 Panavision's Millennium DXL2 and DXL were also shown at the Panavision booth. With recent industry developments, the DXL2’s 6G 4K SDI outputs, now allow direct connection to a Teradek Bolt 4K with a single SDI cable, The latest enhancements to the DXL2 also include: an integrated C-Motion F.I.Z. module allowing the use of Arri WCU4 wireless lens control handsets with full lens mapping support along with a proxy workflow that allows the creation of traditional dailies while archiving 8K files for DI and VFX Lastly, a wireless audio module adds expanded audio capabilities; and DXL Control for iPhone and Android.

One of the reasons that Panavision has been the go-to cinematic choice for over 60 years is that they continue to innovate and stay one of the premier leaders when it comes to feature film and episodic production. One such example is the deep understanding of current workflows such as producing traditional dailies, along with the ability to archive to 8K. This is an important step for filmmakers as they strive to preserve and future proof their projects.

Up Close and Personal

It's always cool to get into the new and improved technical specifications of gear at Cine Gear Expo, but if that's all you're looking for, you're really missing out. Networking is such an important part of Cine Gear. Whenever I go to a show, I make it a point to always reach out to see what gear other professionals are looking at and also what kind of production trends they are talking about.

We spoke with Creator and CEO of Breezeway Productions, Alex Helisek. With busy offices in Los Angeles and New York, Alex is always energized and ready for that next big shoot. He shared some of his thoughts with me about this year's expo. 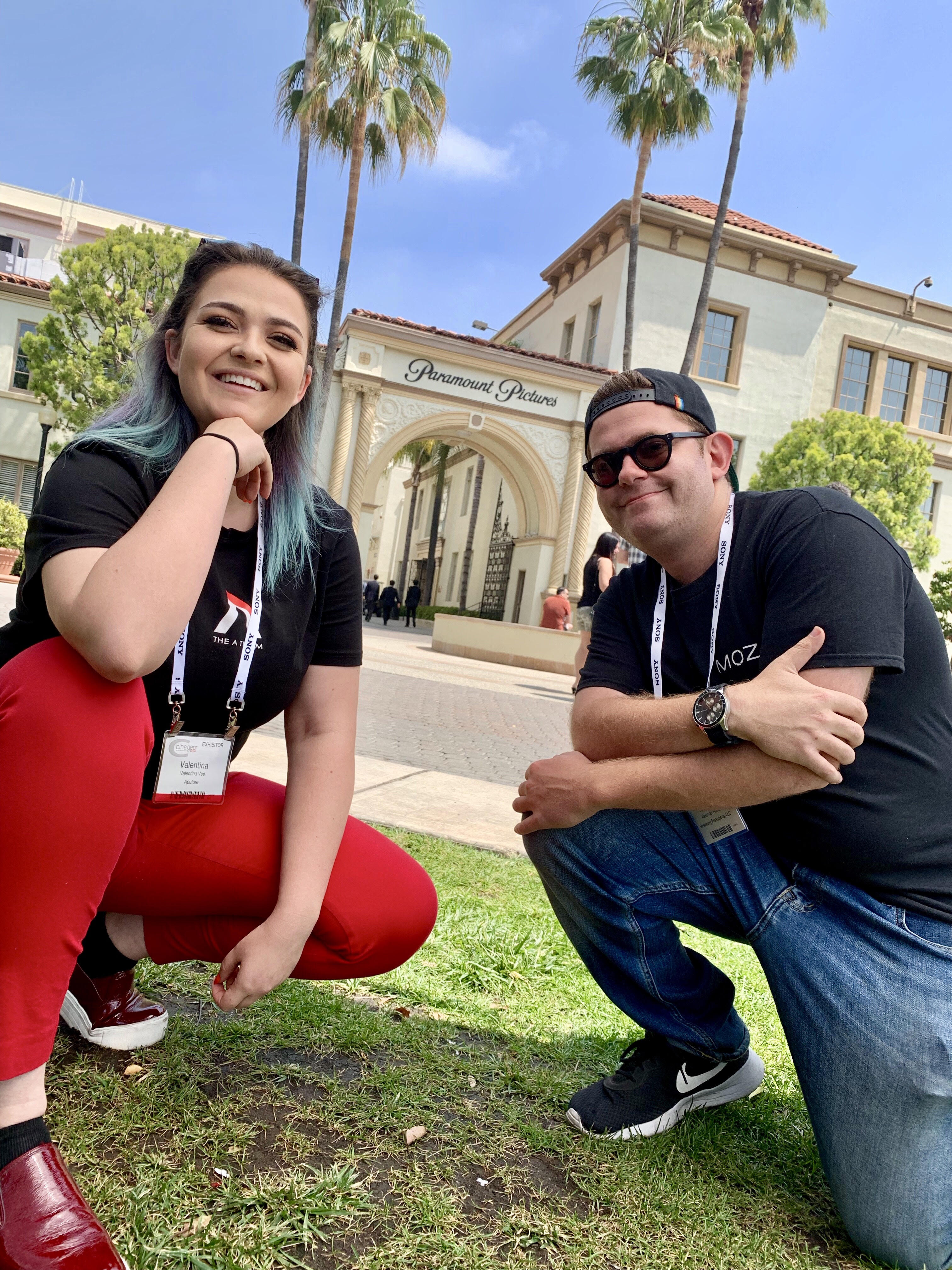 ProductionHUB: What equipment did you really want to look at this year at Cine Gear Expo?

Alex Helisek: I liked a few things I went to check out and found things I'm particularly looking forward to using, like the Atomos Shinobi. It's been on my radar for a long time and it really rises up above the rest in my opinion. We looked at Lilliput and Feelworld monitors as well. Small HD does a very good job with their equipment, but the price point is 200 bucks or more above Atomos from what I have seen so far.

Other than that, I liked SHAPE's Shoulder Rig, which I first saw when I visited the Sammy’s booth and then went over to talk to the people at Shape. It looked sturdy and the shoulder padding was better in my opinion than other ones I've seen around Cine Gear. Also, they make a Cage specifically for Shinobi Monitor, so I was looking to have that protect my tech when I get to that point in time.

PH: What were your overall impressions of this year's Cine Gear?

AH: It was a successful Cine Gear. Friday was my day to check out the vendors, meet and greet manufacturers reps and see if we could work out some deals in regards to gear. I also wanted to make connections with companies and speakers from Blackmagic Design, G-Tech, SanDisk and a few others.

PH: What was your busiest day at Cine Gear like?

AH: Saturday was way more packed than Friday, which at times made it a little overbearing for me to really get face to face with the people I wanted to see. I decided to do some of the panels and seminars. I thought they were great.

My favorite was the Local 600 Panel. It was about getting your career together, furthering your success as a Camera Operator, Director of Photography or whatever you wanted to get into. Local 600 also honored Steve Posner for his lifetime of service. I've met him before, very nice sweet caring man, he spoke like a grandfather to us. He wanted to make sure we are prepared for the future.

AH: As a busy bi-coastal producer, I thought overall that Cine Gear Expo was time very well spent. This is the kind of thing that people need to go to if they want to get ahead in this business. It was a busy and wonderful experience. I definitely plan to attend next year.

And the winner is...

What would Cine Gear be without recognition of outstanding achievements?

The Cine Gear Expo 2019 Technical Lifetime Achievement Award was presented to Kino Flo Lighting Systems in recognition of the significant contributions the company has made to advancing the art and craft of cinematography. The presentation took place at the VIP Industry Awards Reception at the Paramount Theater Paseo Grounds.

Kino Flo lighting systems recently introduced new proprietary LUT’s that balance their LED lights to the cameras. The firmware and proprietary tungsten and daylight LED emitters harmonize with the camera sensors as the color temperature settings are adjusted. But that was just in the latest of outstanding product developments for this industry legend.

The idea of portable, cool soft sources for production lighting was conceived on a Hollywood movie set by a cinematographer and gaffer more than 30 years ago. That gaffer, Frieder Hochheim, and his best boy electric, Gary Swink, went on to build the motion picture industry’s first high output, high color rendering arrays. Kino Flo was born in 1987, in Pacoima, California.

By 1995 the Kino Flo lighting systems had earned an Academy Award for Technical Achievement for developing color correct fluorescents that changed motion picture lighting. The award was followed by many more recognizing Kino Flo’s contributions in four major categories: 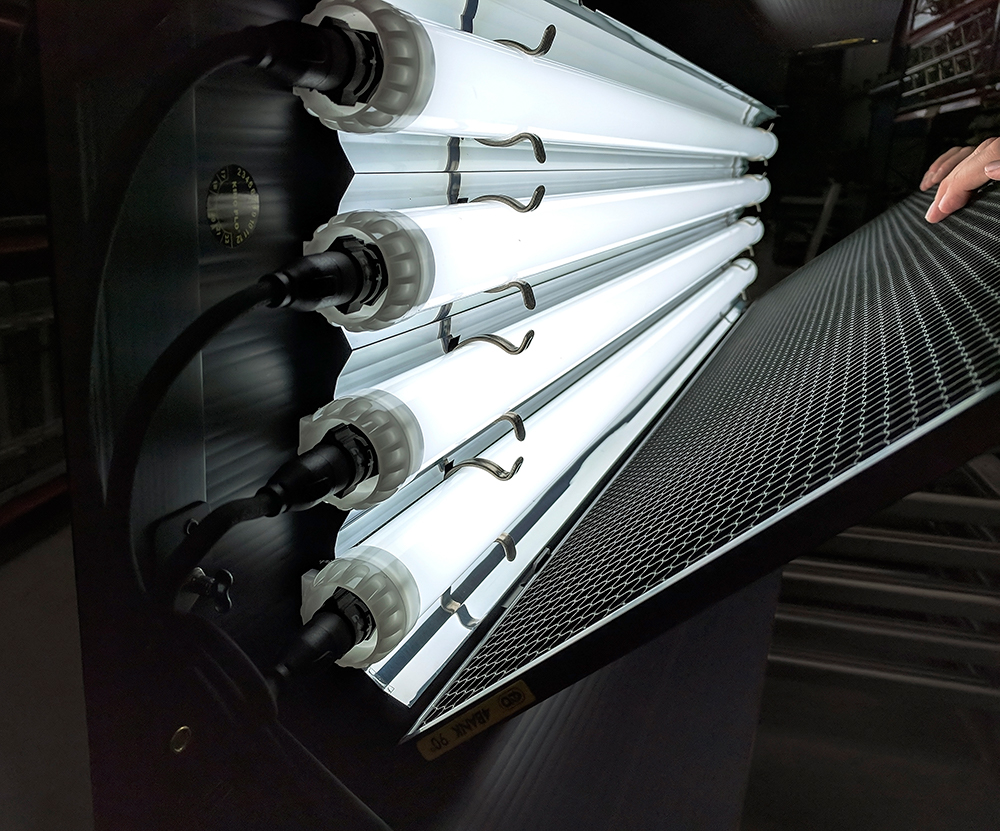 Great weather, great gear, and great people. It was a busy time and the perfect recipe for success! Be sure to check out all of our cool exclusive videos on ProductionHUB TV in the coming weeks. See you at the next shoot!