From drones to virtual reality, new advancements in 4K technology and more, 2016 has proven to be quite a big year for the industry. But just what do experts predict for 2017? What will change? What will remain the same? We asked a few experts their opinions.

Here's what they had to say: 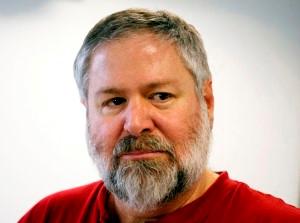 Cooke Optics sees 2017 as being the year of sophisticated lens technology that allow content creators to make better images. The adoption of /i Technology is on the rise, with more manufacturers including /i in their products, while DPs and post-production teams are seeing the time and cost benefits that detailed lens data can offer. Anamorphic will also continue to trend as a way to bring character to sterile digital images, and our Anamorphic/i SF lenses with their bespoke coating offer even more choices to cinematographers. We are also seeing broadcasters take more of a stand on the way their programming looks; whether it is series television or sports interview packages, broadcasters are looking through the lens with a cinematic view to create 4K/UHD stories. 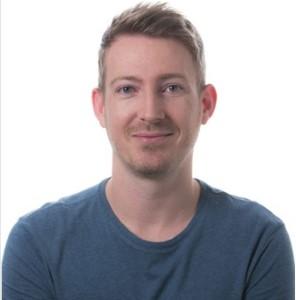 I think we’re going to see a marked increase in the use of VR as a marketing tool in 2017, with more and more marketers catching on to the idea that the way to hold a prospective customer’s attention is with a pair of branded VR goggles and an app embedded with some truly remarkable content. 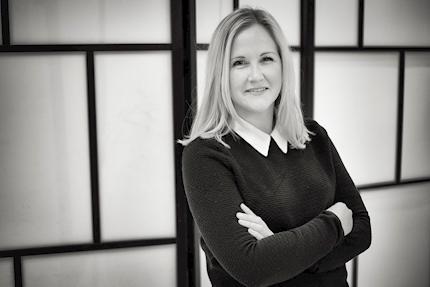 Virtual Reality is currently at the forefront of the post-production industry, and very much a technology we feel is here to stay. SGO has invested in this future by developing a toolset that confronts the challenges VR currently presents. Although VR presents itself as a new technology, we think it’s a natural migration from Stereo 3D and a technology that will change the way people consume media. Consumers have become incredibly savvy with what and how they interact with content such as games, films, TV. They now have the opportunity to completely immerse themselves in the content they choose to watch and that’s something that is incredibly challenging yet exciting. As a leading technology provider, we need to be foreword thinking in our approach to developing the right toolsets to address the challenges VR presents by considering what DPs, stereographers and colorists face when working within 360 degree imagery, and there desire to work at the highest possible quality. It’s an exciting time and the next couple of years will be interesting to see how consumer demand drives the industry. 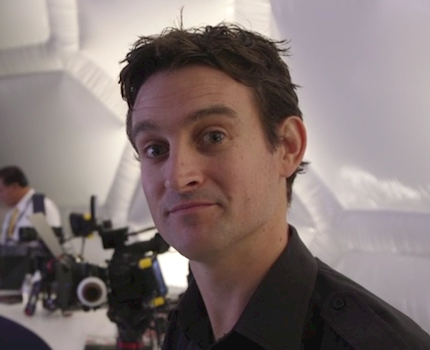 We see 2017 as being the year that HDR (High Dynamic Range) becomes the norm. In 2016, we saw lots of exciting announcements from the flat panel brands on HDR at CES in January, and we saw ourselves make huge HDR announcements at NAB in April to support the log cameras that already have HDR capability. Now right at the end of 2016 we are seeing the content providers get serious about HDR with the latest announcement from YouTube underpinning the appetite for HDR content moving forward. We believe that this is the tipping point to see HDR explode through 2017 – of all the “potential” trends in 2017, HDR is the most tangible; the log cameras people already use are HDR-ready, end users are buying HDR flat screens now, YouTube / Amazon / Netflix have all moved to HDR and the missing piece of the puzzle i.e. monitoring HDR correctly in the field has been solved by Atomos. 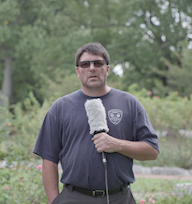 Another year has flown by and 2017 is literally right around the corner. As is the norm, we have seen a continued rise in the quality of lens and bigger sensors being offered in a variety of shapes and sizes. The question is which direction do you want to go? Bigger? More compact? The choice is yours. Many of us are in 4K now, but with 5K, 6K, and 8K (think RED, and more) I think we are going to see a continued push for as much resolution as possible. But let's not forget shooting for VR, 360, and drones. I have seen some crazy cool advanced 360, and some VR that made me almost fall over, it was just mind blowing. So as far as shooting goes, the sky is the limit. The only boundaries (I say only) are money, time, and the scope and direction of your project. You know, the small stuff.

So where does that leave us? I think some of the other important technology trends for 2017 will involve workflow and storage. I just saw some amazing products from G-Technology and Atomos (awesome for the field) and Sony with their revised mindset to be a provider of a complete work cycle of products all the way to the single person shop.

With G-Technology and Atomos the idea is to help you keep up with your current projects with the whole huge amount of files you need to record and save. With Sony, the idea is to help with the archiving and accessing of not only new files but also to capture and preserve legacy projects by converting and saving files to optical disc which has (by Sony accounts) an estimated shelf life of 100 years! No doubt, smaller drives with more capacity will continue to reshape the production landscape. 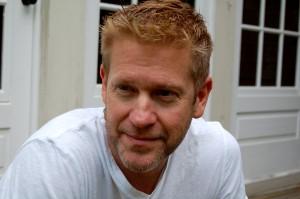 I don't think 2017 will bring any dramatic "brand new" ideas/tech. It will be iterative, but we'll see things start to heat up (and some thing wind down). I think Live Streaming is VERY hot right now, and while the big announcements today revolve around consumer social media products and services, the ripple effect will start to impact the pro space as content creators for corporate brands, and traditional broadcasters start to realize these news ways to address their audiences on line. And I think mobile live streaming for its cost effectiveness and dramatically increasing quality - will be a big driver.

I also think HDR will continue "heating up", 4k will become more the norm (we have to create content for all the 4k monitors and tvs being developed. Are you seeing history repeat itself? Just go back 10 years and replace 4k with HD - same story, different timeline. I think VR and 360 video will continue heating up. Watch for tech developers and content creators to heed the lessons of 3D and build more viable solutions, create more watchable content, and be smart about selecting their genres for VR/360. Not EVERY movie/video has to be in VR/360 (again, see lessons learned from 3D). After all, MANY of the players in this space come from the stereoscopic/3D world, so hopefully they're paying attention to lessons learned, avoiding the hype and focusing on viable solutions and good content. It's cliche, but content is king. Always has been, always will be.

My sense is we'll see GoPro continue to fade into the background. They'll continue to make great cameras, and people will use them for VR/360, but I think the whole action cam market is dying. It was fun while it lasted, but let's face it, none of us are really that interesting or daring!

Drones will continue to heat up as companies like DJI continue to dominate, and own the market. Shy of any slip ups, I don't see these guys going aways soon. And YouTube celebs like Casey Neistat have helped make the Phantom 4 and Mavic Pro household names, and has positioned them well as added tools to help create cinematic shots that stitch together a larger story.

The launch of Facebook live is looking more and more disruptive to the production world by the day although the democratization of distribution began long before Facebook got into the act. Just as earlier technologies brought about a significant expansion to the production community for pre-produced content, I believe we will see a population explosion among producers of live material. Simplification of the production studio, and help with technical training, will be necessary for the new participants if we are to maintain high production values. For years now, Panasonic has been leveraging IP connectivity features to give inexperienced video crews a leg up on new projects; and we will continue this trend into the coming year. 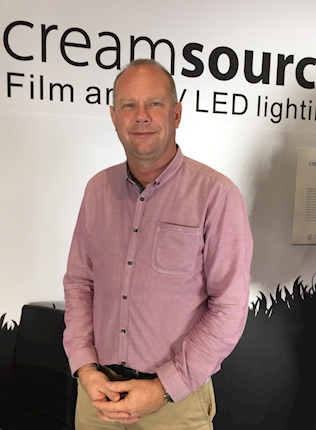 There is a lot of discussion about pros and cons of future lighting capabilities. Whatever these are there are at least three undeniable trends: reductions in power, interconnectivity, and flexibility. Right now, reduction in power is all about LED. While there is a divide between manufacturers that do it well and those that do it at a cost, the undeniable truth is that LED will be taking over Cine and TV lighting going forward. When done well, it produces excellent photometric responses, and low power means not only power bill saving but also significant cost savings in power distribution, cooling etc.

We are seeing more interconnectivity as fixtures are becoming part of the Internet of Things (IoT). No longer is a fixture a dumb item that may or may not be made smart by connecting some external control. Now the fixtures themselves are smart and will be getting smarter. The use of this technology has almost limitless scope for efficiency and production operational improvements, providing both real-time control and feedback during operation.

As for flexibility, LED will ultimately offer direct replacement for all existing non-LED features - that is a given. But more importantly, it will also offer news ways of lighting and control of light that are not possible with existing fixtures. Instantaneous colour control for DPs is creating an incredibly flexible and fast working practice that was never possible with traditional lighting set-ups. This area still has large potential for future enhancement including new tools for fixture matching and automated colour off-set control. Outsight is committing significant resource to advance each of these three areas, and we are excited about where we will end up. 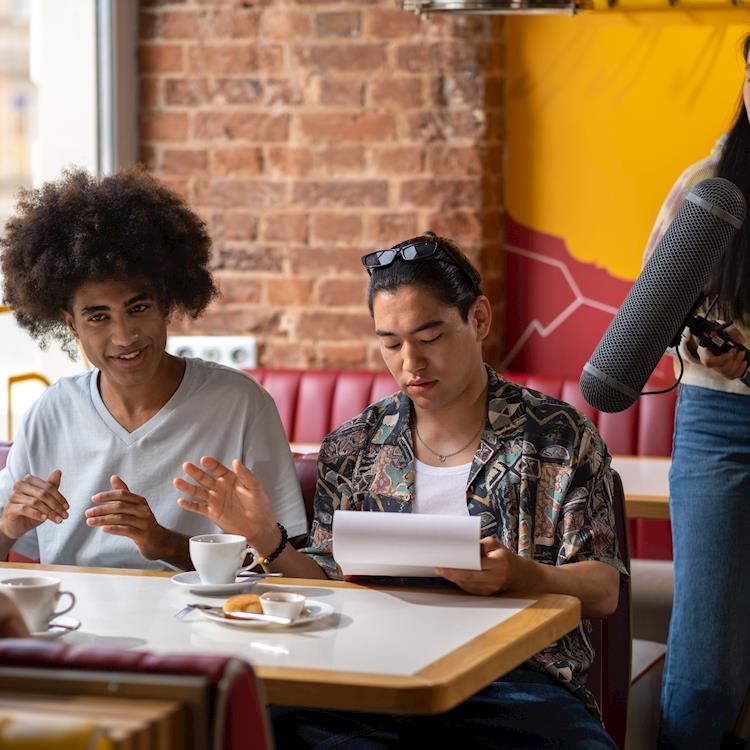 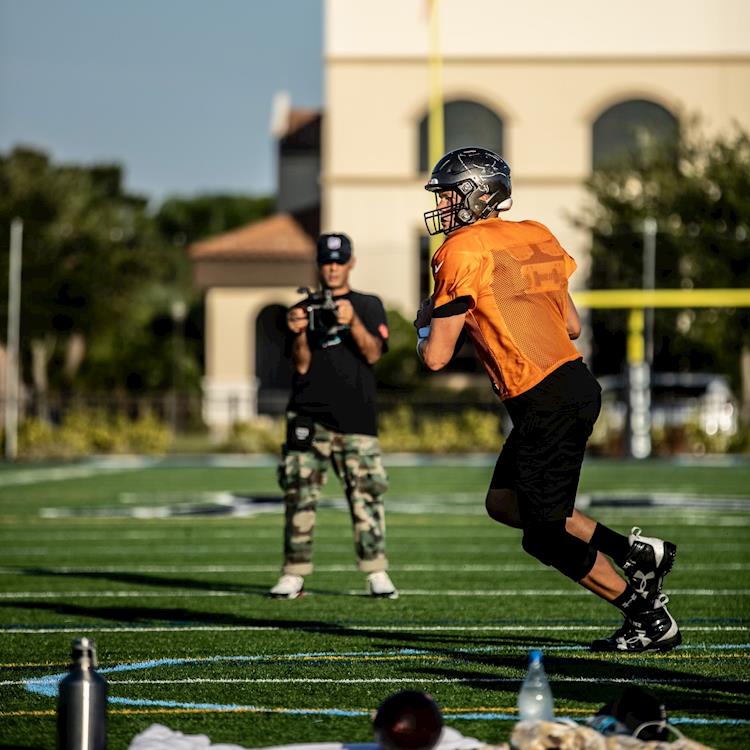 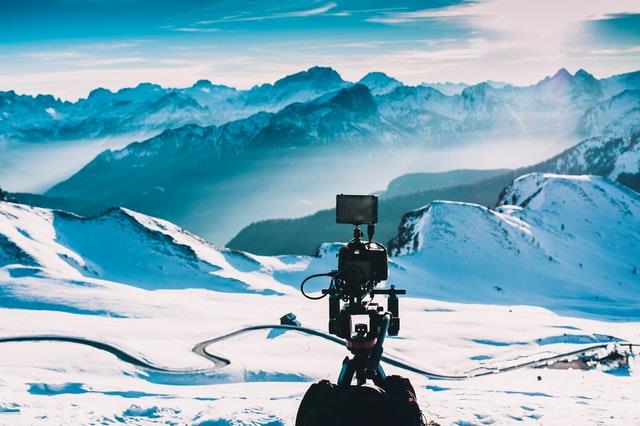