Photographer, Author, Public Speaker. These are just a few words that describe Joseph Sohm, who started as an American History Teacher and whose passion for America's past, present and future, granted him the opportunity to conceive "Visions of America," an ongoing multi-media project that aims to capture the spirit of America. 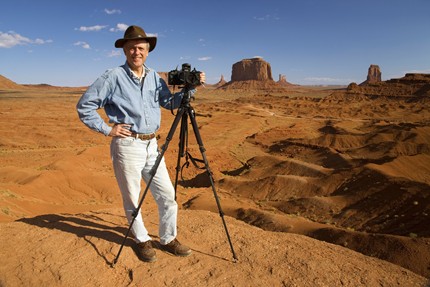 One of those, a six pound book holding the spirit of America in the form of 1,000 images.

For 30 years, Sohm has had the opportunity to travel and capture images from all 50 states. These images have been published 50,000 times worldwide a year and 500,000 timesover his lifetime through international photo agencies including Getty Images, Shutterstock, etc.

Another form -  “Visions of America – A Photo Symphony,” Sohm wrote a script narrated by Clint Eastwood himself.

Check out the video, here:

These 16 Symphony concerts were performed with three of America’s leading orchestras and attended by 40,000 people – with all receiving standing ovations.

These are just a few places you can find his work.

One of the many things keeping him busy these days is the current presidential election.

For Vice President Al Gore’s 2000 Democratic National Convention, he was the “Official Image Supplier” of Americana photographs for worldwide news coverage, network convention broadcast and live Internet broadcast. His images are featured in President Clinton’s Presidential Library and on the back-cover of President Clinton’s presidential top-selling biography, My Life.

Joe was kind enough to talk to us a little about his start as a stock photographer, techniques he uses, evolution of photography, his work on the current presidental election and so much more.

ProductionHUB: When was the first time you joined your two loves - America and a camera - together?

Joe Sohm: Like a car with a manual gear shift, I did it "over time" as I went through the gears. In 1985, I decided to focus 100% of my career on "photographing America" (excuse for travel and adventure) - and learning more about the Founding Fathers, who I love to learn about. I was preparing for the U.S. Bicentennial in 1987 of the U.S. Constitution - which I scored BIG - I got two major gigs - one with MERRILL LYNCH - producing a touring multi-media show and paid big money - and NEWORLD, narrated by William Shatner - that premiered appropriately in Philadelphia. Currently, I'm now focused on culminating this project by 2026 - the 250th anniversary of America. 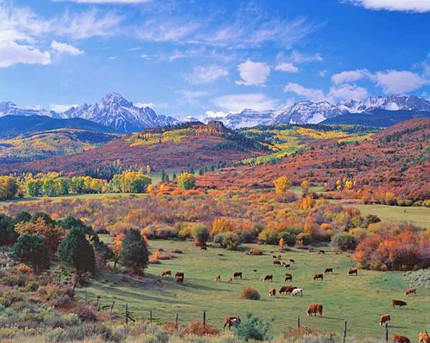 PH: What catapulted to your career to what it is now?

Joe Sohm: A bit of luck in that "Stock Photography" became a way of self-financing it all - I kept adding agents in NYC, Chicago, LA, then why not London, Paris, Tokyo (did well in Japan as they love "Americana"), etc. So stock photography was critical as I boot-strapped and self-financed. The more I traveled, the more I shot - the more I earned - by 2000, I was making a lot of money, while following my dream. This only diminished with the Recession hitting advertising sales - and then rise of Microstock, which lowered income, but by then, I had done OK.

PH: Are there certain techniques you favor when you are shooting? If so, what are they and why?

Joe Sohm: Many - always use polorizers in sunlight areas, shoot cityscapes 15 minutes after sunset to get deep blue sky - not black, don't use much flash as it looks cheap. Photograph people when they are doing something else - not looking at you. I am obsessed with 3 to 1 Aspect Ratio PAN images, get GREAT locations - rooftops - helicopters - mountain tops.

PH: How selective are you when taking photos? How do you decide which angle to approach?

Joe Sohm: I take as much delight in deleting images I took (these days digital is cheap - and not $3 a picture as my pan camera was) - shoot multiple angles - and verticals always of horizontal subjects, for book and magazine covers. So multiple angles when image warrants it.

PH: How does your music choice with your videos enhance / connect with your photos?

Joe Sohm: I was FIRST a musician from 18-28 years old - and started projecting images to our band's music in a planetarium, became fascinated with photography because band politics (from Beatles to Ramada Inn Circuit - US) are bad. I wanted something I could do by myself - travel - see the world - and make a buck. Before pronounced "Americana theme".

PH: In your opinion, how has photographing history evolved?

Joe Sohm: That's a biggy - and I can focus more on film to digital - and "YES digital is better" - it does have a "look" - but it's cheaper to shoot, has higher resolution than film, and you can change ASA in middle of a roll. In film you got 36 shots and were committed to "ONE ASA" - and couldn't change it. Also, before I waited 2-3 weeks to see all of the film at once at the lab - when traveling, now I see it on my laptop in the car after photographing the subject. That is important, as on film, you could be making mistakes for three weeks before you know it! 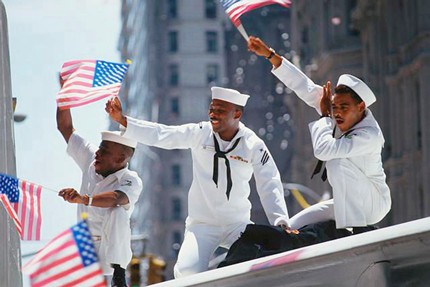 PH: Describe the process you go through to edit, produce, choose music, etc. for your videos.

Joe Sohm: I shoot shoot shoot - then for days delete delete delete. Then I process raw files and crop, crop - then ultimately make 4-5 file sizes TIFF are 151 megabytes with new Canon Camera 5DS - then JPEG 12, JPEG 10, JPEG 5 (HD VIDEOS) and THumbnails. Before that write captions and keywords - and embed into IPTC field, which is all very time consuming. Then I insert onto multiple HD's - and into IPHOTO for videos.

PH: To you, how does a photograph capture a piece of history? And how does that tell a story better than words can?

Joe Sohm: Words are more easily manipulated, as we see in this campaign, by "context." Pictures are a bit harder to lie - i.e., if Bill Clinton is caught in a photo making eyes with Monica Lewinski - as he was in that infamous Time Magazine cover, I think we know what's going on there. Pictures are "records." Words are "interpretations or paintings" of what happened?"

PH: What inspired "Visions of America"?

Joe Sohm: I had three major influences in my life: The Beatles as a musician; NASA Walking on Moon - inspiration - and did some work for Planetariums, etc.; and FOUNDING FATHERS of "America" - as I always believed as a US History teacher that America has changed the world, and is the most important event of the 2nd Millennium. This is a big statement but what else would count? Guttenbergh in printing press? Columbus' discovery of America? Walking on Moon? America changed everything, and continues to for two centuries and we are still the most dominant nation - economically, culturally, artistically and militarily - in world history. THAT is something I wanted to be part of - and "do my part".

PH: How is your storytelling evolving through the years?

Joe Sohm: Going from "photos" - to "adding music/songs" to "public speaking" - to seeking a larger audience via moiton picture (which is my next project) - following Symphony Concerts. So it's finding new methods of telling the same story.

PH: In your opinion, why is it important to preserve history through photography?

Joe Sohm: Abe Lincoln said "Matthew Brady made me President" - referring to a picture taken of him on Harpers Magazine cover, before he was elected. Photography - can "make or break" a President - or capture a moment - without too much discussion about "what it meant." Again, words are different - think paintings - maybe reality? Photos (mostly) are reality - words are poetry. That's why we "campaign" in pictures and govern in words.

PH: How do you make sure you / your photos stay unbias?

Joe Sohm: I just try to get the best possible shot of each candidate - Trump, Cruz, Clinton, Bernie, Rubio - it's really easy, just capture that person the best you can as I'm really doing "beauty shots" of each guy/gal - and not biased as a result.

PH: What process do you go through to shoot during the election?

Joe Sohm: Find out where the candidate is going to be - and get on the entry list. Write emails, drive to the location, get there early - and sit on your thumbs for four hours waiting for them to show up. Bring a book!  Knowing where/when they are coming - and having an idea of who is going to win - as America is disinterested in LOSERS! 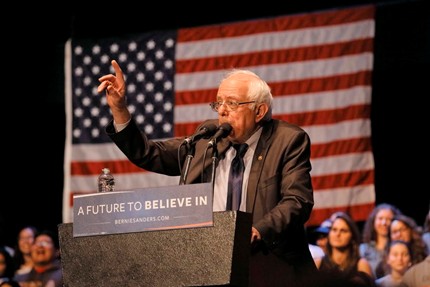 PH: Why do you feel it's important to take images of the presidential candidates?

Joe Sohm: As I said, PRESIDENTS R US - it's the only thing 300 million Americans participate in (really about 130 million vote) - thus it makes the "body politic" - hole.

PH: How do you handle other photographers who are itching to get the same shots as you?

Joe Sohm: They are helpful to me, making room for me, so I'm helpful to them when possible. I lost $4,000 worth of lenses in Vegas one month ago - and campaign, casino and journalist for FOX TV - turned it in. I was SO relieved as it was "alot of glass" - I forgot them on the camera stand the night before and they turned them into the Casino and called my wife to tell her, before me! Then on the Trump victory in Nevada, I had "no room" to poke my lens through, and the big-NY Times Photogs., etc. - all made room for me without me even asking. They are nice to me - so how can that not make you feel OK about it all? 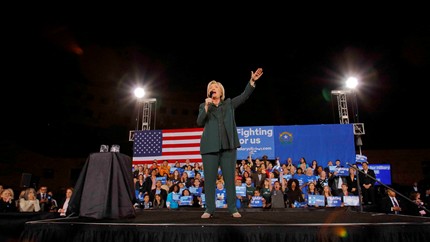 PH: How did you get the opportunity to shoot the candidates?

Joe Sohm: SHOW UP - that's it. Carry a big camera and talk your way in! Best free entertainment in America - these rallies.

Check out the launch of Joe's new website, joesohm.com, for TONS of  images, galleries, music, music-videos, celebrities, etc! And you can find out more about "Visions of America," on it's official site as well.

All images are Copyrighted http://visionsofamerica.com/ Joseph Sohm - All Rights Reserved 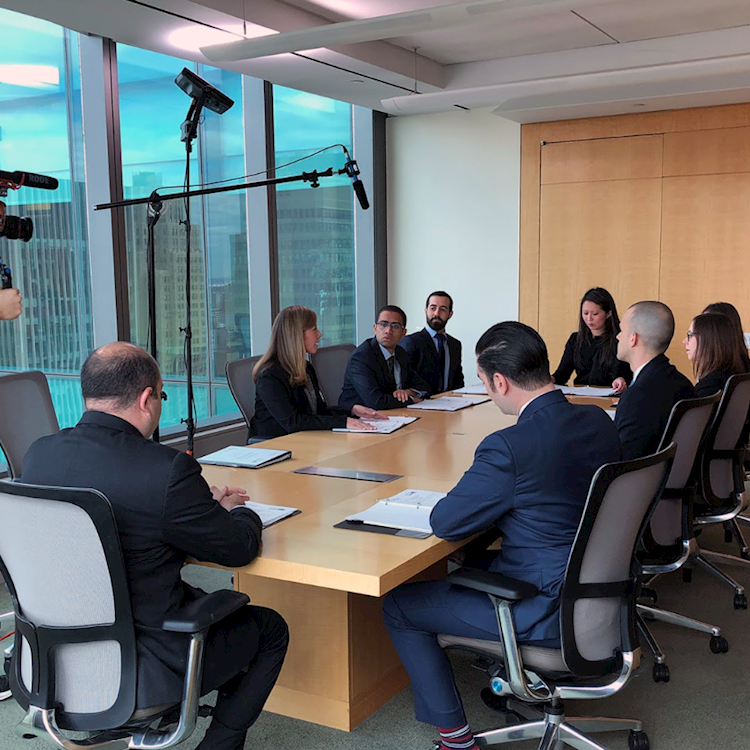 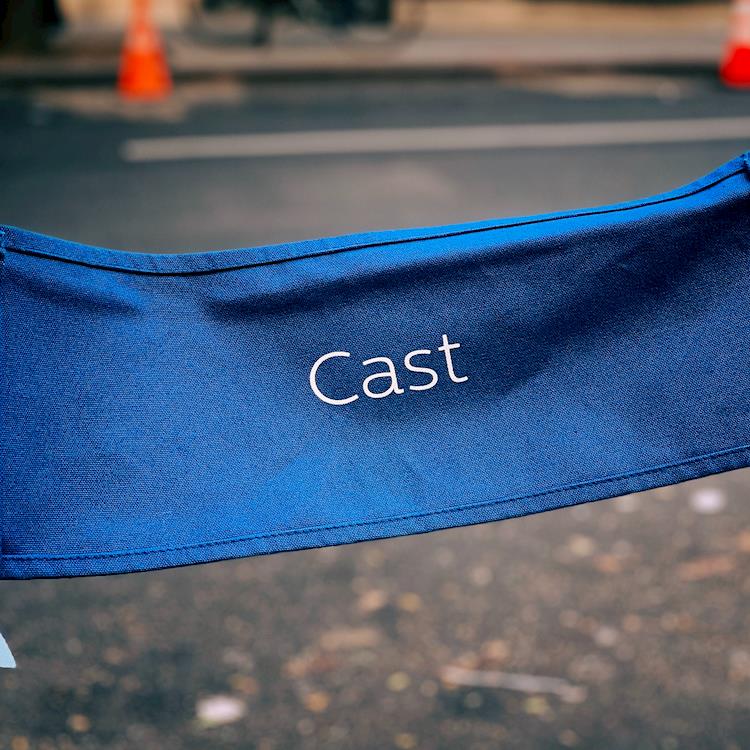