The making of a game cinematic is a large undertaking, but the end results are fruitful to creating interest in a video game. Without a cinematic it is very hard to generate the desired customer anticipation for an upcoming release. The art and elements of the cinematic are inspired by the game, but It’s more akin to a promotional short film or commercial, rather than an exact example of the finished product.

The art elements within a video game, or assets, must be downgraded to a lesser quality in order to be optimized with certain game engines. The games themselves must operate within very strict technical limitations in order to work, and sometimes that means compromising the quality or complexity of the art elements within the game. Due to this compromise, some studios want to make a video that shows off the concepts of their game to the fullest extent and promote interest while the game is in development or to help further drive sales. Some mobile games are more of an ongoing service with continual updates to keep people playing, so it’s good to have continuous promotion to keep people hooked and remain active. 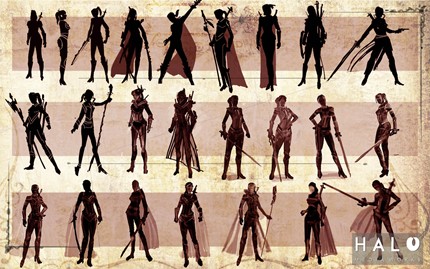 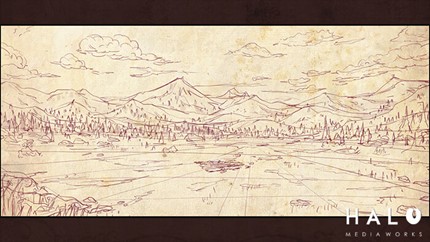 Idea Stage: Brainstorming
Themes and ideas are drawn from the game in question and fashioned together with an original story in order to create a compelling cinematic. Our particular cinematic was created after the formation of our team, many of whom have previously worked on various feature films and TV animated productions. To start, we had to come up with an idea from scratch. We started thinking of different concepts and stories. We choose to keep it simple and with story it matters with how well you tell or convey an idea and make it interesting. We eventually came up with the idea to have an intergalactic space warrior­woman come down to earth to defend it from an evil force. Our team collectively thought that would be awesome because space warriors are cool and we can make it have cool effects. It gave us creative freedom for our first project together.

The idea behind our character, Angel, is a warrior from space who exhibited both sci­fi and fantasy elements.Our team drew heavily upon some of the films and shows of the 1970s and 1980s, such as He­Man, Flash Gordon, and Barbarella. The enemy of Angel came in many forms, starting as a monster bursting through the ground, however in the end we decided to go in a more esoteric route and developed a ominous and mysterious evil force. 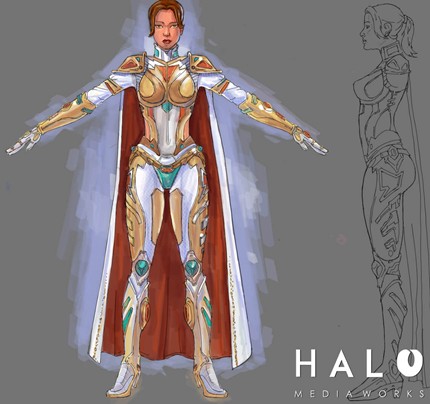 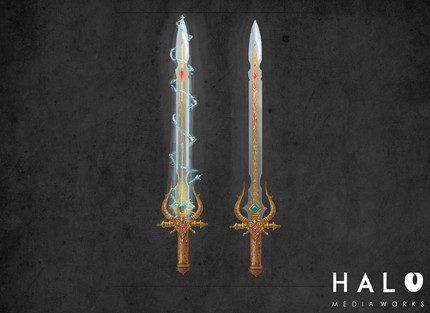 Storyboard and Animatic
After our team came up with the basic concept for our story, we fleshed out those ideas thru the storyboarding process. At this point we start thinking of types of camera angles we wanted, and how a compelling narrative would be shown to help generate curiosity and interest, while still being easy to comprehend in the short time allowed. The storyboard process is like having to piece together a really long comic book. All of the ideas and rough sketches are put into an editing program with a rough estimate on the timing of each scene. This is called an animatic, and teams use it as a guideline for the rest of the animation.

During this process, our concept artists conduct research and develop what their character, environments, and visual effects might look like. A lot of the process is design work and a good team will try to gather many reference images to use in order to establish the best possible look. 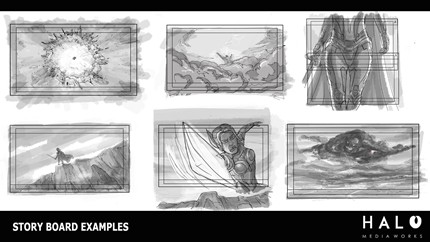 3D Modeling / Environment
While the story and directing elements are developing, the characters and environments are being modelled in programs such as Maya or ZBrush. Every tiny detail, including each blade of grass, must be created in order to make appearances and design match a desired theme and be as believable as possible. After all, we are trying to create a living, coherent world from scratch.

The work involved is tremendous, and the bulk of that work is devoted to the main character. She needs to be appealing while fitting into the themes of her respective game, or people will lose interest. Color and detail is done by texturing and painting dozens of flat images which are used to wrap around 3d models. This process creates everything from her skin, to her wardrobe, to any accessories. The accessory we concentrated most on was her weapon, as we needed the sword feel and look powerful. Backgrounds are painted as single images and are known as matte paintings. Teams also need the materials to react differently in lighting, such as wood and metal, which look and feel very different and react differently to light.

Rigging, animation and VFX
In order to get a character model to move properly, it must be rigged. So to help explain what rigging is; computer animation is similar to stop­motion animation in which a puppet is moved around a set frame by frame. Within a real­life puppet there are wires and ball joints to help rotate the arms and legs in order to make a stop motion armature able to move, similar to an action figure.

The same thing needs to happen with a 3D model within the computer and knowing computer scripting languages helps with this process. The process gets rather technical, the best way to explain it would be describing it as visual coding with lots of creative problem solving. Taking common tools and using them in very complex ways in order to achieve a result. It is the engine that makes a character work. But at the end of this, is that we have a 3D character able to move and be animated!

Character animation is similar to acting, but takes much longer to execute than a scene in a traditional film or theater performance. We must move the 3D character frame by frame in order to make Angel feel like a real and believable character. Sometimes motion capture technology is employed to do this. But our animators film themselves performing and moving so we can study how actual bodies move and react to similar situations and apply it to the 3D puppet. Because in order to make motion look like real life, we must study real life!

Lighting/Rendering/Compositing
Lighting, rendering, and compositing is the step in the process when everything starts coming together. After all the aforementioned work is completed, lighting artists start to bring light into the world. Each photon particle is traced and calculated. These artists have to know how these photons/lights bounce off objects and how things reflect, similar to someone using cameras and lighting within a real photo studio. Lighting artists simulate and think how light would react to a physical glass camera lens, as well as how light would react to traditional film to make the computer rendered imagery look and feel realistic as if it was going to create a negative of a film. The final output can take a very long time because of a process called rendering. It’s not unusual for renders to take weeks to complete due to the vast number of specific calculations required to calculate.

In our production house, we split the image into multiple layers of information. We separate the shadows, reflections, and color in order to better adjust the final quality of the art, much like color correction done in live action films. Compositing artists put the images together (sometimes also using live action backgrounds for VFX) and fashion them into the desired end result. Any slight errors in the rendering are filtered out because it would be too costly and time consuming to re­render and meet deadlines. Compositors are the photoshop artists of the 4D medium.

At the end of the process, we have a finished product that can be used to promote a game. An animated cinematic very often represents the entire image of any video game. Creating a worthy cinematic takes time, but it is time well spent. Having an art piece to compliment and bring attention to a game is rewarding in aesthetic value, and essential to proper promotion and marketing.

About the Author ­ - Jeffrey Simonetta 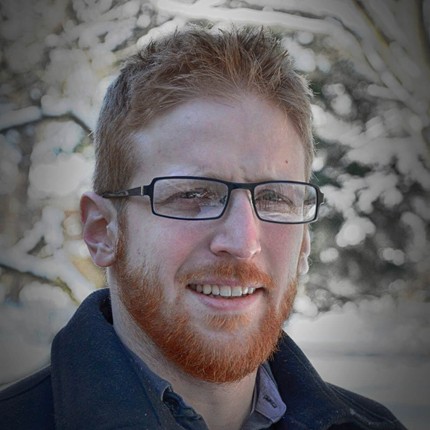 Jeffrey Simonetta is an Animation Professor at Cleveland Institute of Art and the Creative Director for Halo Media Works, an animation studio located in Cleveland, OH. Halo Media Works specializes in doing Character Animation and VFX but they can offer the entire package across many industries. Whether it be Medical and Architecture or Video games and CGI Animation. HMW can offer offer the very best in quality art assets, animation and visualization. Jeff knows the full 2D/3D pipeline from the production standpoint, education, and business side. When using Halo Media Works you can safely bet that your projects are overseen by someone who is very passionate, organized and knowledgeable for his craft and will only deliver creatively and with utmost quality. 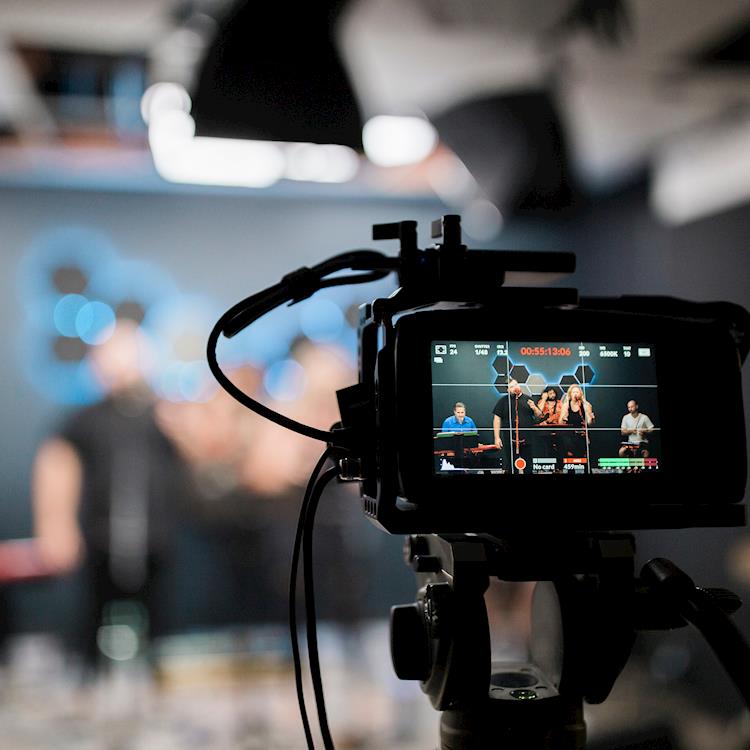 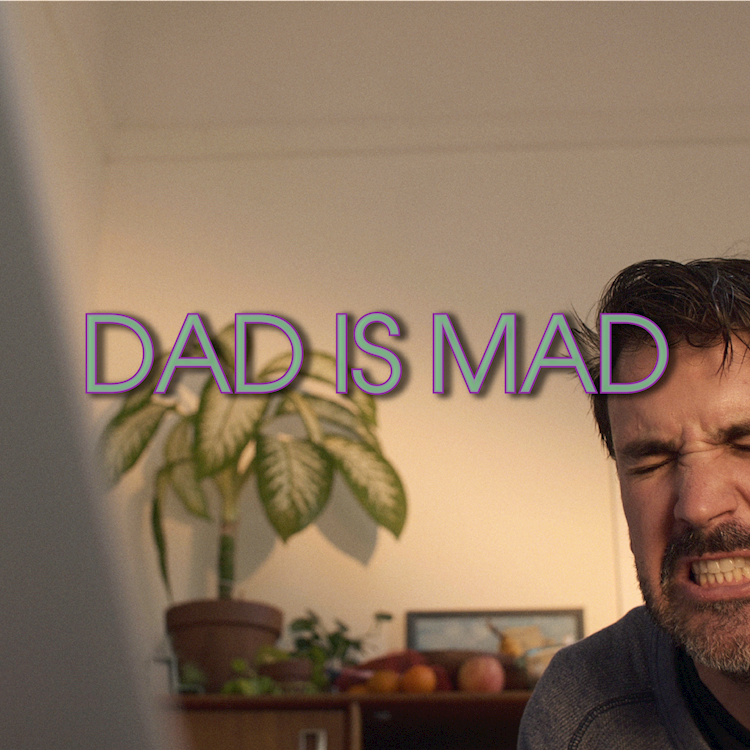