In Russian Doll’s second season, rather than being stuck in a time loop, we see Natasha Lyonne’s Nadia travel decades through time, via the bodies of her family matriarchs. Throughout its seven episodes, sound was utilized by building to enhance Nadia's place in the universe and in her own head. Sonically, this ranged from silence to heavy low-end ambiances, and modulating tones beating upon themselves to create a rich palette for the story to take place.

Switching gears to a different strange universe, Lew was able to utilize his talents building the sonic world of The Pentaverate, created and written by Mike Myers. The series surrounds a secret society of five men - all played by Mike Myers - who have been working to influence world events for the greater good since the Black Plague of 1347. One unlikely Canadian journalist (you guessed it, it’s also Mike Myers) finds himself embroiled in a mission to uncover the truth and just possibly save the world himself.

PH: Hi Lewis! Can you share a bit of your background and dive a little deeper into sound editing and mixing?

Lewis Goldstein: I started in the business as a Machine Room Assistant threading mag machines. Back then, the audio was analog on a magnetic strip on what looked like 35mm film; this was the audio playback medium. The machines were mechanically connected to stay in sync, and each had a single track or four audio tracks. There were a lot of them. The company New England Digital came in demonstrating a machine called a Synclavier; it was one of the first real practical digital editing systems. It was amazing what it could do. I wound up working with the Synclavier for many years and on many projects. It became second nature to me. I always enjoyed cutting sound effects, but later, I got very into dialogue editing as well. When Pro Tools began to evolve, its Integration of editing and mixing and processing allowed me to really start working as more than just an editor… but as a mixer as well.

PH: How do you determine what projects to say yes to? Do you have specific criteria?

Lewis Goldstein: A lot of the time, it comes down to the people. I’m more apt to work on a film with good people who have a vision than necessarily a large budget. I have worked on a very diverse base of projects, both content-wise, and budget-wise, which has kept it fun and interesting. I’ve been very lucky to have had the chance to work with some amazing filmmakers.

Lewis Goldstein: I have worked as a sound editor with some fantastic sound supervisors over the years. However, the biggest influence has been the projects themselves. The sheer amount of editing and mixing I have done has really expanded my abilities and insight into the work. In addition, every Director, Picture Editor, or Producer I work with on a Film or Television show teaches me something new.

PH: How did you become involved with Russian Doll season 2?

Lewis Goldstein: We had been working with the production company that produced both seasons. And when I initially met with the showrunners, we hit it off immediately. I was excited about their vision for the show. It was an enjoyable, creative collaboration in both seasons. It was intense work but enjoyable and creative.

PH: What was your approach to achieving sound this season?

Lewis Goldstein: We started listening to the work Picture Editor Todd Downing did in the picture edit. Todd has a great sense of design and layers, and his sound design worked very well throughout and was an amazing road map. We had also delivered to him many of the tones and specific effects, and design elements from season one to help him with this season’s cut.

This season was about time travel, so we worked to give all the new locations and periods specific flavors and textures to help the viewer feel where and when they were. For example, in the 1980s, New York City was grittier and louder than present-day New York City. You can hear that 1940’s Budapest has a different texture and feel than 1960s East Berlin.

We also wanted to add very subtle design elements to scenes that were slightly out of the ordinary to make sure they felt odd or different from Nadia’s real world. Just little things to help make the alternate realities feel different and off. It might be a slight effect to her voice or a weird low-end thing to a car-by or camera pan, just to heighten these realities a bit when we aren’t in her normal world.

PH: Can you talk about some of the challenges you encountered and how you handled those?

Lewis Goldstein: Many of the challenges were with the time to accomplish what we needed for the creative treatment of the show. We were on a very tight schedule, and it was important for us to work with the episodes individually and as a whole season. Directors Natasha Lyonne, Alex Buono, and editor Todd Downing wanted to watch episodes back-to-back several times to see how they felt together. We worked really hard to make sure we could see and hear how the episodes related to each other and how all these different time periods worked together. There were many recurring elements in each episode, and continuity was important. Also, with the amazing music in this season, it was important to get a complete picture.

PH: Switching gears a bit, you also recently worked on The Pentaverate. Can you share what was the sound approach for this?

Lewis Goldstein: The show needed an off-kilter retro feel. Editor Joe Krings did great sound work during the picture edit to set the tone. We filled in things and added designs for all the different locations and weirdness within The Pentaverate. Mike Myers was always looking for the funny aspects of the sound, and he really has a fantastic ear. Tom Ryan and I spent a lot of time making sure all the sounds Mike liked had their place and that the dialogue and jokes all landed where he wanted. It could be as simple as a specific phrasing or a syllable. He was really focused on dialogue no matter what else we had going on around it.

PH: Do you have a favorite sequence you can highlight?

Lewis Goldstein: The last episode of the season was a lot of fun to design and mix. There are many abstract effects moving all over the place in space, building to a finale that really ends the season well.

There’s a scene in a hall of mirrors that Tom mixed that sounds excellent and is just so funny. The vocal processing has lots of swirling echoes and reverbs and sound design…it’s just fun.

Lewis Goldstein: We just finished a film directed by Jason Moore with Jennifer Lopez called Shotgun Wedding. It’s a romantic action comedy that just had such a range of things to do on it. Jason and Editor Doc Crotzer, and I had a great time mixing it.   I also just finished Jerry and Marge Go Large, directed by David Frankel; that was also fun to work on and a sweet film. 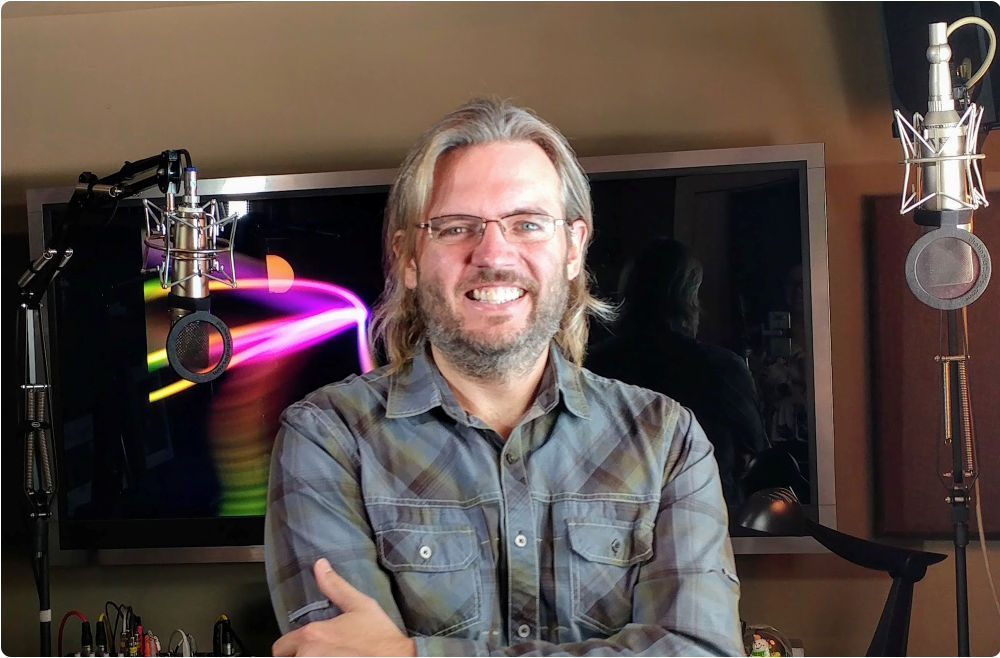 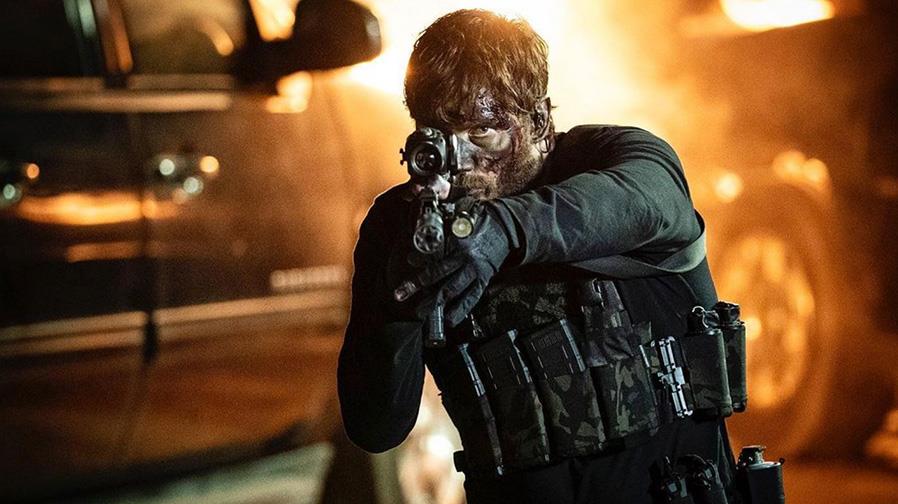 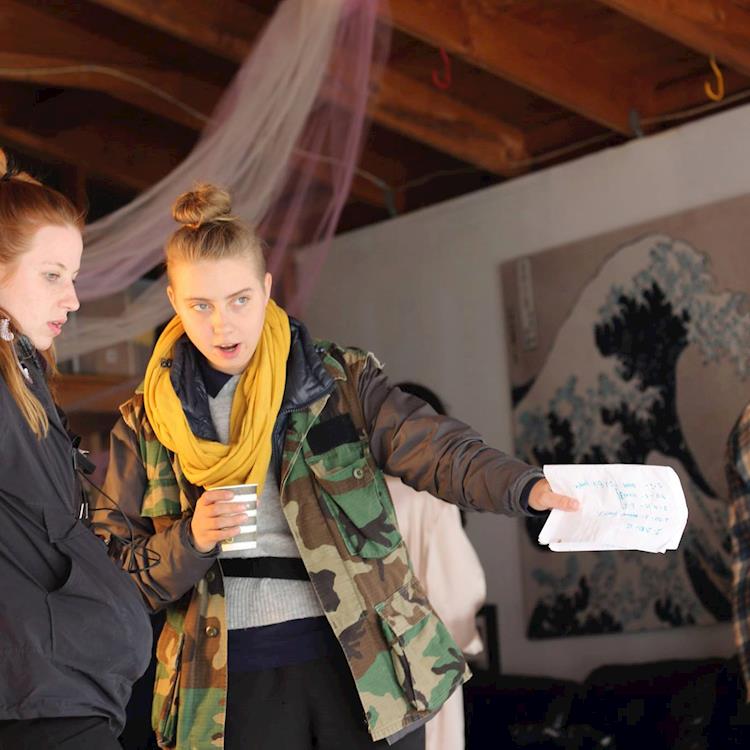 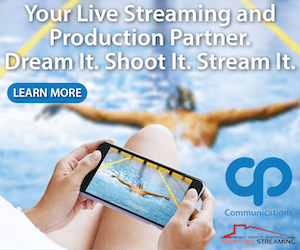