SmartStudy, the creator of the pop culture icon “Baby Shark”, recently released ‘Pinkfong & Baby Shark’s Space Adventure’ on Netflix, which was ranked 5th in Netflix’s ‘Today’s Top 10’ movies in the United States, establishing itself as a leading global entertainment company.

How a prompt response led to a worldwide viral hit

SmartStudy didn’t expect Baby Shark to be such a global phenomenon from the beginning. The content’s success was greatly attributed to the employees who tracked customer reactions and responded quickly and strategically. The Baby Shark Dance fever started in 2017 when Indonesian viewers voluntarily uploaded a dance cover video with #BabySharkChallenge. Two employees who saw the number of views rising in real time flew to Indonesia the next day to participate in local broadcasts and events wearing Baby Shark costumes. Afterwards, they collaborated with several celebrities and influencers to create a thank-you video for fans, encouraging viewers to share their own cover videos to ‘Pinkfong Baby Shark’.

As a result of the agile response to customer reactions and the ability to provide a vibrant customer experience, the #BabySharkChallenge spread throughout Southeast Asia and has since expanded to Europe and the Americas.

Global content production, interest in the world and cultural inclusion are essential

In addition, since they are supplying content in 20 languages around the world, there is a detailed localization process in place for all content. While embracing various cultures, they’re also careful in design so that the image of a specific country or culture is represented appropriately. SmartStudy examines trends across different cultures and generates content that will speak to the local market.

SmartStudy, which has been on a rapid growth path in recent years, is undergoing a change in the way it works. While the pandemic created many shifts in workplace environments and workflows, SmartStudy was able to maintain advanced efficiency.

As Pinkfong’s popularity grew, it was necessary to quickly create a large amount of colorful content, so a quick and efficient workflow were essential. Adobe Creative Cloud played a big role in creating this.

SmartStudy content is created using Creative Cloud tools. A rough sketch design and video storyboard are produced with Adobe Photoshop, and the rough sketch is developed as a final output design using Adobe Illustrator. Storyboards are brought to life as animatics using convenient design tools such as Adobe Animate, Adobe After Effects, and Adobe Premiere Pro. After checking the overall direction and timing with animatics, the designers start working on the video using Animate, and when the video is complete, they complete it through compositing and post-production in After Effects.

Heesun Byeon, production director of IP Group at SmartStudy, said, “Most of the external production companies we collaborate with use Creative Cloud, which has been a huge help in terms of efficiency. With Creative Cloud, assets can be moved and converted easily. This enables stability and for us to work efficiently resulting in increased accuracy and timely communication and feedback.”

On average, SmartStudy is currently producing more than three pieces of content per day. Creative Cloud allows creators to link assets between programs, so they can use different resources flexibly. Thanks to this flexibility, the workflow process has been streamlined enough to produce a one-minute video that once took a month, in the space of a week.

The secret to SmartStudy’s ability to maintain such advanced work efficiency is the result of constantly exploring and applying new methods. More recently, they’ve been trying to automate their animation creation tools. In order to build a smart production environment, they are researching ways to quickly implement various movements with easy operation.

They are currently testing various features of Adobe Character Animator. Features like Face Tracking, the Walk behavior, and Triggers greatly improve the convenience and ease with which they’re able to work. With a single setting, Character Animator enables fast manipulation of a character’s facial movements in real time, regardless of the shape of the character, and production of motions tailored to the character, including walk cycle. The software’s keyboard trigger allows easy control by letting users save motions frequently used by a character. These features are expected to increase work speed considerably.

“Character Animator allows users to expand the scope of video planning by enabling the animation of actual products and pencil drawing, as well as complete vector design. Additionally, it speeds up and streamlines the process of new character development and enables preliminary animation testing in the initial character concept establishment process,” said Byeon. “Such advantages allow developers to focus more on producing actual videos, and in turn, contributes to greater work efficiency.”

SmartStudy is currently focusing on strengthening long-form content that adds stories to popular IPs. In the future, Heesun said that she plans to focus on expanding the main fandom and Pinkfong worldview by developing various content through storytelling that adds colorful textures, spatial sense, and bold expressions to the existing design.

What new characters will appear in the Pinkfong universe? As SmartStudy responds quickly to customer reactions and always pursues new attempts, the birth of another Baby Shark is expected. 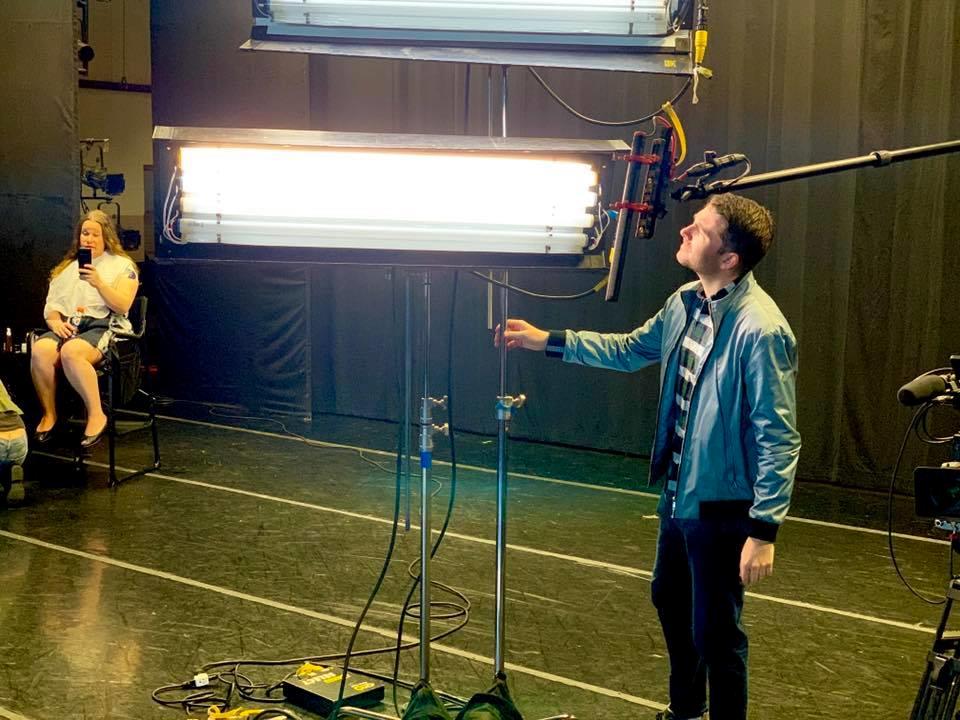