Mark Schulze has been an entrepreneur since graduating from UCSD in 1981, when he started his video production company, Crystal Pyramid Productions. As he added more equipment, experience and talent to his arsenal, he began acquiring prestigious international clients like UPS, Oprah, MasterCard, Extra and others and has won multiple international awards for his skills.

In 1982, Mark was joined by his lifelong partner, Patty Mooney.  In the mid-1980s the couple started to produce home videos, some of which were the first of their kind. "Massage for Relaxation" was the world’s first massage video. "The Great Mountain Biking Video" was the world’s first mountain-bike title and featured POV footage shot with the first-ever mountain-bike helmet camera. Schulze, known as “Wiz” to those who know him best, innovated the Helmet Cam in 1987 by clamping a 3-chip video camera atop a motorcycle helmet with a cable running to a VCR in a padded backpack, so the thrilling experience of mountain biking could be shared with viewers.

The couple went on to produce about a dozen educational special-interest titles which garnered many awards and sold in the hundreds of thousands via their distribution company, New & Unique Videos; several of these titles are enjoying a resurgence of viewers at Vimeo on Demand and are now considered “vintage” videos.

In 1994, During the videotaping of an around-the-world “Endless Summer on Wheels” called “Full Cycle: A World Odyssey,” Mark and Patty traveled with their mountain bikes and video equipment to nine countries.  World-firsts included an underwater mountain biking expedition off the coast of Costa Rica, and a mountain-bike trek down into a volcano (Turrialba Volcano in Costa Rica). Schulze and Mooney were among the first westerners allowed into Sikkim, India since the 1800’s and participated in the first-ever Himalayan Mountain Bike Rally (1993).  Schulze captured a lot of POV footage with his helmet cam invention. 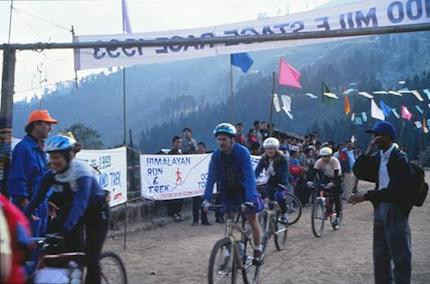 During the production of “World Odyssey,” Schulze and Mooney brought mountain-biking tourism to several countries, and were formally recognized for it by the BBC in Chester, England and the Adelaide 7:30 Report.

In 1994, New & Unique Videos additionally became San Diego’s first and largest stock footage library of contemporary and archival video clips from around the world. These clips have been used on countless television shows, movies and corporate presentations.

Mark Schulze helmed the production of a documentary about homeless combat veterans called “The Invisible Ones: Homeless Combat Veterans.”  All contributions to the show, with camera work by Mark, editing by Patty Mooney, graphics and music by assorted artists – were given happily, pro bono.  The documentary won five international awards and has screened at several international film festivals. All charitable contributions collected from viewings of the documentary at churches, libraries and schools have gone to nonprofit organizations that benefit homeless veterans. 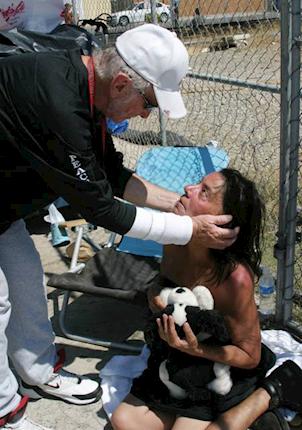 Having earned his degree in Communications and Sociology from UCSD over 30 years ago, Mark has become a great communicator.  He enjoys working as a team and delegating (sharing power) with his teammates.  Mark considers that his employees (self-contracted entrepreneurs) are his business associates.  The way Mark creates happy clients is by communicating with them thoroughly to see exactly what they envision with their video production.  And then he delivers it while having fun.  Mark is also as resourceful as possible when it comes to spending a client’s money.  He will make thoughtful suggestions about how the shoot can be done at less cost to a client, and this is appreciated by our clientele, especially in our recent economic climate.  As Mark has said many times, Pre-production is when most of the work is accomplished; deciding on a location or locations, talent, whether they will need a teleprompter or a green screen or any other special equipment, etc.  When the blueprints are set on a shoot, then the shoot goes very smoothly.  And people remember when you treat them right.

As a nod to Mark’s innovations over three decades, he was honored to receive the inaugural Heilbron Award from the San Diego Business Journal and Rotary Club 33, and the San Diego Regional Chamber of Commerce’s 2013 Small Business Award on behalf of Crystal Pyramid Productions, for “Most Innovative Company.”