Crazy Duck Productions is a small video production company with a fairly large footprint. At the core of the company is Chuck Fishbein, Director of Photography and his wife and partner, Senior Producer, Sarah Fishbein. Their lineup of diverse clients includes IHeartMedia, Sony, Hersheypark and Hotels, L’Oreal and the New York Public Library, as well as several well-known fragrance designers and major pharmaceutical companies. Chuck’s New York City stock footage, represented by Getty Images, has appeared in features, commercials and documentaries, worldwide.

“One of our favorite clients is Six Flags Great Adventure theme park which is home to over 50 rides and attractions, including 13 roller coasters, plus a massive safari park and water park, all of which Crazy Duck has been responsible for promoting with exciting video footage for over 15 years."

The park recently launched a new circular coaster called “El Diablo”, with a car that moves around a seven-story loop at incredible speeds, in both directions, with a prolonged, inverted hang time. And for the promotional video we needed to create a reverse POV shot of our riders, as well as a forward view and ground shots. 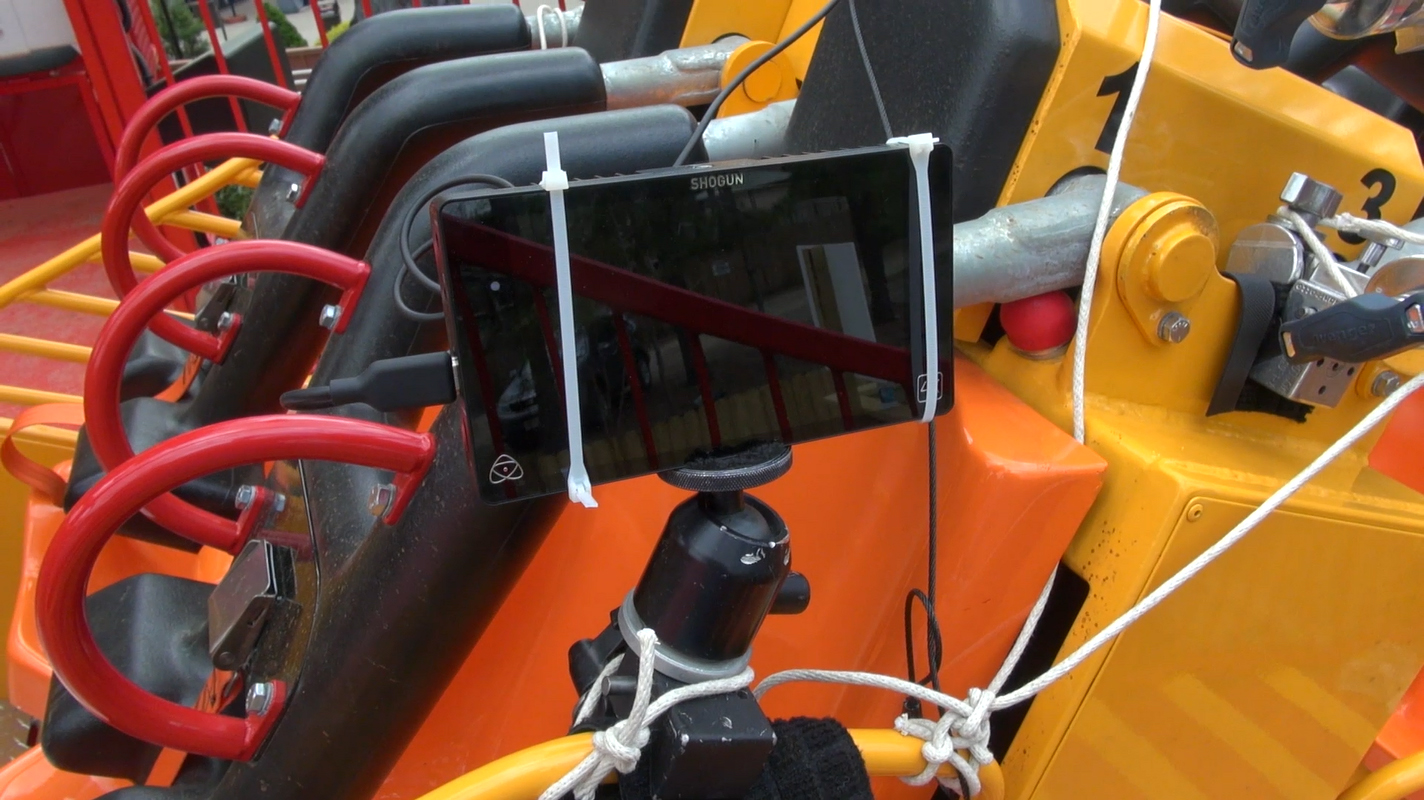 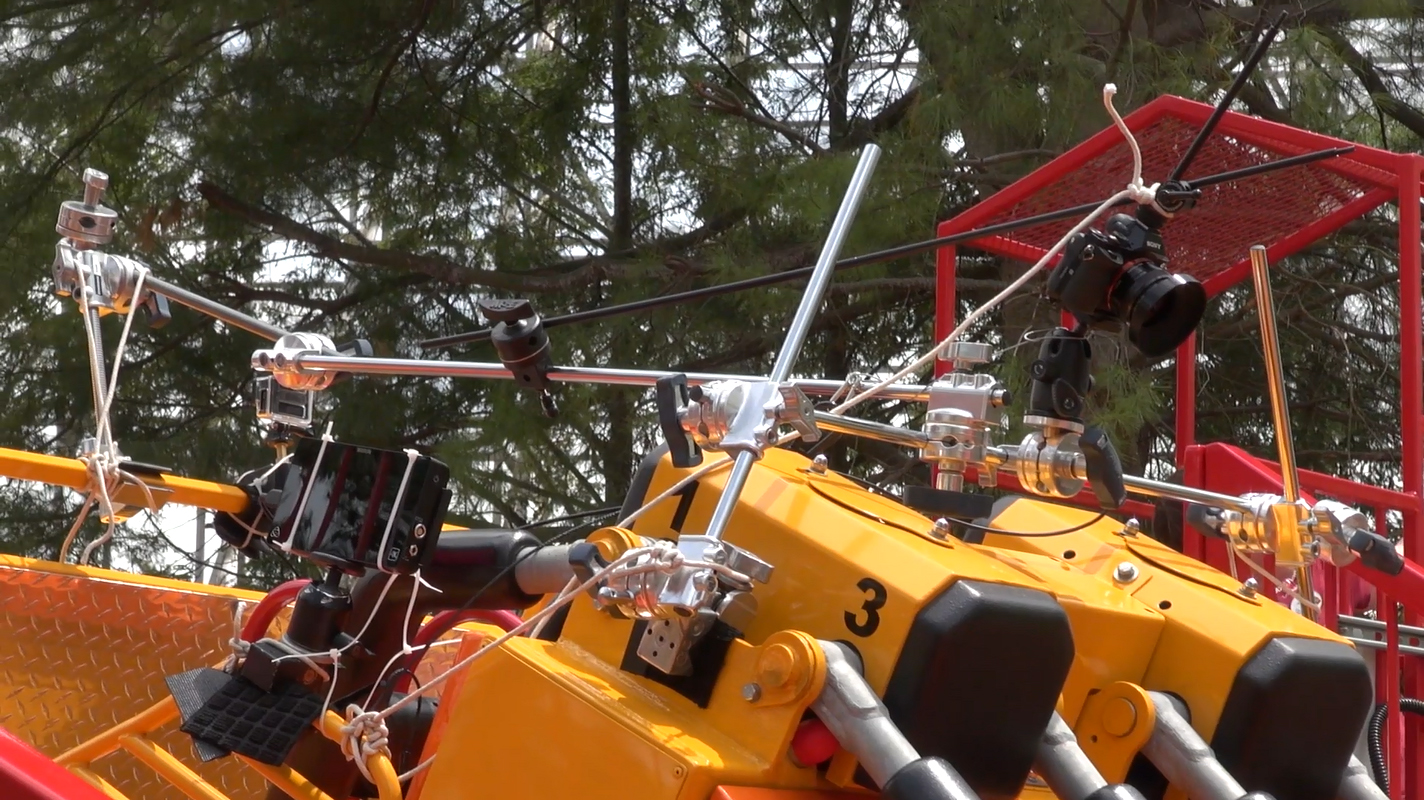 Go Pros have certainly made our work a bit easier when it comes to rigging cameras, but this time we wanted to walk away with a 4K image with much higher quality.

For the last two years, we’ve been shooting and archiving all our productions in 4K which has added a great deal of flexibility in post, as well as future-proofing our work for our clients, so for this project, we decided to use Sony’s A7s camera and the Atomos 4K Shogun.

Rigging the camera is often the most critical part of the shoot.  When working on, or around rides, safety comes first and we must be concerned about the safety of the riders, the ride operators and the ride itself, often costing millions of dollars.

So, everything has to be locked-down, tight, with redundant safety cables holding everything in place, before the actual filming begins. We were working on a tight deadline with paid talent, so a lot of advance planning was done based on a scouting mission the previous day.

The Shogun not only served as a 4K recorder, it also provided us with an easy way to view and position the camera, which once rigged, was extremely difficult to view thru. We built our camera support rig using Avenger grip gear, a Manfrotto quick release ball head and elements from our Matthew’s car mounting kit. All worked flawlessly. 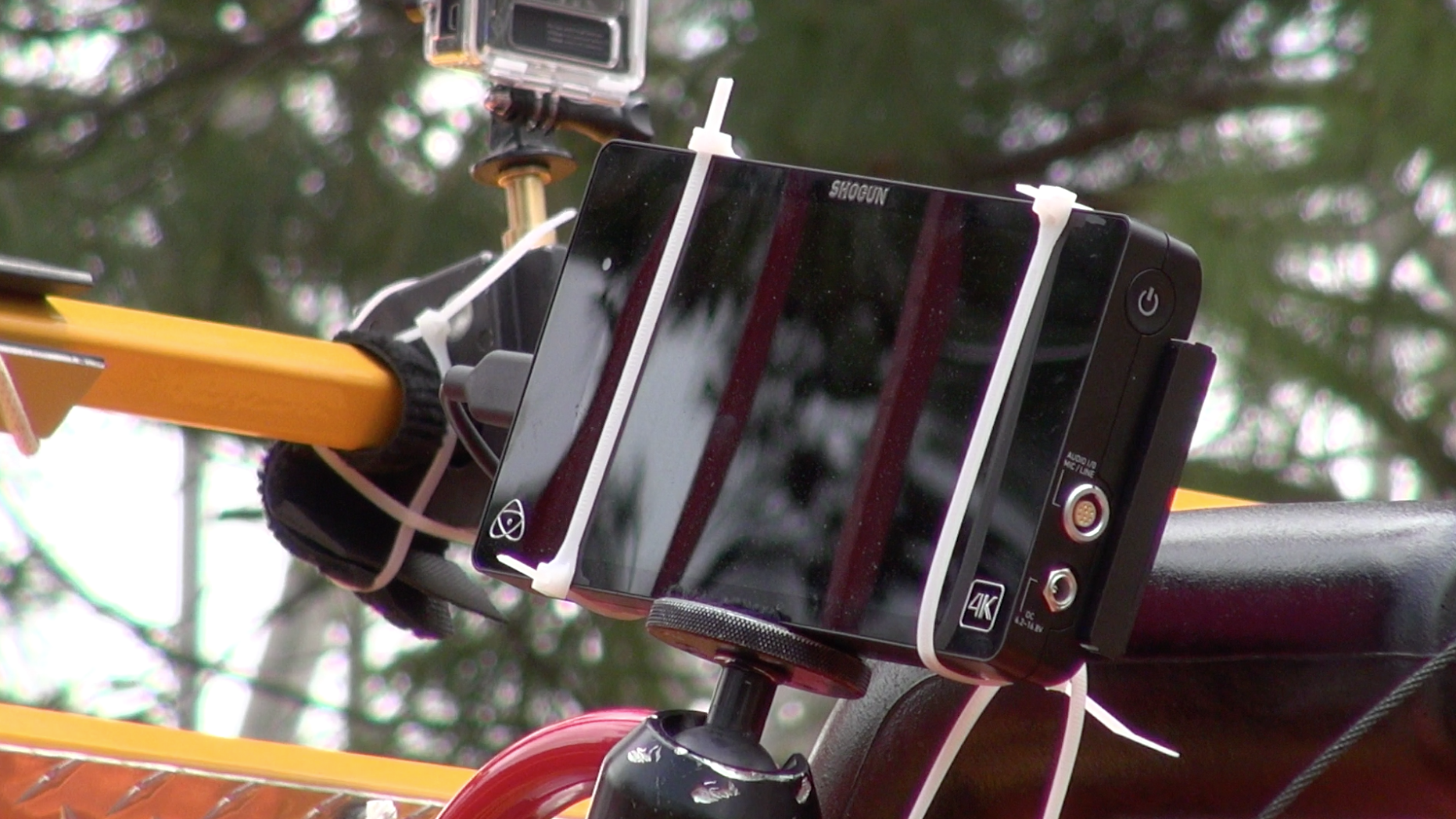 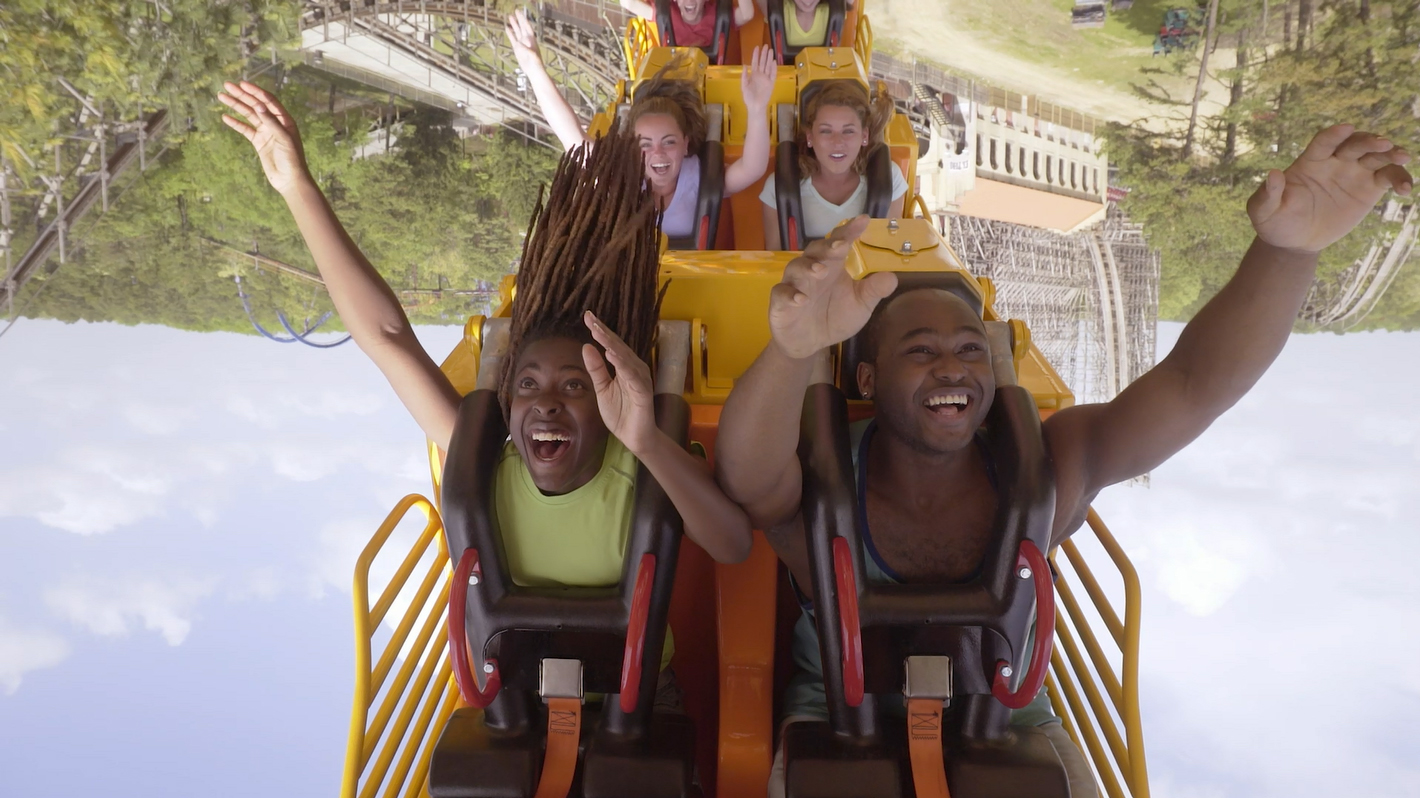 The Shogun was mounted to the car’s side rails using a Manfrotto maffer clamp and we turned it sideways to avoid any additional wind resistance. The battery and SSD were held securely in place using nylon zip ties, which also provided a place to tie on our safety lines. All HDMI connections were secured with gaff tape.

Using an NP-970 battery and a 480GB SSD card on the Shogun provided over 4 hours of continuous use, which was more than enough for the entire project.

I set the A7s to APS-C mode to reduce any unnecessary wobble effects from the large CMOS sensor.  Even without stabilization, the camera showed very few artifacts, other than the vibration of the ride itself. And I was shooting in bright sun, so I mounted a .09 ND filter on the lens to knock the A7’s ISO down to 25.  This allowed me to use a slower shutter speed and not get all strobby in the bright sun.

The real moment of truth comes when the ride is launched for the first time with your rig on it.  You look up and there’s your gear, suspended upside down, seven stories above your head and you say “Oh $%#!”

After our first test we threw the card into our laptop and the Shogun’s ProRes HQ image blew away our client. The shoot was a success not only providing great videos, but also great still shots that the client was able to pull from the 4K images.”