Last week the Consumer Electronics Show was held in Las Vegas, the annual convention of “all things electronics” as everything from smart toothbrushes to new electronic fitness bracelets and, of course, ultra-expensive Ultra-HD TV sets were introduced. Oh...and thousands upon thousands of covers and cases for smartphones and tablets were also rolled out.

The New York Times today had a quick recap that really encapsulated what the show has become: a convention-sized version of the Sky Mall magazine found on airplanes as you often spend as much time thinking “why would anyone need that” as you do “what a great idea.”

For those involved in TV production the show has two main functions: to provide a possible roadmap for future distribution platforms like Ultra-HD and small-screen video that may impact production tool purchasing plans and also as a place to see new consumer-level cameras, etc. that could play a role in a professional-level production.
One of SVG’s reporters, Adrian Pennington, spent some time investigating some of those acquisition tools. He says that Panasonic and Sony launched budget 4K cameras to help stockpile UHD content – Sony’s a $2,000 4K Handycam and Panasonic’s a POV mini-cam. Panasonic further said it was developing a digital single lens mirrorless camera compatible with 4K video.

He also says that Action sports camera developer Liquid Image rolled out a $200 body-cam capable of streaming live video coded in WQVGA over the 4G LTE network. The Ego LS will work with $200 4G network module with carrier Verizon in the US, with the European market targeted via Vodafone, Swissom and Orange.

And Sony introduced a new version of its own Action Cam, the HDR-AS100V. It can now shoot slow motion footage at speeds of either 120 or 240 fps, both at a resolution of 720p. It can also now shoot at 1080p/24fps, for people who want a more cinematic look and feel.

Sony claims that the AS100V is able to "capture quick action with extremely smooth image motion," thanks to a use of the XAVC S recording format and 50Mbps high bit rate data transfer. The camera's Exmor R CMOS sensor has also been bumped up from 16 to 18 megapixels, while shot stability has reportedly been more than doubled, courtesy of the company's SteadyShot Image Stabilization tech.

One of the cooler demos on the show floor? Sony showed the Octopter, a drone that could carry multiple Action Cams to capture multiple angles simultaneously of the same event.

For those in sports and TV production the big focus was learning more about the new Ultra HD sets. The next-generation format that delivers 4K signals (and someday potentially at 120 frames-per-second and with much improved color and contrast) is beginning to draw the attention of both content creators and distributors.
Ultra HD was a major emphasis at the Sony, LG Electronics, and Samsung booths as each was offering a number of displays that allowed attendees to compare the new Ultra HD offerings with previous products (and even 1080p). More than 30 Ultra HD sets were introduced this year and Vizio took both the prize for lowest price (less than $1,000 for a 50-inch set) and largest set (120 inches). 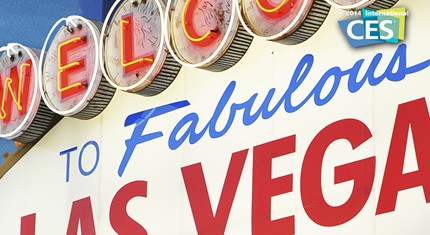 As for the actual demonstration material, it tended to focus on beautiful landscapes with minimal objects moving quickly (Sony’s Confederation Cup demo was the exception). So the overall focus was, clearly, on resolution and doing everything possible to put the emphasis on clarity. It was also nice to see both Sony and Samsung demonstrating next-generation improvements in color and contrast.

The new Ultra HD sets are still lacking 10- and 12-bit processing, steps that would go along way towards truly enhancing image quality. And there was no emphasis on the need to offer a content service that, ultimately, will embrace the 120 frames-per-second aspects of the format. That was most likely for a very good reason as any potential 120 fps production is probably two or three years away.

As for content services, exhibitors were demonstration Ultra HD streaming services from Netflix and Amazon so the industry can expect both of those services, expected to be available soon, to play a big role in delivering actual 4K content at 24 fps to homes.

And the good news overall is that the messaging around Ultra HD seemed to avoid much of the hype that surrounded 3D.  That may very well be because the sets will remain outrageously expensive for much of 2014. It may also be because the industry understands that over-promising and under-delivering are two quick ways to kill a market.

Tablets, Phablets, and Smartphones
Along with plenty of cases for tablets and smartphones there were also plenty of actual devices in these three product categories and it was the official arrival of the “phablet” (basically phones with five- or six-inch displays) that is most intriguing. But the most important development was Samsung’s new Galaxy NotePro, with its 12.2-inch display with 2560x1600 pixels. But the big news is the 2.3 GHz quad-core Snapdragon 800 processor that allows it to do things like have up to four program windows on the screen at once. For those production professionals who are increasingly relying on a tablet to do actual work the ability to have four programs on the screen at the same time will be a Godsend.

The look ahead
So what does all this mean for those involved in sports production? Thankfully not much when it comes to impacting workflows and product buying decisions. The evolution of tablets will continue to see their use as a tool expand within the production environment. And the Ultra HD movement seems to still be about a year away so the need to embrace Ultra-HD production today is non existent unless one wants to absolutely future proof their content.

Ken Kerschbaumer has been editorial director of the Sports Video Group since 2005 and has been writing about how sports networks and leagues use video and audio technology to deliver a quality TV experience since 1991. He began his career in 1991 at Television Broadcast magazine before joining Cahners where he was editor of Digital Broadcasting magazine. In 2000 he joined Broadcasting & Cable magazine as Senior Editor of Technology. Seven years later he helped co-found the Sports Video Group with Paul Gallo and Marty Porter. Learn More. 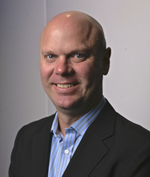