PH: Let's dive into your background a bit. Can you provide a summary of your professional experience?

Indeana Underhill: Sure! I have been in the industry for nine years now. I started as a producer and 1st AD in Scotland at my undergrad program. Through the program, I grew interested in cinematography and started an internship at Vantage Film in Bavaria as a prep tech. I met the Vantage team at Camerimage in Poland and would spend a few months each year working in Vantage’s HQ helping in all departments from filtration to learning how to build their infamous Hawk lenses.

When I wasn’t working in their German offices, I was traveling full-time working as a photographer for a Canadian commercial agency and as a freelance camera assistant. Some of the countries I was fortunate to work in were UAE, Qatar, Egypt, Nepal, Argentina, South Korea, Spain, the UK and Canada. I had only DP’d a few projects at that time, then I got into AFI, moved to LA and started working as a DP in the music video and narrative sphere, DPing over 34 projects to date. 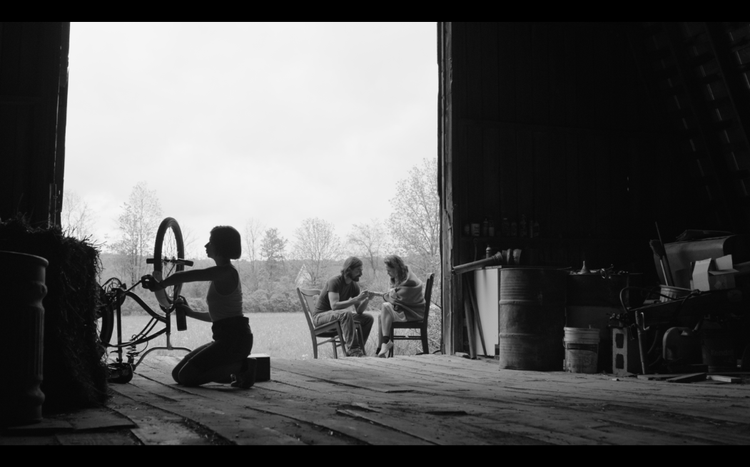 PH: What inspired you to get into this industry? How did you know you wanted to be a DP?

Indeana Underhill: My father took me to the movies twice a week, every week throughout my childhood. He would buy movie passes in bulk that we could grab out of the drawer next to the front door. It wasn’t until Tree of Life came out when I was in high school that I really started to think about a career in film. Could I really work in the industry? Where do I begin? How do I get my name in those credits? I went into film thinking I’d be a director, simply because I didn’t know other creative roles existed. I decided to become a DP because I wanted to know how to actually create the images I wanted to capture.

PH: Who are some of your inspirations? What else inspires you?

Indeana Underhill: My travel and stay in Egypt and Nepal have since inspired a lot of my work. The warm, often sodium, lighting in an ancient city, the surrounding scents lingering in the gritty air, and the religious call to prayer that sounds throughout the city. There is no other feeling of community I have experience in my life than in my time in the Middle East. If we can make our films feel as visceral as a walk around Cairo at sunset, I think we are on the right path.

PH: You also wrapped your first feature film recently. What was that experience like?

Indeana Underhill: I am so lucky to have had an incredible first feature experience. The director, Sarah Nixon, and I had ample time to prep since our shoot kept being push based on COVID numbers. We went out to shoot 15 days up in Ithaca, NY, which is her hometown. It was a very special experience living with a small crew and shooting this piece out. I was really impressed with our ability to maintain such a strong visual language and dogma with the number of constraints we had being low-budget. We had over a dozen locations, shooting mostly in the woods and in farmhouses. It was beautiful.

PH: Can you share some of the challenges you faced and how you overcame them?

Indeana Underhill: One of the big challenges we had was sourcing crew in Ithaca. We didn’t have the budget to bring people in. Besides my camera operator, Stas Bondarenko, and gaffer, Kane Borchert, who were able to come from LA for the entirety of the shoot- we had no one. The director graduated from the Cornell film program so we decided to reach out to the current film class to see if anyone would be interested in crewing. I decided we should do a “training day” so we booked out their sound stage and my op, gaffer and I unloaded all our equipment for the shoot including camera, lenses, lights, dolly and all accessories and spent the day teaching them the creative, technical and practical. This included: How to build a camera, set a c-stand but also, what this light does versus that light. We wanted it to be an educational experience for them but also a helpful one for us! As they were students in the midst of exams at the time of filming, our crew numbers and experience levels would vary each day so adequate planning during pre-production really helped us here! 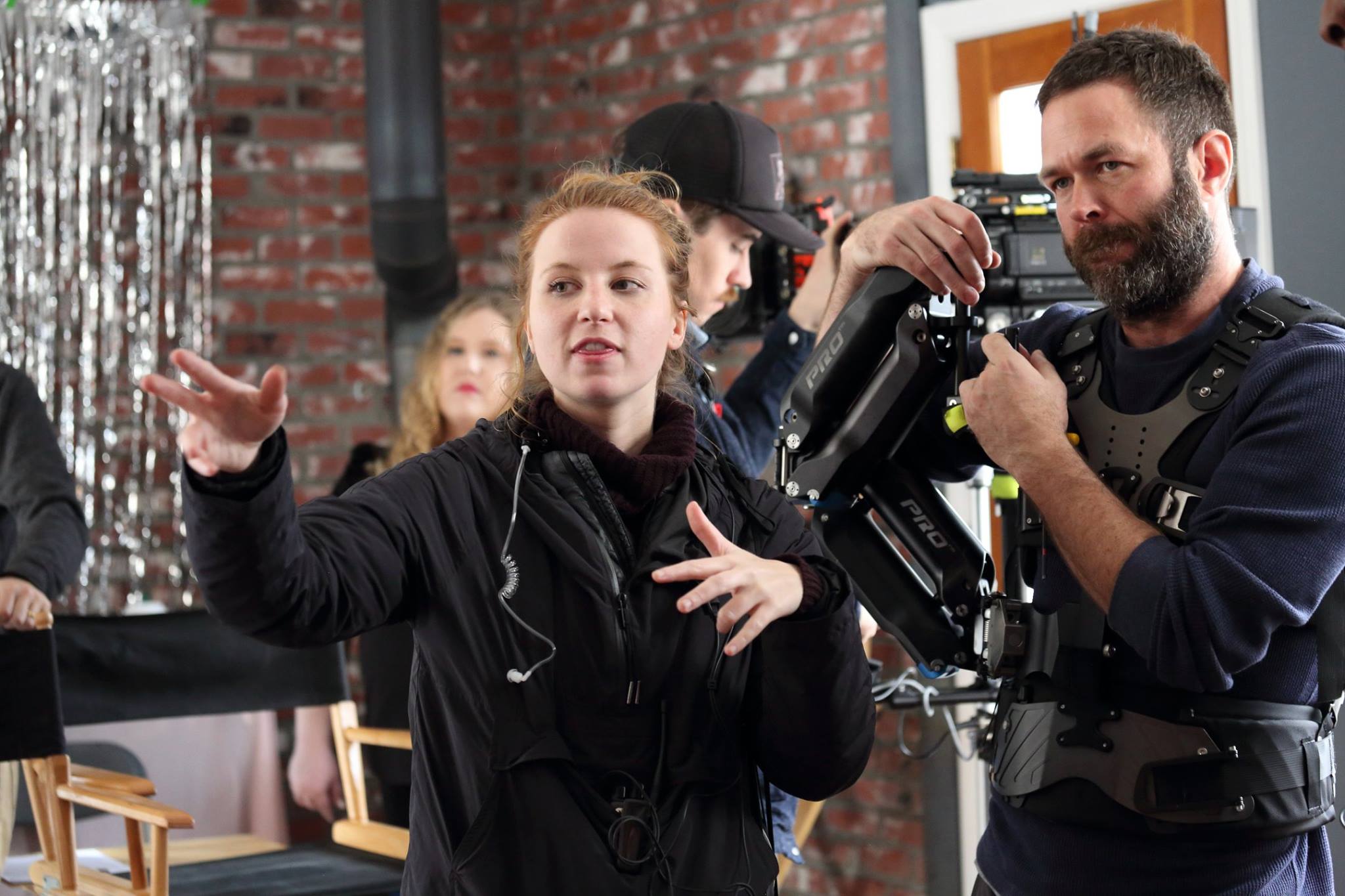 PH: What is your go-to equipment? Lighting? Cameras?

Indeana Underhill: Camera: I’d say I am mostly shooting on a Alexa Mini, with lens set varying per project. You’ll hear a lot of “it depends” in this industry. It really does. It depends on story, budget, and where the project is being distributed. I am lucky to have had a relationship with Keslow Camera since I was 17. I am very thankful to have their support on all my sets. Dylan is my rental agent, he’s the best. For the feature we shot on the Baltars, which are a vintage spherical lens set that has an inherent softness but can be very unpredictable across focal lengths. For an upcoming project, I am shooting on the Vintage 74’s. A 2x anamorphic lens made by my Vantage family. They are a beautiful 70s anamorphic feel but have consistent look across all lenses. They flare beautifully, are warmer and produce great skin tones as if you have very slight filtration built in. I choose lenses based on the early conversations the director and I are having.

Lighting: OBSESSED with Lightbridge and their reflectors. I love the power of having eyelight and these give you control on where and when you want natural-looking eyelight. It can often be hard to find an eyelight that doesn’t show up as its own unit, depending on how bright your set is. These allow you to work with your actors to find the eyelight no matter where they are looking or moving to. I also love the power and beauty of the Aputure 1200ds with the Octodome, and anything by Dedo for their beautiful look on skin.

PH: Is there a rule of thumb for what types of cameras you should be using?

Indeana Underhill: Cameras are an interesting debate amongst DPs. There are so many reasons it could come down to choosing one body over another. Resolution, color science, metadata recording, ports—a lot of DPs feel strongly about some bodies over others. For me, I like ticking boxes. So, if they all tick the requirements of the shoot on the technical side like a certain resolution it will come down to inherent look of the sensor straight out of camera. DPs like Steve Yedlin and Jaron Presant have proven that they can color match any camera through programs like Nuke but I haven’t mastered that workflow just yet.

PH: How do you know when you've got the right shot?

Indeana Underhill: When it makes sense in context of the story. When all of my unwanted shadows are flagged off the wall. When the director calls cut, turns to me, and says “We got it.” 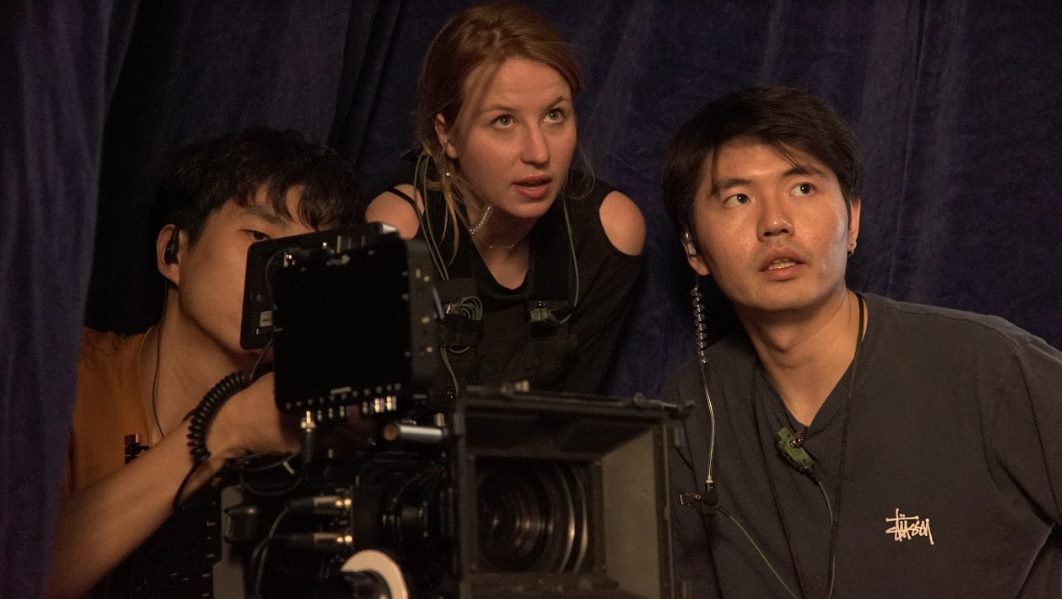 PH: What type of prep do you go through before shooting a film?

Indeana Underhill: I am HUGE on prep. I love it. In addition to the usual things like location scouting, hiring crew and testing new equipment, I work by creating a visual dogma with the director. This includes a list of rules for our lensing, camera movement, lighting and coverage that we adhere to through the story. We know the moment when to break them as well. Creating a dogma early on is a really easy way of beginning to get on the same page and one approach to start breaking down a script. When you and the director are on the same page, it is much easier to make decisions because we know what the rules are for those characters and that part of the story and what just won’t work. I find this kind of prep is beneficial for moments on-set when something goes wrong.  It is easy for the director and I to know what the creative solutions are because we refer back to the dogma. “No handheld in this part of the story.” “No, we can’t go frontal yet, she is still in profile world.”

PH: Why or why don't you think bad cinematography can ruin a film?

Indeana Underhill: A film is absolutely ruined by bad cinematography. Cinematography is the film. It’s the work of every single person on-set being captured on-screen. Bad cinematography can be selfish if it takes viewers out of the story because its “too pretty”. It can also be bad if you don’t allow your director to work with actors by taking too long to light or setup shots (a mistake I made early on once). Bad cinematography isn’t measured by what camera, lights or tech you have with you. It’s bad when you don’t value the input of others or think about the story you are telling. 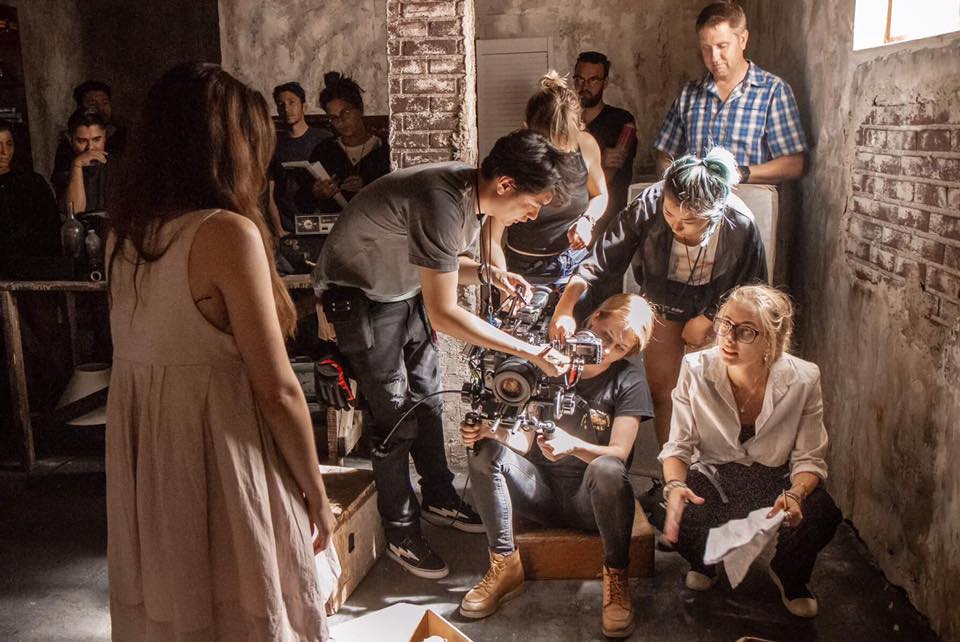 PH: What is the most valuable advice for being a cinematographer?