Sarah Cawley is an accomplished cinematographer who’s worked on a variety of television and film projects. In our exclusive interview, Sarah talks about Manifest season 2, which follows the mystery surrounding a flight that suddenly re-emerged after having been missing for over five years. She discusses how the show was a fun visual playground for a DP like her, as well as taking us deeper into the creation of the series, her unique behind-the-camera perspective, and more.

PH: How did you become involved with Manifest?

Sarah Cawley: I'm represented by UTA and my agent put me in touch with the producers when they were looking for a DP for season 2. The dates worked, since I had recently gotten off another project. On the second round of meetings we talked through visuals for the upcoming season and I pitched a more stylized approach to the callings and the producers shared their goals for the season. It was a meeting of the minds.

PH: Can you talk a bit about your behind-the-camera perspective for the series? What's your creative process like?

Sarah Cawley: The first thing I did was watch all of season 1 and analyze the visuals. My season 2 goals were to stylize the callings more, so they felt more subjective and organic. Dynamic camera moves were also a goal: being out in NYC as much as possible, and feeling the fabric of the city. I met with the production designer Ray Kluga to talk about sets and look at his drawings. Joe Chappelle directed the first episode of the season. We met and talked through the script, scene by scene, and identified some of the specialty sequences. One of these was the nosedive scene where flight 828 seems to be violently crashing in a lightning storm. We designed some camera tests for that and shot variations on them until we found a combination of camera, lighting and grip that gave that sickening feeling of weightlessness when an airplane goes into a nosedive.

We also had a sequence where Michaela and Ben find a car dangling over the edge of a cliff near a bridge in NYC. We had to do some compositing to create the exact site that the producers had envisioned, so we tested that as well. There was no actual landscape that matched what was written, so we created it.

We also shared visual references and walked through the standing sets at Silvercup Stage to figure out what shots worked best for those. Joe is a veteran director and he made floor plans with all of his coverage on them. Sometimes we departed from that plan, of course. But it's a tremendous asset to have that info before you start shooting.

John Inwood was the alternating DP. He shot the even episodes. We communicated throughout the season to maintain a consistent visual style. 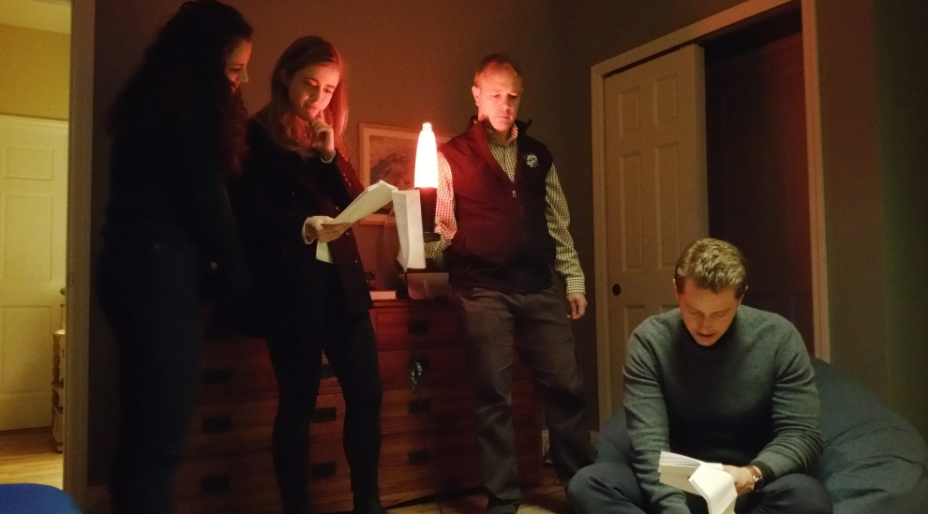 PH: What challenges did you face while working on season 2?

Sarah Cawley: The biggest challenge on the show was time. We had to move very quickly on this TV schedule. I adapted to that early on in the season. I realized that I would have to be super well prepared to get the look I wanted on this production schedule. I modified the lighting on the standing sets so that it was pre-rigged with options that enabled us to go fast. But then we had substantial location work. That was the most challenging. 207 was a major action sequence with a big night exterior component, shot half on location and half at Eastern Effects stage with a specialty build. Not our usual sets at Silvercup.

The Eastern Effects stage wasn't built by the time we tech scouted. It was the only time that my gaffer and I finished the tech scout without knowing exactly how we were going to light everything-but it was because the construction drawings were still changing until a few days before we got there. I was shooting episode 207 already by the time that set design was complete. The art department made a scale model of the Eastern Effects set and I spent two lunch breaks laying out the lighting. The riggers did a phenomenal job and everything was in place by the time the company arrived to shoot. We had so many turnarounds on that set.  Our night exterior work was shot in scene order rather than block shooting. So we turned around a lot outside. That was a challenging episode!

PH: Visually, how will season 2 differ from season 1?

Sarah Cawley: Season 2 has more stylized, expressionistic lighting and camera work. The callings are more immersive. It has a more dreamlike quality. Reality and the callings may intermingle as the season goes on.

PH: What shooting techniques did you lean on for the series? How did they help you get the best possible shots?

Sarah Cawley: After testing a few specialty items like the Cinefade, we settled on the Lensbaby for the callings. We used both the wide angle and diopter versions, always handheld. The Keslow Image Shaker is an excellent tool for turbulence and shaking. It goes all the way from a barely perceptible shake to full on earthquake. The Lambda 3 axis head was perfect for our nosedive sequence, and for a far more subtle tilting and sliding effect later in the sequence. The Scorpio arm with L40 head was another tool we used throughout the season for specialty rotating shots. We used Hydroflex underwater housing and their Skypanel S30 in an underwater version.

I was using Litegear and Asteras practically every day. The Litemat8 Plus with a softcrate was a workhorse light for us. The Litemat 2L was a favorite as well. And Astera tubes, both the Titans and the Helios. Phenomenally adjustable and riggable.

Sarah Cawley: The mystery of Flight 828 deepens as the passengers race to unravel the mystery before the death date.

PH: What projects are you looking forward to in 2020?

Sarah Cawley: I'm shooting a feature with Hal Hartley. It's a great script, called Where to Land, and stars many of the same actors who were in The Unbelievable Truth back in the day when we were all just starting out. Hal shoots very specific coverage and is willing to give me time to make every shot perfect. Plus, it's old friends. 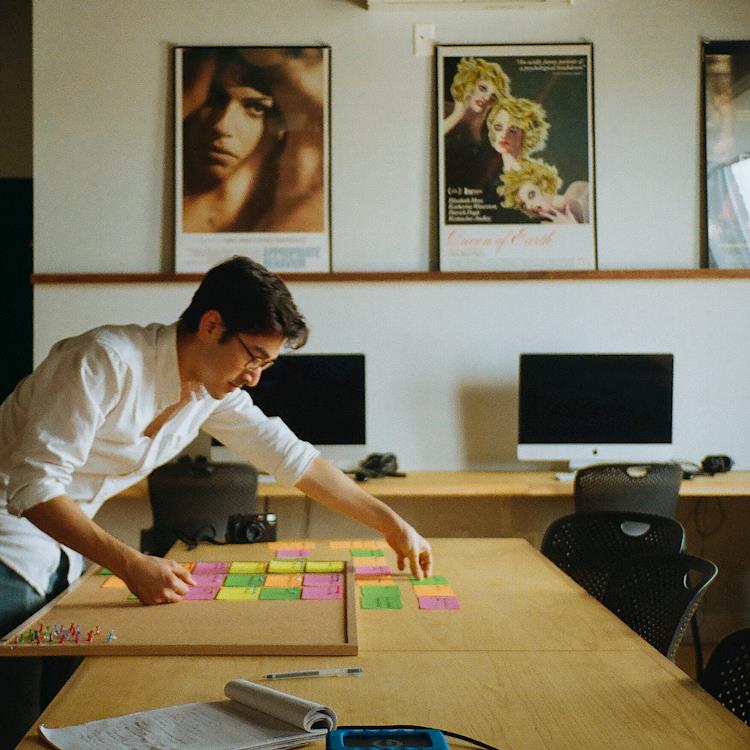 Making an Impact at Sundance: Filmmakers Discuss Their Creative Process

The Sundance Film Festival recently wrapped in Park City, Utah, but ProductionHUB got to talk exclusively to a few of the professionals that worked on nominated films. Wondering how some of these films came to life on-screen? Read more to find out their creative processes, equipment they relied on and more. 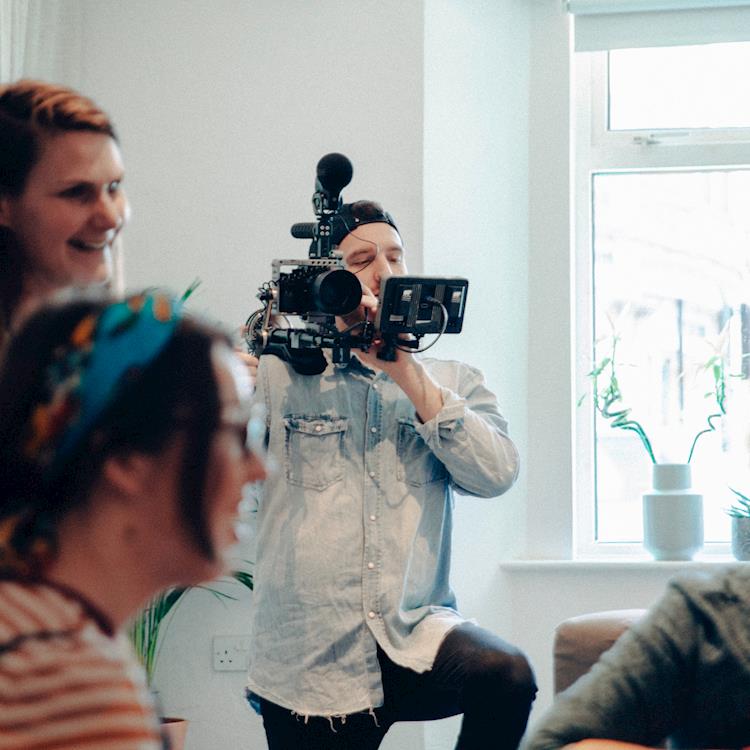 What To Ask A Video Production Team Before Hiring Them 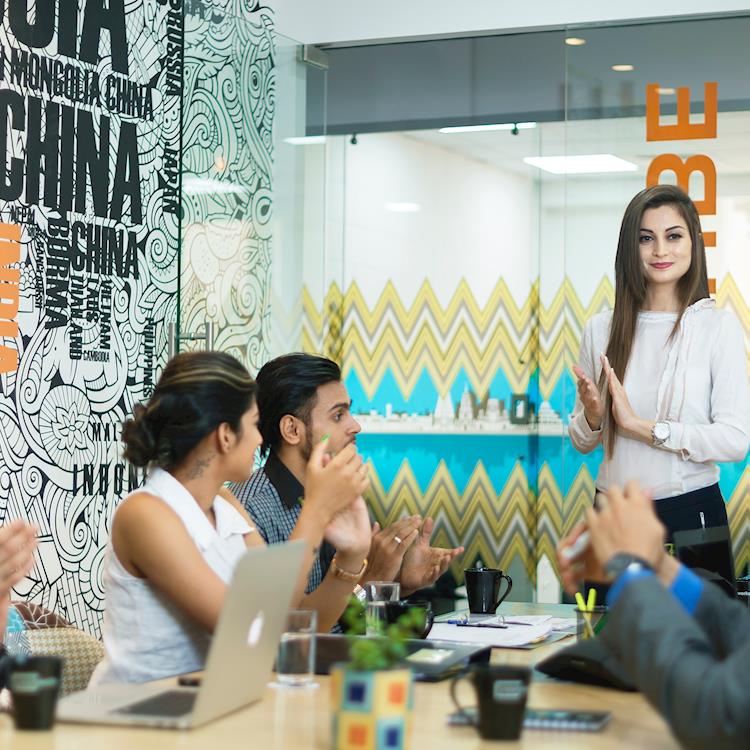 The Art of Networking: How to Effectively Network to Attract More Business

Having trouble using networking to grow your production business? Do you find it hard to meet people at events and film festivals? Are you a “wall flower” at networking functions? It doesn’t have to be that hard. Use these 3 strategies at your next industry get together, and you’ll be growing your network in no time. The best part…you probably already learned all this in high school, or the singles scene shortly thereafter!