Award-winning Canadian director Tamir Moscovici recently signed with Los Angeles based production company, Untitled Inc. Moscovici, known for strong visuals, gritty to glossy realism, and authentic storytelling, aims to give all his work a competitive edge through his strongest belief: need over want. 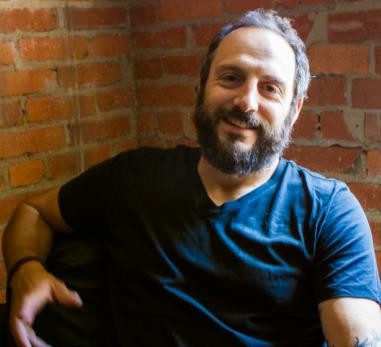 The quote “what they need, rather then what they want” is actually something that David Beattie of Slot Mods - Detroit, had said on camera in the short film Painting Coconuts that I made for Audi Canada.

The quote resonated so strongly with me that it became a mantra.

I believe that it’s my job to take the brief, be it from the agency or from client and decode the ASK stripping away the WANT and presenting the NEED. In the simplest terms, we are always looking for something new, different, engaging, that cuts through the white noise and grabs our attention, pulls us in and engages us.

We look at what is out there already that is being referenced - the WANT, and it’s our job as creatives to push it further, turn it upside down, poke the bear and replace it with the new piece of communication that stands out, and that becomes the NEED.

Sometimes it’s a small tweak on an already amazing piece of creative strategy, and sometimes it’s a gamble, a gamble that may lose you the job in the pitch, but then again it may also be what wins you the job.

An example of this kind of thinking was the branded entertainment piece I did for Sony and their gaming franchise, Gran Turismo. The ‘ask’ was to create a piece that would celebrate and illustrate the 15 year history of the game. The initial idea was to create a series of short pieces that would live as 5-7 minute videos online, but in turn I pitched shooting a feature length documentary that would illustrate the passion of the game’s creator Kazunori Yamauchi, and the impact the game had not only as entertainment but on the automotive industry as a whole.

Ken Chan, the Marketing Director for Gran Tursimo decided that the ‘go big’ idea was the first step in differentiating GT and the launch of GT6 from the competitors, and so we stepped out onto the tight rope.

The results paid off: Shortlisted in Cannes, Merits at the One Show, Gold at the Game Marketing Awards, entry in film festivals, launched on Hulu and other broadcasters, and of course Gold at the LIA for Branded Entertainment.

Admittedly it was a gamble both Ken and I took, but one that paid off resulting in follow up films for the Senna launch in the game. In a time where market is more competitive, budgets are tighter and expectations are higher, we on the production side need to keep pushing forward, having a point of view and standing by it.