Life sized chess anyone? How about a dance off? Or perhaps a live gaming competition? These are just some of the challenges viewers are treated to in TBS’ “King of the Nerds,” now in its third season. Hosted by Robert Carradine and Curtis Armstrong, “King of the Nerds” is the ultimate nerd off in which 11 fierce competitors from across the nerd spectrum set out to win $100,000 and be crowned the greatest nerd of them all. Each week, competitors face challenges that test their intellect, ingenuity, skills and pop culture prowess, and competitors are eliminated one by one until one nerd stands alone as the ultimate champion off all things nerdy.

Due to its unique competitions and unexpected surprises, “King of the Nerds” is not your typical reality show. But that didn't deter freelance colorist Yoram Tal, better known as just Tal, from jumping aboard to color grade the series, for which he uses DaVinci Resolve.

“I started working with DaVinci Resolve about three years ago. I’m also an online editor, and I made the switch to Resolve because I needed more power in the color correction department,” said Tal. “I had also been doing a lot of work with 5x5 Media, which produces the show. They are a great group of creative people, provide great material and trust the creative looks and solutions I provide, so they brought me on for ‘King of the Nerds.’

“With reality shows, the most direction I get is ‘make it look good.’ In most cases, due to the volume of footage and the tight turnaround time, the finishing can suffer,” added Tal. “This is where I take great pride in being an extension to the creative process put into the show before it gets to me. I try and make it as great looking as possible and maintain the producers’ and offline editors’ intent, and DaVinci Resolve helps me achieve that.” 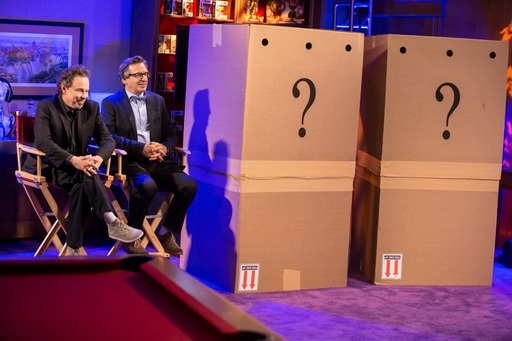 A Balancing Act
According to Tal, the most important thing when it comes to color grading reality shows is balancing the show and creating a unified look. Many times, a variety of cameras are used in less then ideal conditions, but the story is king and captured moments of authenticity are key.

“As a colorist, it’s my job is to make the color invisible and to make the imperfections disappear. I have to hide cameras, remove dead pixels and sometimes even adjust the color of teeth and make the viewers focus on the stories without being distracted by the fact that there is any production at all,” he explained.

“DaVinci Resolve is very helpful in balancing shots because of its many powerful color tools, so there are always several ways to solve issues. As for camera and other production elements left in the frame, I can easily reframe shots and duplicate parts of a frame,” Tal added. 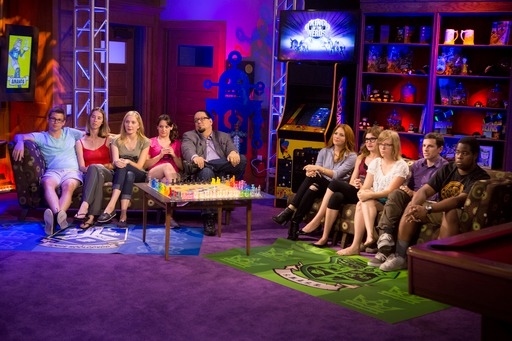 Increasing Speed Without Compromising Quality
“Reality shows by their nature have a tight turnaround and that is where DaVinci Resolve really shines. I can easily color grade more than 1,000 shots a day in most cases,” noted Tal. “There is great flexibility with DaVinci Resolve’s timeline. Rolling through the stills in the timeline, I can easily copy color from one shot to the next. It's very easy to add Power Windows and secondary correction when needed. Another function that helps speed things up is utilizing C mode timeline ordering, which quickly get all interviews matching.”

By changing the sort order of the clips in the timeline to Source mode, or C mode, sorting, all clips are rearranged in ascending order from left to right according to their source timecode, and their record timecode is temporarily ignored. Sorting by C mode makes it easy to identify a range of similar clips, such as interviews. This makes it easy to balance the footage, copy grades among them or group them.

“A great recent addition to Resolve is integration of OpenFX plugins right in the node tree,” said Tal. “I utilize Boris FX and Sapphire OFX plugins on a daily basis. In my case, not for creating looks, but for some more invisible magic, for example removing iris changes.

“When working on a series, such as ‘King of the Nerds,’ DaVinci Resolve’s ColorTrace feature allows me to copy color from previous shows in the series and apply it to the current episode,” concluded Tal. “It’s all about speed without compromising quality. For me Resolve is a powerful tool with an unbelievable price point. It offered an easy solution to other color tools’ limitations and helped take my work and career path to the next level. For that I am thankful.”

About Tal
Tal is a 20+ year veteran of the Online Editing and Coloring world from Israel to LA. After working at The Post Group and Chainsaw on shows like “Behind the Music” and “The Oscars,” he moved to the freelance world and has worked on different projects, from movies like “Syriana” with George Clooney to TV shows like “Dancing with the Stars,” “Wipeout,” “Running Wild with Bear Grylls,” to name just a few.