Tig Fong is an award-nominated stunt coordinator and director with over 30 years of experience in the industry as an actor, stunt performer, and stunt rigger. Inspired by role models Bruce Lee and Jet Li, Tig trained in various martial arts throughout his life. His current projects include NBC’s upcoming series ‘The Lost Symbol,’ FX’s ‘What We Do in the Shadows’ and Amazon’s ‘The Boys,’ which earned Tig his first Screen Actors Guild Award nomination for Outstanding Action Performance by a Stunt Ensemble in a Comedy or Drama Series.

Tig has been a fight and stunt coordinator for more than 10 years, with extensive knowledge of the mechanics of aerial and stunt rigging. As a second unit director, he integrates action design, camerawork and editing to create previs mockups and direct action sequences on set. 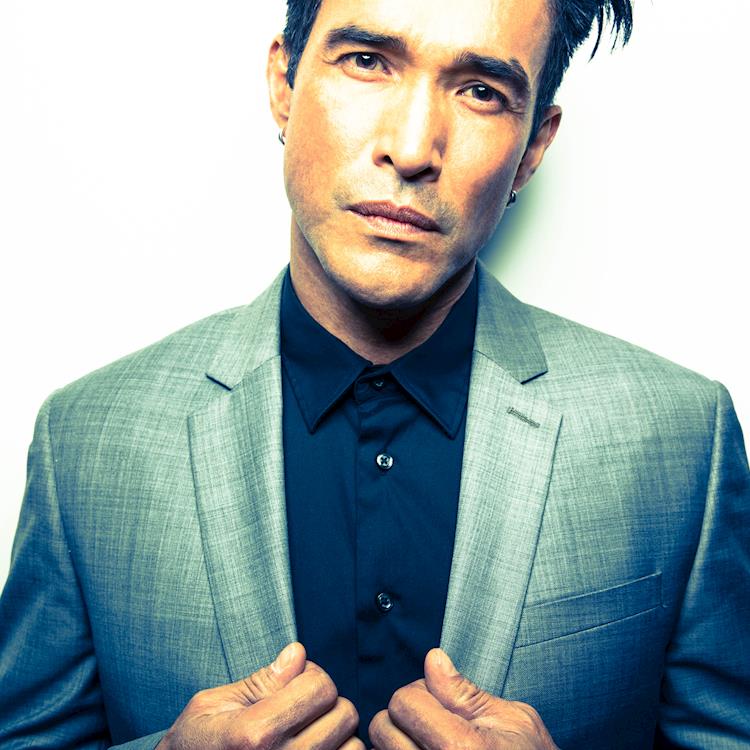 Tig is an advocate for BIPOC and LBGTQIA+ communities, as well as a creative storyteller who drives stories forward through action. He is the first and only queer person of color to break into stunt coordinating in Canada. In addition to creating action sequences for film and television, Tig’s goal as a director is to create content that tells the stories of BIPOC and LBGTQIA+ communities, (Tig identifies as Māhū for instance), to give a voice to these underrepresented groups.

PH: Hi Tig! How are you? How has the last year or so changed the way you work?

Tig Fong: Doing great, thank you! The biggest changes to the way we all work within the film industry would be the necessary restrictions and protocols due to COVID-19. Everything takes a little longer to do, but the productions that I've been working on have done an amazing job of keeping everyone safe. We are tested regularly, practice physical distancing whenever possible and full PPE is used when actors are on set. I also have protocols in place for things like harnesses, mats and stunt pads for actors, etc. Perhaps the biggest challenges were scheduling/booking stunt performers unless they are booked full time on our show. If a performer isn't able to meet the show's testing schedule, then we are unable to hire them.

PH: Can you talk about your work as a stunt coordinator in the industry? How long have you been doing it? What drew you to it?

Tig Fong: I've been working as a stunt coordinator for 10 years now. It was never something I set out to do - I just wanted to be a stunt performer and do awesome fights. Fight coordinating was a natural progression for me, and stunt coordinating was just a continuation of that. My specialization in fight action led to landing shows centered around fight action. Combined with my background in aerial and stunt rigging, that’s what led to doing superhero shows.

PH: How did you become involved with season 2 of The Boys?

Tig Fong: I was the supervising stunt coordinator on season one and had a blast, so I was thrilled when I heard that we were coming back for season two with bigger and more outrageous stunts!

PH: These characters are tough and intense. What approach did you take when coordinating fighting sequences?

Tig Fong: Not only tough and intense but also complicated and interesting! Fights are really nonverbal dialogue between two or more characters, and I was very interested in continuing this dialogue through action. What are the characters saying to each other and how are they saying it? Though Kimiko is on a continuous journey to reclaim her humanity, she still has her feral side that shines through her feline agility and brutality. With powers that come second only to that of Homelander and fueled by hate, Stormfront's capacity for brutality is exponentially greater than Kimiko's. These are the things I keep in mind as I draw upon my experience as a fight coordinator to create the choreography that tells these stories.

PH: Obviously season two has to up the ante. In what ways did you do that?

Tig Fong: The writers were writing big for season two and we were encouraged to dream even bigger. The pace and frequency of the stunts didn't increase, but the size and complexity did. Just when you think Homelander couldn't be any more of a sociopath, we witness the shocking conclusion of his introduction to Blindspot. The action really ramps up in episode 202 when Kimiko is reunited with Kenji. When director Steve Boyum showed up for episode 203, he took the scripted action to summer blockbuster feature level with his ideas, and we were more than happy to make it happen!

PH: How did you balance the use of physical stunts and SFX prosthetics for scenes? What were some of the challenges?

Tig Fong: Our showrunner Eric Kripke really preferred practical stunts and effects whenever possible with VFX massaging for added impact. For that reason, most of the flying on the show was practical with VFX taking over when superhuman speeds were required. Destruction on human bodies that went beyond superficial would necessitate the use of prosthetic body parts and heads - like when Black Noir ripped that sentry's head in half or when Kimiko peeled that Russian mobster's face off. Both practical flying and practical SPFX take a great deal of time to accomplish well and safely during a film day, which was perhaps one of the biggest challenges.

PH: Let's talk about the epic whale chase scene in episode 3. You used a real speedboat with stunt performers on it, right? Can you talk us through that whole setup and how you achieved the final result?

Tig Fong: Well – first there needed to be a lot of conversations! We needed to precisely figure out which parts of the action were going to be live action, which parts would need to be VFX, how much could be done by the actors versus how much would be done by their stunt doubles, and what the physical assets and builds would be. Once all those things were determined, all of the departments were off to the races.

The epic final result that you saw in this scene was a carefully choreographed ballet between many departments. To set off the action on the yacht, I choreographed a small scuffle for when Kenji frees himself and appears above deck. The anchor that Kenji telekinetically hurls at Butcher was CG, but the chain that dragged over the edge was a real prop chain. The police helicopter that shows up was real but crashing into the water was CG. Props helped sell the aftermath of the crash with pieces of floating wreckage.

When the yacht becomes disabled and our heroes have to abandon ship, Karl Urban was able to do the pull away with the cast on board since he conveniently is a licensed boat captain! For the high-speed portions of the boat chase, we replaced all of the cast with stunt doubles. The pursuing shark fins and the surprise of the breaching sperm whale were CG, but we also needed to shoot practical elements of the Deep riding on a section of the whale. The VFX department led by Stephan Fleet seamlessly blended that practical footage into the CG whale footage.

Finally, for the impact of the speedboat into the whale, we built an actual 50-foot whale complete with a movable tail and jaw and a functioning blowhole. We then had the SPFX department, led by Tony Kenny, tow our speedboat on rails into the side of the whale with stunt doubles on board! Add in some whale guts propelled by air cannons courtesy of SPFX and a little love from our VFX department, and you have the gory completion of this very original scene!

PH: What are some of the biggest lessons you've learned as a stunt coordinator?

Tig Fong: A stunt coordinator's job is multidisciplinary - the most obvious of these being experience and knowledge of how stunts are performed. For most coordinators, these skills are learned over their careers as performers. Less obvious but no less important, are the administrative skills such as budgeting and planning that we also have to consider as heads of department. The biggest lesson I learned as a stunt coordinator is the importance of effective communication with producers, directors, actors and all the various department members that make up the village that's required to make a show.

PH: How has what you've learned as a stunt coordinator translated to directing?

Tig Fong: I've always approached action design from the perspective of story and visual storytelling. Directing has really allowed me the opportunity to have greater control over that storytelling. I've been able to draw upon years of experience in shooting previs (the video 'mock-up' of a stunt or sequence that we shoot as a proof of concept to show the director and the rest of the production team before the on-camera day), which has really helped me be efficient when choosing my angles and camera movement as a director. Speed is often a must as a stunt coordinator, as stunts are often the last thing shot in the day. When combined with a learned aversion to doing too many takes (as a stunt coordinator, I'm preserving the safety of my performer), my directing style has emerged as one that is efficient and precise.

PH: How do you see the industry continuing to change and evolve? And more specifically, stunt coordination?

Tig Fong: While much more needs to be done, Hollywood has been at the vanguard of promoting diversity and the inclusion of LGBTQIA2S+ and BIPOC in recent years, but the field of stunts has been lagging behind in this regard. What I'm hoping to see is greater diversity and inclusivity within the stunt profession, and the best way for that to happen would be to see that progress within the field of stunt coordination. 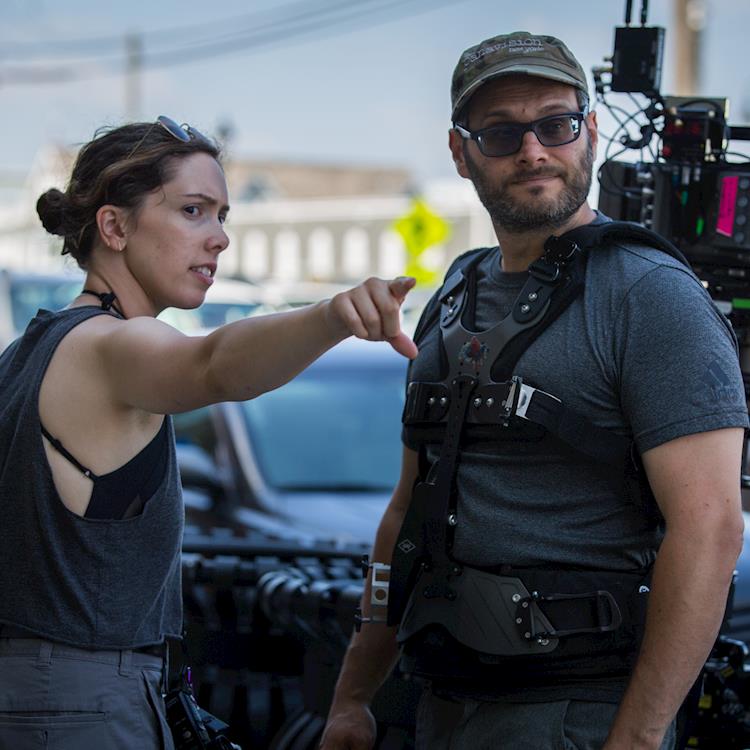 The Cinematography Behind Anticipated Tribeca Film 'Dating and New York'

Maria Rusche is known for her work in Emma Seligman’s feature debut Shiva Baby (SXSW 2020 & TIFF 2020) which had its theatrical release in April 2021, as well as Season 2 of the hit Showtime series Couples Therapy. Most recently, she shot the upcoming Tribeca film, Dating and New York. 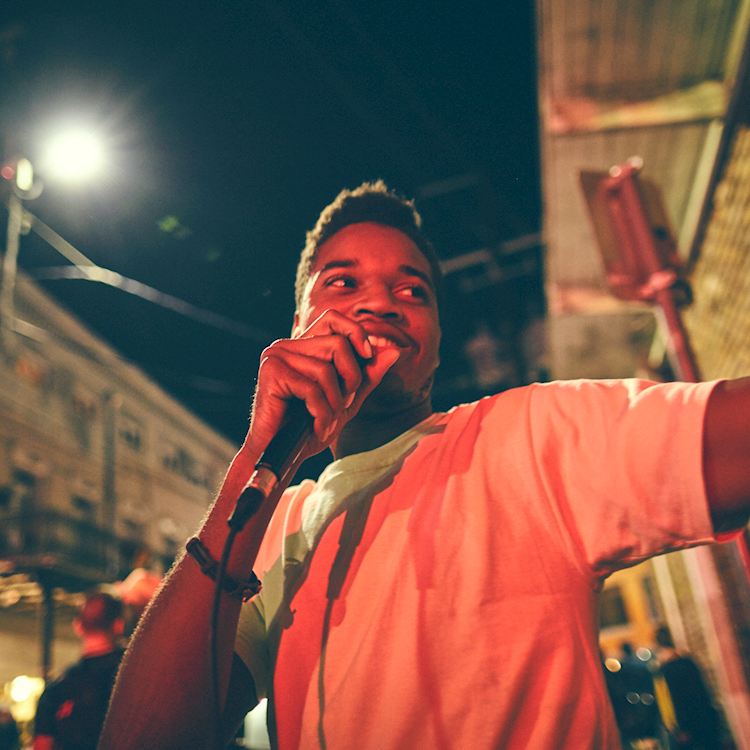 Filmmaker Zachary Bako’s first feature documentary, 3AM on Frenchmen, is coming to Quincy Jones’ Qwest.TV in the U.S. in honor of Black Music Appreciation Month. The film follows hip-hop artist, Ray Wimley, a rising New Orleans street performer as he explores the heart of his musical practice amongst the city's nightlife and its bohemian community of local musicians. Jako relied on Canon’s EOS 5D Mark IV for its mobility and power to beautifully capture natural light to bring Wimley’s story to life, which is deeply rooted in inspiration, togetherness and following one’s dreams. 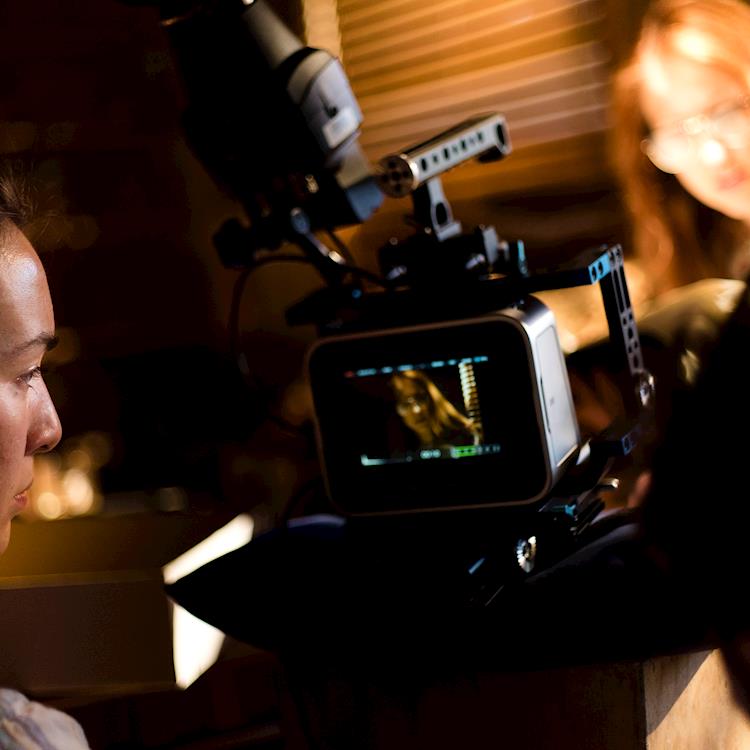 Director Matthew Wade and DP Lila Streicher are the creators behind the breakout Slamdance Film Festival feature “A Black Rift Begins to Yawn." The film tells the story of how as two former classmates dig into their deceased professor’s set of cassette tapes, which possibly contain recordings of strange signals from beyond the stars, they begin to feel memories, the chronology of time, and their identities slip into obscurity.

Pivot Point: Smart Production Companies Find Their Way in Uncertain Times
Become a Contributor
Recent Blog Posts
How To Create Videos That Convey Trust To Audiences Post-COVID How to Produce a High-Quality Video on a Low Budget Rockin’ the Stadium: Display and Production Technologies Raise the Bar The Cinematography Behind Anticipated Tribeca Film 'Dating and New York' The best movies set in Florida
Become a Contributor