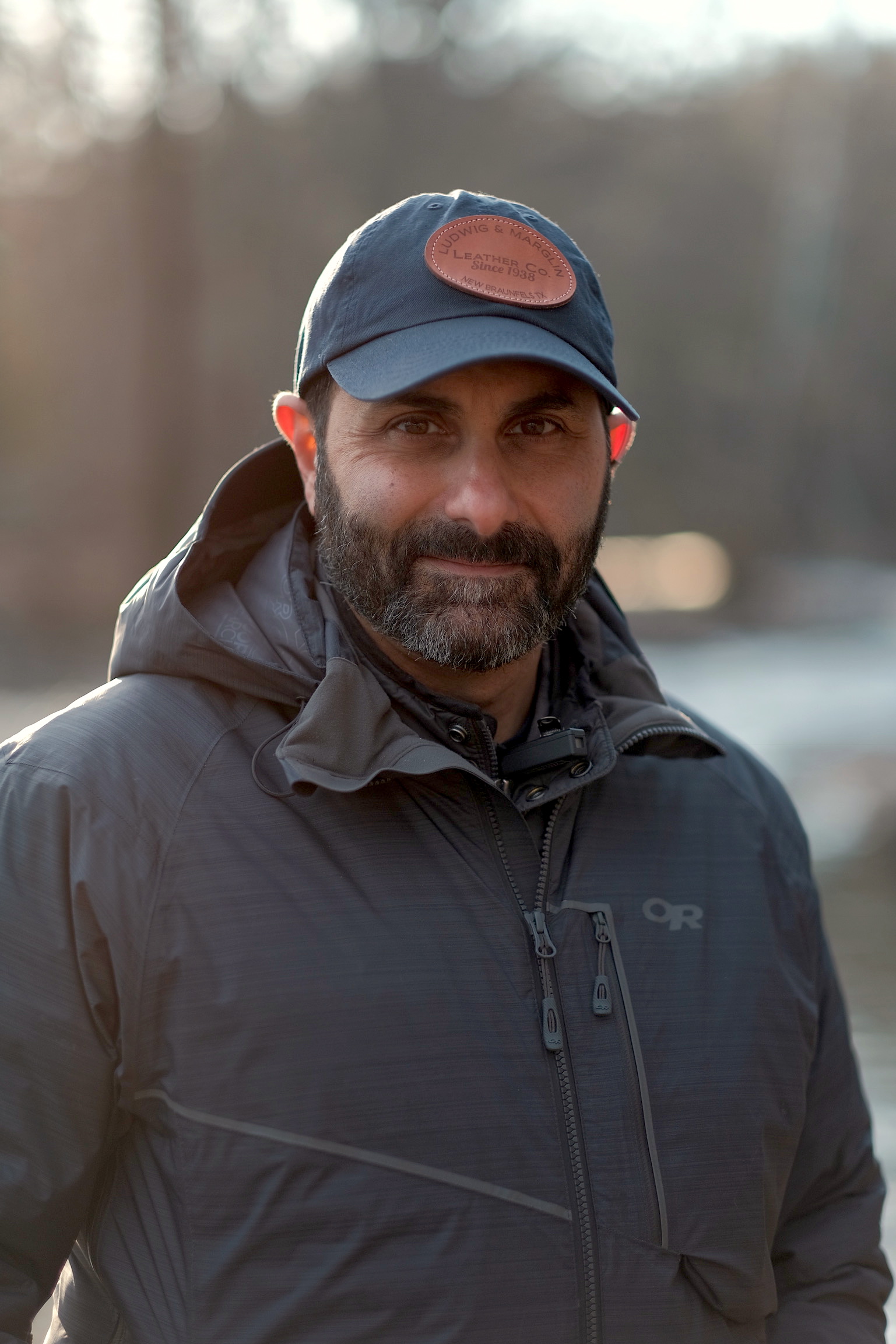 PH: How did you get involved in the film Follow Her? Tell us a bit about your relationship with the lead filmmakers!

Michael Indjeian: I have been fortunate to collaborate with the talented Director/Producer, Sylvia Caminer, for almost a decade.  When this project came up, she reached out to me and asked if I was interested in producing the film.  I immediately felt strongly about the merit of the script and evaluated how I would approach producing the film.  I have tremendous respect for Sylvia as a filmmaker and knew our working relationship would serve as an advantage in bringing Follow Her to life.  So, I happily welcomed taking lead as the film’s Producer.

During the development stage, I met Writer/Star, Dani Barker, and we instantly clicked.  The basis of her script was fascinating to me not only because it was based on Dani’s real-life experiences as a social media star but also on how relevant the story was in today’s world.  Throw in the unexpected plot twists and underlying moral dilemma the main character is faced with, Follow Her poised itself to be a thrilling ride for audiences to really sink their teeth into.

Together, the three of us quickly evolved into a cohesive team with an incredible working dynamic, anchored by the professional trust for one another.  Trust is essential given the complexity and time involved in producing a feature.

PH: Which scene was your favorite in Follow Her?

Michael Indjeian: One of my favorites Follow Her scenes is when the main character, Jess Peters (played by Dani Barker), initially meets the charming, yet mysterious Tom B. (Luke Cook) in a remote upstate park to discuss Jess being hired by Tom to work with him on a screenplay he is writing.  Their chemistry is off the charts, and as a viewer you are left to wonder, who is the protagonist and who is the antagonist in this “cat and mouse” game they engage in very early on.

PH: Describe this scene and the significance it has to the rest of the film?

Michael Indjeian: Jess is a rising social media star, who always toes the line between social responsibility and self-indulgence.  No matter what the cost, Jess’s driving force is to crack the Top Ten ranking on the “Live Hive” social media platform.  Her Classified Crazies channel consists of her answering online ads for sketchy jobs, like being tickled for cash, but then she secretly films the encounters with hidden cameras, and posts the videos without any consent, to her audience’s delight and distaste.

When Jess answers Tom’s online ad, this time for a screenwriting job, it brings her out of her comfort zone.  Jess lives in New York City and must now travel upstate to meet Tom by herself.  It is at this moment that Jess enters a new, uncertain world that she must pass through to get what she desires.  Working with Tom will earn Jess $1,500 and a chance to elevate her current ranking into the Top Ten, which will also trigger extra cash.  What Jess doesn’t realize is that Tom is more than she bargained for.  The two have instant chemistry, and the story now sets up for an intense and unpredictable dynamic between the two characters.  Typically, it is Jess who manipulates her situations to gain from, but now that power is up for grabs with Tom’s introduction.

Personally, I love story worlds and the idea that characters must pass through new thresholds to fulfill their wants or needs, and how those same characters will never be the same once they have achieved their goals and completed their journeys.  This scene is a necessary turning point for Jess.  Once she enters Tom’s world, Jess becomes off-balanced trying to find her footing.  Her judgment is impacted along with her actions.  Jess had better think quickly because in this new world her old tricks may not work as easily as they used to.

PH: In the development process, what were the keys to making the film a success both on set and in the final product?

Michael Indjeian: As a start, a compelling storyline with a well-written script was key.  With the strength of Dani Barker’s script as the foundation, our visionary Director, Sylvia Caminer, was then able to go in and make contributions as the screenplay transitioned over to a shooting script.  This served as a fantastic blueprint for the cast and crew to now begin their prep and take ownership moving forward.

Our talented Production Designer, Noa Rachel Bricklin, diligently dissected the script and found various ways to help tell the story visually by the use of set design and props, which would also establish the intricate worlds that revolved around the main characters.  The original artwork was a big factor that played throughout the film, all great choices by Noa working with Sylvia.

The script also served as a critical key in landing our brilliant cast of Luke Cook, Eliana Jones, and the legendary Mark Moses.  Once aboard, each actor dove into the script and made the characters their own.  Luke, for example, really dialed in his Tom character, and personalized his lines, adding some punchiness and pizzazz as he thought Tom would be.  Eliana channeled her celebrity persona as Kai, the #1 social media star in the “Live Hive” world that Jess strives to emulate.  All while, Mark brought a sense of reason and maturity to his approach as Jess’s father.

What a pleasure it was to collaborate with such wonderful professionals and experience these worlds and characters coming to life right before the lens.  All of these combined factors brought an immediate richness and depth to what was captured on set to what was then elevated in post-production and to what ultimately ended up being a successful final product.

PH: What technical challenges did you or the film encounter as it came together? How did you overcome it?

Michael Indjeian: Sylvia wanted the film to look as cinematic as possible with a touch of glossiness so that Follow Her would appeal to a wider audience.  The initial challenge was to get the right Cinematographer on board who could deliver on the look of the film but also add the expertise of using the camera in a specific way to lure the audience into Jess’s world.  Then, there was the complexity of using practically hidden cameras in Jess’s glasses and various other devices that she used on-camera to discreetly record her client encounters.

Bringing in the great Luke Geissbühler as the Cinematographer solved all of this.  Luke was just a pleasure to collaborate with.  He beautifully photographed the film, crafted wonderful camera movements, and worked quite fast on set with our tremendous camera, grip, and electric departments.  Luke’s contributions really helped strengthen the pace of our shooting schedule, and equally allowed us to capture a lot in a short amount of time.

PH: Are there any other fun anecdotes from the development of Follow Her?

Michael Indjeian: Sylvia approached me on set one day and asked me to play a non-speaking character in the film.  It was important for her to somehow get me on-screen.  At the time, I simply laughed because I was a bit busy producing the film behind the scenes, and here she was suggesting I step away from that.  Regardless, I agreed, put on my acting hat, and appeared in the film.  Funny enough, the night before my scene, I was prepping with our 1st AD to make sure everything was set for the next day and realized that I also needed to organize my wardrobe for my scene.

Towards the tail end of production, Sylvia asked me again to have my character make another appearance, this time as a Ride Share driver who was shuttling Jess to her apartment.  The scene was scheduled to be the last scene of the evening.  So here we were, I am driving my SUV with Dani sitting in the back passenger seat, Go-Pros are rolling, and Sylvia is hiding in the very back storage area directing and watching the monitor as we shot the scene.  It was just the three of us filming that final scene, while the entire crew wrapped back at Jess’s apartment!  Just a great moment for the three of us.  Looking back, I am truly grateful to Sylvia for putting me in the film, I actually ended up appearing in 4 total scenes!

PH: What do you hope audiences take away from this film?

Michael Indjeian: The hope is that the audience examines their own personal social media presence, assessing the authenticity of who they really are versus who they project to be.

PH: What is next for you?

Michael Indjeian: I am thrilled to be representing Follow Her at ScreamFest LA and the Austin Film Festival alongside Director Sylvia Caminer and Writer/Star Dani Barker.  We just returned from FrightFest in London and BIFFF in Brussels and cannot wait to attend these next festivals.  So far, the film is getting fantastic reviews and has received 11 festival awards to date.

At the same time, I am writing a psychological drama that I intend to direct and produce.  The theme focuses on mental well-being, the stigma that still surrounds it, and the inner demons that haunt us.  The subject matter is a bit dark, but a focus on overall well-being cannot be undervalued.

Also, I am very excited about the PBS Travel Show, “Samantha Brown’s Places to Love” that I produce and periodically direct.  This year, the show was nominated for 3 Daytime Emmys, that’s now 8 nominations in the past 4 years with 2 total wins for Show & Host.  Personally, being nominated as both a Producer and Director was a milestone for me this year.  I am absolutely looking forward to the Season 6 premiere in January 2023. 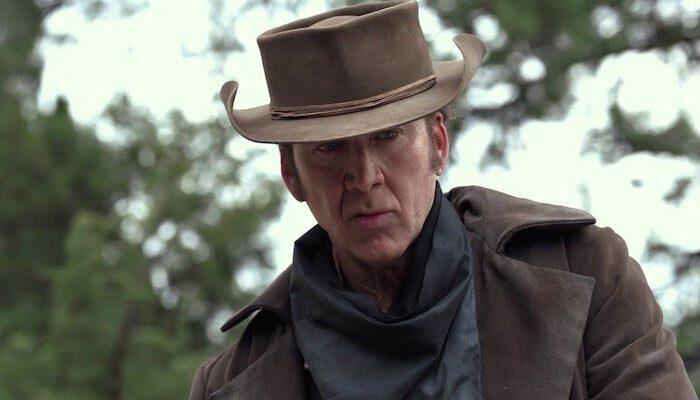 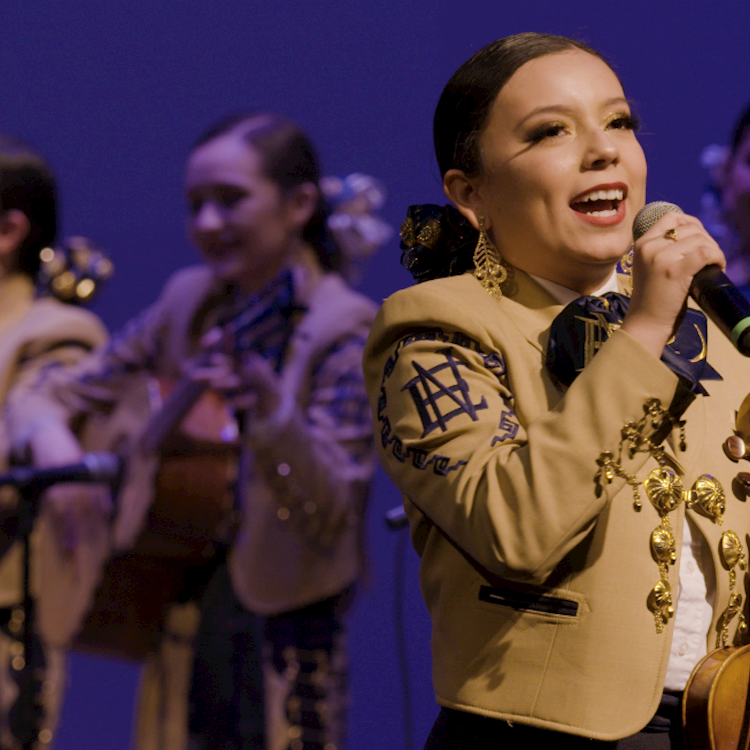 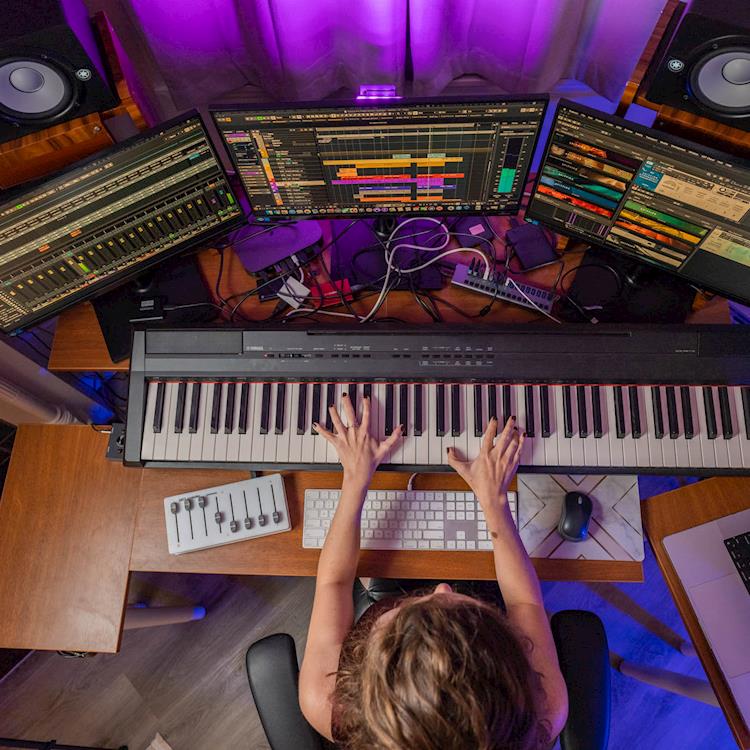