Neil Patel, production designer for Pretty Little Liars: Original Sin, HBO Max's upcoming show that premeired on July 28, centers around a group of high school girls tormented by a mysterious Assailant who makes them pay for their parents' secrets from 20 years ago.

Neil wanted to make sure that the production design reflects the mystery and thrill of the storyline by using 70s-90s horror films as references and inspiration. As part of these efforts, Neil transformed an abandoned school building into Millwood High School, reflecting the rundown state of the down and dark undertones of the show. Additionally, by using old murals, cars, and rundown buildings, the production design completes the feel of danger and secrets hanging in the air. Beyond the thriller aspect of the show, Neil also made sure that each of the main characters' bedrooms reflected their personalities through bold colors and decoration.

PH: Hi Neil! How did you get into production design? Who are some of your inspirations?

Neil Patel: I started my career in the theater as a scenic designer. As a student, I was inspired by seeing experimental work in the New York theater. The work of the Wooster Group, Robert Wilson, and Richard Foreman inspired me because the design and environment were such an essential part of the performance. It wasn’t just decoration; it was the architecture of the event. I apply that to production design which I believe is the structure of the storytelling of the film or series. My biggest influence in cinema at that stage in my life were the movies Badlands, Days of Heaven, and anything by David Lynch.

PH: How did you become involved with Pretty Little Liars: Original Sin? What drew you to the project?

Neil Patel: I love horror films, and Pretty Little Liars: Original Sin leans heavily into the genre, and Roberto and Lindsay, the showrunners, wanted a highly stylized look influenced by the genre's masterpieces like The Shining, Suspiria, Carrie, Halloween, and Nightmare of Elm Street among others. I love those films and wanted to live in that world for a while, even though it was a bit unnerving to watch them by myself in the middle of the night in the woods in the Catskills where we were shooting!

PH: What was your design approach to this series? Can you walk us through some of your thought process?

Neil Patel: I started with the five little liars and their environments. Although the look is highly stylized, I created layered and distinct looks for their homes and the Beasley household that grounded the characters and let the audience know immediately where they were. That served the vital role of visual storytelling and allowed me to be bold with color and pattern with elements like wallpaper. Faran’s Muhammed Ali paper is my favorite. Faran is an aspiring ballerina, but her father Zeke is a huge boxing fan which we establish by dressing in the living room. The wallpaper evokes Zeke’s influence on Faran but also shows her boldness and power. 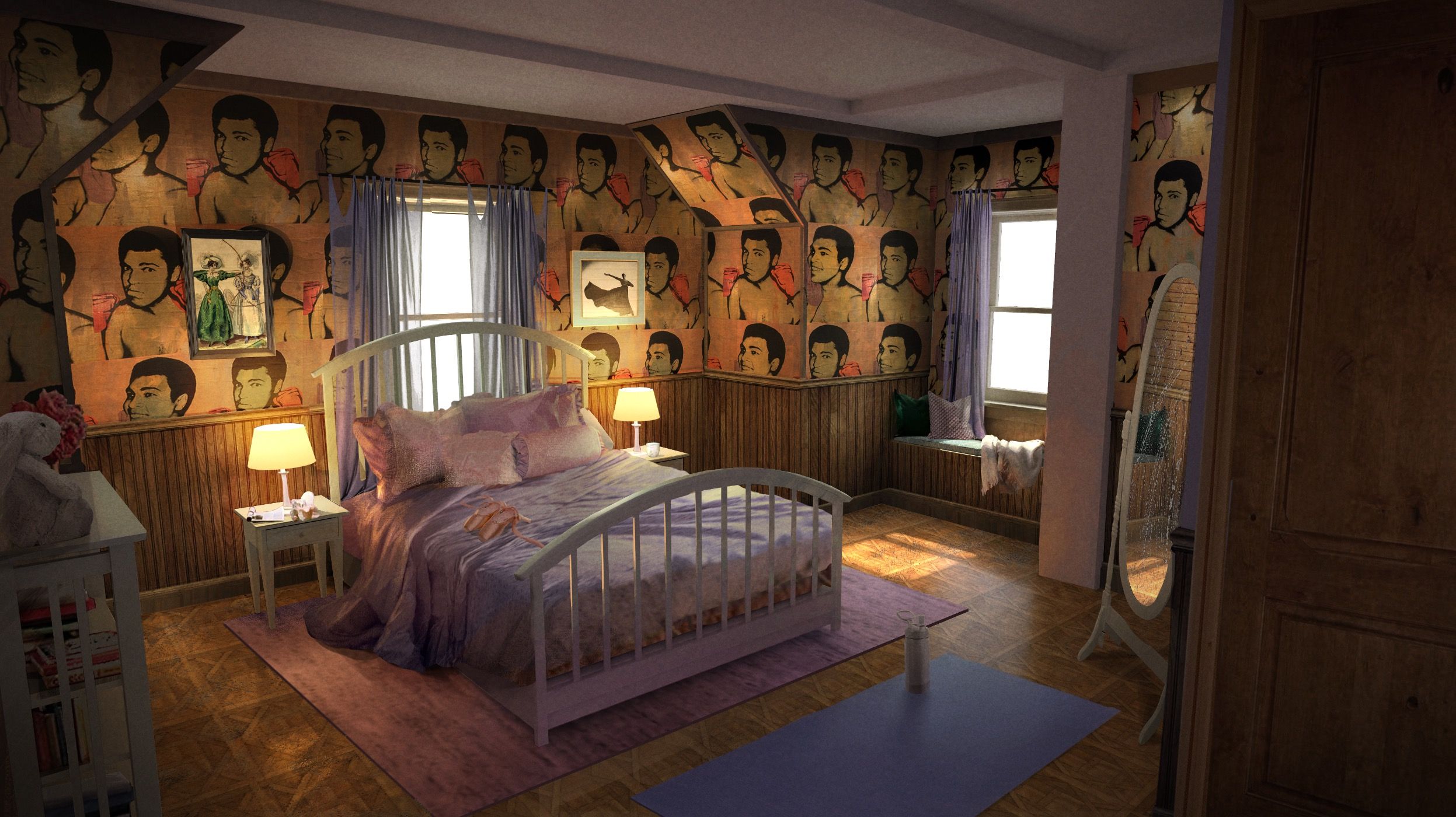 PH: Can you share how you infused 70s-90s horror films as references and inspiration?

Neil Patel: The production design for PLL: Original Sin invokes classic ’70s-’90s horror references (The Shining. Suspiria, Halloween, Friday the 13th, Nightmare on Elm Street, Carrie) and synthesizes them into a unique look that is unapologetically referential to the genre, horror forward but specific to the story. There is fun in trying to find all the easter eggs but the real point of the design is to create a stylized world that is actually SCARY.

Millwood, the town, is a collection of Working to Middle-Class environments. With older cars, furniture that spans many decades, and styles, we established a place where the new is hard to attain. It takes place now but is seen through the many layers of time of the story and always looking back towards the 1999 and the parallel world of the Mom’s 20 some years ago. This approach allowed the horror film references to feel organic to the world. In Episode 7, our characters visit a timeless and gritty carnival and mirror maze. It refers to the 70s and 80s and the many cinematic precedents but feels natural to their world. I added specific references like the famous Amityville Horror windows in Imogen’s room and the basement from Zodiac for the Adams basement. Still, it looks organic to the world we created.

PH: What types of sets did you create for the series? Can you provide details?

Neil Patel: Besides the character homes, we created Millwood High School, an older and neglected school full of character and layered detail. Our location manager David Ginsberg found an abandoned high school in the Catskills that became our base. The school had been neglected for 20 years and had recently been purchased by a group of international art galleries that were to become our landlord. The walls had stories to tell, and the gym had resident bats. It was a perfect evocative location for our story, full of mid-century architectural details and a patina of decades of institutional decay. On stage, we built the locker rooms and bathrooms with working showers to blend seamlessly with the location sets. 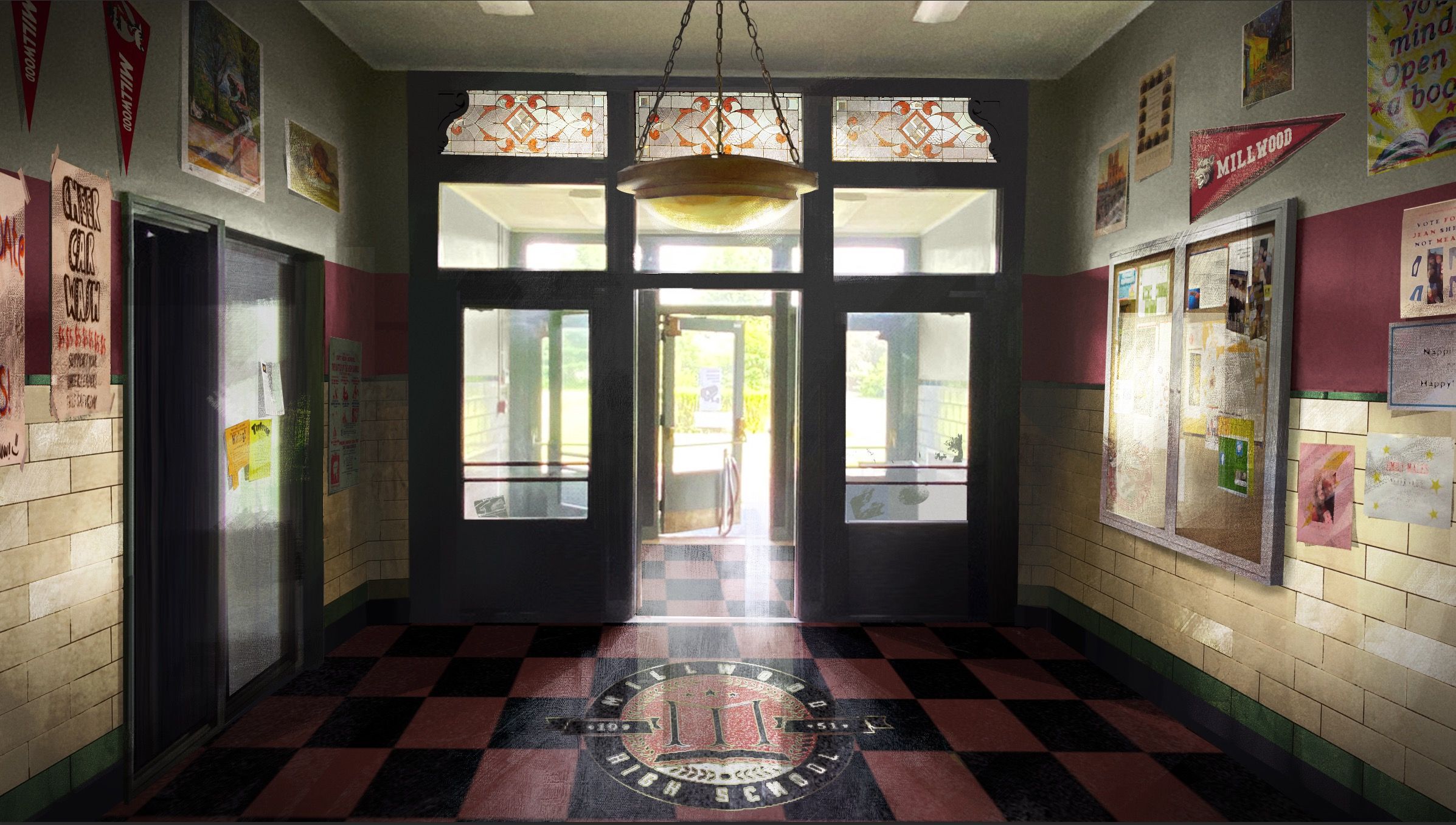 I created an old movie theater lobby, one of my favorites to design. It is an homage to the lobbies of deco movie theaters I have loved, like the Vista Theatre in Los Angeles but with its uniquely Millwood sense of neglect. To decorate this set and some of the bedrooms, we licensed 100s of film posters that change throughout the season to reflect the seasons and themes of the episodes. It was important that these were real. PLL: Original Sin is a show that constantly refers to movies, and the character Tabby is a filmmaker. The authenticity and attention to detail here were critical to selling that story.

One of the hangouts is a pizza parlor called Pin Ball Pizza. I was inspired by many visits to Sally’s in New Haven to create a place that feels truly local and unique. We salvaged old booths, pinball machines, and a real pizza oven to give it authentic texture and detail.

Old murals appear throughout the design, referring to Millwood’s glory days as a thriving steel mill town. We hand painted all of these. The look is analog, not digital. I think of Millwood as an analog place still entrenched in its past, much like the characters cannot escape past crimes. Diane Andazola led a superb scenic team.

PH: How do you push your own creative boundaries and take risks for these types of set designs?

Neil Patel: I always try to remind myself in the process that although production design always needs to feel honest and trustworthy to the audience, there is nothing real about it. So I tried to push the boundaries in this stylization project and sometimes break the traditional rules of place continuity to create a mood. I think this is essential to horror and all the films I love.

PH: You also made intentional design decisions for each of the characters' bedrooms. How did that come about?

Neil Patel: With the pilot director Lisa Soper we assigned each character an object (Tabby is a hammer, Imogen is a knife, Noa is a shield, Mouse is a trap, and Faran is an arrow). It was the starting point to give each bedroom a theme. I then used each character's interests (Mouse/Technology, Faran/Ballet, Noa/Sports, Tabby/Film) to inform that dressing. Each character's family history also plays into the look. For example, Mouse's bedroom has wallpaper created by a female artist, Faran has her father's hero Muhammed Ali on the wall, etc. The accumulation of these details and the color story for each bedroom led to the final look.

PH: I'd love to hear more about how you utilize and work with your team of showrunners, directors, producers, etc. to make these intricate designs come to life. Can you give insight into what a day of collaboration might look like? 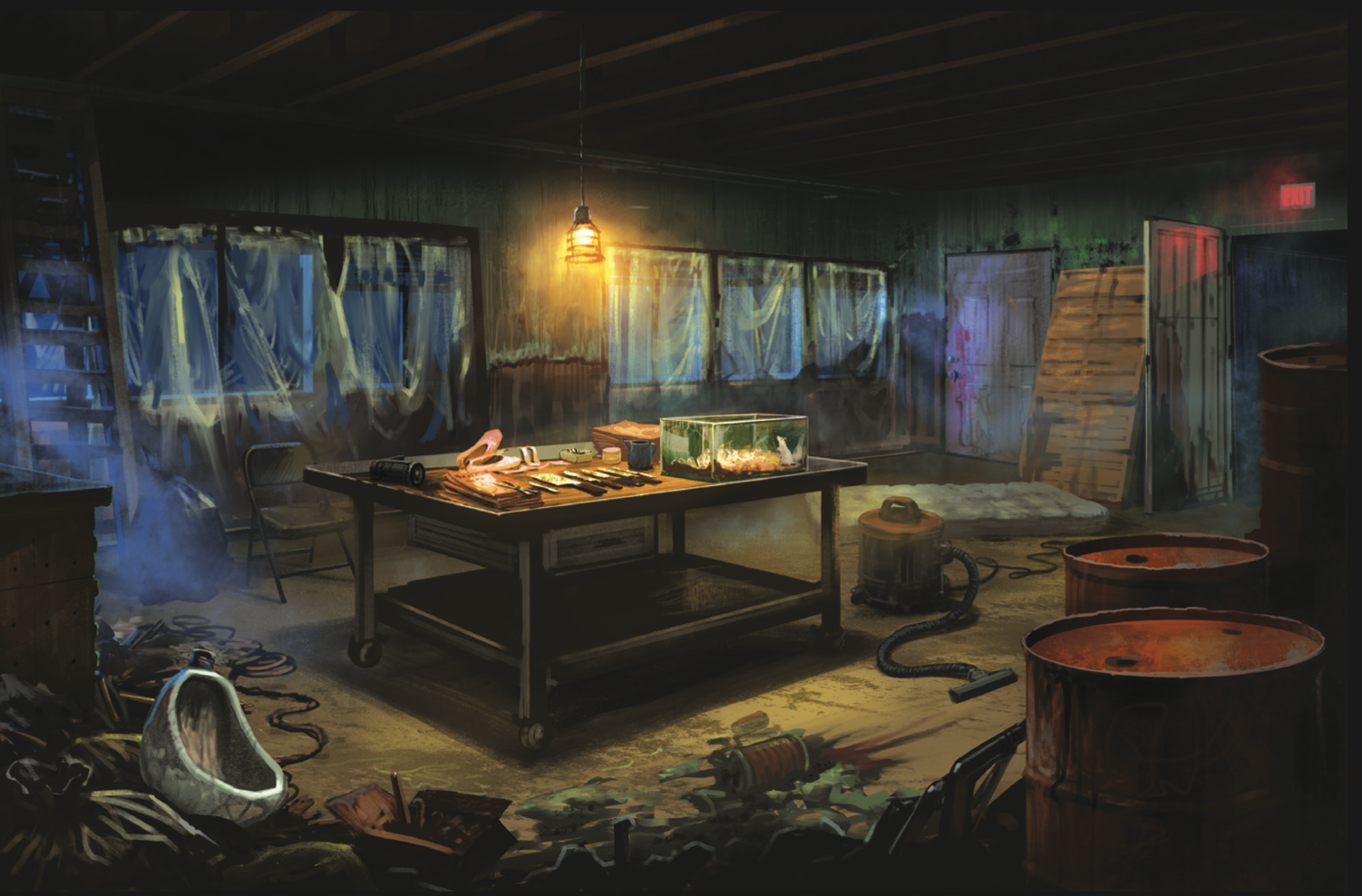 Neil Patel: Production Design is all about teamwork and collaboration, of course. I am only as good as those I work with. A typical day starts with notes from showrunners from the concept renderings I sent the day before,  scouting with the director,  going over furniture selections with the set decorator, reviewing color samples with the scenic artist, gathering references for the graphic designer, looking at plants with the greens department and sometimes having time to order lunch. It does not go back and forth but gradually progresses towards the final design.

PH: What's one of the biggest lessons you've learned doing your job?

Neil Patel: You cannot solve all the problems at once. The design needs to evolve over time. Patience and perseverance are the most important qualities to have. Without them, it doesn’t matter how brilliant your original idea is. You need the psychic stamina to see it through and stay open to the evolution of the work.

PH: What does this upcoming year look like for you? Is there a certain type of project that you'd love to work on that maybe you haven't yet?

Neil Patel: I was lucky enough to fall into two projects that are the types of projects I have always wanted to do. I am currently designing an epic series in South Africa that tells the story of King Shaka of the Zulus in pre-colonial Africa for Showtime. I am also opening a project in September that I designed pre-pandemic: David Byrne’s Theater of the Mind, a live experiential piece.