Director David F. Sandberg has always had a passion for horror and sci-fi films. Though his résumé includes a variety of animation, documentary and short form drama projects, horror and sci-fi have always been the end goal.

I've always loved horror and sci-fi, but can't remember how it started. I think a lot of it has to do with the fact that you can explore really interesting ideas in sci-fi, and with horror, I love ‘playing’ the audience and getting them exactly where I want them,” explained Sandberg. “It's so satisfying sitting with an audience watching your horror film. You hear gasps, screams, laughter and people yelling at the screen in all the right places – that feeling of things working just as you intended.”

Sandberg has also never been afraid to put in the necessary work. He knew early on in his career that to get someone to trust him with making horror films, he needed to have something to show for himself, which is why he began making horror films in his apartment with his wife, Lotta Losten. “I'm a jack-of-all-trades, having done most things on my own productions, from writing to visual effects to composing music. I enjoy all aspects of filmmaking, and I don’t let the absence of budgets stop me from creating. I’ll make do with what I have and learn along the way,” he said.

Sandberg believes that the more you know about every aspect of filmmaking, the better and more efficiently you can work as a director. “Like with VFX, since I do VFX myself, it's very easy to talk to the VFX supervisor, and I know what's easy and what's hard to do. And of course, knowing how cameras work is a benefit,” he noted.

Sandberg’s love of horror and DIY mentality helped spur his 2013 short film “Lights Out,” which not only won the Best Director award in the Bloody Cuts Horror Challenge and went on to screen at film festivals around the world, picking up additional awards, but it also became a huge viral hit with more than 20 million views. In 2016, Sandberg turned “Lights Out” into a feature film and major theatrical hit, proving he is a force to be reckoned with in the horror genre.

I think a sense of DIY is important for all filmmaking,” he commented. “Certainly, with horror you're usually dealing with lower budgets than other genres, so you have to get inventive to get what you want.” For example, Sandberg references the character Diana's glowing eyes in “Lights Out.” “I was told we didn't have the budget to add CGI glowing eyes so I said, ‘Well, let's do it in-camera then.’ I went home and experimented with Lotta. I bought some reflective tape and shot Lotta as a backlit silhouette with circles of tape on her eyelids. I had my iPhone flashlight next to the lens of the camera, which was weak enough not to light up Lotta’s face at that distance, but was still caught by the reflective tape,” he said.

Soon after “Lights Out,” Sandberg was tapped to helm his most recent film, “Annabelle: Creation,” a follow-up to 2014’s hugely successful “Annabelle.” In “Annabelle: Creation,” several years after the tragic death of their little girl, a doll maker and his wife welcome a nun and several girls from a shuttered orphanage into their home. They soon become the target of the doll maker’s possessed creation, Annabelle.

Getting Hands-on with ‘Annabelle: Creation’

Regardless of a film’s size or budget, Sandberg still applies his hands-on, DYI approach to filmmaking, and “Annabelle: Creation” was no exception. “During editing, I had an idea and needed an insert shot of blood dripping on the floor. I had my Blackmagic Pocket Cinema Camera and figured if I could just get some of the floorboards we used on the set, I could shoot that myself,” Sandberg explained. “I managed to get some of the floorboards from storage, set up the camera, dripped some food coloring on the floor, and I had my shot.”

Sandberg noted that since the Pocket Cinema Camera is his own personal camera, it's always available to him whenever he needs to grab a shot. “For me, it's important because I don't want there to be anything holding me back if I get a creative urge or I just want to try out some ideas,” he said. “Before ‘Lights Out’ (the feature), I shot test footage with my Blackmagic Cinema Camera to get a better understanding of how we would keep our antagonist a silhouette for 95 percent of the film.”

“On ‘Annabelle: Creation,’ I would always have my Pocket Cinema Camera in my bag in case I needed it during the shoot. A couple of times, I used it as an extra camera if we were shooting stunts or similar things to have extra angles just in case,” he explained. Sandberg cited several examples, including when Bee (Samara Lee) turns around and her face has turned demonic, causing Janice (Talitha Bateman) to fall over; Sister Charlotte (Stephanie Sigman) getting slammed into a mirror; and POV shots inside a dumbwaiter.

In addition to the Pocket Cinema Camera, Sandberg recently added Blackmagic Design’s URSA Mini 4.6K digital film camera to his arsenal. “I had purchased the URSA Mini 4.6K for personal use, and I'd been very impressed from my tests with the camera. I felt it was a camera I could definitely use for features and was eager to try it out,” he noted.

“Toward the end of ‘Annabelle: Creation,’ there is a series of family photos in a bedroom that show the progression of a character growing up. We shot that scene during the main shoot, but I wasn't happy with the look. I figured I'd try to reshoot it myself in my bedroom with the URSA Mini 4.6K,” he continued. “It's a VFX shot where I composited the photos and reflections into the frame, and I also needed to do a digital zoom. I wound up blowing the whole shot up over 30 percent because I shot it a little extra wide for tracking purposes and to have control over the movement. You can't tell in the film though, and the footage held up great, cutting together perfectly with the main shoot’s footage.”

According to Sandberg, he prefers to shoot in RAW because of the quality and flexibility in post, which is also what drew him to Blackmagic Design’s cameras. “I always shoot RAW, and the quality and post flexibility of RAW at very affordable prices are why I use Blackmagic Design cameras. I also like to own cameras, so I can do my own little projects, like short films and just test things out, as well as have them ready to go whenever I need them on larger projects,” he said.

Sandberg also highlighted the cameras’ form factors and dynamic ranges. “I love how tiny the Pocket Cinema Camera is. When I shot the flashback sequences in ‘Lights Out,’ I wanted them to feel like old film, something between 16mm and 8mm, so I bought a camera handle and a viewfinder and rigged it like a handheld old film camera for that authentic feel. It's just a fun camera to shoot with, especially in that configuration.

“The URSA Mini 4.6K is of course more of a proper, bigger camera. It’s still fun to shoot with, but the big advantage of that camera is the crazy dynamic range and the resolution. I'm not really a resolution nut when it comes to delivery, as I think 2K can look great. But when it comes to shooting, I think why not shoot with as much resolution as you can afford for post flexibility? Even if you're shooting for 4K delivery, you get extra resolution on the URSA Mini 4.6K,” he explained.

For “Annabelle: Creation,” Sandberg’s DIY mentality continued into post. “The title screen features the film’s title appearing as text burned into wood, and it was pretty much all made in Blackmagic Design’s Fusion Studio,” noted Sandberg. “I did the text appearing effect by blurring the text and playing with the contrast to make it look like it spread and took shape, setting the blending mode to ‘burn’ of course. I created the flickering firelight with shake modifiers randomly blending between different fire colors.”

Sandberg also finessed the main title sequence at the end of the film with Fusion Studio. He added, “I wanted it to end with the Annabelle doll turning her head for a few frames before cutting to black. We have this rule of the doll never moving on her own on camera, but I wanted to give a little tease of that at the very end. When we shot the doll, I walked into the frame and turned her head with my hand thinking I would just paint my hand out. The turn didn't feel right though, and she didn't move the way I had envisioned it, so I took a still frame of her sitting in the first position and then picked out the perfect end frame, morphing between them using optical flow in Fusion Studio just to get it perfect.”

Even though Sandberg is newer to Fusion Studio, he loves diving in and learning new things. “I got curious about Fusion Studio when I heard Blackmagic was going to release it. I'd done a lot of work in other programs, but I found them to be cumbersome when it came to compositing. I was eager to get a proper node-based compositing program that was affordable,” he said. “I love the node-based workflow, and it's really powerful. I used layer-based workflows in the past, but I prefer nodes. It's so simple to reuse setups, and the fact that you can just copy and paste node setups between different projects is fantastic. I found it quite easy to learn too. The only things I was really missing at the time were a planar tracker and a camera tracker, but Fusion 9 now has both of those.”

“I've used DaVinci Resolve Studio since I bought the first Blackmagic Cinema Camera and a free copy was included. I knew that it was used on Hollywood feature films and found it to be excellent to work with the RAW footage from the camera,” Sandberg concluded. “The color tools in general are great, but I also like that DaVinci Resolve Studio has become a full editor over the years, and I want to try to do more work in it. It would be nice to do less round tripping since everything ends up in DaVinci Resolve Studio anyways.”

With the popularity of live competition TV shows continuing to increase and attract bigger audiences, the production levels required to make them have never been higher. Consequently, it’s now common practice to employ a second technical director or “screens TD” along with the lighting department’s graphics server operator to create the look and feel of the extravagant LED video tile-intensive sets. For most live productions today, a “screens team” along with the LED tech is usually needed to manage the LED tiles, as many of the stages have millions of LED pixels and countless lighting rig configurations. 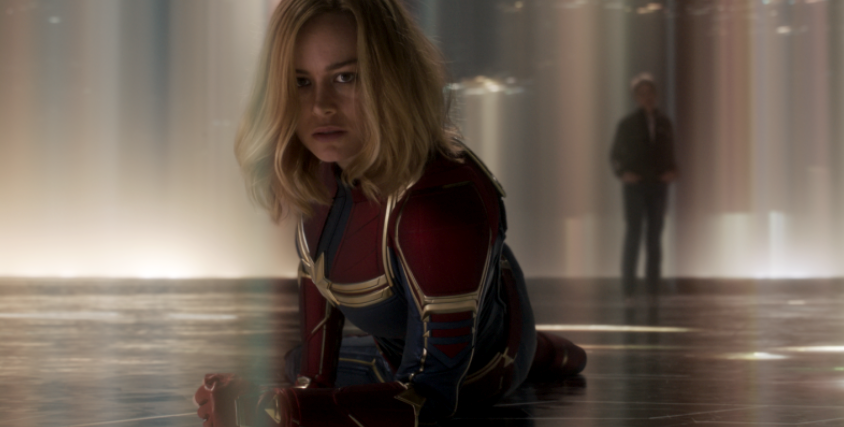 Continuing a long and collaborative relationship with Marvel, Animal Logic was invited by VFX Supervisor, Chris Townsend, to be part of the VFX Team on Captain Marvel – the origin story of an iconic galactic heroine. 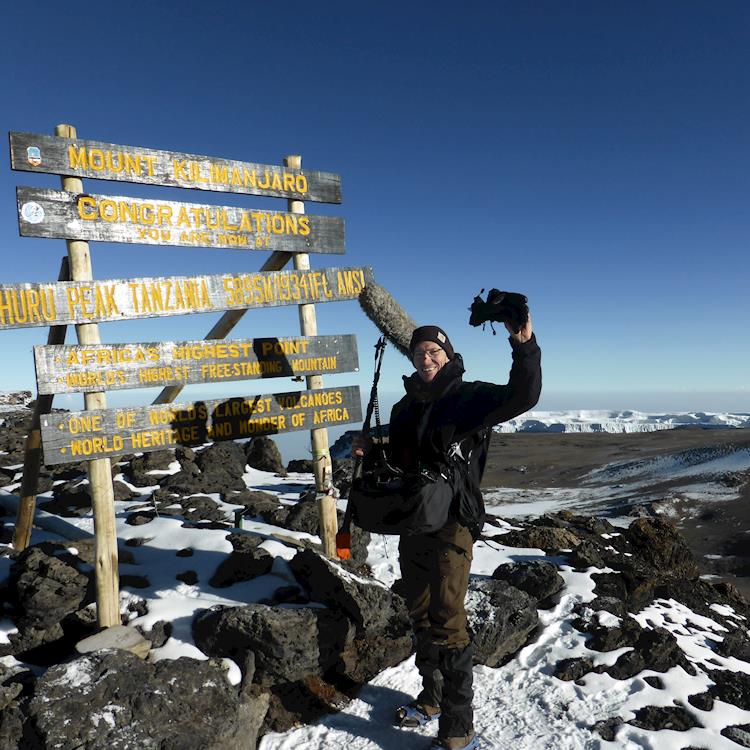 Pete Lee is not new to working in the rugged wild. Adventure is second nature to him. A look at his resume shows the challenges he’s used to — Sound Supervisor on Special Forces: Ultimate Hell Week, Sound Recordist on Trailblazers TV Series, Sound on Man Vs. Wild Series and the list goes on. So when he was called on to scale the world’s highest free-standing mountain, while providing sound, Pete was in.