Johnson documented the raw and personal film with Canon’s compact EOS C300 Mark II on her shoulders, allowing her to capture intimate conversations and interactions with Dick in a way that brings viewers directly into their home. She uses creative shots and angles to draw the audience into her unique story and approach, even letting them in on the filmmaking magic of the staged scenes along the way.

She spoke to ProductionHUB exclusively about the experience.

PH: What's the story behind Dick Johnson Is Dead and what motivated you to work on this project?

Kirsten Johnson: In 2016, I had a dream that I saw a man I didn't recognize in an open casket and he sat up and said "I'm Dick Johnson and I'm not dead yet!"

Literally a wake-up call, somehow this dream made me think about how cinema itself might show us the way to push back against time and death in an effort to express love.

PH: This is a personal story for you. What were some of the challenges working on something so personal?

Kirsten Johnson: I have a responsibility to my father as dementia overtakes him. To the extent that I can I need to keep him safe and healthy. But/and/also, he and I agreed that the process of making this film together might be a way to face our fears and transform pain into humor and irreverence. The challenge was navigating the ever-shifting expression of Dad's dementia, as we tried to honor the hilarious, soulful, gentle person he has always been through making this film together.

Kirsten Johnson: We had twin concepts heading into this film. One, we could trust observational documentary filmmaking to deliver completely unexpected and deeply emotional moments. Two, we would need to imagine moments of "death" and beyond and we couldn't know what that might look like until we understood where the documentary footage was taking us. We knew that the documentary material would yield ideas about the imagined material and we were willing to wait for those ideas. We wanted to allow the "unexpected" to surprise us at every stage of the process. So we edited early, we sound-mixed multiple times, we broke the structure of the film and remade it all the way to the very end, never knowing in advance what would emerge or how the many tones of the film might function together.

We thought a lot about "cinema language" itself. So we set up conditions in which we empowered all of the camera people to film in many different ways. On the human level, we were committed to respectful working conditions for all, which meant having multiple conversations with all of the crew people as well as the people we would film. With the funeral scene, I had extensive conversations with the pastor of the church, my father's friends, and my family in order that everyone go into the experience feeling heard and seen. In this way, we were all open to let what would happen, happen, knowing that some of it would be performance, some of it felt, and all of it completely unexpected. That's what we prepared to be ready for and completely surprised by.

PH: Can you talk about how you used Canon’s EOS C300 for filming?

Kirsten Johnson: The cameras we use correspond to moments in history. When Canon's C300 burst onto the scene in 2012, we documentary camerapeople had been waiting for years for a flexible, small HD camera with which we could use prime lenses. Up until that time, most of us had been reliant on cameras with built-in zoom lenses of much lower quality. Suddenly, all of us were using the C300 and were so grateful for it! I shot almost exclusively with the C300 between 2012-2016, and during that time, I shot some footage with my father and my children that was used in CAMERAPERSON and then later used in DICK JOHNSON IS DEAD. CAMERAPERSON is a film in which I go back to footage that I shot as a documentary cinematographer over the previous 25 years on behalf of films for some 30 different directors.

The footage all looks different because of what and who I filmed but also because of the different cameras used at different moments in time, as well as how much I changed as the person filming it. I love the way the technical quality of footage relates to the person who filmed it at a certain moment in time. It's not just the image a particular camera can create, but also what it feels like to hold a certain camera and what the shape of that camera allows one to do physically. The Canon C300 enabled the possibility to move in new ways and well as to see in new ways.

The traces of who we were in relation to other people - both in our bodies and in the "machine" of technology at a certain moment in time is what images are. I think of those images AS ongoing relationships which are embedded with the traces of historical moments which are already gone. The images that emerged from the Canon C300 have qualities to them which no other camera can embody. Like each human, each model of camera has its specificities, and expresses a moment in time and the capacities and aspirations of that moment.

PH: What was your creative process? How did you tell a personal story with shots and angles?

Kirsten Johnson: Our creative process was set up to engage with the "unexpected" and the nature of time itself. In the editing room, one can move back and forth on a timeline - creating new chronologies out of what has happened and what will happen. Life is happening. Death will happen. Life has happened. Death has happened. And yet, as we all know, lives and deaths are more complicated than that. We can see "dead people" alive in movies. Buster Keaton is alive to me. Even though he was already dead when I first saw him in a movie. I think filmmaking is about attempting to see what has been buried, to reveal what is hidden, to attempt to imagine the invisible.

Because I have worked as a crew member for so many years, I also think of the crew and the people "behind the scenes" as what is "hidden" in most cinema. I am interested in the ways the collaborative process and the interactive human relationships of making films can be revealed, honored and interrogated. That's why I was interested in working with stuntpeople on DICK JOHNSON IS DEAD. They actually put their lives at risk for real in order to be invisible as human bodies in film. We see the "star", we don't see the stuntperson. Showing the people who are usually not seen in the process of filmmaking, such as the stuntpeople and crew people and shooting "behind the scenes" in as many ways as possible with this film allows us to play with the constant "reveals" of being human.

PH: You also give viewers a look at some of the staged scenes. What inspired that?

Kirsten Johnson: Staging moments allow us to play with what we don't yet and perhaps will never be able to know. What does it look like inside the mind of a person who has dementia? What is self? Where does that self go when we die? How does time work? What is the nature of immortality? Doctors, philosophers, scientists, physicists and a whole lot of humans have always struggled with the implications of such questions. DICK JOHNSON IS DEAD is the expression of a collective of people attempting to use the tools of cinema to play with and think about these questions in collaboration with all future audiences who will see the film. 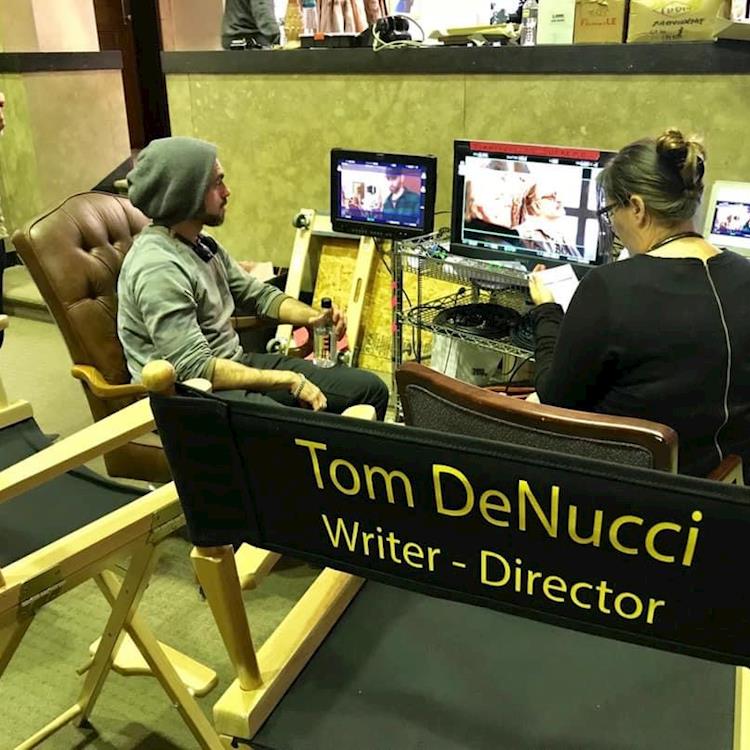 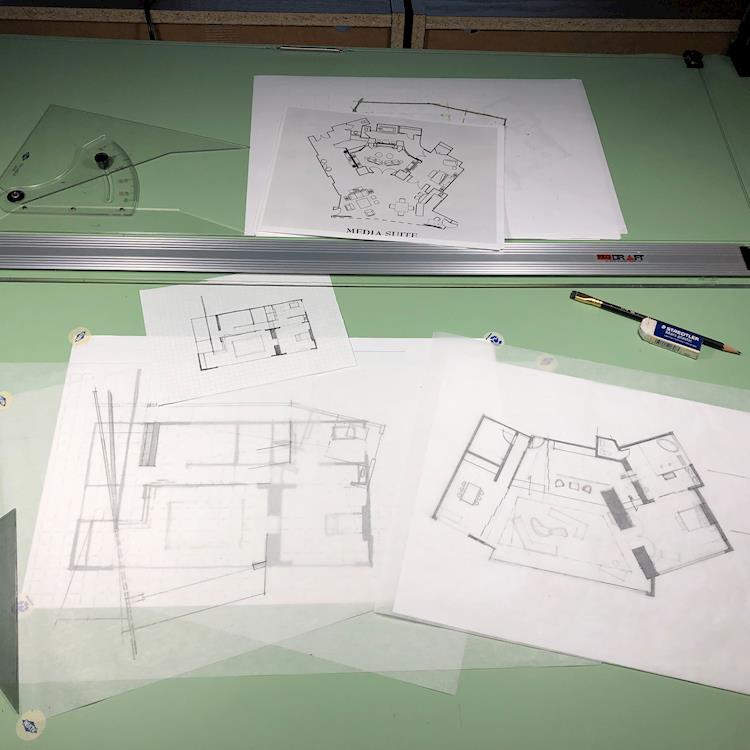 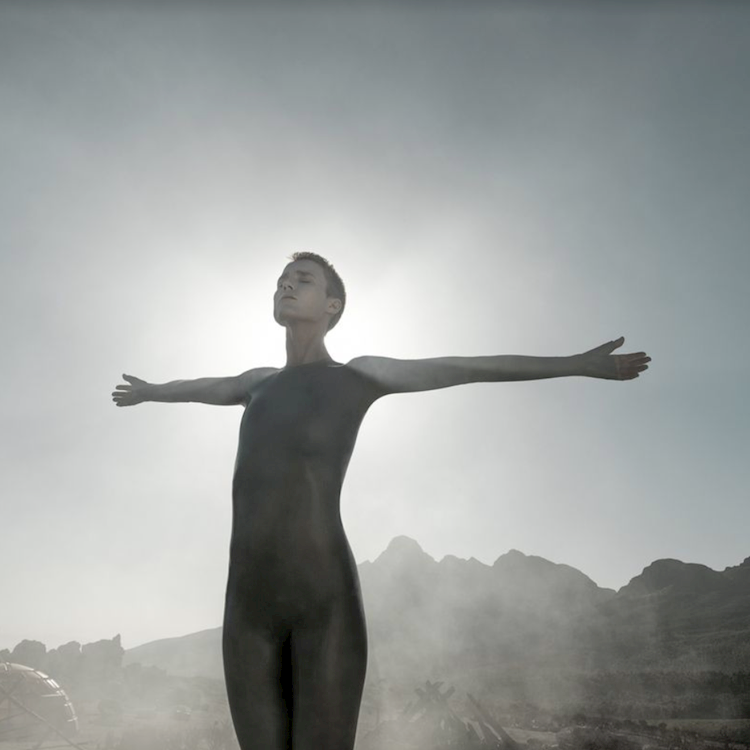