Recently, I had the opportunity to sit down and talk with two of the driving forces in the drone segment: Drone Coalition co-founders Scott Gentry and Jeff Foster. On this sweeping interview they provide some key insights and a few surprises in what they think is going on in the drone world right now and what the future holds. 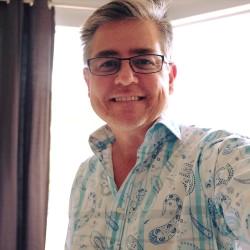 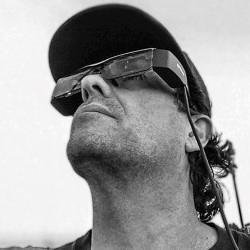 ProductionHUB: Tell me a little bit about the drone coalition and how it got started.

Scott Gentry: After successfully launching and ultimately selling ProVideo Coalition, we felt the business model we had was very successful and ripe for other markets. We were waiting to find a market wanted to jump into. At NAB 2015 I couldn't believe the focus on drones. I reached out Jeff Foster via email stating if I could start PVC all over again, I would create a site just for drones. The second I hit send on the email Jeff replied  you need to call me right away! He was literally in the process of sending me the same email. A week later we launched version one of dronecoalition.net.

PH: Who are the members? Is it just drone owners?

Scott Gentry: Members are currently the expert writers from every area of the drone market. From Legal, to photography, commercial, Hollywood, agriculture and more. We are constantly on the lookout for drone experts with expertise in niche areas of the drone market.

PH: What do you make of the recent move by the FAA to codify the rules?

Jeff Foster: As I wrote in my recent article FAA & DOT Part 107 Small UAS Ruling announcement – what does it mean, I feel it's a step in the right direction overall. There is more information coming out almost daily about what the testing procedure is going to be to qualify a potential commercial UAV pilot to fly, but won't have any affect on the hobbyist, which is the greatest source of most of the so-called "close calls" or other potentially dangerous or illegal flights reported to date. As a current FAA Section 333 Exemption holder, I can still fly commercially under my COA until I test out for the new Part 107 after it goes live this Fall.

PH: What are the trends for drones? Bigger/Smaller/Costs?

Jeff Foster: Drones themselves are evolving. Smaller lightweight racing drones are becoming more mainstream for hobbyists and FPV enthusiasts globally. They're getting easier to build/fly and the technology is providing better stability and video signal transmission. Camera drones that are built with the intent of getting aerial photos and videos are becoming more sophisticated as well as affordable - and can even stream live HDMI in HD directly to the Web or through broadcast equipment and satellite trucks to network broadcasts.

Larger film and TV production multirotors are now the norm on larger scale production sets for anything from TV commercials to film production where cranes, jibs and helicopters just won&#39;t do. Then there&#39;s the emerging tech of precision agriculture and industrial surveying/inspection where craft as small as an 8lb quadcopter can cover acres in just a few minutes, while fixed wing drones can cover thousands of acres a day to collect imaging data.

PH: How do you think drones are changing production?

Scott Gentry: Outside of the visual use of drones (photo/video) I believe that the industrial/agricultural industries are really going to be the driving force behind the proliferation of this technology here in the US. It's where the most demand with the most money behind it that will drive the FAA as well. There are a lot of advancements in autonomous controls that will make small UAS safer as well, with obstacle avoidance and redundancy built-in.

PH: What advice would you give to a new drone owner?

Jeff Foster: Start small and practice, practice, practice. Don't rely too much on the gimmicky features of most new drones out there to do all the flying for you. You must learn to fly in complete control and then he features will only be there to assist you when visibility might get strained - once you've become a proficient pilot. I typically tell people to start with a small Blade Nano or Hubsan quadcopter and practice in your living room or garage. These will help you with orientation and stick control before you start flying the larger class quads and multirotors.

PH: Besides DJi who are the other players? Somebody on the rise?

Scott Gentry: DJI is still the top player in consumer/prosumer drone manufacturing at the moment. The closest second at the moment would be Yuneec with some interesting options available since announced at the NAB Show this year, and 3DR is going to be focusing less on consumer-based drones and get into enterprise more in the future. I really feel that is their strong point and they have actually led the market with their open-sourced Pixhawk flight controller over the past several years. Others such as Parrot and multiple Chinese manufacturers that I don't think will rise above the &quot;toy class&quot; any time soon. On the industrial side, senseFly (also a Parrot company) seem to be one of the most accessible fixed-wings on the market.

PH: Are drones going to get their own Oscar category some day?

Scott Gentry: I would bet in the technical category we should see awards recognizing the technological advances, as well as the cinematography and flight skills. Very much looking forward to that day!

PH: Anything else I forget to ask?

Scott Gentry: Drone Coalition is already launching a partner site: The fastest growing and perhaps most exciting area is Racing Drone Coalition. If you haven't yet seen Drone Racing, it's something to behold. This segment is going to be big. Really Big, and ESPN has thrown a lot of money behind Drone Racing already! 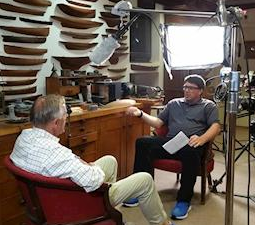 Mark J. Foley is the Technology Editor for ProductionHUB. Mark has an extensive production background having produced and directed award winning live college and professional sports, broadcast, and documentaries.
ProductionHUB