Final Cut Pro X has come a long way since its controversial launch in 2011, but many in the filmmaking industry don't know that. Future Media Concepts (FMC) had the pleasure of speaking with Brad Olsen, the Producer of Off the Tracks—a new documentary about how Final Cut Pro X shook up the post-production industry. Today there is a growing community of Final Cut Pro X editors, trainers, and plugin developers who share a common passion for making a difference in the world. 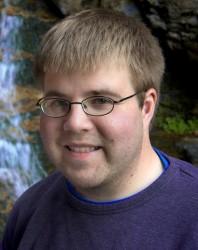 Brad Olsen, Producer, Off the Tracks

Sam Mestman, a Workflow Architect for FCPWORKS, is a prominent member of the FCP X community and he joined our discussion and talked about his involvement in the Off the Tracks documentary. Sam has done numerous FCP X integrations around the world, most notably for places like Ted Talks, Direct TV, and the first studio feature to be edited with FCPX, Focus. Both, Sam and Brad, will also be present at the FCPX Creative Summit taking place next week in Cupertino. 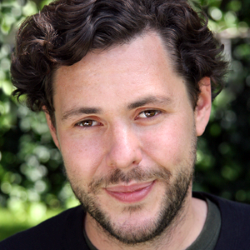 Q: What prompted this project and how did you get involved?

Brad Olsen: I've been a huge advocate of Final Cut Pro X for about five years now, essentially since it was released. It is no secret that there's been pushback against FCP X from many post-production industry professionals. I've personally had to prove over and over to clients, producers, and directors alike that it is indeed a professional tool. Not only that, but I firmly believe that FCP X represents a broader change in the filmmaking industry. It is a significant part of what's happening with video literacy.

Over the years I've followed people online like Sam Mestman, Philip Hodgetts, Mark Spencer, Steve Martin, and other prominent members of the FCP X community who have similar thoughts about this topic. Sam, along with the FCPWORKS, set up these awesome events during the NAB Show over the past couple years. That is where I first met him. When I saw the dedication of this community in action I really began to feel that there was something special happening.

Q: How did you get involved with helping in this project?

Sam Mestman: At the FCPWORKS suite at NAB Show this year, Brad happened to introduce himself to me and we started talking workflow and about what he was up to. He mentioned that he was interested in putting together a documentary around the origins and community of FCPX. I thought it was a great idea, promised to connect him to as many of the people in the community as I could, and it’s taken on a life of its own from there.

Q: What is your desired outcome? What should people take away from this documentary?

Brad Olsen: I started this documentary because I wanted to clear up some misconceptions about FCP X. But more than that, I hope this documentary excites people and makes them more aware of the possibilities, not just for FCP X, but with the whole concept of video literacy.

Today, anybody with enough passion can make their movie and get it seen! Movie making is not just for big budget Hollywood anymore. It's an exciting time to be a filmmaker and tools like FCP X make it easier than ever before to do this. If I'm able to convey this message to a larger audience I believe it will open doors for myself and others to fulfill our dreams.

Sam Mestman: I think people are going to realize for the first time just how much FCP X actually is changing the way people make movies and tell stories, and how strong and embedded this community really is around this product. I think they’re going to do what the existing community already knows, which is that there is a better and easier way to tell their story, and it has been under their nose the whole time. 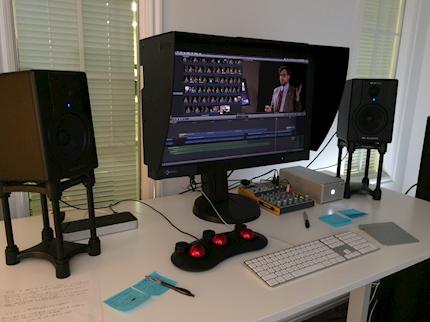 Q: Is Final Cut Pro X the sole editing platform you use for your work? What is it about FCP X that makes it the top choice for you?

Brad Olsen: I've had experience with other major NLEs over the past 15 or so years I've been editing, but these days I use FCP X almost exclusively. FCP X has many advantages over other NLEs. I've seen a few of its innovative features copied by Premiere, Avid, and Resolve in the past couple years, but there are two things that are still unique to FCP X and I'd have a hard time leaving them behind.

The first is the way FCP X organizes media within the application. The Event Browser in FCP X is revolutionary. Specifically the way that you use Rating and Keyword Ranges combined with Smart Collections makes sorting through footage a breeze. In a digital world with ever-growing and insane shooting ratios, the significance of this cannot be understated.

Secondly, I love the Magnetic Timeline. Experienced editors who haven't used FCP X are initially turned off by this feature. They wrestle with it, trying to force it to work the way they think a timeline should work. When anybody tells you about the moment they finally got FCP X, understanding the Magnetic Timeline is what they are talking about. I'd tell anyone coming from another NLE to take Yoda's advice and "...unlearn what you have learned." It may take a few days or even a couple weeks, but when you get how it works and why it works the way it does that experience is truly a revelation. That moment when it just clicks is the moment you don't want to ever go back to a track-based timeline.

Q: Over the past year FCPX has been gaining ground with the film industry, what do you think caused this shift towards the platform again?

Sam Mestman: I think the main reason this happened is that the application has matured to the point where there is really no excuse anymore to not use it… and then once people start using it, they get hooked, and they don’t go back, and they start telling other people. There are more people using FCPX than any other NLE. The main issue is that you’re just not hearing from them in the typical places… but if you look at how popular FCPX tutorials are on youtube and other places, there’s simply no question that there are an enormous amount of people using this platform. The main reason, I think, that it has taken so long for FCPX to catch on is simply that it is so different, and it requires a different way of looking at editing in order to take advantage of it properly. The main problem a lot of pro editors have with it is simply just a lack of education about workflow and how to take all of the things they’ve been doing to the next level with this application.

Q: You will be at the FCPX Creative Summit conference in Cupertino at the end of this month—how does this event tie into your documentary?

Brad Olsen: The Creative Summit is going to be a big deal this year. I anticipate Apple is going to have some significant announcements in store for us. And as I mentioned before, just about everybody who I need to interview for my documentary is going to be in attendance. It really is a who's who event for FCP X. I imagine there will be a lot of buzz in the coming months about FCP X and it will all start with this event.

Sam Mestman: Just about everyone who has helped build this community into what it is is going to be there. It’s going to be a who’s who of the FCPX editing world. The goal is to have the people there share their stories and have that shape the documentary.

Q: Why “Off the Tracks?” How did the name come about?

Brad Olsen: That's a title I've been kicking around because I think it's clever. Final Cut Pro X abandons a track-based timeline for a trackless timeline. But not only that, I see FCP X as blazing it's own trail and it's a little crazy for doing that and so are the people who use it, in a good way. So far everybody I've talked to likes that title too, so I'm sticking with it.

Q: When does the documentary become available and where can we find it?

Brad Olsen: I'm aiming to have this documentary completed in early 2017, hopefully January. I imagine we'd make it available on iTunes first, then probably later on Netflix, which is a great outlet for documentaries.

I'll have better information on where to see the documentary once it's closer to being completed. At that point I plan to be on Richard Taylor's podcast, Final Cut Pro Radio, to talk about it. I'll also have to talk to Peter Wiggins about spreading the word on http://fcp.co.

FCPX Creative Summit is organized by FMC in collaboration with Apple. This year’s event offers attendees the rare opportunity to visit Apple Campus & hear from Apple product managers on Apple Day, an entire day dedicated to Apple. Some of the biggest names in the FCP X community have just been announced for the Keynote Discussion Panels, including: Glenn Ficarra, John Requa, Jan Kovac, Chuck Braverman, Lucas Wilson and Duncan Shepherd.

If you are interested to attend, we would like to extend you and your community a $125 discount—just use code: HUB16 at registration. 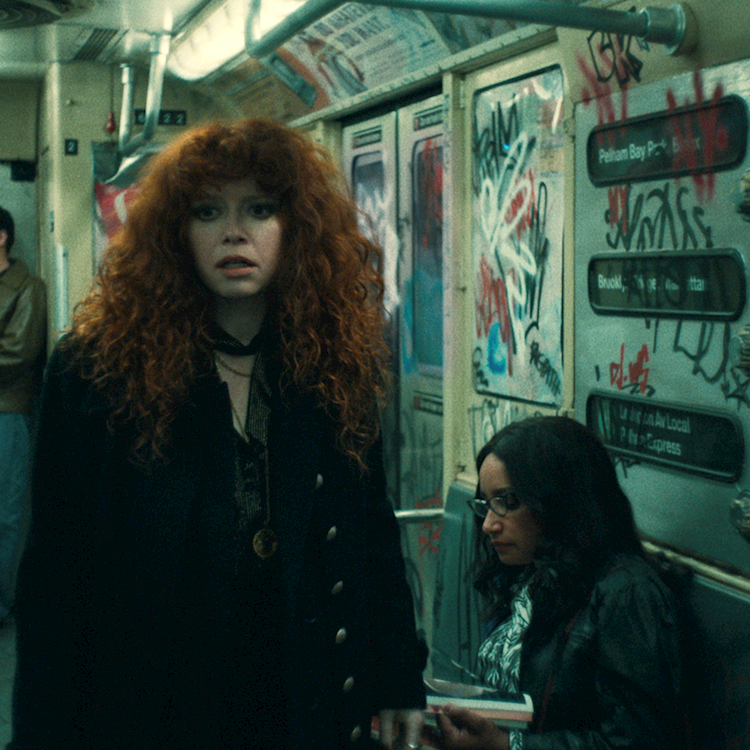 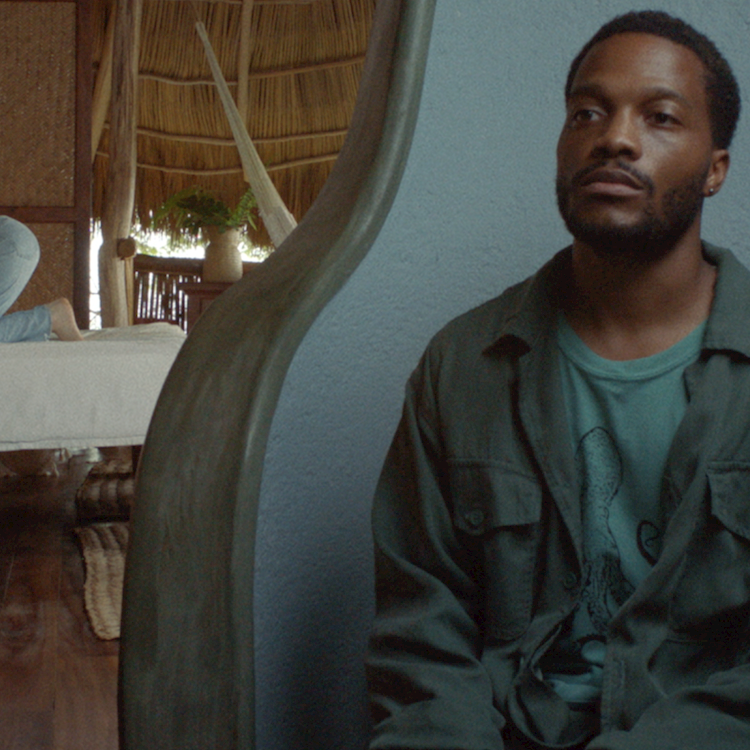 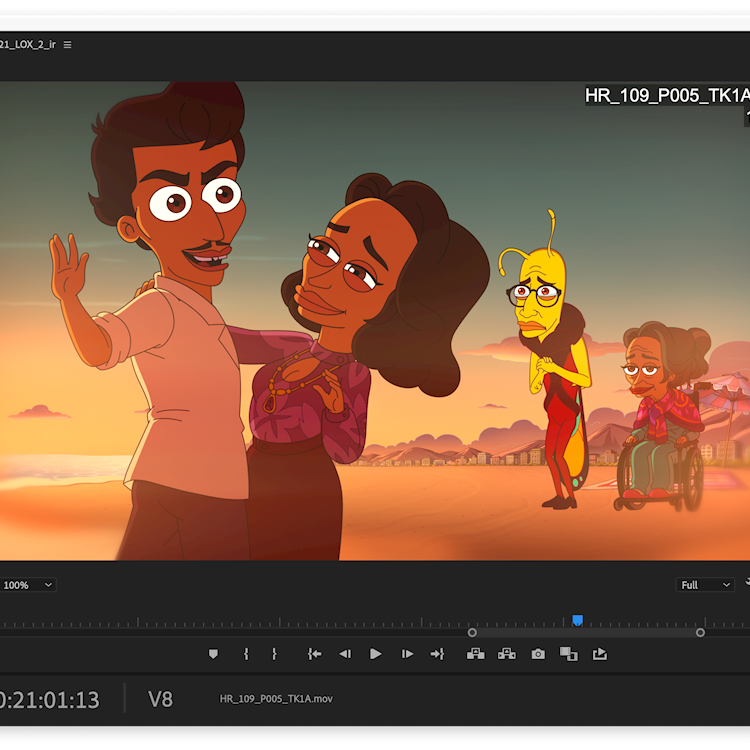