Jumbo follows Jeanne, a shy young woman, works in an amusement park. Fascinated with carousels, she still lives at home with her mother. That's when Jeanne meets Jumbo, the park's new flagship attraction. Cinematographer Thomas Buelens discusses how the film was a fun visual playground for a DP like him, the dynamic lighting (over 160 lights) on the amusement ride, Jumbo, that brought it to life as a character. In an exclusive interview, he gives insight into his creative process, his unique behind-the-camera perspective, and more.

PH: Can you talk a bit about how you got involved with Jumbo?

Thomas Buelens: My wonderful theatrical agent, Vanessa Guissin at Melting Pot Agency, approached me with the script. I was immediately struck by the atypical subject and saw huge photographic potential. I then met with the director, Zoé Wittock, and we had a great chat. I had prepared a mood board with references to how I saw the film, but I first wanted to listen to her vision as to not steer her in a certain way. Funnily enough, she mentioned exactly the same styles and references that I had prepared, so I went ahead and showed it to her. After the meeting, she also interviewed several other D.P.’s but luckily she picked me. During pre-production, I actually asked her why she chose me out of all the talented D.P.’s she had interviewed. She said it was my capability to give the image a mix of naturalistic feel, but still have a cinematographic punch to it. A mix of European and American style of cinematography. That being said, I don’t see myself as having a certain visual style as I think every project requires a unique palette.

Thomas Buelens: As one of the characters named “Jumbo” is an amusement park ride that comes to life, we agreed early on that we didn’t want the film to be too magical as that would be the easy way to film the script. It would distract the viewer from the story and feeling a sense of reality. But we also didn’t want to make it feel like a documentary. So, on the one hand, we went with a naturalistic way of lighting and movement of the camera but on the other hand, we chose anamorphic lenses to give the image more scope. I like to call it “enhanced realism."

The more the story progresses and deeper Jeanne’s character, skilfully portrayed by Noémie Merlant, falls in love with Jumbo the closer I stay on her with the camera. This way we immerse the viewer into Jeanne’s world and hopefully share her feelings for Jumbo. 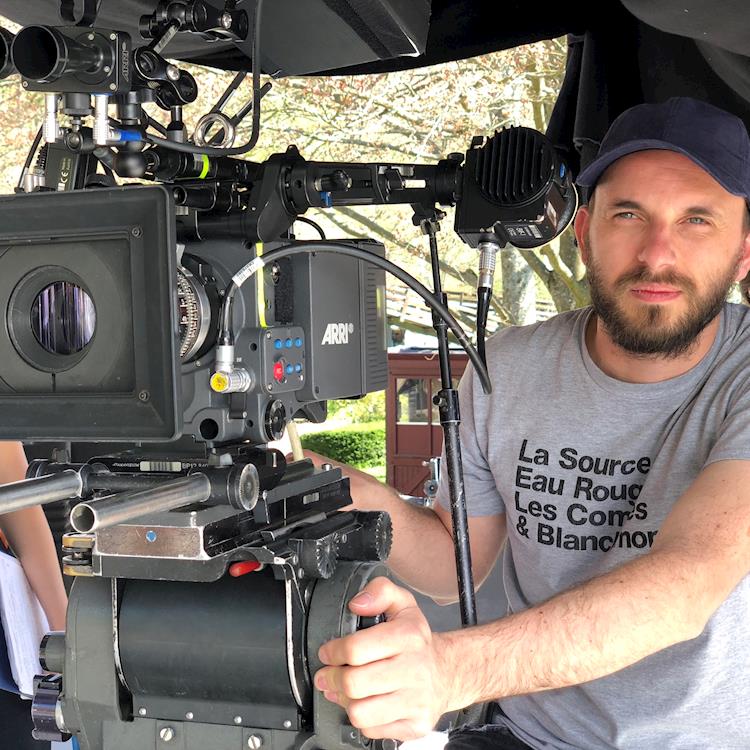 PH: How was it working with the crew? How did you work with them to make shot decisions?

Thomas Buelens: Almost all of the crew had to come from Luxembourg, and I didn’t know any of them. But my gaffer Vitalijus Kiselius and his light crew did an amazing job! We didn’t have any pre-light days and yet they managed to get everything set up in time and with the look, I had in mind.

PH: What's one of your favorite shots from the film and why?

Thomas Buelens: I must say the opening shot of the film. Because at first the director and I had a very complicated setup where we discover Jeanne sitting on top of Jumbo. In the end, because of schedule concerns, this didn’t seem doable. So I proposed an alternative to the director and she loved it. The result is that we open the film with a close-up on the back of Jeanne who has her hands over her eyes. As we pull back with the camera we see Jumbo appearing behind her, spinning faster and faster until all the lights become a bokeh feast for the eyes. During the shot, Jeanne opens up her arms while she is being consumed by Jumbo’s lights. To me, this one-shot says everything about the film.

PH: What equipment did you rely on? Why?

Thomas Buelens: Going with scope was not a straightforward choice as we felt it could get us into trouble seeing that the amusement park ride Jumbo was 9 meters high. We doubted whether or not we needed more vertical space in the framing.

The first choice was, therefore, to film on Alexa 65 with Open-Gate, which would give a 2,12:1 aspect ratio and therefore in the middle of classical 1,85:1 and 2.39:1. Because of budget reasons, this option deemed not viable, so we were luckily steered back in the direction of anamorphic. In hindsight, this was the right choice. I then decided to use the Alexa SXT as it gave the maximum flexibility in frame-rates and upheld the highest resolution possible in the Alexa range when filming with anamorphic. The Alexa LF was not released yet.

I also love to work with its FSND filters that go in front of the sensor. They are a bit of a hassle for the AC’s as the lens needs to come off to be able to change them. I would rather have them than to put a “lower quality” glass in front of the lens, not to mention the unwanted double reflections we would get with all those practical lights of Jumbo.

I first decided to use Panavision G-series lenses as I had shot with them before and knew they would be safe for the CGI scenes. They give less flare and aberration. Luckily, they were not available. I was able to get the legendary C-series with which I had been trying to film for a decade but never had the chance to! They give the original scope look with lush flares and aberrations that give the image texture. In the end, this proved the perfect combo for the look we were after and post-prod. did not have any problems with integrating the CGI elements. 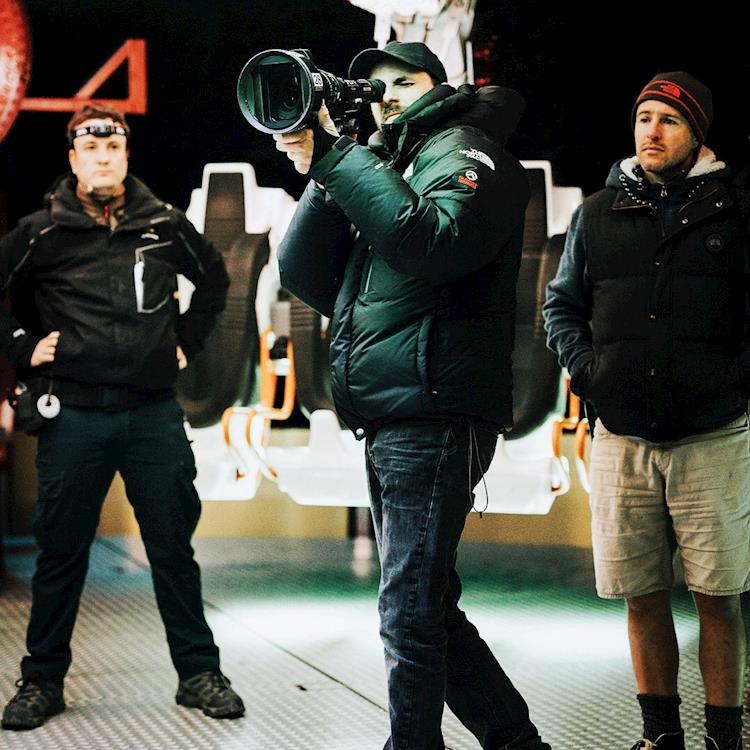 PH: What is like being a part of Sundance?

Thomas Buelens: It’s so amazing for a small budget film from such a small country as Belgium to get that amount of exposure! Even more exciting is that we are not alone as “Binti” from Belgian director Frederike Migom was also selected.

PH: How are you constantly evolving as a cinematographer?

Thomas Buelens: Through the years I have really learned to compare myself less and less to my peers. I understood that the way each cinematographer works has a lot to do with how that person views the world. As each person is shaped because of his/her life experiences and tastes. This reflects automatically in the cinematography.

So it’s not about producing work that looks like someone else’s but staying true to your own personality. That’s why it’s very important to have a good match with the director so you can deliver what the director is after but also are given the freedom to express your own vision. 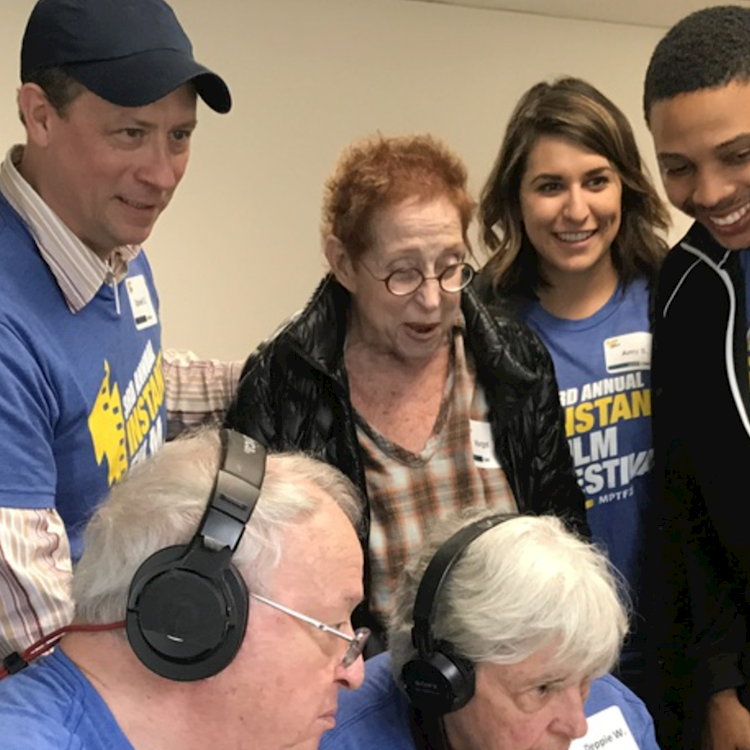 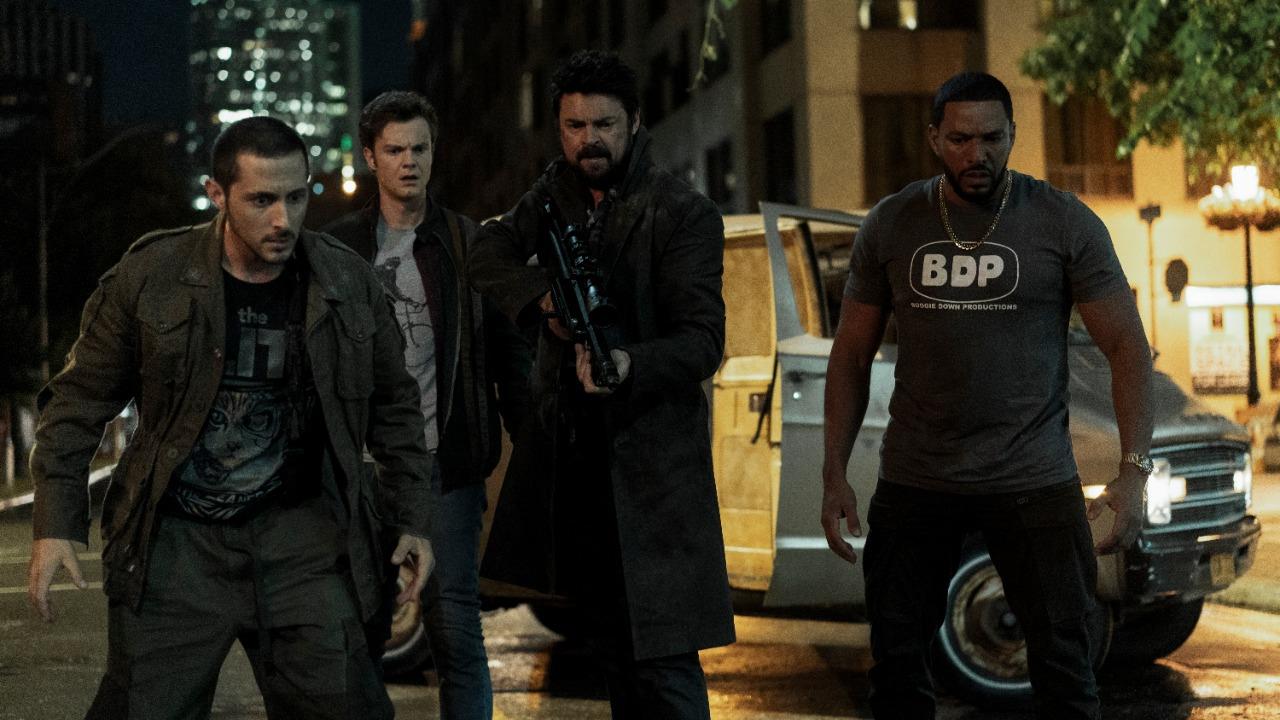 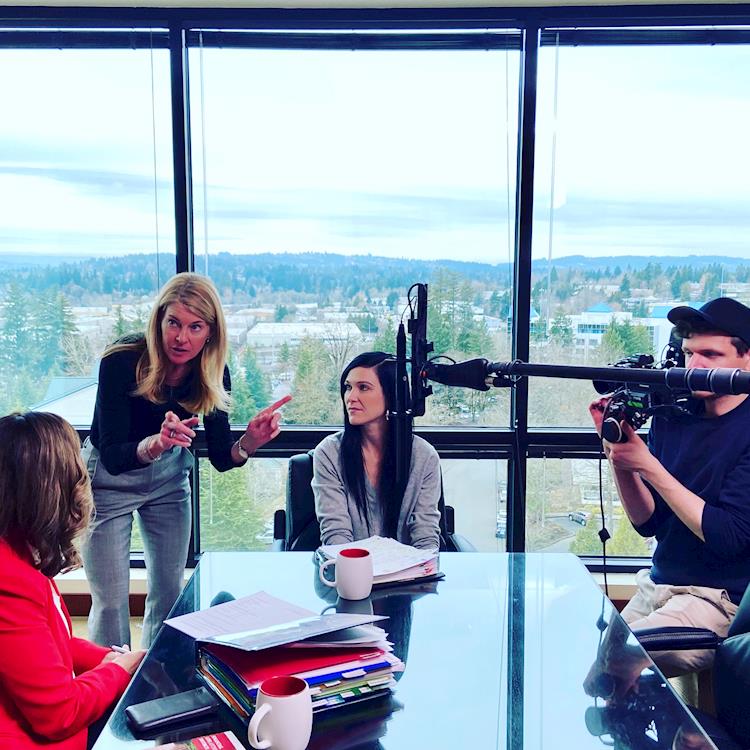 $avvy, Robin Hauser’s newest award-winning documentary, investigates the gender dynamics behind money and the cultural and societal norms that have led women to take a backseat to their own finances. In making the film, Hauser was forced to use her own savvy when COVID 19 shut down filming and they had no way to gather the remaining content that they needed to finish the project. The team turned to Adobe Stock to solve the issue, digging through hours of footage to find content that looked authentic and could seamlessly fit into the film.