When experienced Producer/Director Skye Fitzgerald landed in the hospital after suffering a broken hand from a bicycle race outside of Portland, Oregon, his visit ended with much more than just a recovery…

What was first a consultation with orthopedic surgeon, Dr. Hisham Bismar, also a highly sought-after hand specialist, soon became a 45-minute conversation, exchange of ideas and opinions about the horrific realities of the Syrian Civil War.

This exchange would lead to an inspirational, eye-opening documentary, 50 Feet from Syria, which premiered in Toronto the day after the terrible acts of terrorism in Paris, and is now shortlisted for an Oscar.

The film follows Syrian-American surgeon, Bismar who returns to Syria for the first time in nearly 30 years to treat refugees who have been brutally affected by Syrian President Bashar al-Assad's military attacks.

Pre-production: Working on a time crunch

Traditionally, a lot of time can be put into the planning process before filming actually begins, but the filmmaking team for 50 Feet from Syria had to quickly develop a production plan that would enable them to film an upcoming trip to the Syrian border.  Anticipating that Dr. Bismar would serve as the principal subject of the film, Fitzgerald had only a matter of weeks to put into place the logistics necessary to get crew to the Turkish/Syrian border where the surgeon would lend his surgical skill to Syrian refugees at the border hospital El Amal.

For this project, Fitzgerald and his DP, Kenny Allen, used two cameras – a Canon C100 and a Sony FS700. Working with two different sized cameras proved critical. They were able to rely upon the smaller C100 with a wide angle lens to cover scenes in tight spaces such as cars full of refugees while the Sony FS700 provided the ability to film high frame rate scenes. The duo also leveraged the dual camera approach during surgeries to allow for greater coverage and during interviews to allow for seamless cuts and to provide two frames for each interview. 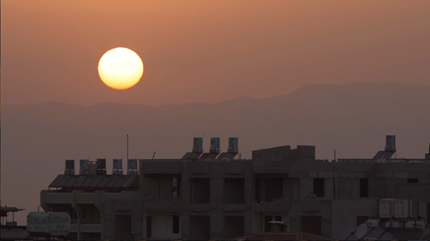 View of the Syrian-Turkish border

The film contains several graphic scenes displaying injuries sustained by refugees.  ProductionHUB asked Fitzgerald about the use of graphic content in the film:

“The fact is, the injuries we reveal in the film are the real injuries that physicians in the area are treating. I didn’t want to sanitize the nature and seriousness of these, especially when the people we were interviewing were doing it at great personal risk with the knowledge that if their identity became known to the Syrian government they and their family could be detained, tortured and killed.

It’s well documented by several, independent, well-respected organizations such as Human Rights Watch and the United Nations that the Syrian government not only has used chemical warfare agents on civilians in Syria, but daily drops barrel bombs indiscriminately on civilians with no military target. They are war crimes resulting in horrific injuries – mostly to civilians. I felt a deep responsibility to accurately portray that in the film and not skirt the scale of the suffering nor the seriousness of the injuries involved. It’s far too easy to either sanitize content or include something that is graphic simply for gratuitous effect. I tried to manage a tension between accuracy and truthfulness and not being so graphic as to make the film unwatchable.”

The film ends with an extremely beautiful scene of Hisham tending to his greenhouse with his children at his side. ProductionHUB asked about how the scene came to be included in the film.

“I love metaphor. I felt the greenhouse scene was an opportunity to illustrate who he is not only in the operating room, but in life. Hisham is a reflective, thoughtful man. He thinks deeply about his life, his role as a father, physician and global citizen. He also, is a surgeon. And a surgeon cuts in order to heal.

When I learned that he had a greenhouse, and was an active gardener I felt the parallels between caring for and actively pruning plants in order for them to grow was an interesting parallel to his work as a surgeon. It was as if the active, proactive role of a surgeon was simply a career outgrowth for who he was as a human being. He’s not a passive citizen of the world. He actively sees the need to engage in order to solve the world’s problems, whether that’s through helping a patient in the US or a refugee on the Syrian border.”

Being voted to the Academy of Motion Picture Arts and Sciences shortlist for an Oscar is a testament to the film’s visual and narrative power. The filmmaking team is incredibly honored to be recognized by the Academy at this stage of the Oscar voting. They also hope that the increased visibility provided by the honor will allow the film to be seen by a much larger audience, and ultimately allow the topic of the Syrian conflict to continue to generate vibrant and meaningful dialogue in the US.

Looking ahead  - Film as a Moment in History

“50 years from now, I don’t think history is going to treat Assad kindly nor the global community for our continuing lack of action in stopping the war crimes taking place in Syria on a daily basis. Dropping a 55 gallon oil drum filled with TNT and shrapnel on a civilian neighborhood devoid of military targets is the deliberate and indiscriminate killing of civilians in a desperate attempt to retain control of the country through fear. Marry that with the reality that the Assad regime has, from the outset of the conflict, targeted physicians from the outset of the conflict and I think it’s clear that Assad will one day be seen for what he is – a meglomaniac intent on retaining power at any cost – including the daily murder of his own citizens – children included. I believe that 50 Feet from Syria serves as evidence of our capacity for cruelty but also provides a hopeful narrative that each of us, with enough grit and determination, can affect positive change, even against great odds. 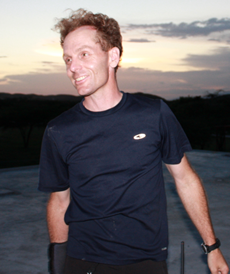 Skye Fitzgerald has produced projects focused on human rights and social justice issues since 1998. Along the way he has collaborated or received support from the Sundance Institute, the U.S. Institute of Peace, the State Department and the Paul Robeson Fund, including being named a Fulbright Research Scholar to produce the film Bombhunters. Reviewers have characterized Fitzgerald’s work as “emotional and artful…deserves considerable exposure” (Variety), as “an infuriating study in the ways that power greases the wheels of justice” (LA Weekly) and noted that it “confronts us with injustice” (Voice of America). As a Director of Photography Fitzgerald has lensed work for Dateline NBC, CNN, Discovery Channel, Mercy Corps, VICE NEWS, Travel Channel, History Channel, Weinstein Company, ABC, MSNBC, NHK, Kaiser Permanente and the Portland Trailblazers. Fitzgerald is presently producing 101 Seconds, a film focused on the gun debate as well as 50 feet from Syria, a film about doctors working on the Syrian border. More info at: www.SpinFilm.org.

Leveraging a social business model focused on issue impact over commercial visibility, Spin Film serves as the catalyst and production platform for films that address burgeoning social issues in the US and abroad. We specialize in shooting long-form broadcast work for national clients as well as securing hard-to-access footage in remote areas. 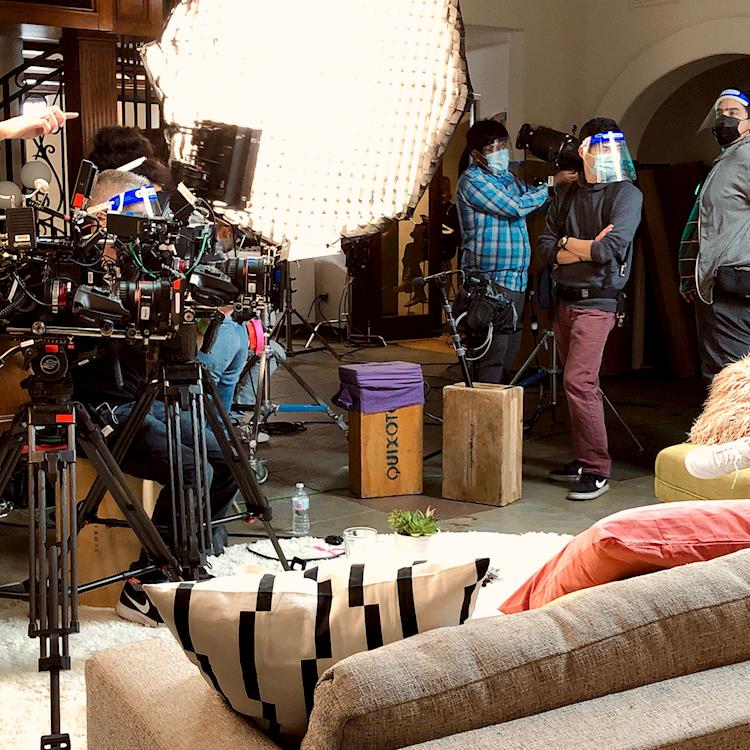 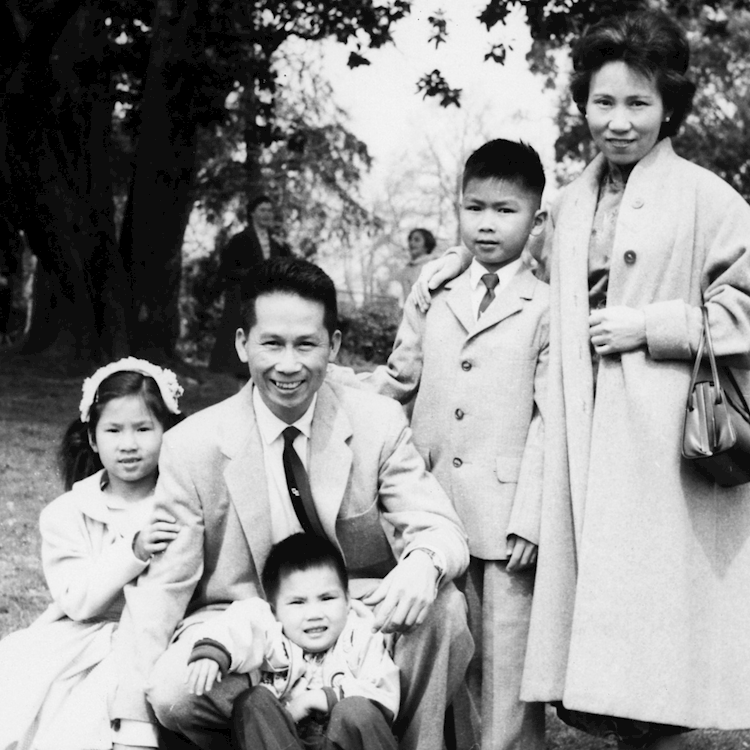