Get insight from our exclusive interview with sound designer, Ed Kaufman on life as a post production pro, tips on how to best make dialogue, music, and audio pieces all fit together and more!


Q: What is it you do and how did you get your start in the industry?
A: My roles include sound designer, dialogue editor, music editor/mixer and rerecording mixer. I've produced sound for film and television soundtracks, radio and television commercials, industrial films and podcasts. I've also done many music projects—recording, mixing and mastering for artists and commercial clients.

As a young musician, I took an interest in recording and album production. After playing professionally with rock bands and burning out on life on the road, I worked in music stores learning about the gear behind the industry. In the mid 80’s, I sold a piece of recording gear to my future partner—Scott Roche of Coupe Studios. He asked me to work with him at his fledgling 16 track studio. We’re still working together!

Q: What are the most fun/challenging projects you've worked on?
A: I've had many memorable sessions with many talented people, all with different challenges. One fun, but nerve-wracking session started at 5 AM. It was for a nationally syndicated radio show. In studio I had the host and multiple guests all connected to multiple recording machines and a digital audio network to Mission Control at NASA in Houston.

We were then connected to the International Space Station (which was orbiting the earth) to interview the astronauts from both the U.S. and Russia. It was a complex setup and the signal had a huge delay to and from the spacecraft because of the all technology required in between. We were literally calling outer space.

Our control room was full of staff from the show and local TV and newspaper media covering the event—a chaotic environment for a recording studio. After a very busy couple of hours get-ting everything in place (with no chance to check the feed from the space station), the host quieted the crowd and said hello to the astronauts. After what seemed like eternity with the built-in delay, the astronauts replied. My heart came down from my throat and the show went on without a hitch.

Our main control room looks kinda like a spacecraft cockpit, and here we were talking to an actual one. Truly a unique session and day at work.

Q: What do you enjoy most about what you do?
A: The variety. I do something different every project.

Q: What are some favorite examples of well-done sound design and why do you like them?
A: I enjoy big budget science fiction movies such as the new Star Trek series for their rapid cutting, in-your-face effects and I've gotten a taste of doing that sort of sound design on a few TV commercials. I also like projects that have effects with spatial image rather than just using lots of boom. It's interesting to create realistic and unusual environments with surround imaging. Gravity is a great example of creative sound design.

Q: What is one piece of advice you were given early on in your career that you still follow to this day?
A: Philosophically, just follow your passion. My dad told me that one. On the practical side, I tell to all young engineers to double check their work before they send it. It saves a lot of grief.

Q: How do the dialogue, music, and audio pieces all fit together?
A: I first learned to mix by doing music projects. I like to approach all mixing from that background. In a rock song, you build the energy first by creating a cohesive and punchy foundation from the rhythm section. The rest of the layers—the melody, both vocal and instrumental—are added to that core.

In commercials, documentaries, and other pieces with visual elements, the dialogue and narration are usually the core of the soundtrack. You build from there. So it works for me to mix from the top down with music, effects and production sound—all used to support and drive the emotion and credibility of the spoken word. When a scene is more visual and less spoken, the music track builds the intensity and the mood, giving opportunity for good sound design. Whatever the audio component available, the goal is to enhance the storytelling and its emotional impact on the audience.

Q: How does sound design contribute to communicating the message/story of the piece?
A: In live action, literal (real) sound effects bring viewers into the scene while non-literal (cartoon, for example) sound effects create the feeling of viewing from a distance. In animated pieces, the literal sounds versus non-literal effects greatly change the mood and message. In addition, adding reverb or delay can put words or sounds into thoughts or a dream.

Q: What makes a well-designed finished product?
A: A good audio mix becomes one with the visual, revealing the story. For my part, that often starts with lots of dialogue smoothing and noise reduction. After that, I choose production sounds that work and replace what doesn't, and then I add sound effects that make the soundtrack bigger. Finally, I finish with the music bed, which brings the emotional effect. If I have enough time to fully develop the project, the director is usually surprised at the final movie be-cause of the transformation through the sound mixing process. It’s a whole new experience—even for those most intimate with the project.

Q: What do you do when the sound quality is bad?
A: Sometimes, potential clients make poor decisions on set or just have bad luck with location sound. Although there's always something that can be done, big improvements can be very labor intensive and costly. I do my best with all the technology available, but there’s no substitute for good decisions. I sometimes spend a lot of time polishing the proverbial turd.

Q: Why is sound design worth investing in?
A: For the audience, the soundtrack is half of the experience of any animated or live action video piece. Some clients tend to worry only about the visuals and ignore the audio. I strongly believe that if the audio isn't enhanced, it will detract from the visuals. On the other hand, good sound design will intensify the visual experience. If you are an audio guy like me, you surely know that most people use their eyes more their ears. I'm always noticing sounds that no one else around me does. But even so, I know that a good soundtrack will add a sense of quality and impact to a video project that everyone will notice.

Q: Do you have any suggestions for studying exceptional sound design?
A: I could talk about favorite movies and such, but I think the best advice, especially for a young sound designer, is just to open their ears up to the everyday world around them. In so many situations, that's what we're all trying to recreate. Take a moment to listen and study everyday environments. Listen for what makes things sound far and close, busy and still, outside and inside. Knowing what goes on in the real world can also help you push the audio boundaries for unreal worlds with more sophistication. Imagination is key. Keeping a childlike wonder about our world is a powerful tool for developing effective sound design. 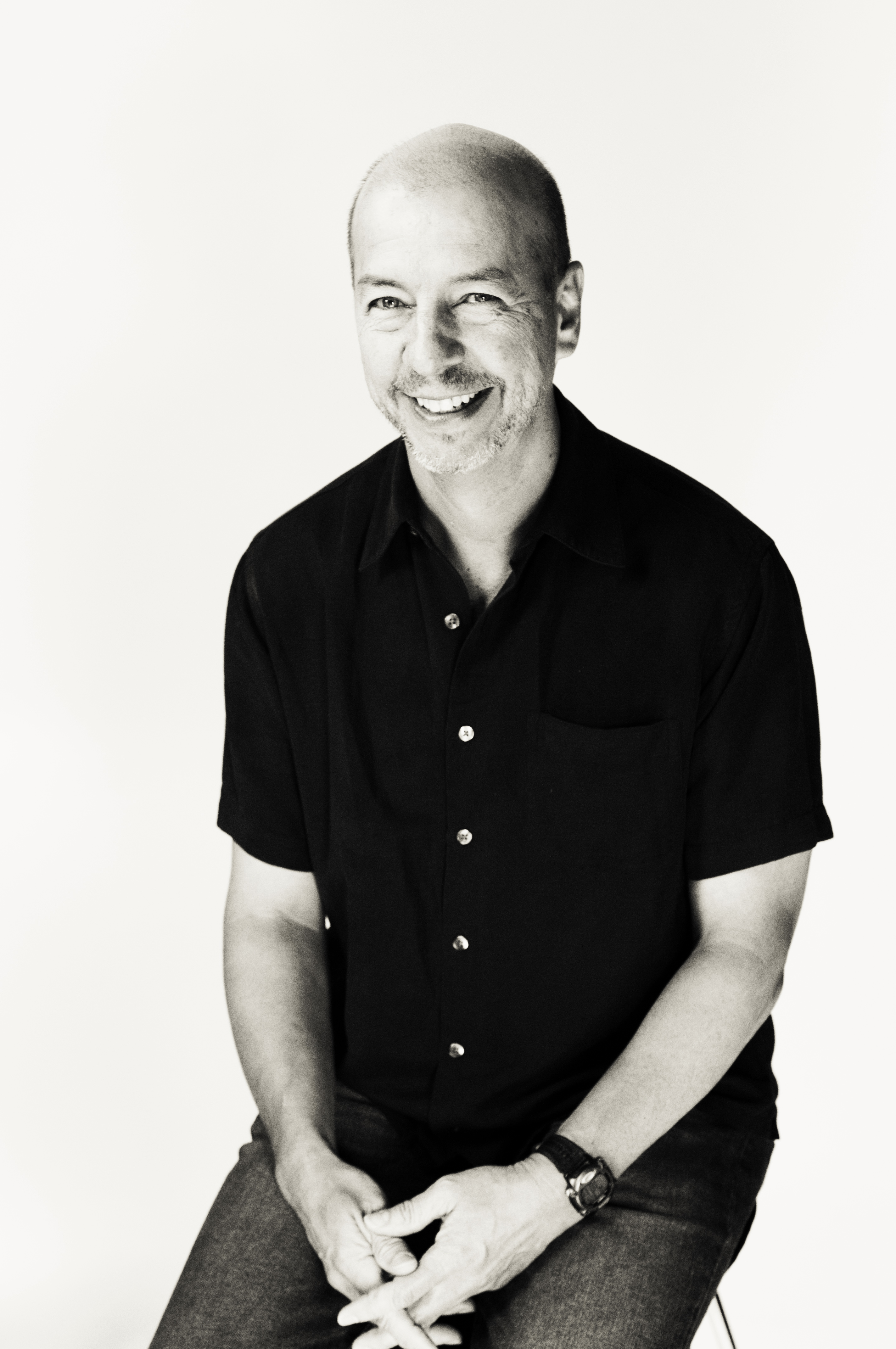 Edward Kaufman is senior engineer and a founding partner at Coupe Studios in Boulder, Colorado. He has been a professional recording engineer for 30 years and spent most of his career with Coupe. He recorded and mixed music projects in his early career and worked with many Colorado artists, including Big Head Todd and the Monsters, Firefall, and the Subdudes. As the clients at Coupe Studios expanded, he began to work in post-production sound for radio and TV. He has produced many national spots for clients such as McDonalds, United Airlines, Coors, DISH and many more. Back in the early 90’s, he also started mixing documentary films and has since mixed, sweetened or designed sound for hundreds of films. In 2012, Saving Face (which he mixed for Denver filmmaker Daniel Junge) won an Academy Award for Best Documentary Short. Edward continues to enjoy working in post-production and also looks forward to getting back into some music making in future years.

Ed Kaufman was interviewed by Alicia East at Crew Connection

About Crew Connection:
Crew Connection connects you with video production crews across the country and around the globe. With more than 25 years of experience and thousands of shoots with film crew pros to our credit, you can trust our expert coordinators to match you with the right freelance video crew and equipment—every time.