The attraction to video production lives in the dreams of many young people looking to get their start in the industry. Over the last 15 plus years, prosumer cameras made the transition a reality for many.

The skill to master a professional camera is impressive, but the technology is progressing fast. A videographer purchases the latest camera and a new one appears. Suddenly, even 4k is insufficient.

The perspective of the consumer, which many times, is the client differs. As a professional, you insist on high quality video, but your client doesn’t understand it. You know it’s not about the camera. You realize, with experience, it’s about your skill telling their stories. 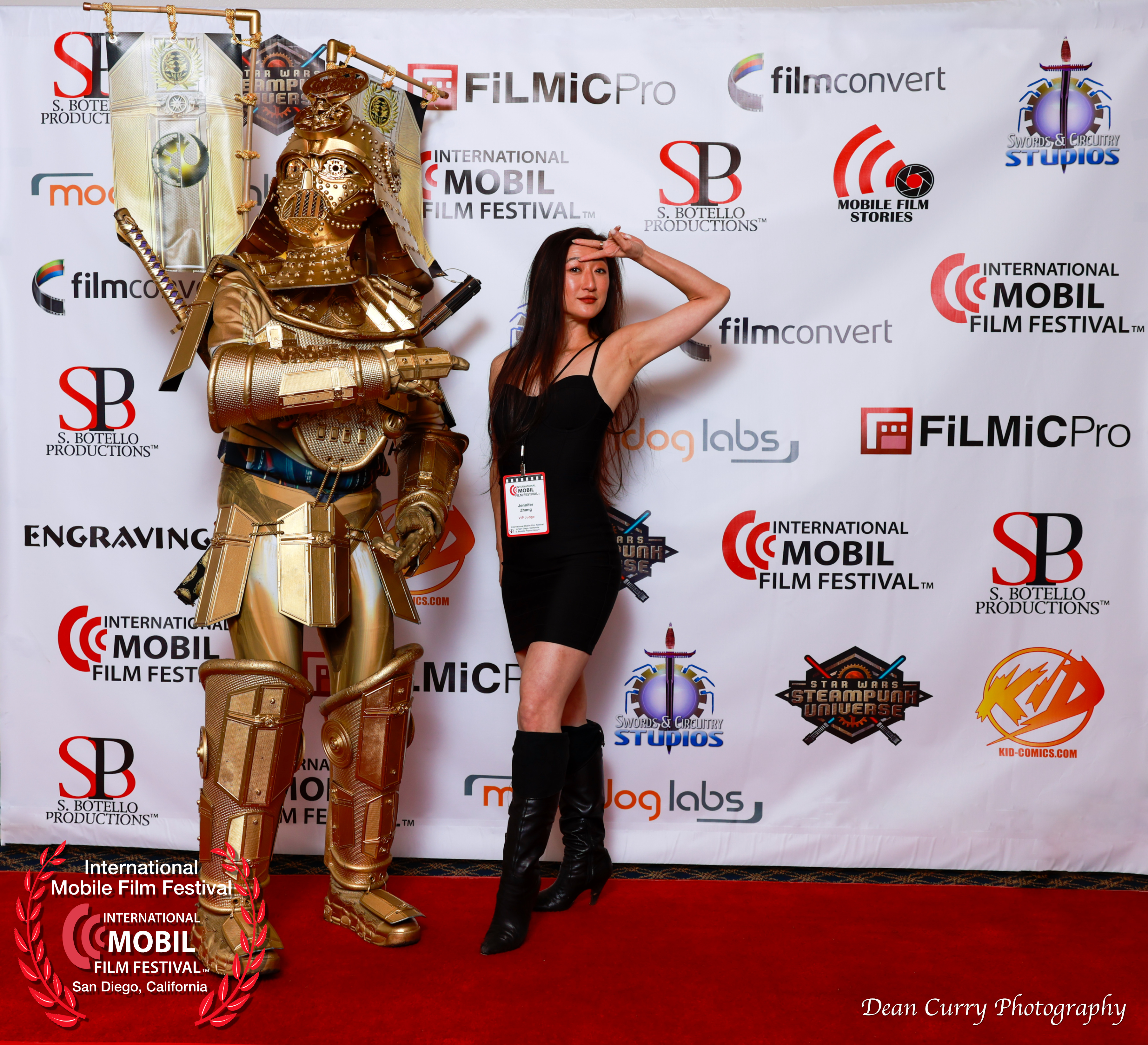 You’ve invested a lot in equipment. You have crates and closets filled with cables, lenses, cameras, tripods, and more. Your client expects their videos to be distributed online in their YouTube channel. And they wanted them yesterday. Streaming has become the norm.

During 9/11 in 2001, I was in college while working in video production. While I was learning broadcasting and video production, the experience I had watching the news that day was exceptional. I connected a few facts: You can broadcast videos shot with camcorders by witnesses; cell phone users reported the events between victims and their families and called radio and news stations live; the internet shared the story around the world, as it was happening.

These connections brought a vision of the future which I believed was taking place in the minds of the cell phone and media industries. In 2004-2005, I wondered why journalists were not using cell phone cameras to report on location. I realized the quality of cell phone video was not good enough. Manufacturers implement features based on demand.

In my vision of the future everyone could make movies with cell phone cameras. How do I challenge journalists and filmmakers? Film festivals are competitions and that would be ideal.

I was already involved with indie filmmaking. I had a network of video and film professionals I respected. Cell phone video was horrible on a large screen. An online film festival was not going to send the right message or provide the incentive to manufacturers.

In the Spring 2009, I launched the International Mobile Film Festival in San Diego under my company, S. Botello Productions™. I announced it on my video production network group on LinkedIn® and the response was not so good. I received messages from video and film producers who were insulted.

In 2010, I realized no one in the industry, that I knew or networked with, was going to make a film with their cell phone camera. News reporters I spoke with were also not enthused. Then the iPhone 4 launched. The first HD camera on a phone. For me, it confirmed I wasn’t alone. I was right in 2001, when I saw companies making cameras better.

While I continued pitching the concept with a website, and soon social media, I received the first narrative film shot with the iPhone 4 by a filmmaker in Spain, The Fixer by Conrad Mess. The film was inspiring, I promoted it to show people ‘you can do this!’

It was hard to find a venue I could afford in San Diego. I had less than ten films from around Spain, Macedonia, France, UK, L.A. and San Diego. I spoke with my college as an alumni, and they agreed to sponsor the festival at the college.

The inaugural International Mobile Film Festival™ took place during the last weekend in April 2012. It was the first in-person film festival dedicated to only films shot with mobile phones. It brought the filmmakers and attendees together under the notion that everyone can turn stories into films using the most accessible mobile device, the mobile phone. A filmmaker from Macedonia came and presented a mobile filmmaking workshop during the festival.

Every year since, we’ve held the festival during the last weekend in April. The IMFF is currently accepting short and narrative feature length films, smartphone photos and short screenplays, along with The Rookie Award for novice smartphone filmmakers. 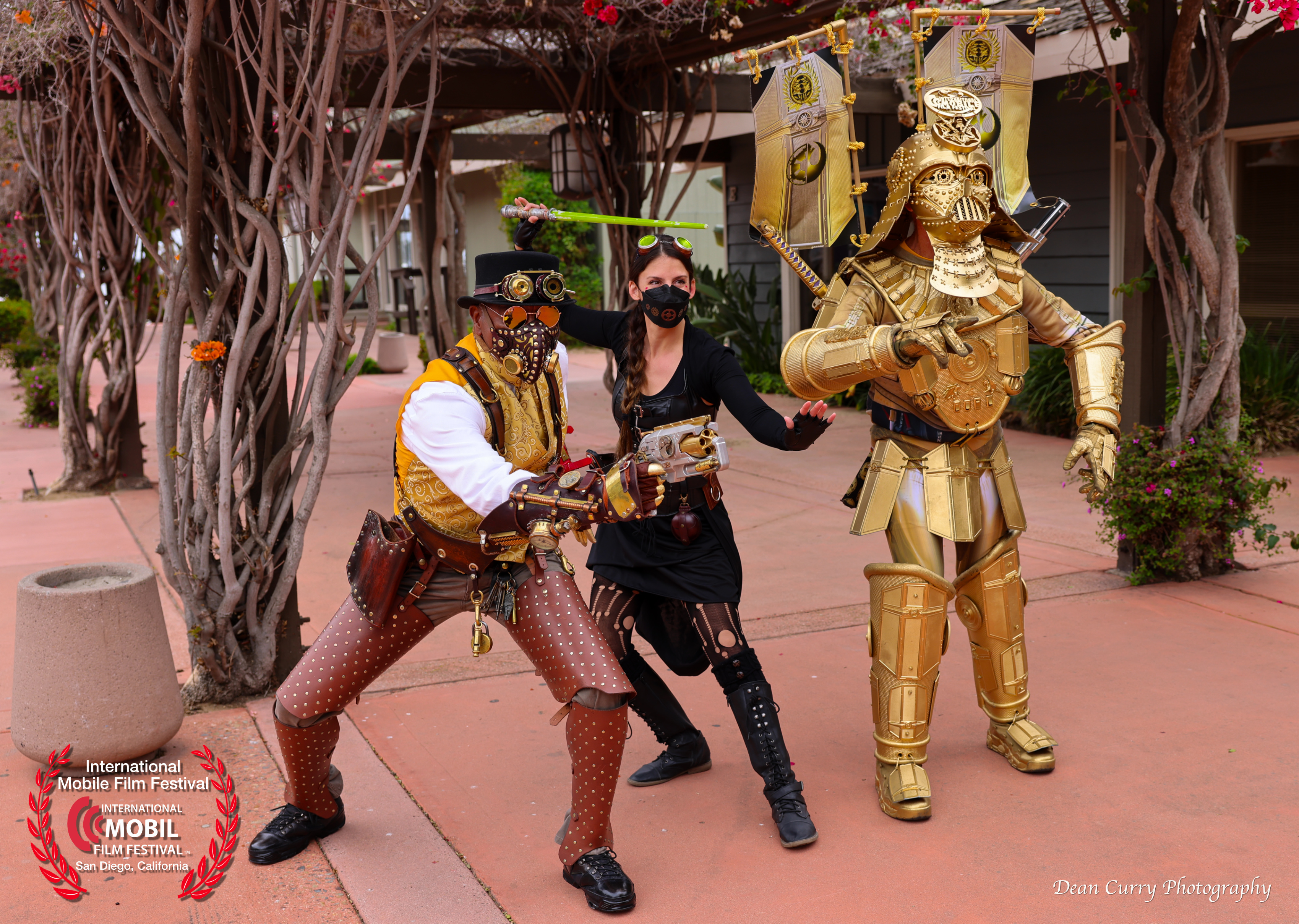 Steven Spielberg recently shot a music video with an iPhone. Steven Soderbergh shot two feature films with an iPhone. But today, a film shot with an Android phone or iPhone has the same potential for distribution.

Last summer, I wrote an article that shares a number of feature length films from our festival which are now streaming on Amazon Prime, Tubi, and other streaming platforms. They’ve also screened in cinema screens.

I have published over 135 episodes in my mobile filmmaking podcast, which I host. They're in-depth conversations with filmmakers who've made short and feature films using smartphone cameras.

Attendees at our film festivals forget the films are shot with smartphone cameras. But we remind them during Q&A sessions, workshops, and other presentations, that they have the same camera in their hands. That’s inspiring! 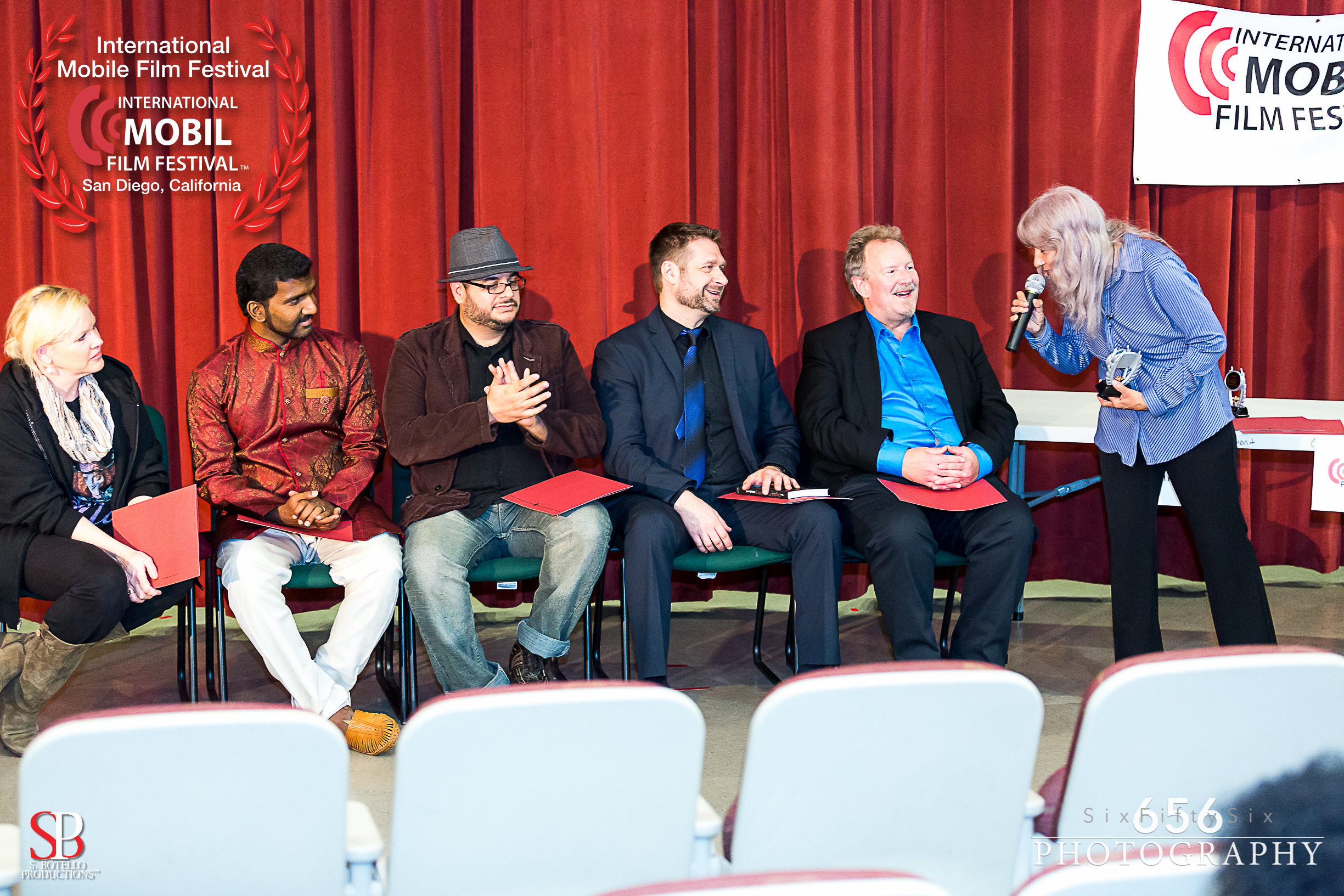 We offer attending filmmakers a very unique red carpet show with a cosplay group. Filmmakers have come to our festival from Australia, Europe, South America, Canada and all over the U.S. You're invited to be a part of it.

The red carpet is in your pocket!™ has been our slogan since we launched. Our theme for #MFF2023SanDiego is REVEL. We’re bringing a global community of indie filmmakers to San Diego each year to celebrate storytelling through film using smartphones.

Find out more, submit your masterpiece, or stay updated to attend in San Diego April 28-30, 2023.

You can also take a listen to the SBP Podcast Mobile Filmmaking. 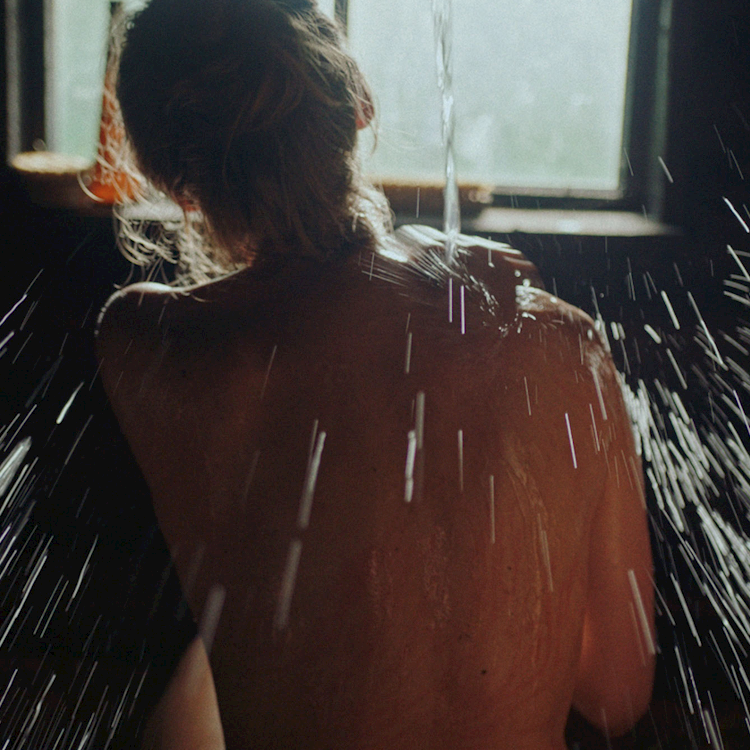 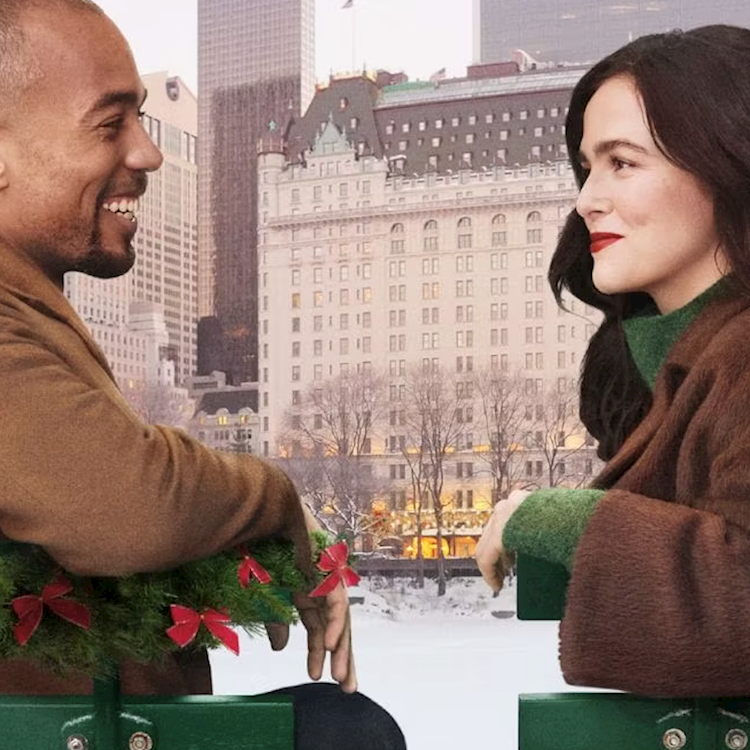 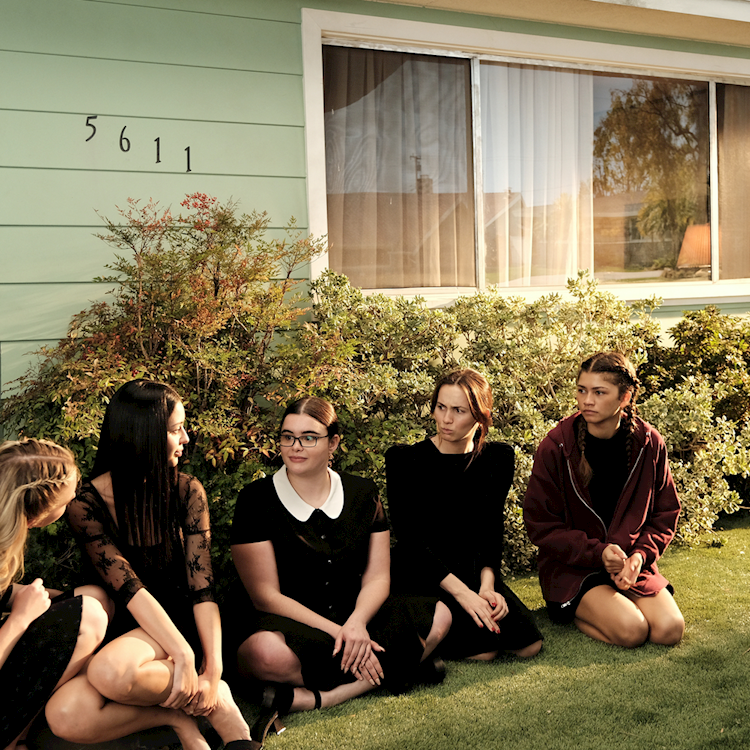