TNT’s series Snowpiercer follows the survivors of Earth’s second ice age as they live on a train that travels the planet through snow and ice. The second season of the series further explores the desolate world outside of the train.

FuseFX’s VFX supervisor behind season 2, Damien Thaller, talked to ProductionHUB about how the visual effects really help to build the frozen world outside of the train — which includes building a snowy, icy, and destroyed image of many different cities throughout the world. The VFX also helped create over 1000 train cars and the visuals of the train ploughing through so much frozen snow and ice.

PH: Can you talk about how you entered the production industry? What have been some of your most memorable projects/experiences?

Damien Thaller: I studied traditional design & art and then entered the games industry in the mid 90's. I was really fortunate because this was an exciting turning point for gaming. Games that were traditionally played on a PC were evolving and shifting onto the first consoles with the upcoming Sega & PlayStation. This is when I really transitioned and broadened my skill set from a 2D artist into a more 3D approach with character type work over my games period. Games had given me the experience and leg up into film.

Looking back at my most memorable shows, they would be the projects where I was able to be on set right from the beginning and then follow through to delivering the visual effects. That’s because you really become key to the entire process and see it all come together working with the many talented artists across all the stages of the project. Some of those projects were Captain America, Lost in Space and the Game of Thrones franchise.

Although I didn't have the opportunity to be onset for these, I was fortunate enough to work on a lot of the Harry Potter films as well as the Fantastic Beasts franchise. The world of Harry Potter was truly magical to work on. There was such an amazing vibe of creativity and collaboration on these films for so many years that made them a truly memorable experience for me. Harry Potter was also something I could share with my daughter Lily, as she is a huge fan of the novels and all the films. 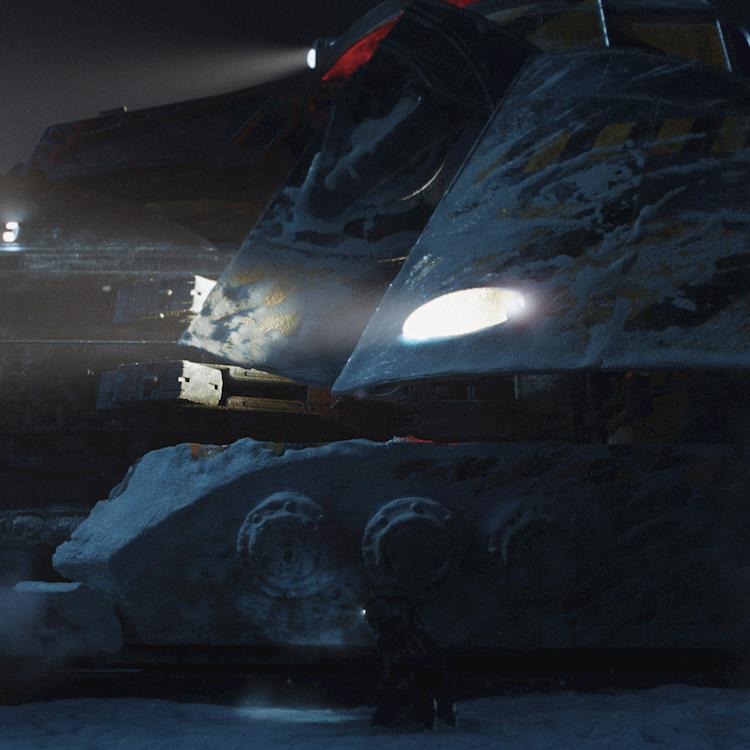 PH: Has production changed for you during COVID? How have you had to adjust? How did you begin working on season 2 of TNT's Snowpiercer?

Damien Thaller: I was wrapping work on the final season of Game of Thrones when I began talking with head of studio Jon Cowley over at FuseFX. Jon and FuseFX had worked on season one and were in client conversations for taking on a much larger chunk of the VFX in the next instalment. Jon then introduced me to Geoff Scott the client side VFX supervisor and Darren Bell the VFX producer. Being a fan of the original film’s design and world, I was very interested to jump in as the facility VFX supervisor on the show at FuseFX. It was just over a year ago that I committed to the show and said let's do this! Then the unexpected happened with COVID arriving 2 weeks later. I had literally just met the entire team with a few weeks in and then everyone transitioned into a work from home environment. This was my first challenge with a feeling of how is this all is going to work with the complexity of the show and tight deadlines. But we made it work and the transition was very smooth and fast. COVID was something we hadn't dealt with before, and we really had no choice but to make this work, together!

Communication is important to me being a VFX supervisor. In many ways, we ran the show and collaborated like we were still in the studio together. We would run through dailies twice a day where I could review visuals with our team via the Microsoft Teams chat online with video feed and open conversations. I would also do one on one video calls often throughout the day with our department supervisors and artists. This way if any artist had a question or would like to chat about ideas, we could easily still jam together about anything creative or technical. This was really important to me that even though we were all working from home, we had to have an open line for communication together. We evolved and strengthened how this worked over the year, and I feel very comfortable now that we could jump into another show of this magnitude very quickly!

PH: What attracted you to the series? Did you have a specific vision about what VFX techniques you wanted to use?

Damien Thaller: I'm a fan of the original story idea and design look from the feature film 10 years back. I also enjoy building worlds that explore strong visual design and take our imaginations into new ground. Being an episodic show, the pace of the schedule can be a challenge in itself with extremely tight turnaround deliveries compared to a feature film. I was drawn to the challenge of strategizing a faster and perhaps much more clever approach to our methodologies when creating VFX. I knew it would be important to establish building blocks that could be reused in each episode. For example, we had multiple procedural snow shaders, 3D prop models and atmosphere setups in Nuke scripts. We also had creative technical setups that meant we could draw from a library as we moved quickly. 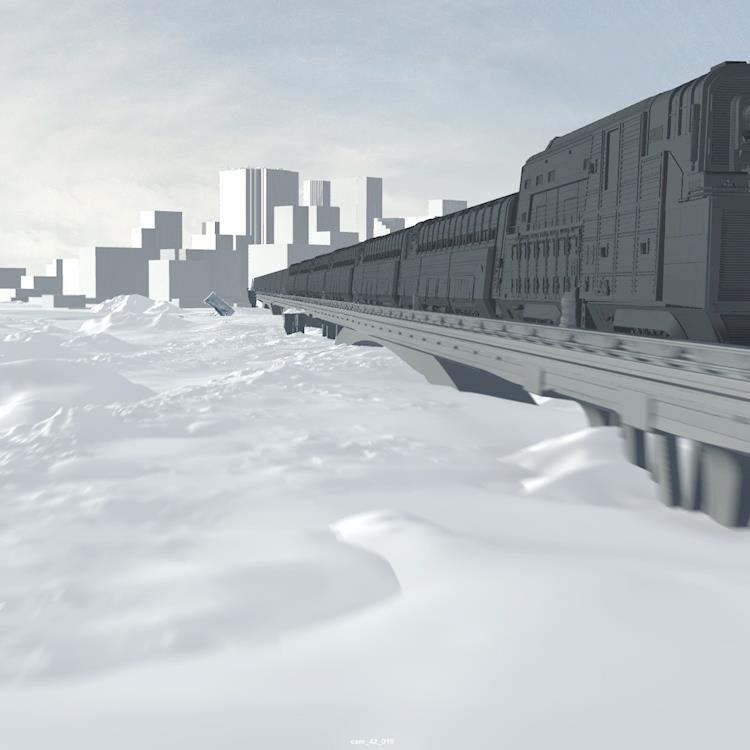 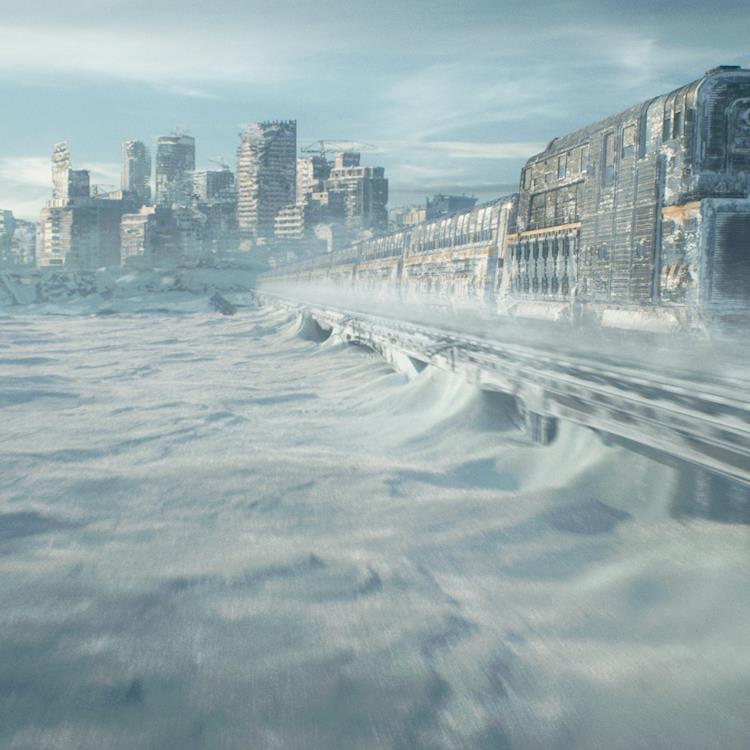 PH: What challenges did you face building a frozen world for the series?

Damien Thaller: This world had gone through a 6 year harsh destructive blizzard until it all froze solid leaving an ice age. Vegetation fossilized and exploded leaving the environment icy. Finding the visual balance of what all this would look like was a huge challenge. Although the original film established a look, we now had a chance to expand much further out into the frozen world.

At the very beginning speaking with our client Geoff Scott he would reiterate that this is not a magical world and the look will need to be more grounding as if this really happened. This grounding was also important for the original script writers and showrunners. This gave us a great start to draw inspiration from the Antarctic, Iceland and other snow frozen climates around the world.

PH: Are there some things about creating snow, ice and 1000 train cars that viewers might not know?

Damien Thaller: Well in moonlight a snow blanketed vista looks very different as there's an ambience glow of light on the surface. Technically the scattering of light is very different, and this is something we had to play with to get it correct and cycle through as we created the look development.

The Snowpiercer engine pulls 1000 cars that presented some technical limitations for us early on with rendering lots of polygons, textures and animation with FX at one given time. The train pulls these cars up to speeds of 300 kilometers per hour with snow FX interaction. We had to solve this quickly, and between our CG supervisor Sean Ritchie, DFX supervisor Henrique Moser & layout supervisor Frank Belina at FuseFX we were able to create tools & workflow that would efficiently streamline our transfer from previz into shot builds very quickly.

PH: Did you have a favorite scene? What was it and why?

Damien Thaller: Yes I have a couple. The opening scene in the first episode we see Jennifer Connelly's character Melanie outside the train almost entirely shot on green screen beyond 20 feet of practical ground snow in a studio. After rotoscoping her almost entirely from any of the practical set, we dropped her into a digital moonlit Chicago rail yard environment with both Snowpiercer and Big Alice trains. Our exterior digital set combined with FX really made these scenes believable and supported those story beats. It was one of the first times we see somebody venture out of the trains, getting more of a snapshot of what's outside. I remember seeing the opening scene for the first time with all the folly and audio thinking wow that really felt seamless, and the visual effects we did supported the acting and story by capturing the mood. I think we did a stellar job!

There's also another scene in an upcoming later episode where something happens to the train exterior that allows our visual effects work to build up a sense of danger. It's an intense story moment that was really exciting to work on with CG trains, digital environment and simulation effects in Houdini. There were lots of technical challenges around the FX simulations with the train speed creating the visual look. I remember my team and I really enjoyed shaping the story moment here. I won't give away any spoilers, but I believe the end result would have been very hard to shoot practically behind the camera.

PH: What programs/equipment helped the VFX come to life? Why did you choose it?

Damien Thaller: Maya & Houdini are our primary tools for animation, asset builds and FX simulations. VRay is our key rendering tool, as it gives us the results we like for exterior snow type landscapes.

GAEA, a procedural terrain builder, was new to our pipeline. We took the lessons we learned in creating season 1 shots and figured out a faster way for environment creation. GAEA was our answer. Our lighting & look development artists then could export these landmasses into shot, and then work on refinement and dressing into their specific shots with story driven props and train interaction. GAEA was a very quick tool for us to implement into our pipeline.

PH: Are there other projects you're working on this year (that you can talk about?)

Damien Thaller: Yes, a few that I'm looking forward to although I can't talk about them at this point in time.

PH: How can we keep up with you on social media/your website? Where can we find you?

Damien Thaller: The best place to find me or what I'm currently up to is over at my artstation.com/damienthaller page. 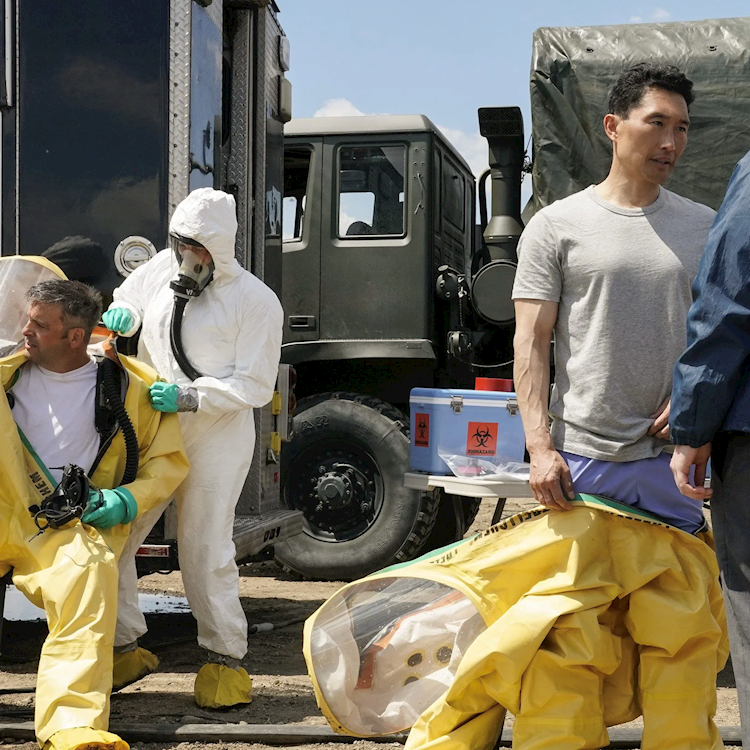 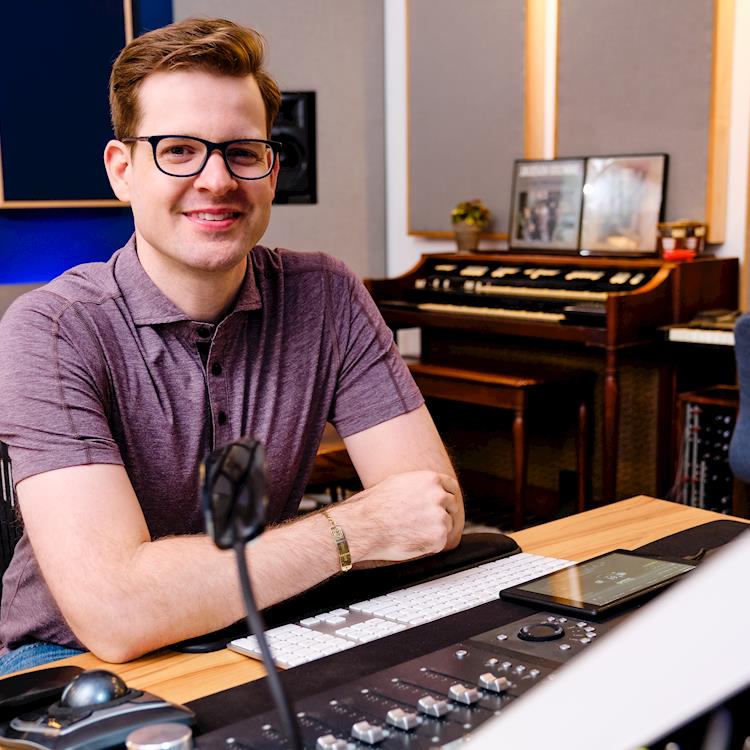 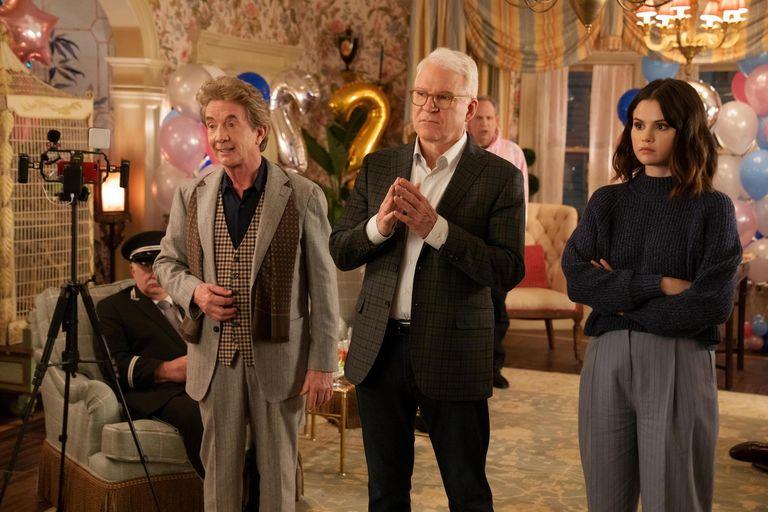