When I was first approached by DJI about reviewing the Zenmuse X7 and the Inspire 2, I said yes without any hesitation. Who wouldn't want to get their hands on this superbly built platform along with the X7? Then it dawned on me. I’ve never flown a drone like this before. Not that I didn’t want to, but it was that darn FAA License thing (or lack of) kind of in the way. I was very tempted to just fly it anyways, but then I thought maybe I would be better off calling in a favor or two to do this review the right way.

Enter my good friend and Producer/Director and drone pilot extraordinaire, Sean McVeigh, President of Sean McVeigh Media. Besides being a really good guy, Sean has plied his craft all over the United States and abroad. He has had his drone license for about five years, so we were in good hands. 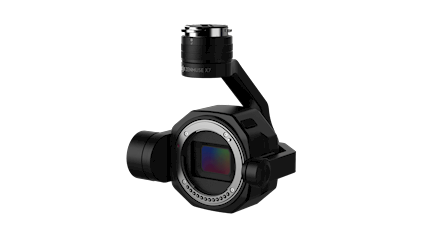 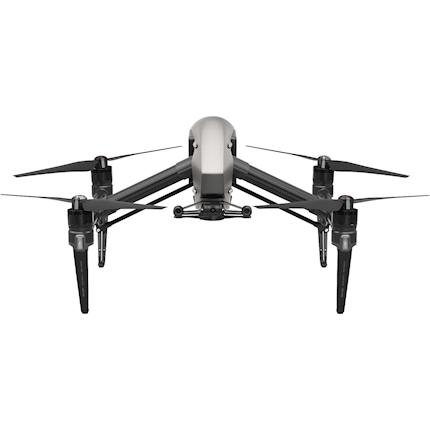 Having worked on a lot of shoots with Sean, I knew it would be fun but getting right down to business as usual. After taking over Sean’s living room for a couple of hours, we were in good shape. We charged everything up and made sure the drone, the lenses, remotes and everything else was good to go. For you really experienced drone pilots, this must be second nature. But coming up to this next level for me meant spending more time paying attention to detail. As they say “the devil is in the details” and that is so very true. Sean has flown a ton of DJI drones in the Phantom Series, Mavic Pro, Inspire 1 and Inspire 2, and the Matrise. Familiarity was a great asset for us as we headed out the door.

As with most shoots on or near the Atlantic Ocean, it was still cold. Even in the spring. Brrrr. On top of that, the wind was gusting around 20 to 25 miles an hour. I was concerned and freezing my assets off, but Sean said not to worry. He was right. Our location it seemed was made for the shoot— the majestic Beavertail Lighthouse.

Beavertail Lighthouse was built in 1856 and is located in beautiful Rhode Island. Marking the entrance to Narragansett Bay Beavertail Lighthouse has guided generations of sailors home. If we wanted to do the lighthouse justice we had to do it right. We were on the clock heading into the magic hour, so I am so glad we got it done. 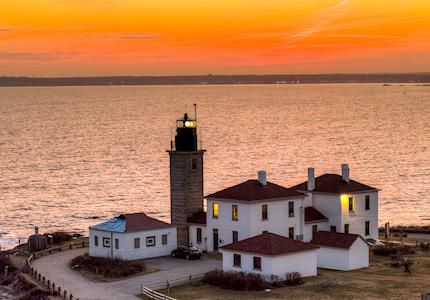 This photo was taken using AEB (auto exposure bracketing) 5 raw images. Then they were blended together in Photoshop. It was shot with the 50mm lens.

For this shoot, we used the supplied 35mm and the 50mm lenses designed specifically for the X7. There is also a 16mm and 24mm if you buy the whole set. Sean prefers the 50mm because it was, in his opinion, better at hiding parts of the shots you don't want to capture.

We were only able to make the one lens change due to the weather and the time. The lens switch out from the 35mm to the 50mm and was easy to do. We were only down for a couple of minutes then back up we went. Additionally, the battery life was strong and had the same run time as the for the X5.

Image gathering, especially in low light, was strong and we were able to get almost everything we wanted to get as we ran out of sunlight.

Almost. The front end of our review on the X7 was solid. We ran into a small rough patch when we got to the post. As many of you know, or will know soon enough, when you shoot RAW — those files get pretty darn big.

ProRes moved through the process quicker than the RAW footage, but still not too speedy. Getting the files into Premiere was slower than I liked. We didn't get to spend as much time on the post as we would have liked. That being said, it was not a deal breaker.

This is a subjective comment: even though the DJI LUT was okay, we ended up using a third party. Either way, the footage shot when matched up great with our other camera the Sony FS7. This was the look I wanted and what I was going for.

Sean and I both give the X7 and Inspire 2 high marks for great performance, solid battery life and clear beautiful images. I loved the carbon fiber lens set. If I was buying the X7, I would get the whole set of lenses at once.

We also recognize that the slow performance of moving the RAW files just might reside on our end and feel as though getting a computer with a lot of “crunch” would resolve that bottleneck. This process would speed up if we could spend more time getting to know the workflow better. I know the recent announcement adding ProRes RAW to the mix will add even more choices. At the end of the day, check out these images. Think you will like what you see. We sure did.

Thank you to Sean McVeigh for helping us out with this review!