If you have been out shooting for a while, then you know just how important a good tripod is. Even if you are the best handheld shooter, sooner or later you are going to need a reliable tripod. The trick is to find one that is easy to set up, doesn't weigh a ton, is affordable and most of all, durable. The Sachtler Flowtech 75 MS Carbon Fiber hits all of these marks and more. 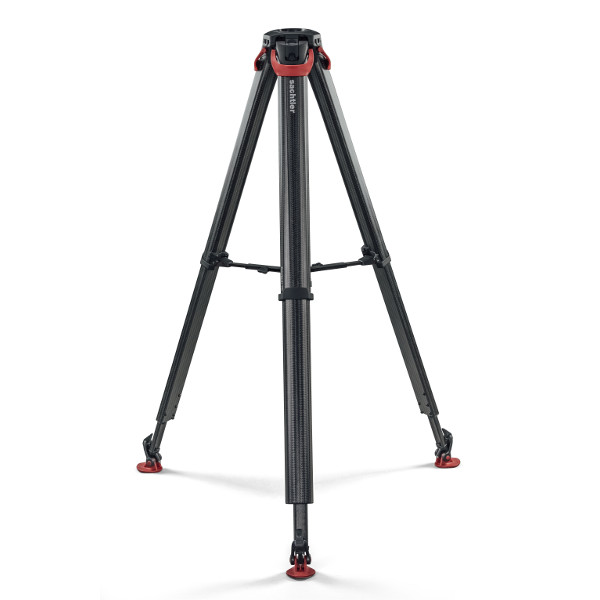 The first thing I noticed about the Flowtech 75 was the innovative design. Instead of the traditional extend and lock mechanism that some traditional tripods have, the Flowtech 75 lets you control height through a very clever lever/latching mechanism at the top of the unit. The levers are really big and easy to use. If you were shooting in cold weather you could leave your gloves on.

The Flowtech 75 also has a good design for the spreader. It's compact and not near the ground! The spreader, which is midway up, has easy on/off push fittings you can remove quickly by squeezing two small buttons on each side. Once they are off you can adjust your sticks. When you need to put the spreader back on, simply lock the spreader back in. I like the fact you hear it click in place. The one drawback? The limitations of the spreader made the setup feel skinny. In other words, to spread the legs out to what I thought was a more comfortable (for me) set up, I had to take the spreader off. But have you ever had to take the spreader off and hope the legs stay in place? Of course you have. With the Flowtech 75, you don't have to worry. Each leg also has three locking positions so you can work without the spreader if you want to and have confidence the legs will stay where you set them. This feature is extremely useful. 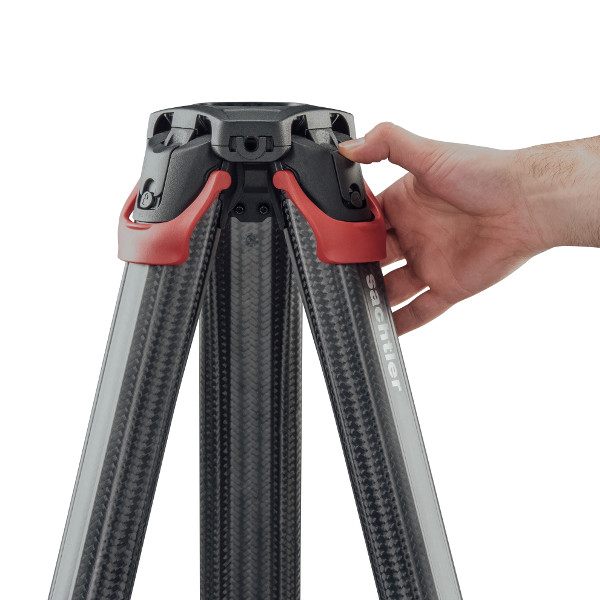 These last smaller features made a lot of sense to me. The first — those little footpads that keep you from sticking the outdoor spikes on the tripod legs into that nice wood floor. I loved them. The pads were big enough and had easy off/easy on with a stretch rubber attachment. The other was the magnetic pads that hold the legs closed when in transit. No more straps or bungees necessary. Overall, set up time was minimum and we were able to get on with shooting in pretty short order.

Next on the list is the weight issue. If you have been schlepping tripods around for a while, you know what I mean. I have carried my fair share of some seriously heavy tripods. But remember, we are only talking the sticks at this point, not with a typical fluid head, which can change weight ratio pretty quickly. The Flowtech 75 addresses the weight issue on two fronts. One is the composition of the tripod itself. The Flowtech is comprised of carbon fiber with an aluminum bowl meaning a lot less weight overall. Total weight comes in at just slightly over six pounds. Secondly, since the design of each of individual leg is wider, it means the weight (in my opinion) is more evenly distributed. That can be a very nice thing when you are the one doing the heavy lifting most of the day.

We had very positive results with the Flowtech 75 on our three day shoot. The Flowtech 75 coupled with the FSB 8 fluid head worked out really well. We put the tripod through a trial with no real issues (minus the spreader) all day. We had multiple set ups on pavement, docks, gravel roads and moderate hillsides. The Flowtech 75 held up like a champ, even though someone on the shoot (won’t mention names) let it sort of roll down a grassy hill, minus the camera, luckily. Each location had challenges but the Flowtech 75 was up for each one. I would love to put the Flowtech 75 through an extreme cold weather shoot just to round out the experience, but we still have a couple of more months before that!

If it's time to buy your first tripod or upgrade your old sticks, take a long look at the Flowtech 75. Based on the lightweight construction, ease of use and solid performance for the price point, I am positive you will not be disappointed. Good luck and good shooting. Now, about that grassy hill.