Now for the longest time, RED has been the big company to make 4K and higher cameras but now it seems that Kinefinity has announced their very own 6K cameras called KineMax along with the KineMini 4K Camera which are sure to make a lot of noise at this years NAB.

You may be asking yourself why have we not heard about this company before? Well they don't have a (US) distributor and RED has always been the big USA player but I have a feeling that it's about to change as it has been for the past year as Kine Cameras is not the only one chasing them. You now have Arri right behind them and if you saw the Oscars this year none of the nominated and/or winning films where shot on a RED.  Now I am liking everything about this camera with it's different lens mounts to having CinemaDNG which the Black Magic Cameras have which I love. They also have compressed raw in Cineform which is nice and it's really the only closest thing to REDCODE RAW.

Specs on the 6K KineMAX: 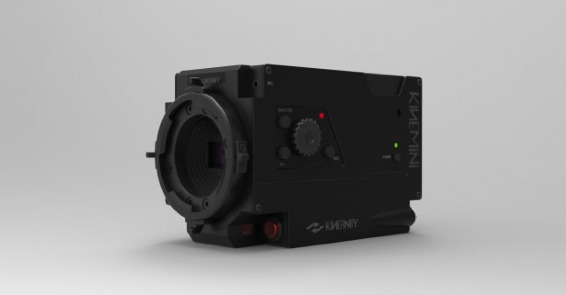 Specs on the 4K KineMINI:

The Price for the KineMAX  is still unknown but the Pre Order is around $3,000.

Final Thoughts:
So my final thoughts are the footage from the original mini looks pretty good and the price is right up there with the Black Magic Cameras but then comes the need for more hard drives. Although I do like the Compressed RAW I would like to see a ProRes or a QuickTime wrapper to bring down the storage data. Other then that I would love to get my hands on it and take it for a real world test from shooting to post and see if I and or my clients have a need for it.