YouTube gives us the opportunity to upload videos from our own offices or even bedrooms and reach a large number of people across the world. The best part about it is the fact that you can reach a very targeted audience and be extremely specific on what the topic of the videos are about. You can be a large company or an individual and you can be guaranteed to have an audience, providing you do things a certain way.

We focused on launching a channel for a niche audience. Cooke Optics TV is an example of one of our channels in its infancy. Created for the leading lens manufacturer, Cooke Optics, it includes interviews with some of the best cinematographers in the world, talking about fascinating behind-the-scenes stories and how they filmed some of the best scenes in cinema, informing us of their style and discussing how they got 'that shot'.

In this article we’d like to share some tips and examples to show you what to keep an eye on when launching and maintaining your own channel.

As a definite must, the audio needs to be very clear (using good microphones) and the video needs to be clearly presented. How 'good' the video depends on how engaging the topic and the presentation is. People often watch your video because they are interested in what you have to say after looking at the description and thumbnail. However, the motivation to watch your video isn’t necessarily because of an interesting topic – it's making sure you're telling it in an interesting way.

A good example is a video that Vox produced talking about the ‘y-axis’.

Interesting topic? Not in the slightest! However, it is presented in the most fascinating way. AND, it is short. Take a look:

On our channel, we have kept a theme throughout all of our titles. You will know if it is a 'Masterclass' or a 'Case Study'. You will know what the topic is and who is speaking. For example: “Masterclass || John Mathieson – Choosing Lenses” or “Case Study || Haris Zambarloukos – Locke (2013)”.

In the above Vox example, they’ve almost gone with a line from a conversation – “Shut up about the y-axis. It shouldn’t always start at zero.” It makes us interested in a relatively uninteresting topic, so remember to experiment with titles. Of course, the playfulness of your titles depends on what kind of channel and image you are building.

Branding on paper usually shows your brand colors, font, layout etc. Branding in a video also does that, but you have the option of making it into a moving image. Whether you are one person uploading vlogs, working with a company or you are the company, branding is crucial, and you need to establish your brand!

Here’s an example of MKBHD, a vlogger that reviews new tech products:

Five seconds of an animated logo and we’re into his video. Nothing too elaborate and we don’t have to wait too long. It adds production value and gives a nod to a TV show intro, except it’s 90% shorter.

If you are creating some sort of series, it’s really important to keep the same font, style, title styles and color throughout your video. Watch the first 30 seconds of one of our videos and you’ll see what we mean. Animated intro titles and an animated ‘lower thirds’ title, all sticking to the same brand that all the videos follow:

There isn’t a specific rule on this. Although, keep the following in mind. If your video is over six minutes in length, it had better hold good content for it to be that long. The average time someone may spend watching various YouTube videos on a mobile phone is 40 minutes (as of January 2016). And the average length of the most viewed videos is between 30 seconds and two minutes. So, people are more likely to watch eight videos that are three minutes long than three videos that are eight minutes long. Take a look at more interesting statistics here.

These points are important to keep in mind. You can make up your own rule of length, depending on the video you are making.

We spend a good amount of time editing each video and that’s because we want to make it as entertaining and interesting as possible. Here’s an example of a video that is very well edited, and the producer must have spent a long time finding the right clips and researching his points to tell his message about an interesting discussion he is building around film director David Fincher:

It’s another interesting and entertaining watch because it is edited really well.

Although, there are also many examples of vloggers who stick to a very basic edit and their videos work equally as well. Here’s a good example of one:

The biggest thing to keep in mind is the pacing and how you might be visually telling your story. People will get bored easily and click away from your video and so you need to be able to engage the viewer in the first 15 seconds.

The fastest way of increasing view counts and interactions on your videos is to create videos on the latest scoop or hot trending topics. Although the Cooke Optics TV channel is in its infancy, one video we recently uploaded has had over 2000 views in about two weeks – much higher than any other video we have uploaded. In the video Ed Lachman, a BAFTA and Oscar nominated cinematographer who filmed the movie Carol discusses his thinking behind his process. It has been nominated for some big awards and it was just released in the last few months, so it’s a hot talking point.

Check it out here:

So, amongst the videos you are making, are any based around a topic that is currently popular? Notably, more established channels like Vox can afford to produce videos on non-trending topics that they can make popular, through their brilliant use of animation and voiceover (such as 'Here's what happens to your knuckles when you crack them'). However, you need to be mindful of your audience and make sure you produce material relevant to them, and not get sidetracked.

- If you can make a video with another popular YouTuber, it means that some of their viewers will probably find your videos interesting too and hop over to subscribe.

- Your videos don’t have to have original content only. Have a look at the Vox videos – they are constantly using all sorts of images, videos and audio that they don’t own. As YouTube describes, “Fair use is a legal doctrine that says you can re-use copyright-protected material under certain circumstances without getting permission from the copyright owner.”

Check out this link for more information.

- YouTube has created something called the “Creator Academy”. This is a huge educational resource that tells you pretty much everything you need to know about creating videos and launching your channel. We still sift through their courses – and they are fascinating. Whether you’re a vlogger or want to set up a video series online, this is a great place to learn the ins and outs of what YouTube has to offer.

Written by By Bipin Anand, ImageNova 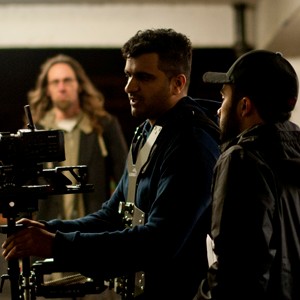