Your average VR project requires a lot of complicated equipment, a number of complicated steps, and a co-ordinated, full on team effort. In the distant future – think ‘flying cars and robot butlers’ distant – you may well be able to shoot 360 VR films on your iPhone (or future equivalent). For now, the process involves more than just reaching into your pocket and whipping out your phone.

Just like with VR headsets, some camera rigs are fairly basic while others come fully loaded, ready for serious enthusiasts to drool over.

From the entry level Samsung Gear 360 (two cameras with an 180-degree view) to the GoPro Omni (8K, waterproof, six cameras), you’re looking at spending anywhere from £350 to £3,500 to get the rig of your dreams.

If you’re anything like me you’ll find yourself drawn to the high end of the scale, but if the bells and whistles aren’t absolutely necessary then there’s no point in blowing your budget.

It involves mapping two cameras to each field of view, simulating human eyesight and depth perception to a greater extent. It’s also, predictably, a lot more expensive than its monoscopic counterpart.

You can ‘supersize’ (purists would say convert) your monoscopic video to stereoscopic, but you can’t do the reverse.

If you’re keen on movement in your video, then keep in mind that additional equipment (drones, dollies, etc.) will also be required.

Immersion is the order of the day. If ever there was a time for your crew to fade into the background, this is it. If they’re visible in the final product, it’ll break suspension of disbelief. Obviously.

You have two choices here: you can follow Star Wars director, Gareth Edwards’ example and have them wear swimsuits to blend in – or hide them behind a curtain or something. Whatever you do, just make sure the audience can’t see them.

Every camera rig has a ‘danger zone’ of around 1.5 meters. It’s imperative that you keep this front of mind when shooting because if a face is filmed over the stitch line – the break between the images – it’s not going to be pretty (think Frankenstein’s monster).

You’re looking to immerse your target audience in a specific environment, so it’s vital that your stitch lines and focal points are as far away from one another as possible. You also need to ensure that there are no people or objects that might get distorted within the danger zone.

A lot of people (read: editors) believe that productions come into their own in the edit suite. This is certainly the case with 360 VR productions. Merging those ‘stitch lines’ I was harping on about earlier can take a week or more. Basically, the more cameras on set, the more complicated things become.

While we’re on the subject of finessing your raw material, you also need to think about editing out the tripod. The more skilful approach would be to superimpose a reference photo over the area in question. However, if time is an issue then an easier option would be to plop your company logo – or some other appropriate graphic – on top.

All the other stuff

360 VR production involves every step of a normal production process as well. You’ll still need to figure out schedules, write a script, secure the necessary permits, manage creative talent, hire extras, the list goes on – and you’ll have to do it alongside all this other stuff.

Shooting VR takes co-ordination and serious effort. Even a small error during filming can create chaos down the line. Mess it up and it’ll cost you.

But just because it’s complicated doesn’t mean it’s not doable. Far from it. It’s simply a matter of careful planning and paying close attention to the details. Immerse yourself in the experience and the rest will fall into place. 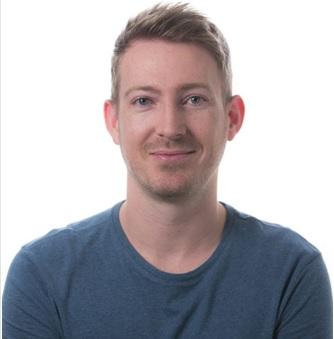 Jamie Field is Head of Production at TopLine Comms, an integrated and virtual reality agency where client service, creativity, and exceptional coffee form a holy trinity. When he’s not on set, you’ll find Jamie playing Ping-Pong or geeking out over expensive cameras.