What is good or bad “set etiquette”? Depending on where and how you got involved in production, and your experience level, I’m sure everyone probably has a different idea how to answer this question. I can only speak to my own experience and style, which I’ll share here.

From my lens, I believe that the best set etiquette we can all strive for is witnessed on large scale feature film sets, with big crews shooting over multiple weeks, with well-seasoned production management. In these environments, there’s an old school set hierarchy that creates order and efficiency, and it’s been in place for decades. However, the whole wave of smaller, non-union run and gun “videographer” type crews are a complete departure from this tried and true classic set culture. What’s the vibe on all these different sets? Well, that’s the concern.

I believe our industry should always keep this etiquette question on the table, especially if we want to garner the respect and career growth you’d expect in any other industry. When the etiquette aligns and good work is produced, a sense of pride is due.

My personal experience has given me a good taste of both the more traditional set etiquette, and the newer, shall we say “looser” set etiquette you find with much smaller crews and typically less experienced crew members. The need for digital video content has increased so much over the last 15 years, that as we all know, anyone can call themselves a filmmaker and start producing videos these days. No certification required. This has allowed many people into the industry that aren’t aware that set etiquette is even a thing.

At my own production company, Image Brew, every project is so different that we need to adjust the culture on set to match the energy and expectations of each project. At the end of the day, whether you’re a crew member trying to impress the rest of the crew and/or get more future work from the hiring producer, or you’re an EP like myself coordinating a crew and overal set experience for your client, on-set etiquette is extremely important.

Back in 2004, I had just moved to NYC, and landed my first gig as a production assistant on a 30-day feature film shoot that starred Robin Williams (The Night Listener). I was totally green, and had no idea how to conduct myself on set. I was given a chance by the AD, and I’m forever thankful for that. I didn’t know what the etiquette was for the first couple of weeks, and that proved to be very challenging. 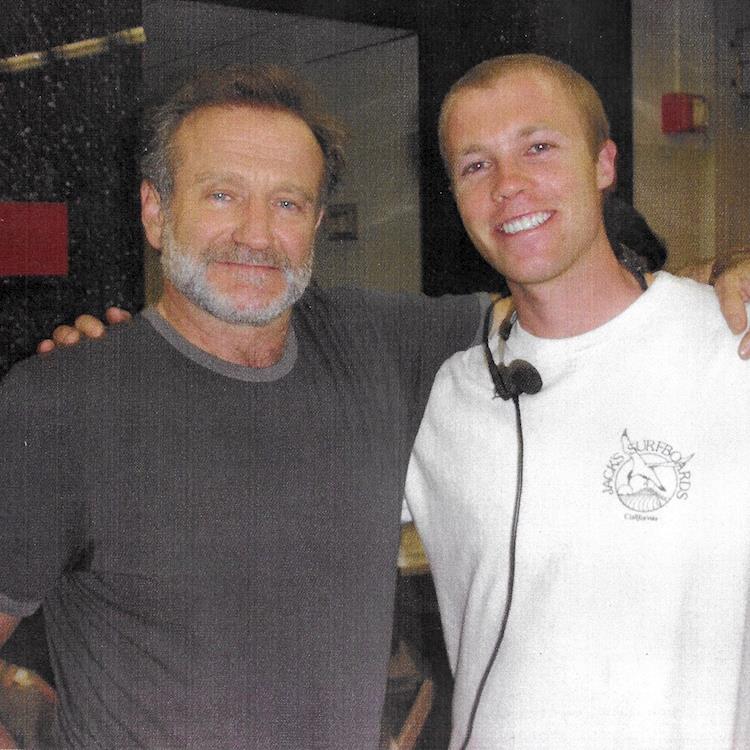 A shot from Bens first PA gig back in 2005, on set of the Robin Williams film "The Night Listener" shot in NYC.

I remember just wanting to show everyone that I had a good work ethic, and would do whatever was needed to help. No questions asked. I saw the grips unloading stands from a grip truck, and quickly ran over and began to help. I was mortified when one of them instantly yelled at me for touching their gear. The older crew members didn’t give a shit about me wanting to “prove myself”, they were simply union members and I quickly learned that on a union shoot, you stay within your job role and lane.

This felt weird to me and I was confused by the lack of “team” morale. Especially after the smaller shoots, I conducted personally in school were all about a group of friends all chipping in wherever help was needed. In retrospect, I just didn’t know what I was doing. I was also being selfish and focusing on how I wanted to help, instead of discovering what was being asked of my hired role. I got there eventually. To fully understand detailed etiquette for a specific role on set, that’s another blog post by the department heads. I’m more focused on general set etiquette here. These large shoots have this hierarchy for a reason, and it makes sense when the scale is so large, the schedule so demanding, and the bar for creative performance so high.

But to be honest, over the next couple of years, as a young hungry filmmaker with lots of ideas, I didn’t have the patience to work my way up through this complex hierarchy over a decade or two, and this was part of why I ventured out on my own and took the risk to start Image Brew. I was OK leaving the larger, sexier projects at first, to be on smaller crews where I could play a more active creative role across different departments. I was always more of a generalist, which begs the question, what it the what do you want to focus on in your production career? This will help drive your etiquette path.

I see so many young shooters starting out and jumping straight into hustling video gigs, but unless they are working as a one-man band, they have no idea how to create an efficient set environment, add crew, and take on more complex projects. They typically aren’t comfortable with delegating. Now, I can’t talk smack about young guns breaking out on their own since this is what I did back in 2006, but I at least had a solid foundation of what I liked and didn’t like about the larger traditional film sets. These young filmmakers are doing themselves and their clients a disservice by not at least familiarizing themselves with the various levels of crew conduct and related etiquette. Try to get some of that experience. This will only make you a better filmmaker, producer, and coordinator.

Even though 95% of all the shoots we produce now are non-union, I always try to hire experienced and savvy crew members who are well versed in the more traditional film set etiquette. We average about 10-20 crew members on our commercial sets. When a client is investing their hard-earned dollars into a larger scale shoot like this, it’s all about their experience on set. They not only want to see good looking images, they want to see the crew technicians working diligently and efficiently. This is what I expect of the crew and what the client expects from me and our company when we all show up at call time. This is not a passion project. This is business. 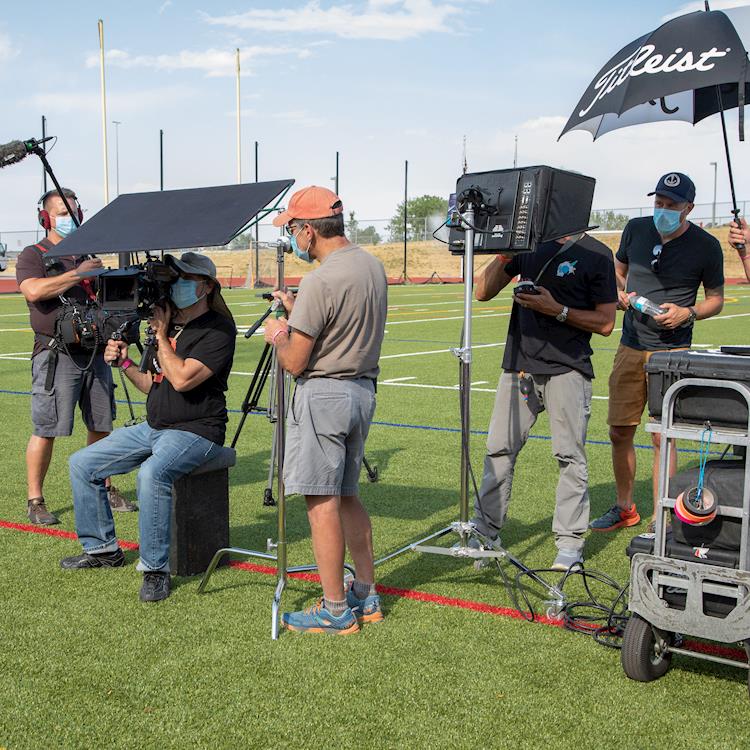 BTS pic from a recent shoot Image Brew produced for SafeSport and ESPN.

We still produce a lot of shoots with smaller crews too (let's say 3-5 crew members for example), and I have different expectations of my crew on these types of productions. Most of the time, I am asking crew members to wear more than one hat, which immediately breaks down old-school etiquette. The key here is that someone needs to set the expectation of etiquette with the crew, since every job is so different these days. When I call the crew member to offer them the job, I give them a bit of back story on the creative ask and that I will need them to do X, Y and Z. Looping them in on not only what you want them to be responsible for, but also sharing with them the script, client goals, and your overall expectations of the set, will go a long way with your crew and your relationships with each of them. I find that so many producers treat their crews like button pushers, and never loop them into the bigger picture of what the end goal is.

Now if you’re reading this as a DP, sure it may not seem like the right etiquette to just jump in and offer the client water (the sarcastic example I threw out above), as you should be busy as hell setting up shots, and after all, this is a PA responsibility. My point being though, on smaller crews, which is more and more the regular these days, forgetting your ego and being part of the “team” to keep everyone happy most often leads to the best outcome. 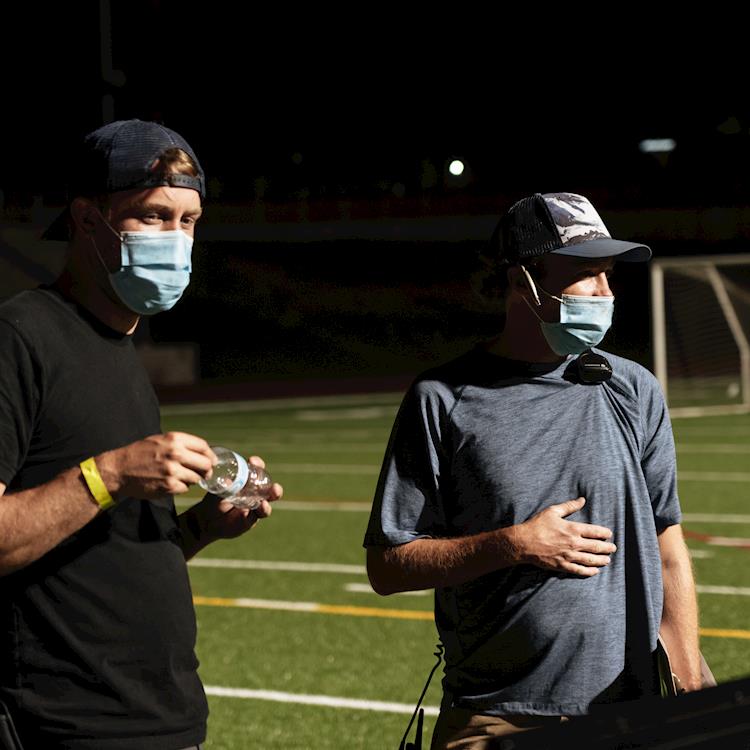 As EP, Ben (on the right here) likes to keep an eye on the overall set vibe and the efficiency of the various departments working together.

In conclusion, I had a buddy call me out recently for moving client monitor stands on set, and said, “Hey look - there’s the hardest working EP around, moving stands!”. True, I may have been crossing the line and slightly breaking traditional etiquette, but I still think efficient team efforts on set to stay on schedule and make your day is important. We’re all getting asked to do more for less, as budgets get crunched and expectations increase. Besides, I told my AC that morning that I’d be with the client in video village all day, and would be happy to help move the video village around the set. He simply replied, “Copy that”. End of story. EP’s are part of the crew, not part of the client entourage.

Ask whoever hires you what you can do to help, and it won’t go unnoticed. I think we can all agree that one of the many awesome parts of this career is that it’s the wild west. If you pay attention, listen, keep a good attitude, and most importantly do good work, you’ll go far. See you on set.

Allow us to be your Colorado resource for equipment rentals, studio space, production office space, edit suite rentals, and crew for your next video or photography project. We work directly with production companies, producers, filmmakers, photographers, brands, and agencies when they simply need resources from a dependable vendor with deep ties in Colorado production. You can find out more about us here:
Image Brew Production Services
Image Brew Creative
Muffler Comedy 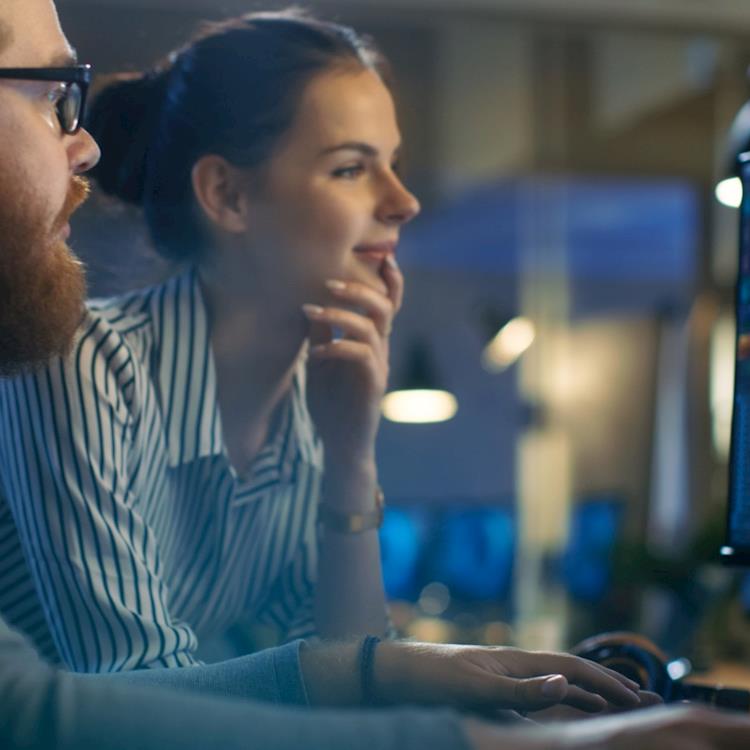 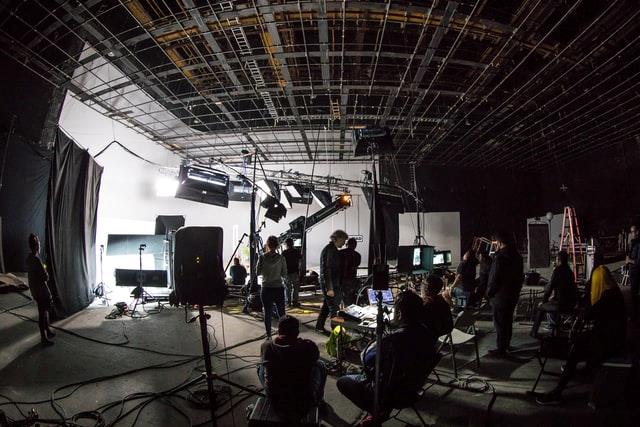 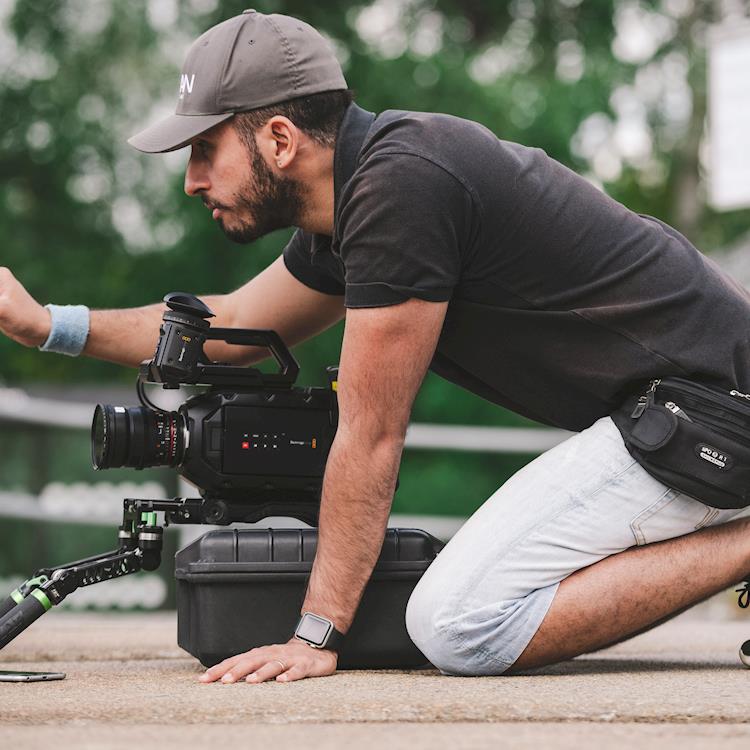