Every so often a camera comes thought the door that far exceeds any preconceived notion I might've had.

As someone who can appreciate solid engineering and product design, the LUMIX GH6 takes functionality and technical improvements to the next level. The GH6 with unlimited recording has both new and improved features that speak to the Panasonic LUMIX reputation. 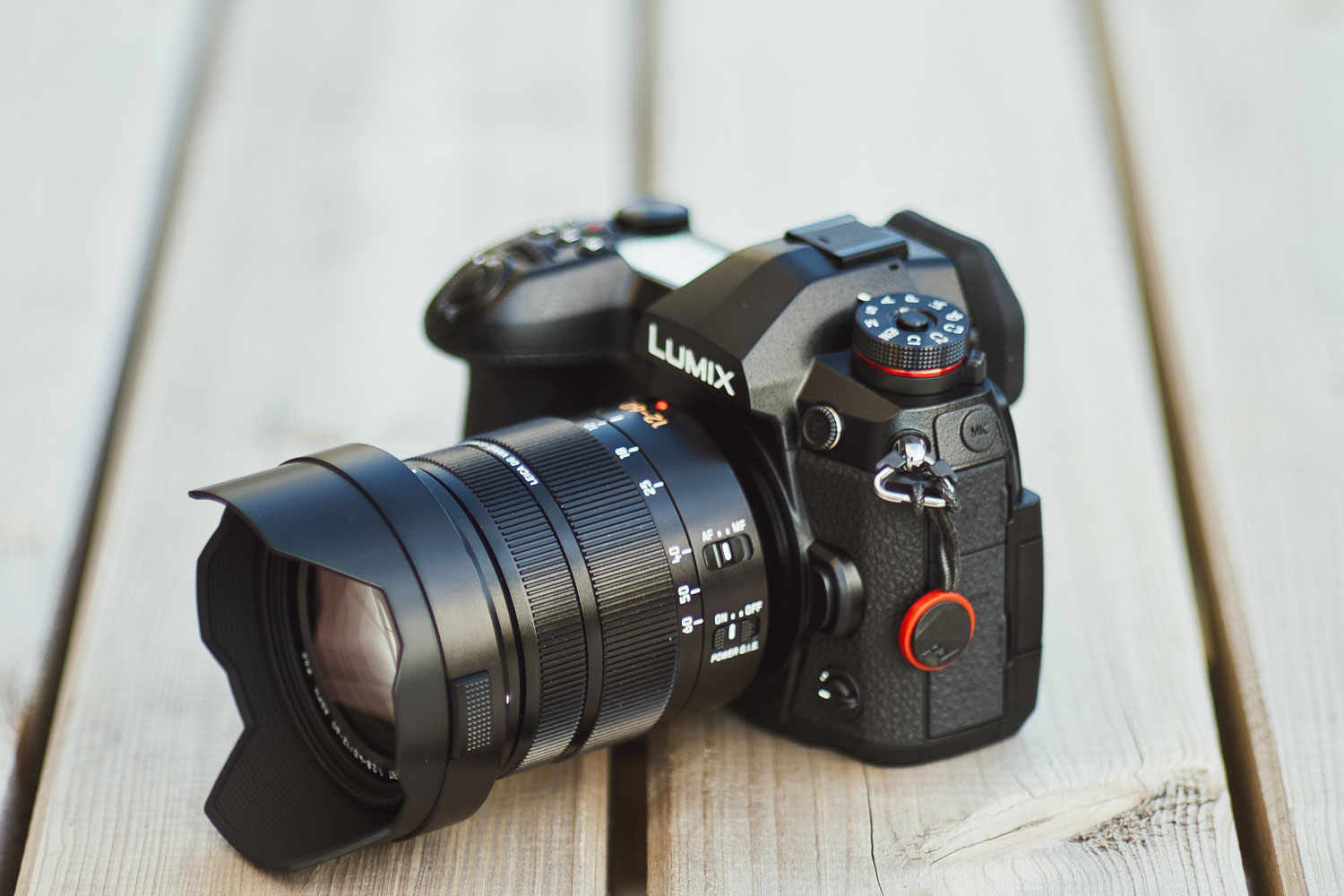 So why should it be on your must-have list? For starters the LUMIX GH6 lists some impressive specifications such as:

Some Features That Stand Out 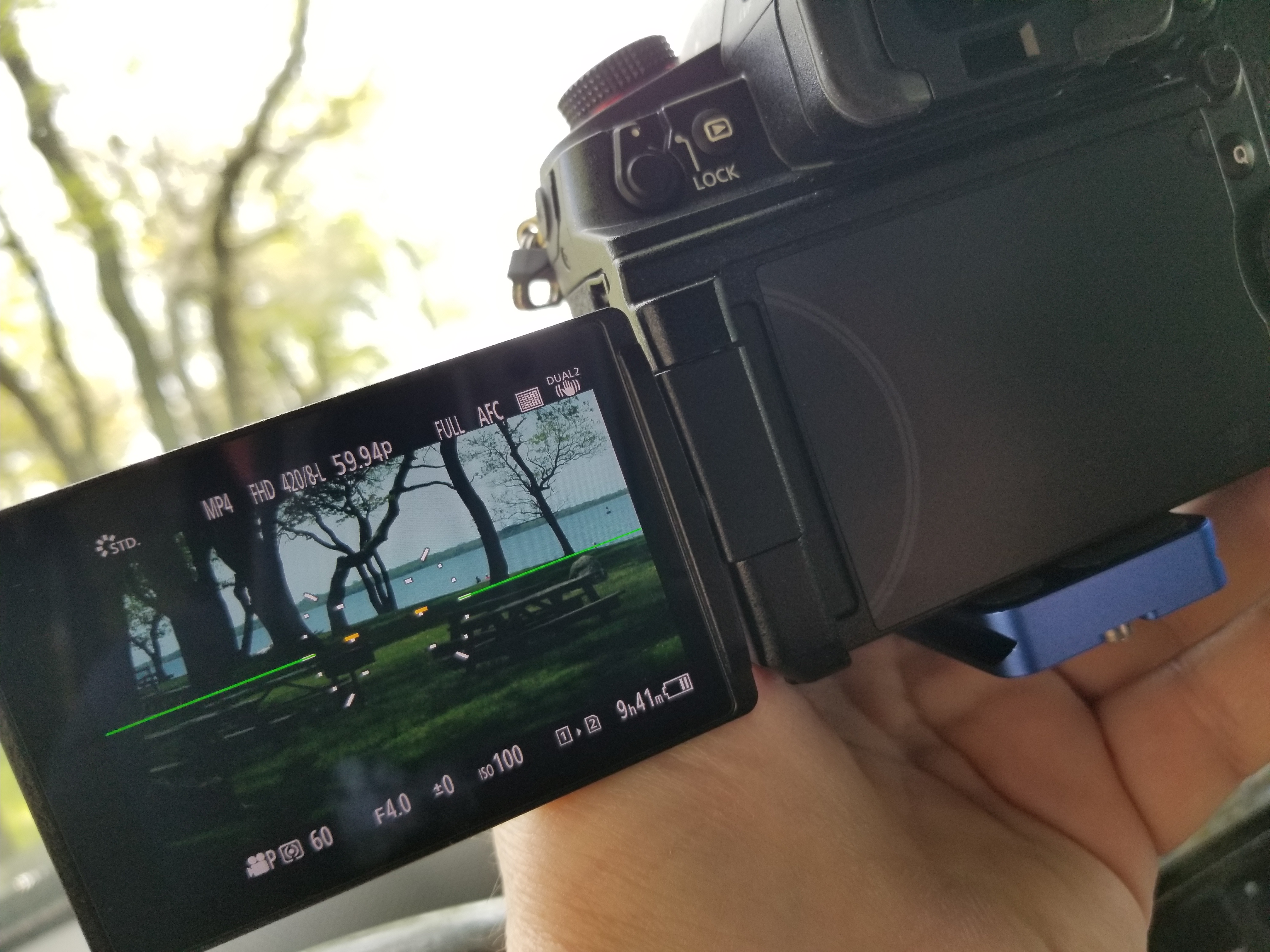 I wasn't much of an auto focus fan. I found that some were only “ok” at best, and had a hard time “deciding” what should be in focus. Being one of those proverbial “old school” shooters, I tend to be in manual focus a lot, but as we have all found out, with anything 4K and above, good,consistent focus—auto or otherwise—needs to be very precise. This updated version of autofocus on the GH6 is very good.

Due to the new Venus Engine, the processing speed of the autofocus has been greatly increased, powering the 315-area contrast-detection depth-from-defocus (DFD) system.

The updated algorithm in the GH6 calculates the distance to your subject and predicts whether it is moving closer or further away from the camera, anticipating where it will be for the following frame. It functions by collecting data from several focal planes, then creating a 3D, real-time depth map.

The subject-tracking focusing system also supports face, eye, head, body, and animal recognition. The autofocus will automatically switch from body recognition to face, then eye recognition as the subject approaches the camera for improved sharpness.

Does it work? The GH6 autofocus has made improvements over the GH5, and it works well for most shooters in most circumstances. Is it perfect? I know in the past shooters have complained about autofocus in the LUMIX lineup but I think now overall they will be pleasantly surprised with improvements on the GH6.

Again, in my opinion, the autofocus is where I think a lot of shooters will need it to be. When I was out  shooting I really pushed to what I thought I could get away with like keeping up with fast moving people and objects. It did take me a little set up time to what I wanted, but I am sure if I had the GH6 a little bit longer it would have been fine. Once I set things up (correctly) my confidence in my ability to use the autofocus definitely went up. The improved autofocus made the GH6 a much easier camera to use. I almost forgot that because the GH6 has the same color science as the Varicam you can use it as your B cam knowing that you will be able to color match. How could I forget that? 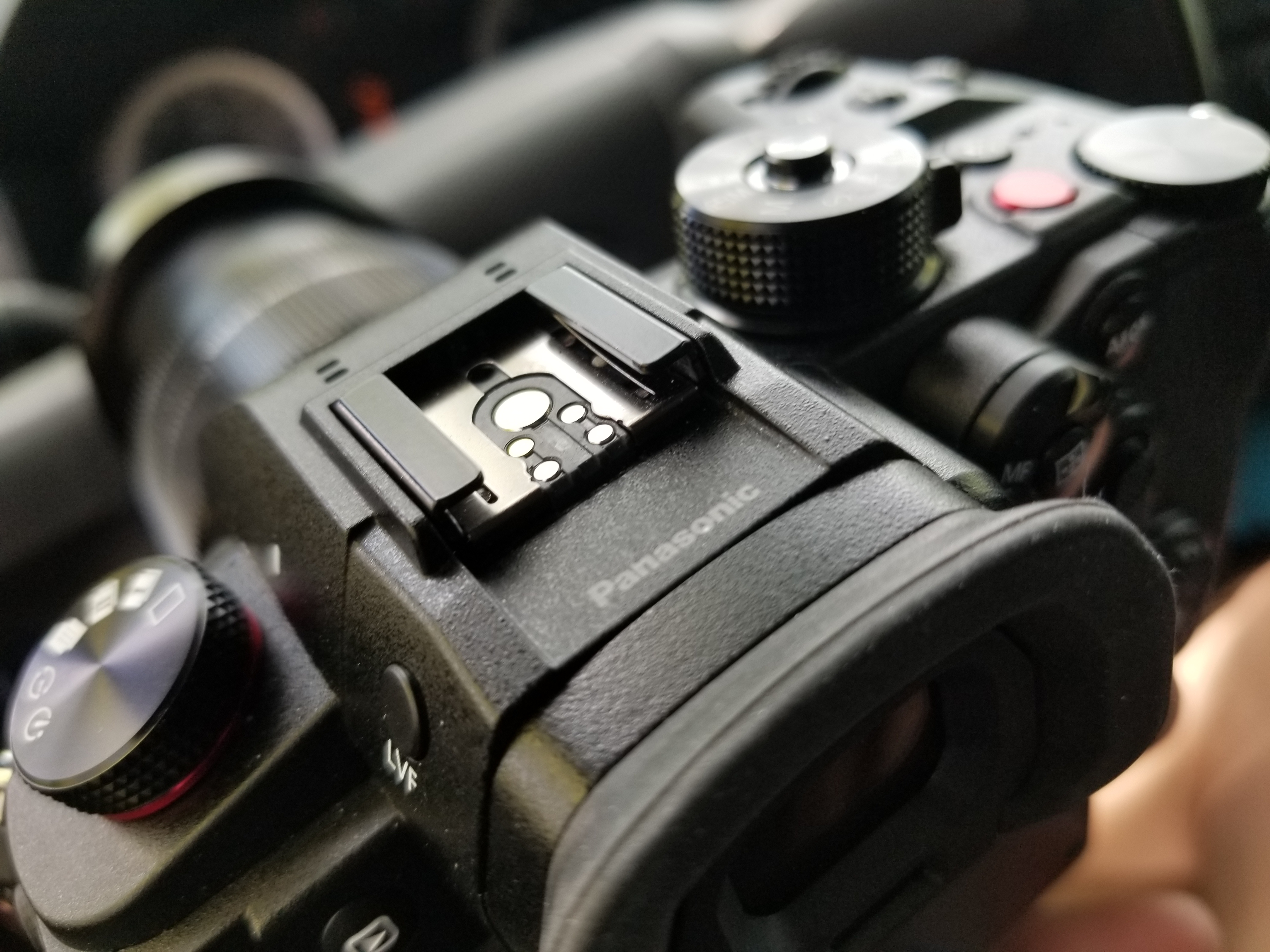 The Image Stabilization for the  LUMIX GH6 makes really tough shooting so much smoother. The 5-axis Dual Image Stabilization worked great. It “figured out” and applied compensation according to how I moved. Thanks to image stabilization, even 100-megapixel high resolution still images can be shot using the High-Resolution mode without a tripod.

In High-Resolution mode, eight consecutive images are automatically shot while shifting the sensor using the Body I.S. (Image Stabilizer) mechanism and synthesized into a 100-megapixel equivalent (11552 x 8672-pixel) image that faithfully reproduces precise details to be saved as beautiful, highly realistic RAW and JPEG images. That ended up mattering a lot because I finally had the chance to grab a bunch of production stills, something that almost never happens. But I had to move fast and it worked out pretty well.

Why I Love Open Gate 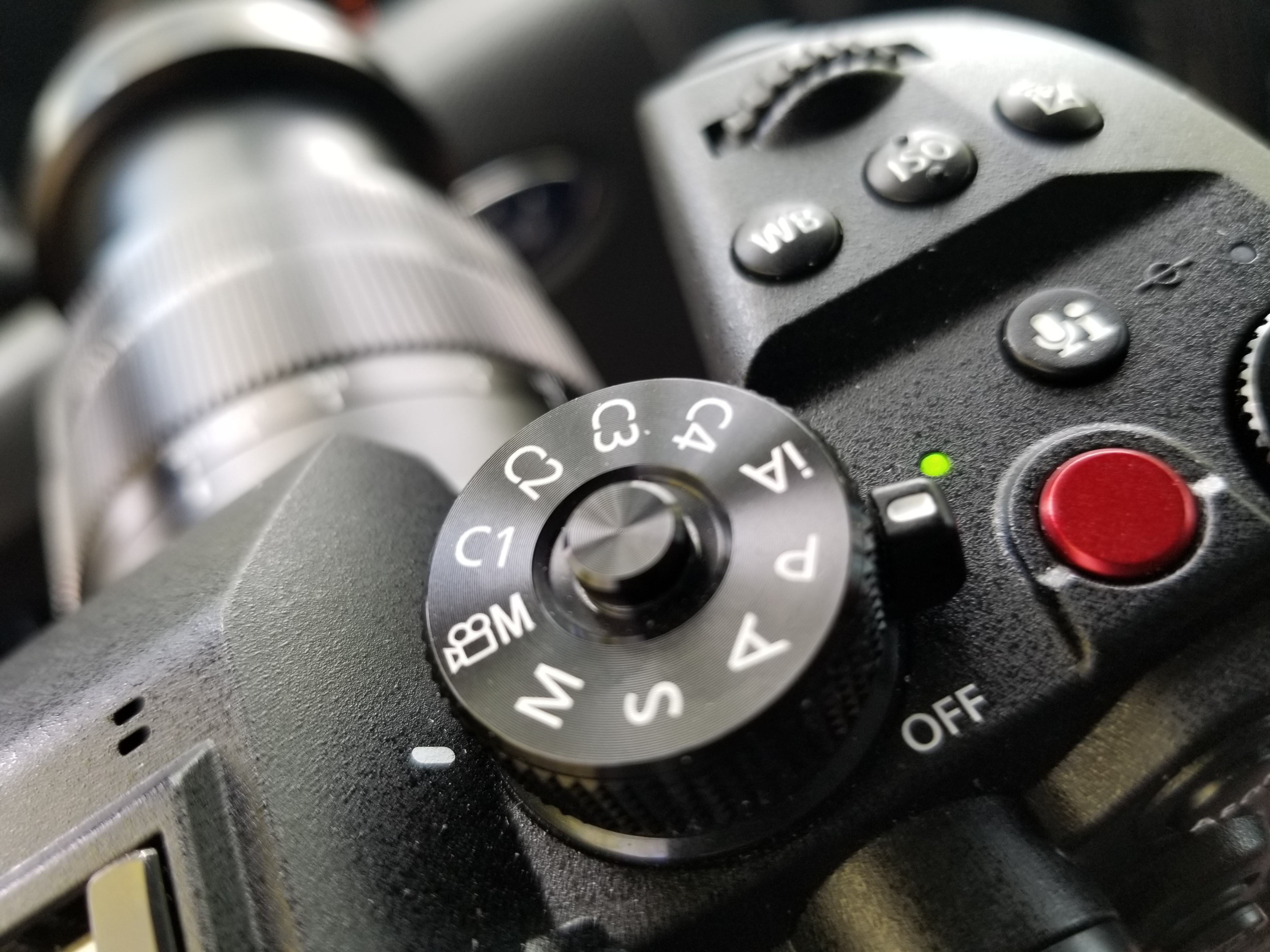 I know love is a strong word, but the open gate feature on the GH6 is awesome. If you aren’t shooting with anamorphics or other lenses in open gate I would ask you why not. If you haven't, you have to try it. I am convinced you might go to an open gate setting and never come back. Yes there are some limitations but for the most part I think the versatility of open gate has the potential to be a deal maker for you.

If you go to the open gate 5.8K setting on the GH6 you are using all of the sensor. I know you are going to say I only need to shoot in one ratio. Nope. Who knows what your client might end up wanting? If you decide to shoot in open gate you can keep all that beautiful resolution for whatever flavor of social media that is requested. It might be 1:1, 16:9, or 4:3, but it won’t matter. Plus if you do shoot in open gate then you have the option of sliding the frame a little should you need to do some fixing things in post.

Lastly, one important thing I failed to mention is that I would strongly recommend using the very handy frame markers or masking when shooting for different ratios. Then you still get to see all the frame but put in your head what it is you think the final image could be in the vertical.

If you are in the market for a camera that brings a lot to the table but doesn’t cost you an arm or a leg, the LUMIX GH6 just might be your ticket. It really does fit into that Swiss Army Knife versatility pocket of being a high performing video camera for all kinds of projects. Additionally, the GH6 also fits in well as a very nice still camera.  You owe it to yourself to take a long look at the GH6. I think you will duly be impressed. I was. 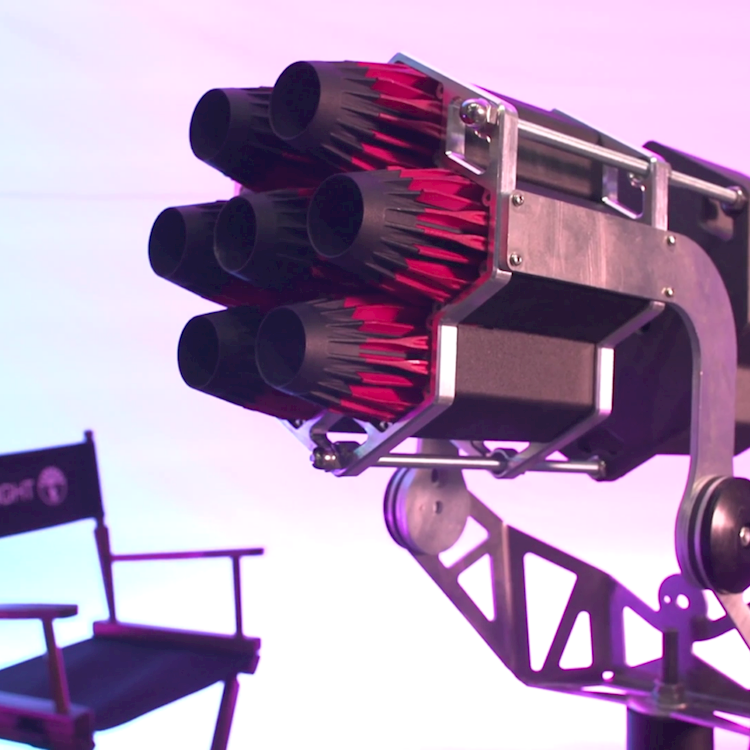 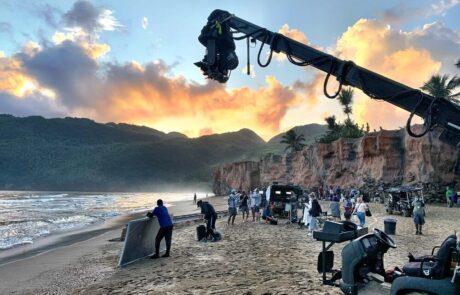 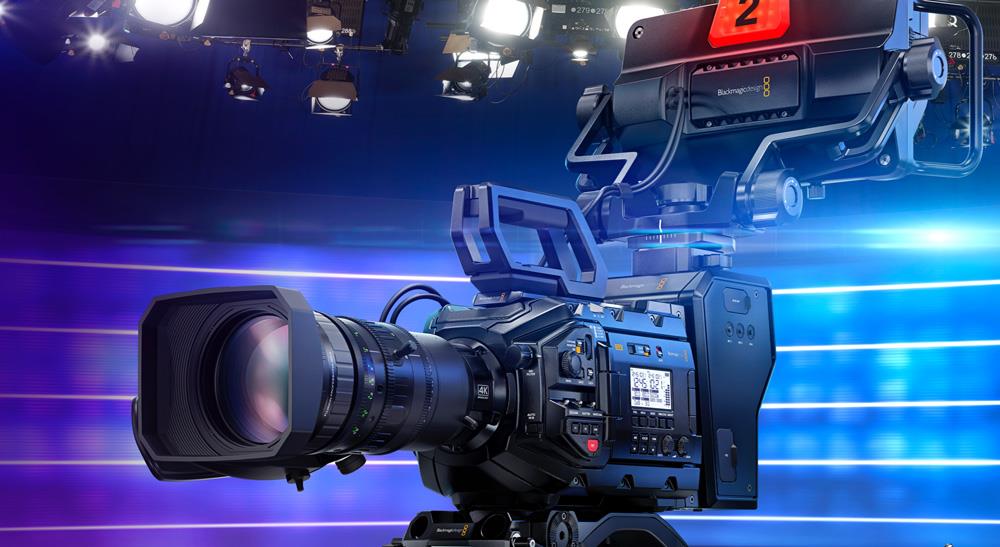