It's the most wonderful time of year. Yes, I'm referring to ProductionHUB's 2021 Awards of Excellence! You would think that after all this time putting the Awards of Excellence list together would be easy, right? Oh boy, not even close to easy. But that’s the way we want it.

Just as in years past, our award recipients earned their place on this year's list due to their innovative technology and creativity. Products are always chosen on merit and innovative design. Each was carefully selected to represent the best of the best. The selection process wasn’t easy—it never is—but in the end we feel our ProductionHUB 2021 Awards of Excellence winners list was well worth the wait. We hope you’ll agree! 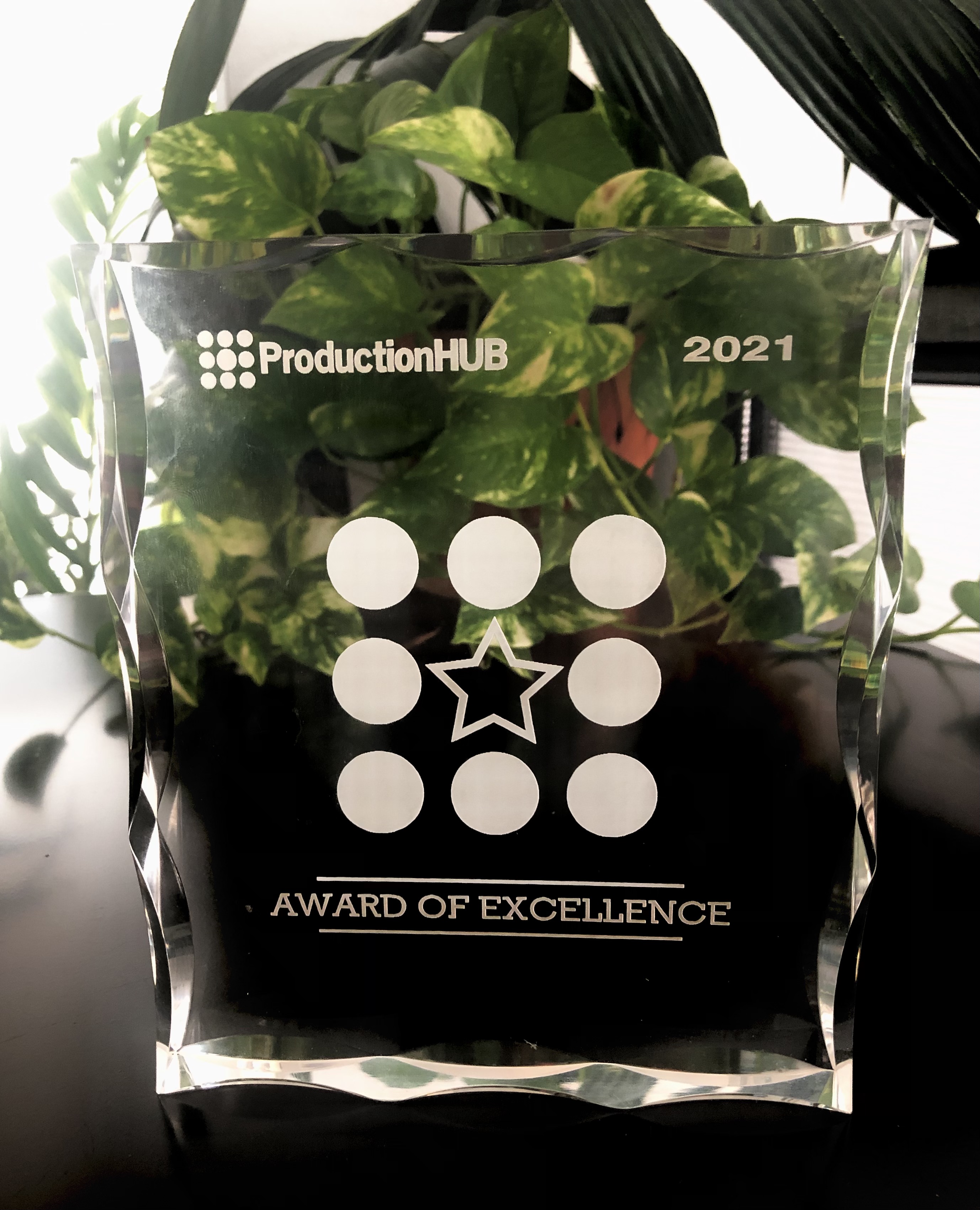 The 2021 Awards of Excellence Winners are: 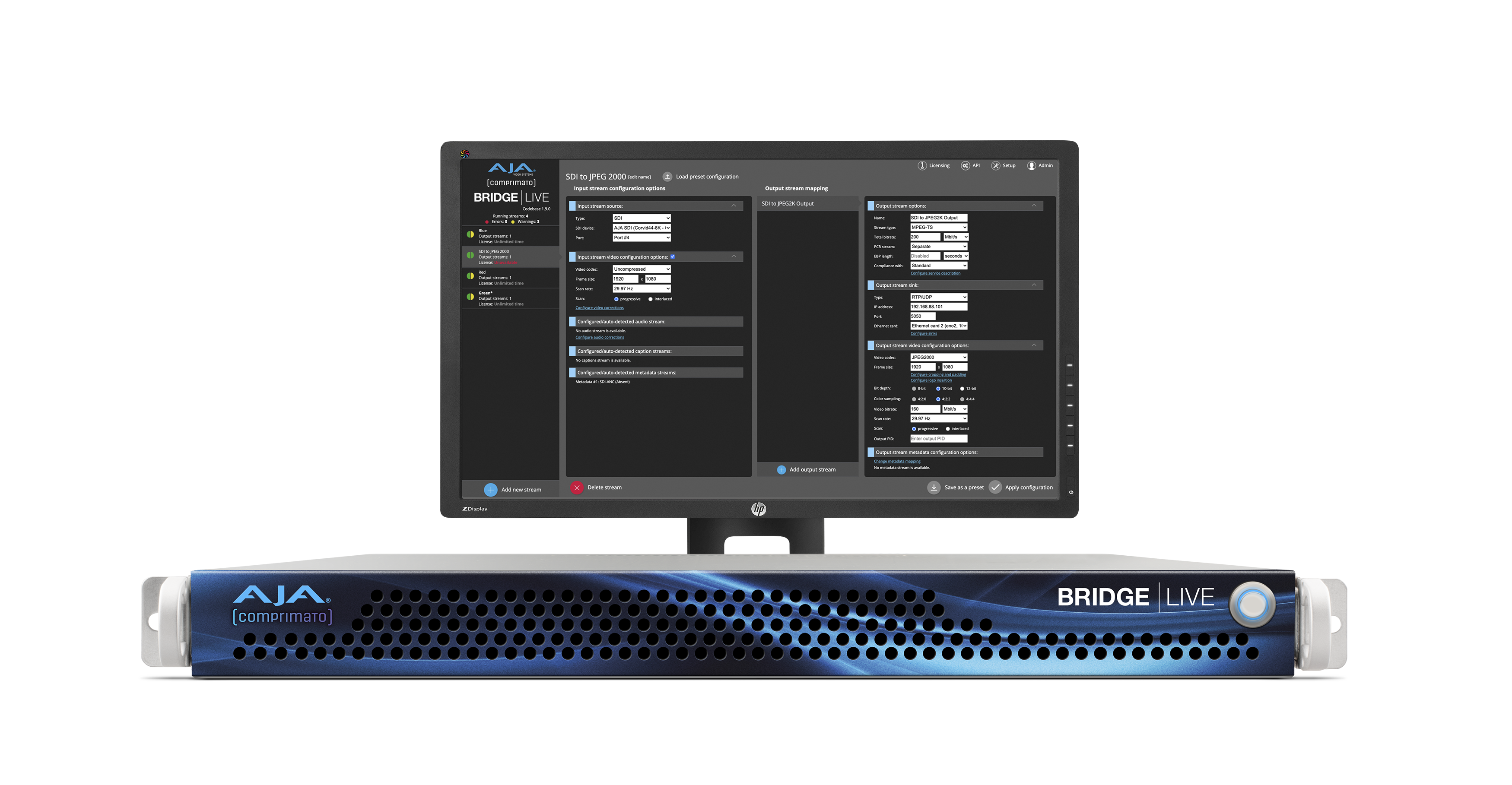 AJA is always in the running for an AoE Award of some kind and this year is no different. BRIDGE LIVE is a broadcast-quality, low-latency turnkey system for Remote Production (REMI), Multi-Channel Video Contribution, Remote Collaboration, Direct to Audience Streaming and Multi Bit Rate/Format Delivery.

Equipped with 12G-SDI I/O plus the power and flexibility to enable real-time bi-directional encoding, decoding and transcoding for critical UHD and HD workflows, BRIDGE LIVE is an essential part of any modern live video production toolkit. 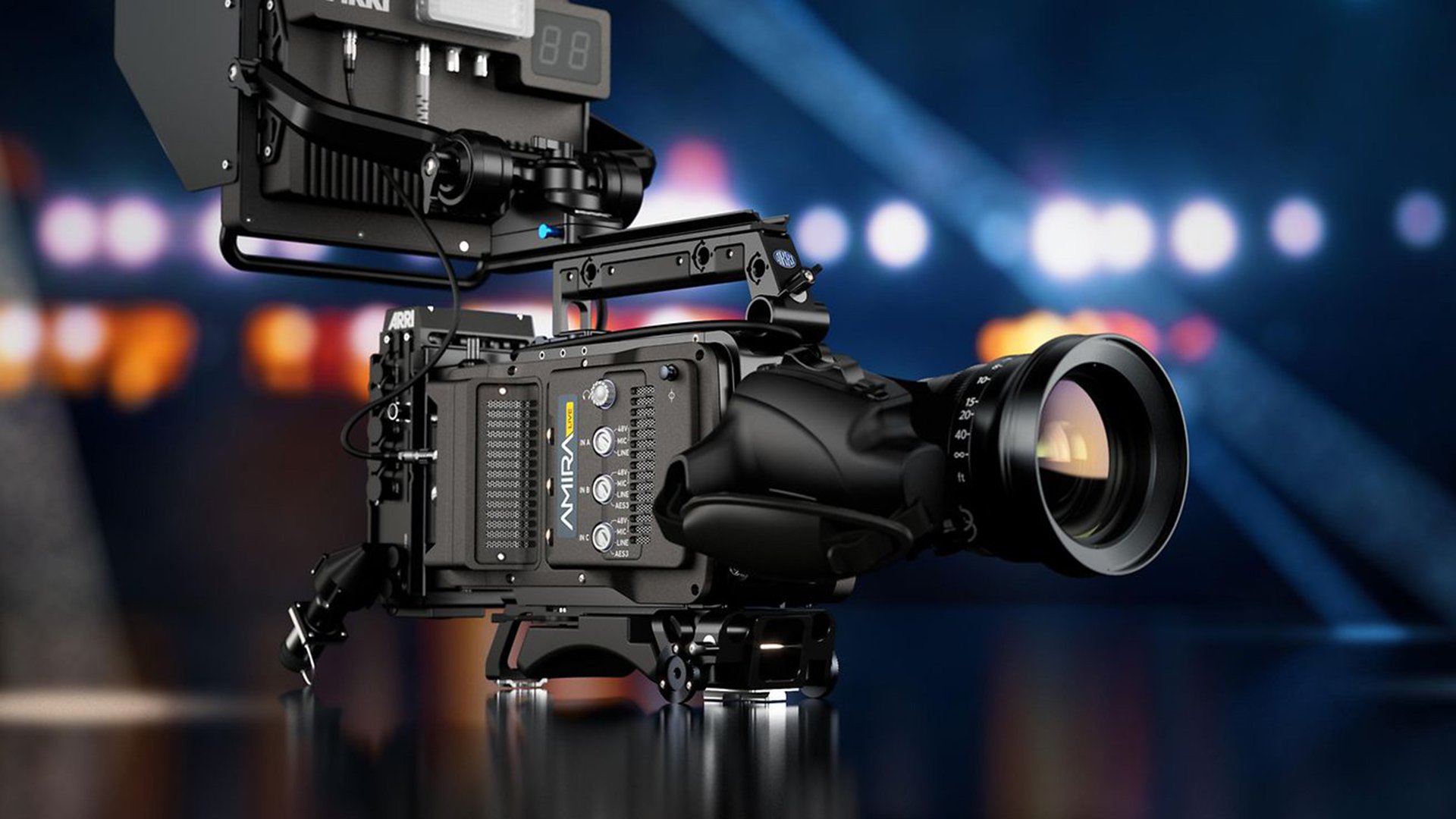 If you were to ask any number of cinematographers about cinema cameras ARRI is always near the top of their wish list. The ARRI AMIRA Live takes ARRI in a whole new direction. ARRI has a version of its AMIRA, called the AMIRA Live, for live television and studio production. The camera gives a new look and feel to live productions. The AMIRA Live uses the ALEV III S35 sensor (which is also used in the ALEXA), giving around 14 stops of dynamic range. It can both record images in-camera or be used to transmit live as part of a full multi-camera studio set. 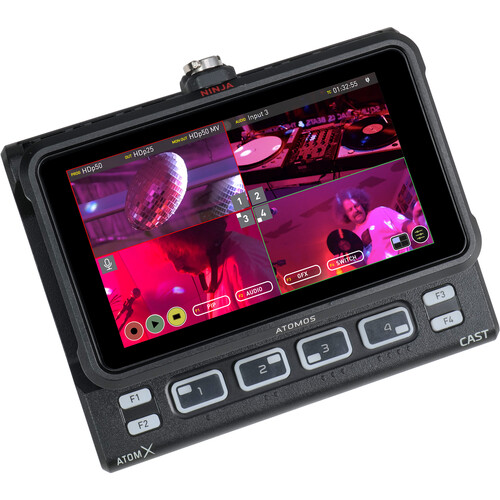 Building off their enormous success in the monitor recorder space, Atomos unleashes the AtomX Cast. Live Switching & Streaming for Ninja V with AtomX CAST. AtomX CAST is a modular companion for the Atomos Ninja V monitor-recorder that uses the AtomX expansion port on the Ninja V to transform it into an advanced multi-input switcher.

The combination of the Ninja V and AtomX CAST becomes the Ninja CAST, a fully functional stand-alone switcher, multiview monitor and broadcast quality recorder that does not require a computer to function. With a high quality 5” HDR touchscreen monitor, 4 x HDMI inputs and physical buttons, the Ninja CAST is the ultimate portable live switching and streaming solution. 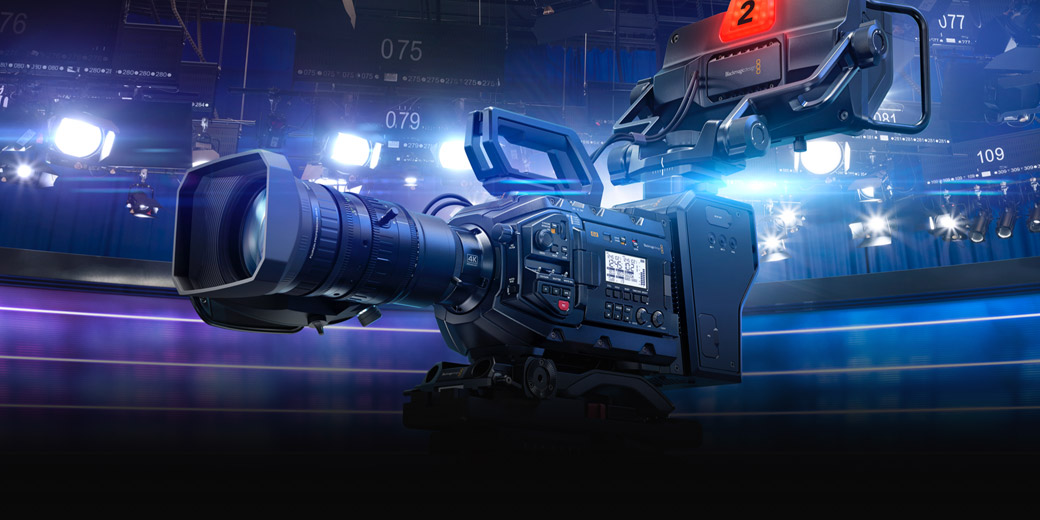 The new Blackmagic URSA Broadcast G2 is an incredibly powerful camera designed for both traditional and online broadcasters. The three cameras in one design allows it to work as a 4K production camera, a 4K studio camera or a 6K digital film camera! You can record to common SD cards, UHS-II cards, CFast 2.0 cards or external USB disks, using common file formats such as H.265, ProRes and Blackmagic RAW. 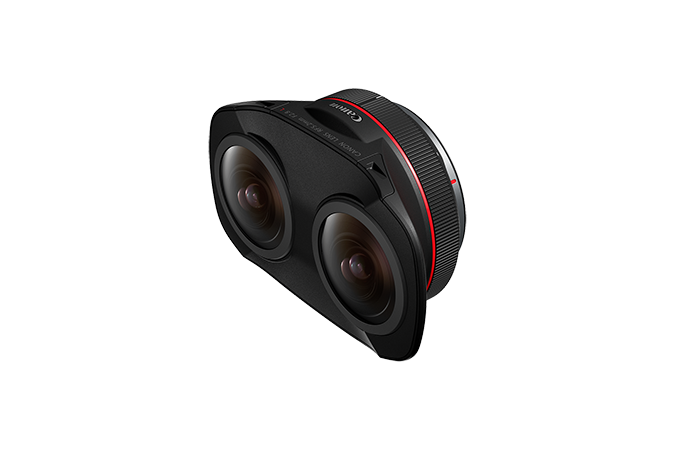 When it comes to innovation in cameras, lenses or technology, there are not too many companies that can compare to Canon. As part of the EOS VR System, this lens paired with the EOS R5 updated with firmware 1.5.0 or higher and with one of Canon's VR software solutions you can create immersive 3D that can be experienced when viewed on compatible head mount displays including the Oculus Quest 2 and more.

Viewers will be able to take in the scene with a vivid, wide field of view by simply moving their head. This is the world's first digital interchangeable lens that can capture stereoscopic 3D 180° VR imagery to a single image sensor. 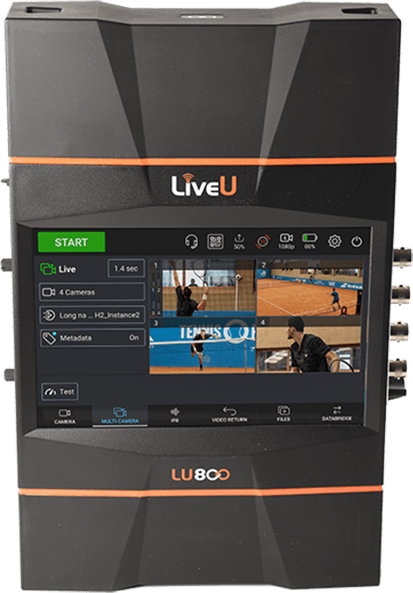 The LU800 Pro4Is one of those innovative products that really caught our eye.

The LU800 combines multi-camera production and mission-critical transmission with superior video and audio capabilities in a native 5G unit. As reliable as satellite/fiber, the LU800 offers a highly cost-effective solution for complex remote productions. 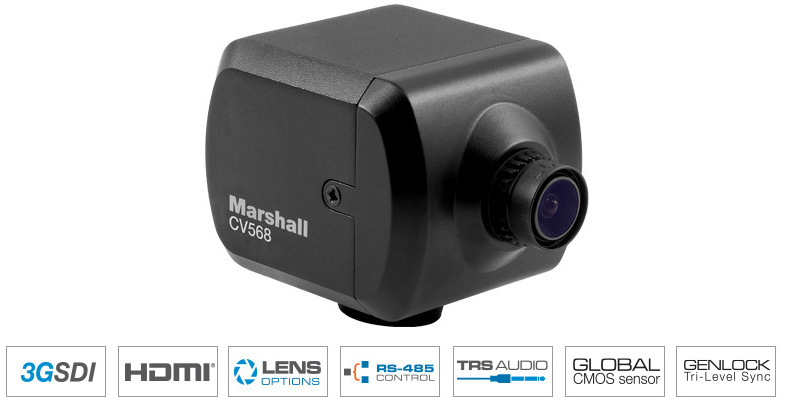 The miniature HD Camera with Global Shutter and Genlock Sync features is built around an impressive 1/1.8" Sony global sensor with 25% larger pixels and interchangeable M12 lens mount (comes with a 4.4mm - 84°) making this one of the most capable POV cameras in the miniature camera lineup. 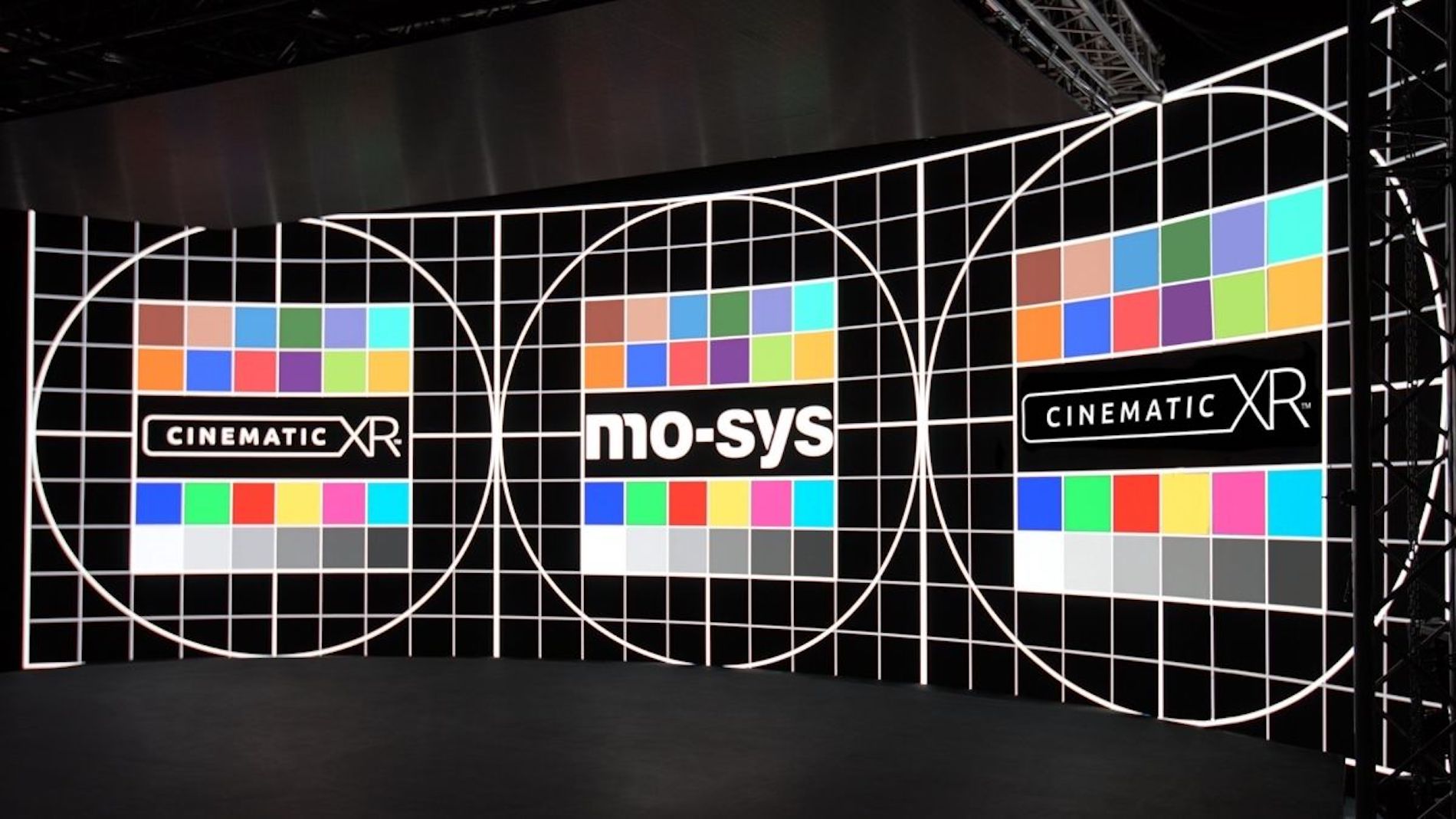 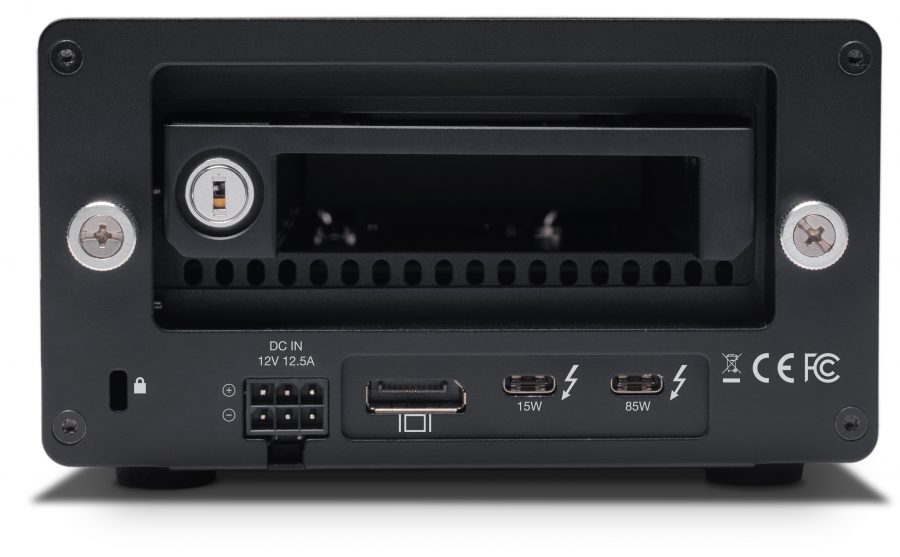 The holy trinity of data storage requirements in the production-to-lab workflow is transformed by the U.2 NVMe Interchange System and its application for the Mercury Helios 3S. By combining a locking drive bay and removable tray, the U.2 NVMe Interchange System turns the Mercury Helios 3S PCIe Expansion chassis (sold separately) into a time and money-saving swappable U.2 NVMe SSD storage solution for high-performance film production requirements. 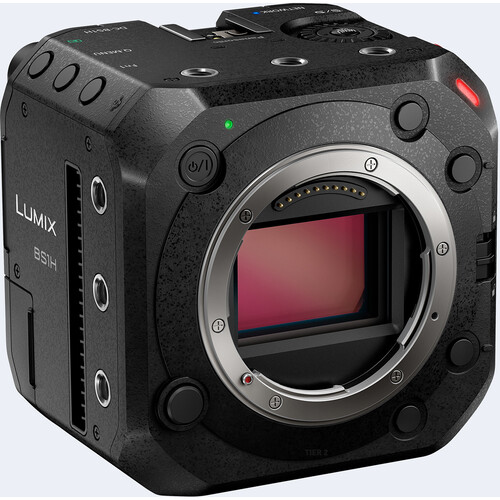 The Panasonic Lumix BS1H Box Cinema Camera is a modular digital cinema camera with a small form-factor that bellies its full-frame sensor. It features a 24.2MP sensor, a Leica L lens mount, and a wide 14+-stop dynamic range to accommodate extreme lighting changes when recording in V-Log. It records video with resolutions up to 5.9K as well as C4K (4096 x 2160) and UHD4K, and it incorporates VariCam Look workflows. 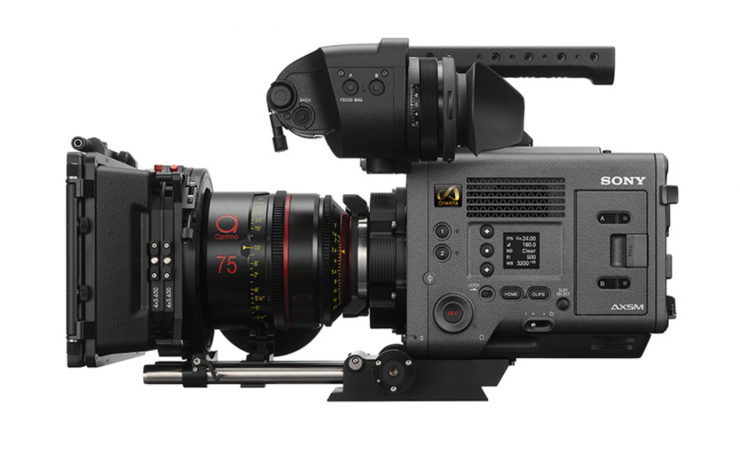 With the ink still wet on the press release, Sony comes storming out of the gate with the brand new VENICE 2. The Venice 2 builds on what is found in the original Venice —such as the color science, Dual Base ISO, and 8-stops of built-in neutral density (ND) filters—and focuses on a few areas of targeted improvement. It has a more compact design, internal recording, and the option for two different sensors: the new 8.6K sensor or the original 6K Venice Sensor.

Specifically with the new 8.6K sensor (8640 x 5760), Sony says that the Venice 2 offers 16-stops of total latitude in dynamic range, which is one more stop over the 6K sensor. The company says that combined with the color science of the original Venice, the new sensor can capture images and skin tones with excellent color separation and shadow detail. 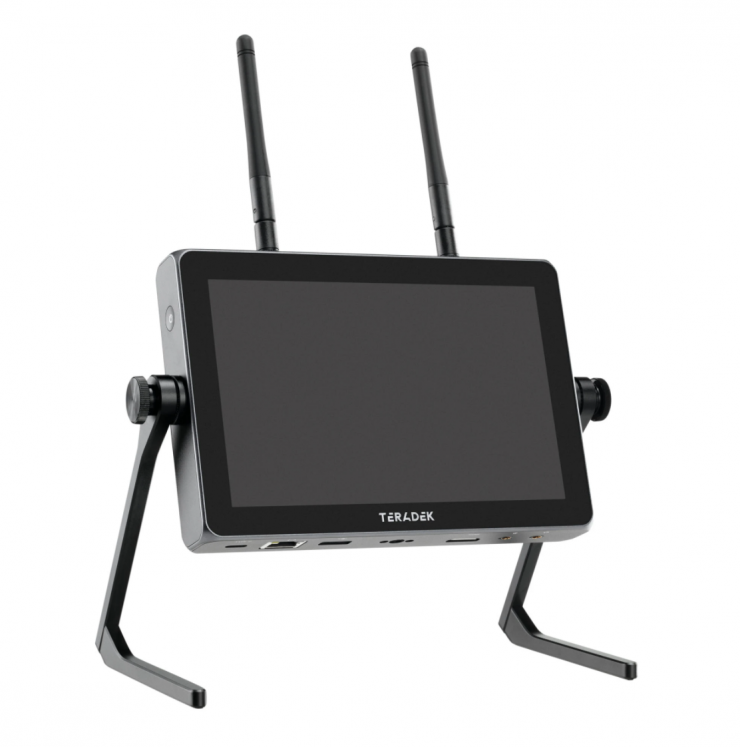 The Teradek Wave Touchscreen Smart Streaming Monitor-Encoder is currently the only livestreaming monitor built to handle everything from encoding and smart event creation, to network bonding, multi-streaming, and recording.

This 5-in-1 streaming monitor boasts a seven-inch daylight-viewable touchscreen display, which makes workflows more seamless and versatile than ever. It streams to platforms like YouTube, Facebook, and Vimeo. Also, the Teradek Wave monitor’s new FlowOS project workflow lets you prepare numerous events before they occur.

The Cinema DFM is an incredibly small, behind-the-lens filter system that is designed to deliver incredible color neutrality and speed. With DSMC2 , DSMC1 , KOMODO and RAPTOR compatibility, the same filters are interchangeable between different cameras. The core elements such as the front and rear flanges are machined from titanium, and the main body is machined from aluminum. The result is an ultralight, ultra-compact filter system.

The feature rich, future proof and flexible MX Hybrid will serve the production needs of government, broadcast, live events, and visual radio users–well into the future with its hybrid input configuration and video format agnostic support.

Designed specifically for the demanding needs of post production professionals, RX 9 Advanced allows for full control over your audio with even further updates. The new version of Dialogue Isolate makes it easier than ever to extract clean dialogue from its environment, without artifacts, while the new Complex mode in Ambience Match seamlessly connects dialogue and ADR cuts with real background movement and textures—all with multichannel support up to Dolby Atmos 7.1.2.

Nikon's first mirrorless flagship camera, the Z9, which brings a wealth of speed, resolution, and connectivity to its Z platform. Characterized by a professional-grade body, fast and intelligent autofocus performance, shooting up to 30 fps, and 8K video recording, the Z 9 is a well-rounded tool for working photographers and filmmakers. 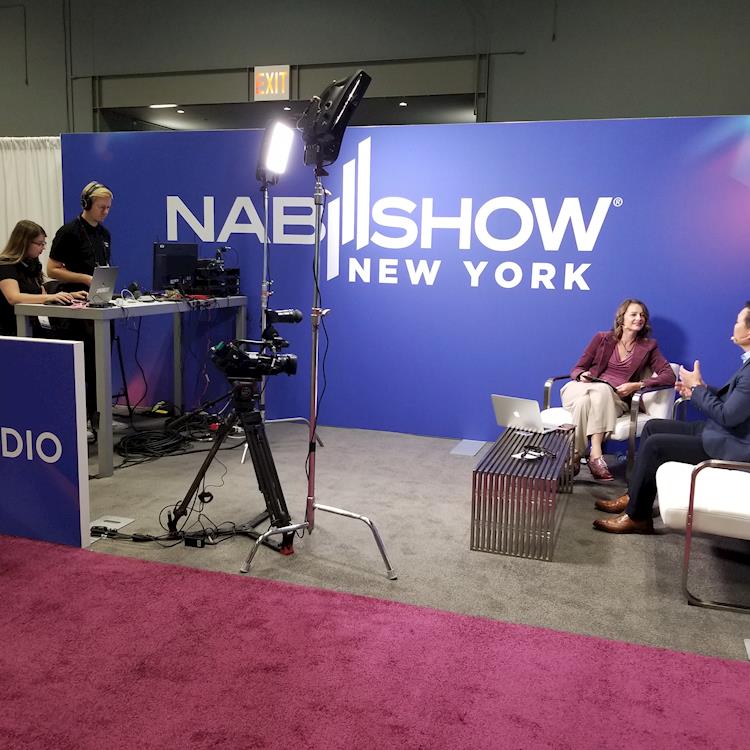 The 2022 NAB NY Show Shines in the Big Apple

This year NAB NY was back and in a bigger way then many in the industry expected. As with a lot of you, I had more than a few questions leading up to the show about who was going to attend, as well as how many attendees and exhibitors there might be. To be honest, I think those were some pretty fair questions given that there had not been a NAB show in NY in three years. I in for a real surprise. 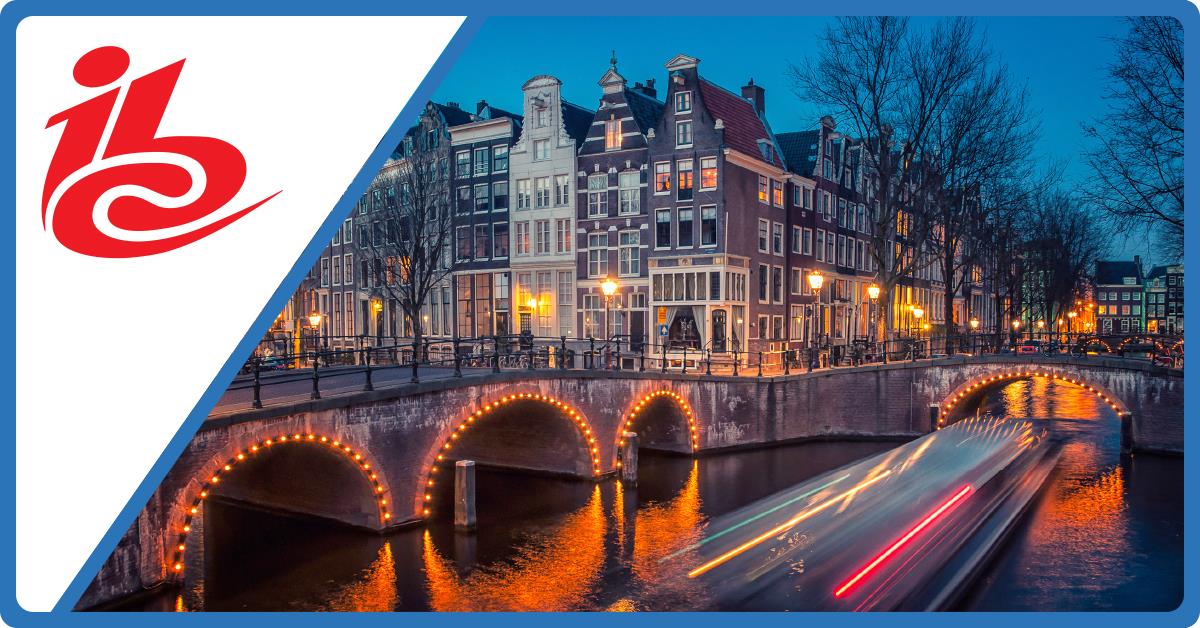 IBC Show 2022 Amsterdam: Back in the Saddle

With the recent success of IBC 2022, it's safe to say that the production community is close to being back in full form — maybe not full speed — but certainly moving in the right direction. There is, however, a noticeable and encouraging uptick in all parts of the business. While we know that some productions and services didn’t miss a beat, there were many others that weren't as fortunate. 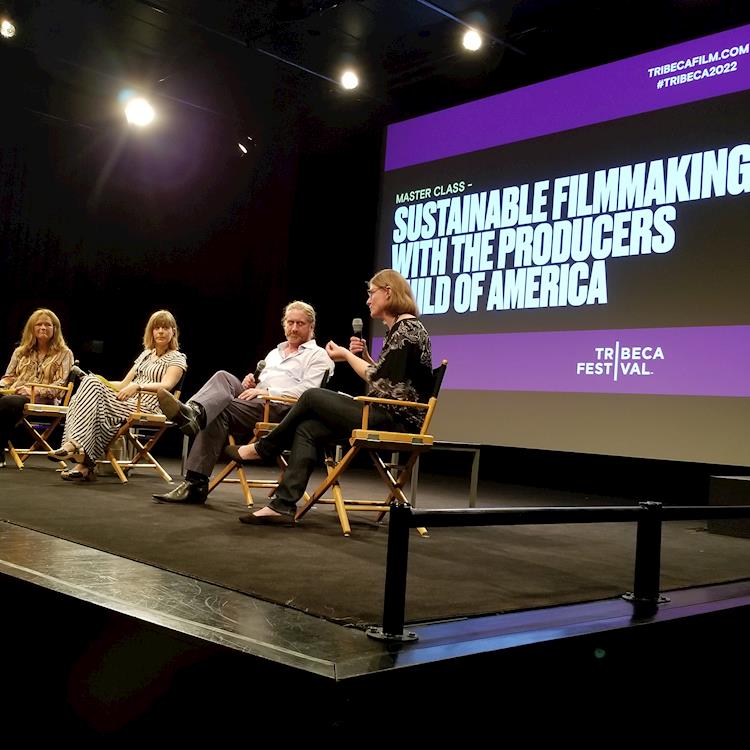 The Art of Pivoting & Why It's Critical in Production
Become a Contributor
Recent Blog Posts
The ProductionHUB Holiday Gift Guide: Part 2 Reading Between The Lines With Context Essential Filmmaking Techniques to Master Early On Anatomy of a Scene: Darius Holbert on An American Requiem: Elegy for the West DP Ludovica Isidori Shares her Work on Critically-Acclaimed TIFF Film "Sanctuary"
Become a Contributor