Significant Others, the creative finishing arm of UK-based creative editorial company Final Cut, is a bi-coastal collective of visual effects artists and other creatives specializing in commercial finishing. Best known for its commercial work, Significant Others also has a penchant and talent for finishing feature films, including the Academy Award-winning film “Moonlight.” We got the chance to speak with Producer Alek Rost about his experience working on the film, including what it was like to collaborate with Director Barry Jenkins and the tools his team used to give the film its unique look.

Q: Please summarize the work you handled on “Moonlight.”

A: We were responsible for executing invisible visual effects for 25 shots essential to advancing the story.

A: Working with Barry was a genuine and unique experience. He's a very collaborative guy in that he would always pitch his ideas and vision for how he sees things, but also really value and consider our creative input. Something else that stood out about him was his humility - he was constantly grateful for the work we brought to the table and always thankful for our contribution. You can tell he's one of a kind, and a really refreshing personality in today’s entertainment world.

Q: Please provide an overview of the tools that made up your end-to-end workflow.

A: The tool we used to execute our visual effects was Flame, but one large workflow advantage we had with being able to work efficiently is our close proximity and relationship to our color grading partners, Color Collective. Since Color Collective was responsible for the grade on Moonlight, we were able to give and receive shots from color very quickly. Our servers live right next to each other in the same space and that helps to foster a collaborative working relationship, as well as give Barry the ability to review shots with the proper looks on them in a time-efficient manner.

Q: How’d you first get introduced to Flame?

I came across Flame at the start of my career. I was training to become a VFX artist, and started to familiarize myself with the toolset, when I was approached by my mentor with an opportunity to produce, which I couldn’t turn down. It was a great opportunity and ultimately an interesting transition because the rudimentary amount of Flame knowledge I acquired in that short time helped me better understand how it could augment the production workflow.

Q: What role did Flame play in your work on “Moonlight?”

A: Maintaining emotional continuity throughout the film was key, which meant one of our VFX artists, Betty Cameron, spent a lot of time creating invisible effects to achieve this, and Flame played a part in that. The project also generally involved a lot of back and forth, and Flame made it easy to collaborate. We could quickly output our shots and put them up onto a posting for the director to review. As he was providing notes, we were able to look at everything in real-time in Flame – whether playing content back or reviewing individual effects in our schematic – and make adjustments on the fly. Overall, Flame gives us incredible flexibility to adapt. We're seeing so many new media formats and creative challenges that involve us using mixed media. Being able to work with all these different camera formats, frame rates and resolutions in Flame is really helpful and efficient.

Looking specifically at scenes, we used it extensively in the opening tracking shot, a street drug deal transaction involving one of the main characters. Our charter was to make it to feel hand held, natural, with nothing detracting from the shot. We had to keep in mind the overall aesthetic that the director was going for and not affect anything around this character, but bring him back into focus. This was important because what we learned about the character and who he would become throughout the story was informed through our work on this first scene.

In such a long tracking move, there were moments when the focus of the camera would shift away from our character to the surrounding environment, and one of our toughest challenges was finding a way to bring the character back into focus. We were able to do that in the Flame toolset, using a combination of sharpening, graining and de-graining, and removing noise, as well as adding camera grain, particulars and specific looks of the shot back onto to it. This made the footage appear natural or minimally touched to anyone with a keen eye.

In another scene toward the end of the film, Chiron or “Black,” looks across a parking lot toward the ocean, reflecting on past and current events, which plays a symbolic role from the point where he interacts with another boy and starts to recognize his own sexual identity so to speak. From a symbolic standpoint, the ocean helps bring the story full circle. The scene was shot at night when it was very dark and from Chiron’s perspective, the ocean wasn't visible, so we had to find a way to composite the ocean into the shot. We were able achieve this by integrating waves and slight movement on the water quickly and seamlessly in Flame. Flame made it easy to go back and forth with the colorists to make sure we hit all the necessary marks so that he would to be able to bring back as much detail as he possibly could when he was doing the final master grade.

Q: What is your biggest takeaway from working on “Moonlight,” and how has your work on the film impacted business?

A: Our biggest takeaway from working on Moonlight was having the opportunity to play a small role in a film that had a very large impact, a film that had the ability to resonate with so many people on a variety of different levels. We've been lucky in that Moonlight has brought us other opportunities with A24 as well as other feature films on Netflix.

Q: Having worked on both commercials and feature films, what do you think is the biggest difference between the two?

A: In commercial work, you tend to come across a lot of cleanup that's invisible, sort of like what we did on ‘Moonlight.’ The nice thing about working on features is that they usually have a deeper message, something that people can relate to that’s not necessarily trying to sell a product. It was a passion project that we saw Barry was very excited about and his whole team wanted to get onboard with him because it just had a good message.

Q: What’s next for Significant Others?

A: We hope to continue our work on a variety of features, commercials and TV-based pieces of content, as well as grow and foster our relationship with Color Collective.

Moonlight, © 2016 A24. Image courtesy of Significant Others. 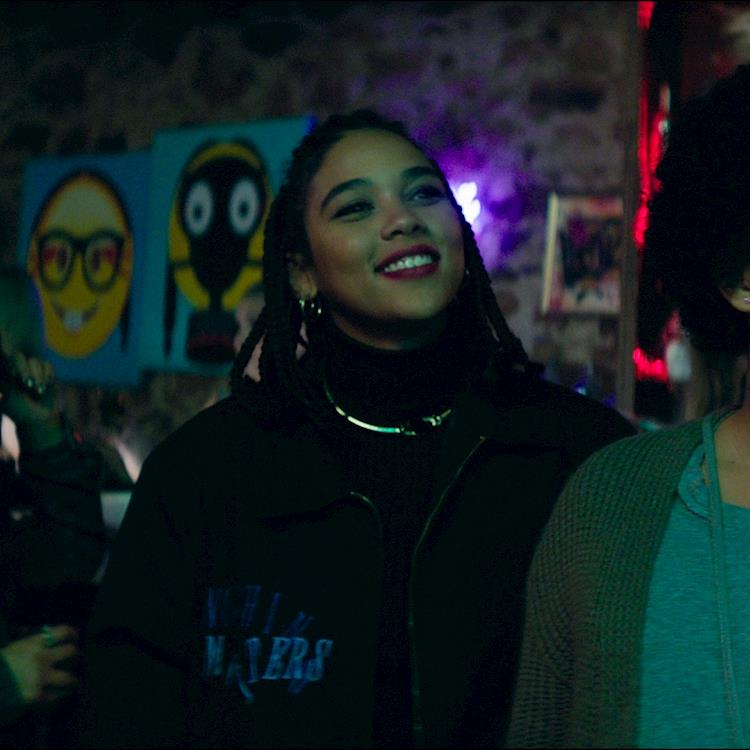 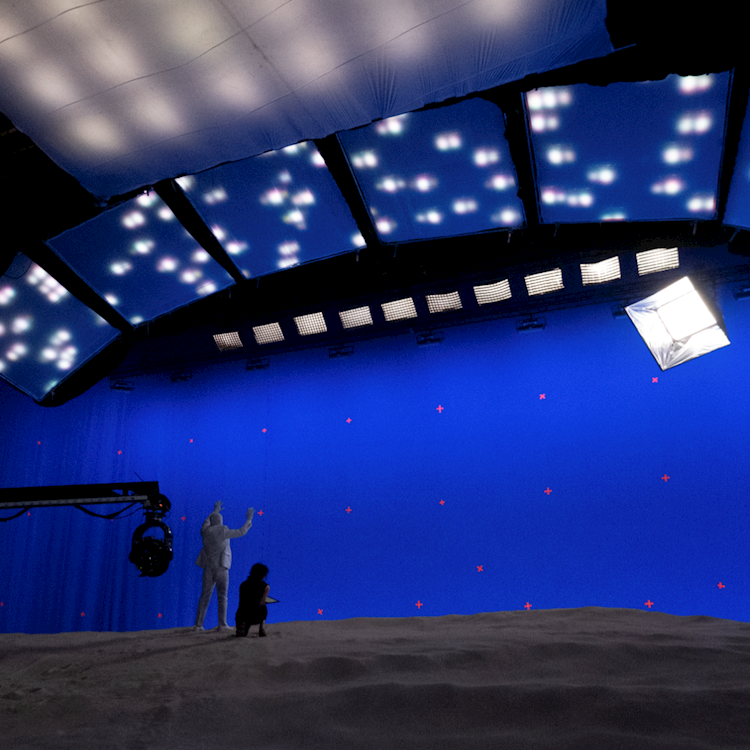 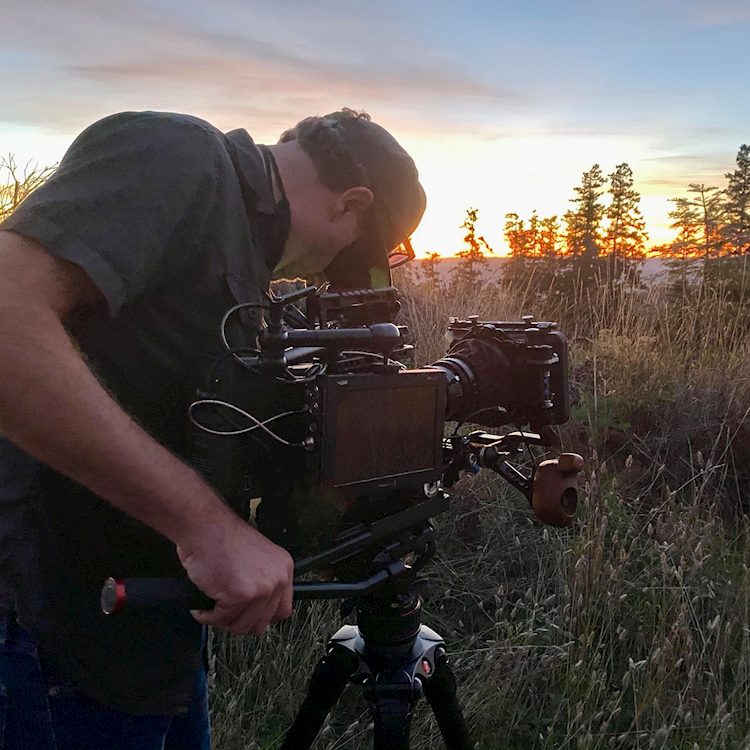