Car lots, playgrounds, industrial plants – the list goes on. To cover the required area you needed anywhere from several to hundreds of fixed, wide-angle lens cameras, each displaying on a monitor, with one person watching for anything untoward to unfold.

Put a few cameras with zoom lenses on motorized heads that can pan and tilt, and voila, the PTZ camera was born. That combination, followed soon after by motion sensors that could pan, tilt and zoom any camera to an area of activity, defined an evolving technology that’s progressed way beyond surveillance.

While early PTZ security cameras typically had one speed of motion for both ‘patrolling’ and for moving to active areas, current cameras support multiple speeds with coordinated X/Y/Z pan and tilt to provide production-worthy camera moves. 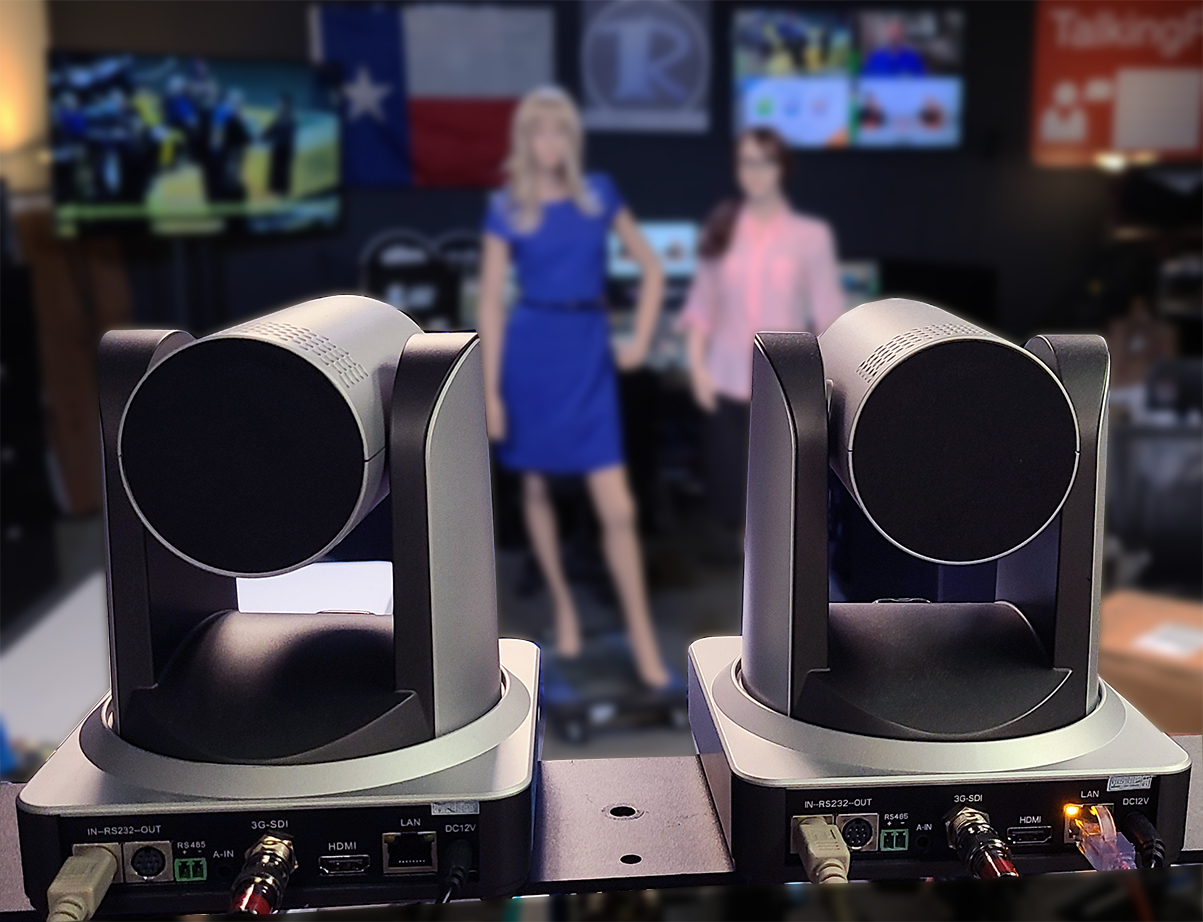 The cameras themselves have likewise evolved in image quality and low light capability, making them excellent candidates for ancillary camera support in a manned multi-camera shoot, or as a viable alternative to fixed cameras and camera operators.

PTZ cameras are now available with 1” sensors with increased resolution and low light sensitivity, which introduces the currently much-desired “bokeh” effect in productions. This effect is achieved by using a wider aperture in low light to create a shallower depth of field. In other words, a soft focus background when the subject is well-focused.

Many who have harbored an extended prejudice against using PTZ cameras due to light limitations and resolution should have a look at current offerings from many manufacturers, including Sony, Panasonic, Bird Dog and others. The cameras deliver 4K resolution with large imaging sensors and should be considered worthy of revisiting when upgrading or outfitting a facility or remote production unit.

One of the primary benefits of PTZ cameras is the ability to store and recall multiple user-defined presets. Some available controllers store and recall presets using buttons, while others provide informative customizable selection buttons that are particularly useful on a touch screen interface.

But taking advantage of three-axis camera motion isn’t relegated only to PTZ cameras. Because the ‘cinema look’ is now so popular in all levels of production, many are interested in production cameras from several manufacturers that offer multiple model choices. Always popular because of their price/performance value are those from Blackmagic Design, including the Micro Studio, Pocket Cinema, URSA and Studio models, all supporting interchangeable lenses from many manufacturers. Also accommodated  are higher-end cinema cameras from Canon, Sony, ARRI and RED. 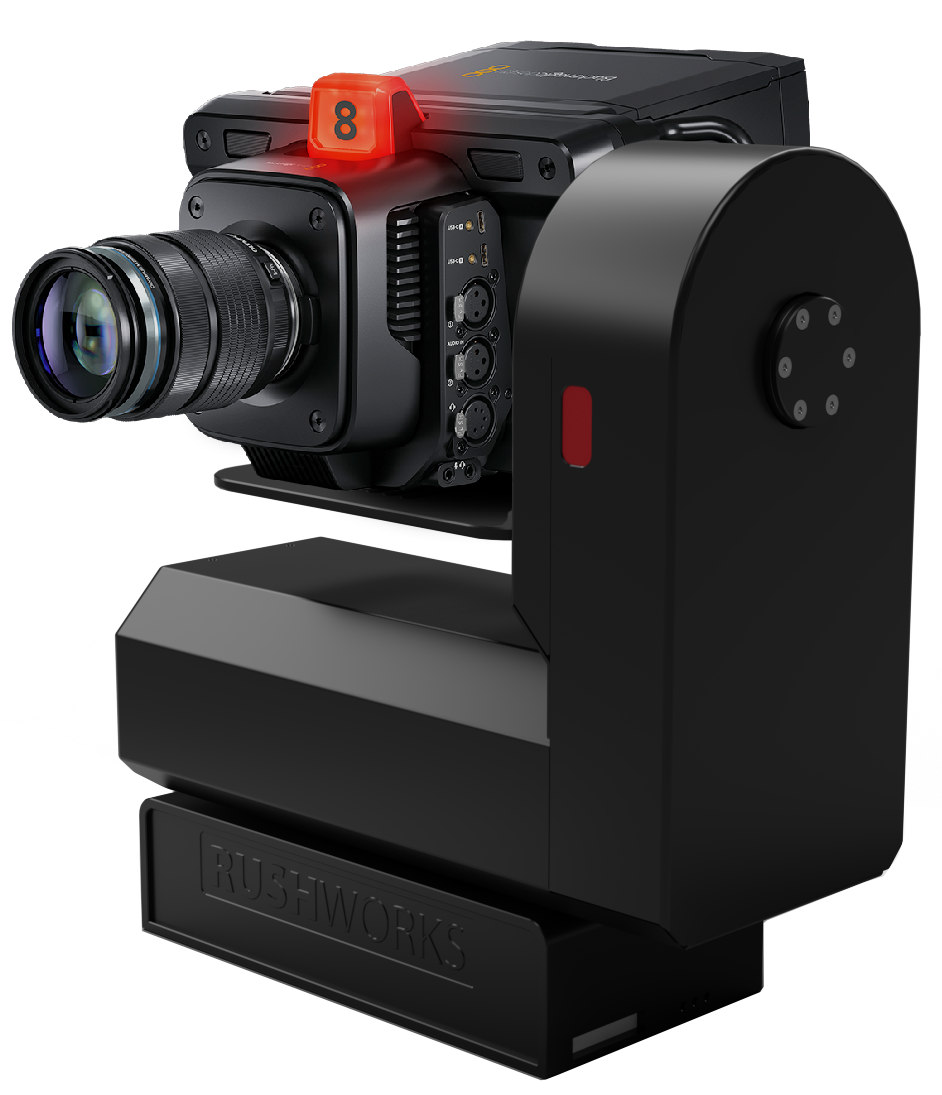 There are useful alternatives that allow these cameras to be configured for full pan, tilt and zoom integration, thereby providing a ‘best of all worlds’ scenario for many producers. One example is the PTX Universal Pan/Tilt head that has been used in many production sectors for nearly four years. The newest model, available in Q4 of this year, accommodates virtually any manufacturer/model of camera and lens and responds to VISCA over IP or serial control available from many joystick-based camera controllers.

The ‘grail’ for many producers is to achieve a level of precision and control from a robotic camera/head that matches that of an experienced camera operator using a high quality fluid tripod head. That level of control, evidenced in the quality of a ‘motion preset’, means that it’s finally possible to achieve the highest level of production quality, utilizing the advantages offered by robotics and eliminating the dependency, in many cases, on volunteers not trained or highly skilled as traditional camera operators.

One of the key elements of achieving that production ‘grail’ is putting cameras in motion, which further means not only having unmatched control of motion presets – with Start, Move Speed and Stop positions created, saved and recalled to a single button for execution – but also combining those three motion axes with the fourth, and most important one: dolly travel.

All producers recognize that a camera in motion, albeit very subtle, is the key ingredient in making visual production magic. That’s why dollies, booms, jib arms and motion rails are considered essential for many productions. The same company that offers the PTX pan/tilt head also offers a track-based dolly, with preset software that lets the user specify the Start, Move Speed and Stop positions on all FOUR axes, and assigned to a single preset button for execution.

This clearly demonstrates the power of robotics to enhance all production, from a single camera to a multi-camera event.

So whether you’re looking for a simple but highly refined feature set in current PTZ camera technology, or pursuing the Grail of integrated presets with cameras in motion using your favorite camera, it’s all out there and available for your consideration.

Print it! That’s a wrap.