The action-adventure video game market as we knew it changed forever when the sci-fi game Quantum Break was released worldwide in April this year. Developed by Remedy Entertainment, published by Microsoft Studios and produced by Lifeboat Productions, Quantum Break is a unique blend of traditional third person interactive gameplay and an integrated live-action television show featuring the actual actors of the characters whose outcome is affected by the player’s choices throughout the game.

Available for Xbox One and Microsoft Windows users, the story follows protagonist Jack Joyce attempting to save the world with his time manipulation powers. Due to the multiple outcomes of the game over a series of events and time scales, extensive post production work had to take place in order to retain consistency with the story throughout the television show. Juan Ignacio Cabrera is the first, as well as most experienced SGO Mistika operator living in the U.S. and one of the top in the world, who previously worked as a colourist and Stereo 3D Supervisor at the prestigious J.J. Abrams’ production company, Bad Robot and now owns his own studio, LightBender. Juan talks us through how he used SGO’s Mistika to overcome any challenges that Quantum Break’s unique format of television brought to the show’s post production process.

For over a decade I’ve used SGO’s Mistika to work on both 2D and 3D blockbusters across broadcast and cinema, including titles such as Star Wars: Episode VII - The Force Awakens, Transformers: Age of Extinction, Star Trek: Into Darkness, Beneath, The Amazing Spider-Man and Prometheus as well as TV shows such as Chosen and the upcoming StartUp.

Working on Quantum Break appealed to me straight away because of its technical challenges. I have three Mistikas at LightBender and we use them for a variety of projects, but this was the first time I’ve worked on such a unique gaming project that’s so different from any other. They started shooting in February last year (2015) and it took approximately eight months to deliver the final cut, using Mistika to review VFX and serve as a hub for conforming and versioning. 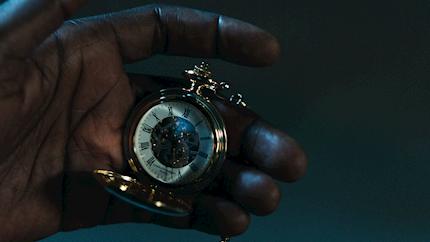 Quantum Break was interesting because it’s still a product that needs colour grading but built into the whole concept of a video game. This means there isn’t one set story line, the actual story changes multiple times when you start playing the game, so it is imperative I came up with a workflow that we could work effectively across all the different scenarios.

I worked as the VFX Supervisor and colourist on the project, and I built a team of over forty people in three different countries. What made this project unique is the fact that it relied so heavily on the gameplay of the user in an active timeline of events. As far as I know, it’s the first thing that’s ever been done at this scale. It required a great deal of VFX, very complex visuals, and a huge amount of planification and accuracy.

One of the things I like to do as a Colorist is to get involved from the Pre-Production. In this case I was in a really great position, being the VFX Supervisor of the show too, as that allowed me to be present from the first script draft. I was able to discuss the way it looked not only with the director, but also with the game developers and all the creative teams involved. That helped me create a more solid set of looks that made sense from the very beginning and were intimately connected with the videogame itself. Even though we knew how the world was supposed to look, it took a bit of time to sort all of this peripheral action, design interfaces, concepts and VFX to match. One of my favourite challenges for VFX is that the protagonist character is able to freeze scenes. There are ‘time stutters’ where scenes stop and the player can move around a world that is totally frozen. To make this more realistic and organic, these scenes were shot on a handheld camera instead of motion control which produced a ‘shocking’ and ‘off balance’ look to it. 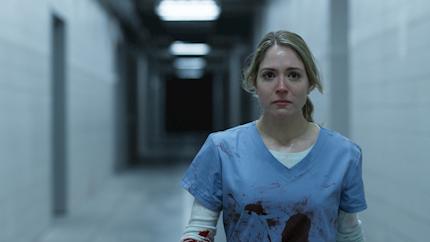 One of the trickiest concepts of the project was the freedom of choice of the player. After each section of the game (and during it) the player faces certain decisions. Those decisions would ultimately affect the episode of the show they will see and some of these could potentially be very dramatic changes. Using Mistika helped re-conform really quickly as you can go through chunks of the four episodes with all options open, cutting them all in together at the end. Mistika allows for a full timeline with the main narrative displayed alongside all the different variations, making it easy to render all together.

All of these particularities provided a very intense scenario for editorial, so in the hope of giving them as much time as possible to polish, I made the decision to start the Color Grading before the timelines were locked. Mistika allowed us not only to get a feeling of the scenes, but we could trace each episode back to before we had the final episode. This made the re-conform process really easy. Previously every change would take a lot of time and money, but with Mistika you’re not afraid of making these changes.

The whole show was shot on Alexa XT, using the latest firmware in ProRes 4444 XQ files, however the Mistika did not support this file type at the time. I sent a couple of the files over to the SGO team in Spain and within a couple of weeks they developed the support for the files within the system. 16bit TIFF files were then created for the VFX from the original ProRes 4444 XQ files, since ProRes XQ is a 12-bit format and we wanted to make sure we would preserve the latitude. 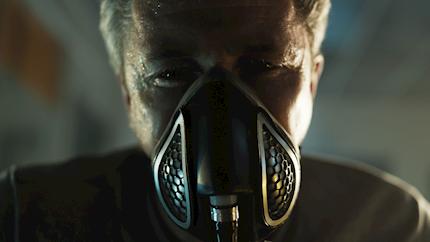 Alongside its speed, the main reason I use Mistika is because of the technical freedom and creativity it allows me. I’ve always been very technical in my career, thinking outside of the box, and I love to do things a little differently. Mistika works with all its tools in customisable ways for a fully artistic purpose, not tied up into rigid structures. For me, it’s the most versatile tool in the market. It doesn’t matter how crazy the project is and what range of tools are needed. Mistika always allows me to do whatever I need, and Quantum Break was the perfect project to show just that.