Sony kicked off this year’s Tour de France, which started Saturday, July 5th, with a sheep’s point of view of the early stages of the race.  It is doubtful Sony’s thirst for publicity will translate into the inspiring footage that Felix Baumgartner’s jump from space produced.  However, will the gonzo video production still assert Sony’s struggle to remain relevant in the camcorder market? 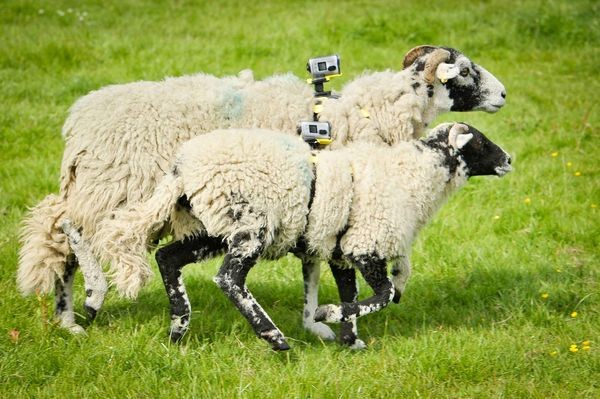 For the very early stage of the race, Sony outfitted five sheep with its latest AS100VR Action Cams, complete with waterproof features and image stabilization capacity.  Sony then handed over the keys to local shepherd, Ian Hammond, to remotely control the cameras atop his flock.  Attached using a modified dog harness, Sony hopes to catch a very unorthodox perspective of the Yorkshire leg of the Tour de France.

The source for Sony’s idea may have originated in the viral video of the eagle wearing a GoPro flying through the French Alps.  The brilliance behind that video production effort won over 5 million views on YouTube.  In a market that’s now dominated and synonymous with GoPro, Sony would probably be quite happy to just slightly cut into this market share of eyeballs.  But how does a publicity stunt involving sheep achieve this goal?
The sheep were slated to take footage of the race on July 5th, as the cyclists passed through Yorkshire, specifically between Ripon and Ripley, before finishing the stage in Harrogate.  It’s unknown how Mr. Hammond will persuade the sheep to meander in the proper direction when it’s time for “lights, camera, action.”  Regardless, some would say that Sony’s plan is already working like a charm, as the camera toting sheep have already garnered healthy amounts of media attention. 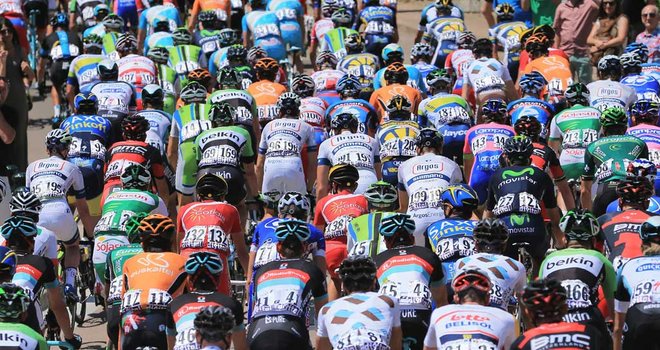 Sony’s more substantial goal of edging into a market dominated by GoPro is an uphill climb, much like the Tour de France competitors face.  Although the AS100VR is competitively priced at $400, has a longer battery life than the GoPro Hero3, and sports a ton of other accessories, Sony has to compete against GoPro’s nearly total victory by way of generic trademark.  Much like people refer to cotton swabs as “Q-Tips” or any sweet, bubbly beverage as “Coke”, GoPro has achieved branding alchemy.

Ultimately, Sony wants to showcase the AS100VR’s ruggedness and image stabilization abilities.  This is yet to be seen, as footage from the sheep has yet to be released.  If and when the footage is released, it should tell the tale of the tape, or at worst, the tail of the sheep.

Matt Thames is blogger and Brand Manager for Selby Acoustics. He enjoys writing  about television and entertainment tips and news.