With a career that spans back to his days in recording more than a decade ago, Production Sound Mixer José Frías has long-held a love for the audio industry. Although he got his start in music, he’s held many different audio production roles, which has led to his working on projects for high-profile clients, such as Motorola, IBM, ESPN, Time Magazine and more.

He shares his story in this latest installment of the DPA “Sound Insight” Q&A.

PH: How did you get your start as a sound mixer?

JF: I got my start as a production sound mixer about eight years ago. After working in the music industry for a few years, I decided to go back to school to explore other aspects of sound. While finishing my degree, an opportunity to work as a boom operator on a student film fell into my lap. The rest was history.

PH: Please tell us about your background and your career, including any notable/favorite projects or any awards you have won for your work.

JF: I first started in sound as a recording engineer for indie artists and musicians in the mid-2000s. After trying live sound, game sound, computer programming and post-production sound, I discovered production sound – and have felt at-home ever since.

During my time as a production sound mixer, I’ve had the good fortune to work in a wide variety of projects, ranging from indie features to docu-series to commercials and more. Some past work I’m very proud of includes the reality TV show Fire Island; Motorola’s MOTO Reissued branding campaign – featuring graffiti artist Futura; Time Magazine’s “2016 Person of the Year” interview; The Lion King on Broadway’s The Circle of Life in 360 and Aladdin on Broadway’s A Friend Like Me in 360 virtual reality experiences; IBM’s The Sounds of IBM immersive ASMR series; Ashe ‘68 virtual reality experience; and an upcoming ESPN documentary on retired NBA player and NBA Cares Ambassador, Felipe Lopez, to mention a few.

These days, along with all of my adventures as a production sound mixer, I also serve as a partner and head of production at Chapter Four, a full-service production company focused on immersive media.

PH: What’s the biggest project you have worked on in your career?

JF: I don’t know if it counts as the biggest project in my career, but most certainly one that holds a very special place for me from a creative, technical and historical perspective: Ashe ’68. This is a virtual reality experience about the first black tennis player to win the U.S. Open and premiered at last year’s U.S. Open in New York. It had its festival premiere at last year’s Sundance Film Festival as part of the New Frontier line-up.

This particular project was such a pleasure to work on due to the creative and technical challenges. We had to discreetly record, in sync, anywhere between one and seven actors, while simultaneously recoding as many sound effects, foley sounds, room tone, impulse responses and ambisonic sound recordings we could get our hands on. We wanted to supplement post with as much useful sonic information as we could. At the center of it all, were DPA’s 4060 and 4063 Miniature Omnidirectional Microphones, which served as the main tools to synchronously capturing the actors’ performances.

PH: How long have you been using DPA? When did you first start using DPA and why?

JF: I started using DPA mics around 2013, shortly after having read a very thorough article about Simon Hayes' use of them for Tom Hooper’s Les Miserables. I remembered having watched the movie and specifically noting how excellent the sound was. In this article, Simon praised the DPA lavalier mics for how close of a match they were to the company’s boom mics, and how the lavs played a key role in capturing every performance. I was sold! I had to try them out, so I bought a few 4060s and 4063s and I put them to use immediately on a TLC reality television show I was working on at the time. I was blown away by how much better they sounded than my other lavalier mics. I ended up replacing most of my lavalier mics with DPA and, soon after, added some DPA boom and gooseneck microphones to my kit.

PH: What productions or shows have you used DPA mics for? What DPA mics do you use?

On the Fire Island project, one challenge we had to overcome was that cast members would often end up shirtless, which was inevitable when you’re filming a show in a beach paradise. Initially, we considered using the off-the-shelf solution from DPA, the 4561 Necklace Microphones (now discontinued), but we opted to make custom necklace mic rigs so that we had more control over the way they looked. We collaborated with Rave from PerePaix Jewelry to build several necklace mics using the 4060 Miniature Omnidirectional Microphones. These made it possible to record sound in very difficult situations on this show.

PH: What are some of the challenges of miking for the projects you work on? How does using DPA help solve these challenges?

JF: The main challenge I face – whether it’s a scripted TV show, an unscripted documentary film, or a virtual reality experience – is making sure I’m able to capture the actor’s or subject’s performance during production as true and as transparently as possible. The microphones I use must be transparent, so a flat frequency response is a must. Additionally, with how dynamic the human voice can be, a low self-noise and wide dynamic range are a necessity for accommodating everything from a whisper to a scream (sometimes all within the same take). DPA produces the best microphones to meet these criteria.

PH: Tell us about your working style and some technical details about your daily workflow.

JF: I begin every project with a thorough conversation with the director or creator. My goal through these conversations is to fully understand the project, flesh out the creative goals and determine the technical requirements to achieve them. Once we’ve broken down some fundamental things – such as the number of cast members or subjects, locations, wardrobe, props, VFX, motion capture, etc. – I seek communication with the respective departments to accommodate the sound needs of the project. I also chat with the post department to establish workflow specs, including recording, sync, multi-tracking, metadata, mix for editorial, delivery, etc. Communication with post is a must, especially in more complex technical projects like in VR or AR. I find that the more time is spent in this stage, the more successful we are during production, and the better deliverables we give post.

On a day-to-day, my focus is figuring out the best way to capture sound for the scene or the action that we are tackling. Can it be achieved with just a boom mic or should I also wire someone? Can I stash a mic somewhere? Most times, I find myself problem-solving, particularly when figuring out how to make the location or environment work best (read: not be noisy). To me, technically, it is all about optimal microphone placement, with a transparent signal reproduction and signal-to-noise ratio. Creatively, it is about making sure that performances or real-life moments are captured.

PH: What future projects do you plan to use DPA mics on? Can you tell me a little bit about them?

JF: My company is currently developing a few interactive projects where we will likely use DPA microphones for sound recording, unfortunately I can’t mention any specifics at this point in time. However, I just finished production on an upcoming ESPN documentary on retired NBA player and NBA Cares Ambassador, Felipe Lopez. The project has been very special to me, both as a Dominican-born immigrant myself, as well as a basketball fan. To paint the picture: the very first professional basketball game I ever attended was a pre-season exhibition match between the Miami Heat and the Minnesota Timberwolves (the team on which Felipe played at the time) back in 2002 in the Dominican Republic. I remember that day perfectly – the Dominican-filled crowd cheered non-stop for Felipe, and the Timberwolves won the game. To work on a documentary about him nearly 20 years later feels like fate, and it will forever hold a very special place in my heart.

I wouldn’t have been able to capture all the vérité moments without the 4063 lavalier mic and the d:dicate 4017B shotgun microphones.

PH: Where do you see the audio industry for TV and film going in the next five years? Do you see any major trends that will affect how you work in the future?

JF: This is a tough question, and I don’t know that I have the right answer. It’s sometimes hard to see what lies ahead when you’re right in the middle of it, but I see and hope for growth both in the tools we use and in our creativity in how we use them. The language of filmmaking continues to evolve in such an impressive way, producing some breath-taking dynamic stories and cinematic styles. These can present a challenge to the sound department and how we are able to do our jobs, but I do believe that there are some creative solutions that can be achieved, especially when you have the entire crew on your side.

I think we will see more content that continues to push the boundaries, requiring the innovative deployment of boom, lav and plant mics. Higher multi-track count will probably become more widespread – and I’m not talking eight to 12 tracks, but upwards of 20 and 30 tracks. I do also hope to see bigger sound departments to help accommodate these new challenges. 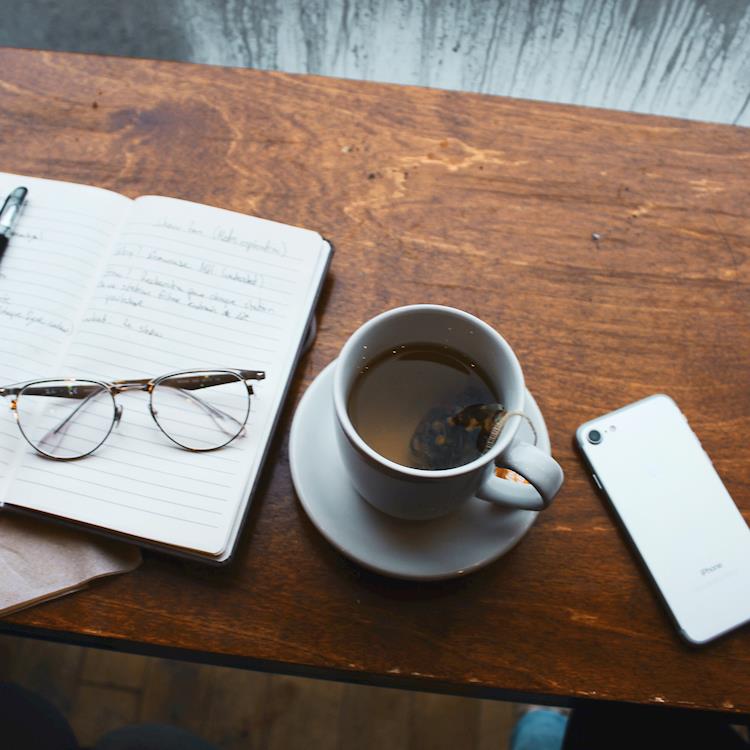 Assessing Your Worth: Some Important Things to Keep in Mind When Determining Your Rate as a Freelancer

As a freelancer, independent worker, consultant, gig worker, or whatever title you’re going by, one of the most difficult - but important - items to manage is how much you bill your clients for your time and/or work. 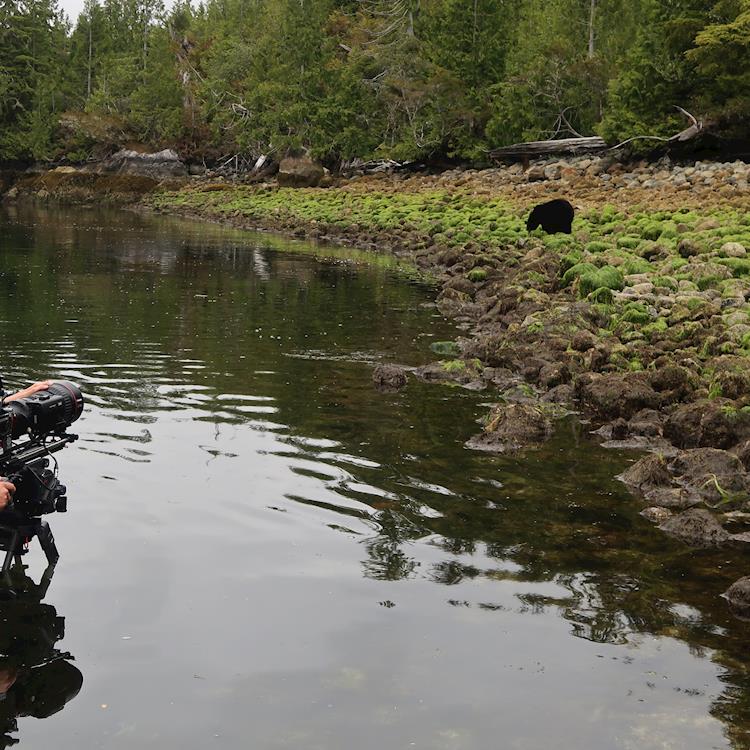 CinematographerBertie Gregory is the 26-year-old behind BBC's Seven Worlds, One Planet. He's already a 2020 BAFTA nominee, and current Emmy-contender. Bertie has made a name for himself as one of the youngest and most sought-after wildlife filmmakers in the business. Along with Seven Worlds, he has contributed his talent to a variety of wildlife projects, including producing/hosting for National Geographic’s online series, WildLife: Resurrection Island and WildLife: The Big Freeze. 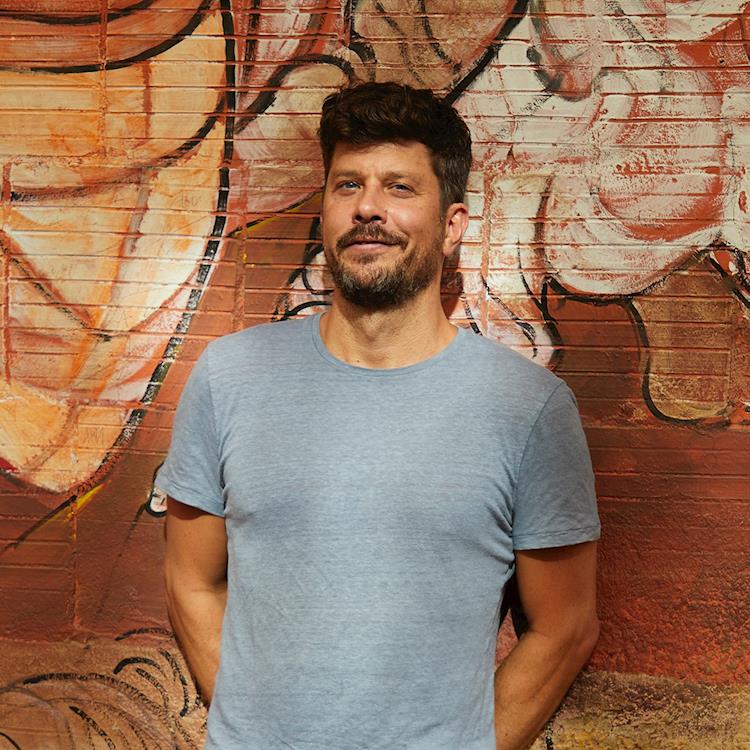 Editor Todd Downing was ACE-nominated for his work last year on Russian Doll season one. This year he has put his incredible talent into three episodes of the intriguing FX limited series, Mrs. America.

Women in Film: 3 ladies behind lenses chat representation, balance and hard-earned lessons learned
Become a Contributor
Recent Blog Posts
"Your Daily Horoscope" Quibi Series Edited in Adobe Creative Cloud Assessing Your Worth: Some Important Things to Keep in Mind When Determining Your Rate as a Freelancer 26-Year-Old BAFTA Winner Bertie Gregory Shoots BBC Earth's Seven Worlds, One Planet Remote Truck Production: Are We There Yet? How animation can help video producers thrive in the COVID-19 era
Become a Contributor