“I wanted to take a break from filming people and try something a little different,” says Atomos shooter Daniel Ludeman. The result was his stunning slow motion close-up film ‘Ichor’ – showing just how good a simple concept can be with great gear and flawless execution.

Ludeman runs his own production company and uses the Sony FS5 with FS-Raw update as his primary camera, combining it with the Atomos Shogun Inferno HDR monitor/recorder. Using the Raw output and feeding this to the Shogun Inferno allows him to shoot continuously in 2K at up to 240 fps, or 4K bursts at 120 fps, for stunning slow motion.

“The FS5 is an awesome camera and I love the electronic variable ND,” says Ludeman, explaining why he loves the Sony.

“I used a RED Raven but ended up choosing the FS5 over it; I’m just so used to the Sony lineup of cameras. Also, Philip Bloom probably has something to do with it - it’s his fault. He’s a big Sony fanboy and I am too.”

Ludeman spends his work life shooting a mixture of weddings and corporate work in Sioux Falls, South Dakota. ‘Ichor’ is a real departure: a video using macro shots of different liquids in slow motion, and filmed entirely in his garage. “I find the macro world really quite fascinating”, he explains, “and liquid does peculiar things in slow motion.

“My friends and I filled an old aquarium with water, added a lot of backlight and some colored dyes. Hard as it is to believe from the results, some shots were even done in a wine glass – and the whole shoot took just one night.

Ludeman says he “shot direct to Apple ProRes, with most clips at 240p, with a few 4K 120p burst shots” on the FS5 / Shogun Inferno. He didn’t shoot Raw because he had to leave the camera running for a lot of the shots and the files would have been huge. “The internal codecs are great and all, but I’ve become such a pixel peeper,” he says.

The ProRes files from the Atomos just blows the internally recorded files out of the water, he adds. On the lens front, a Metabones Speedbooster was used on the camera and most shots were with a Canon 100mm macro, with the exception of a few Canon 50mm f1.4 shots.

Lighting was handled by a single Aputure Lightstorm LED light LS-1. This was set up in a simple booklight arrangement with some fill from a single bounce card. Shooting slow motion requires higher shutter speeds. To balance this with keeping the images as noise-free as possible, required careful exposure.

“Of course, the Atomos helped out a bunch with the FS5”, Ludeman points out. “It’s hard to get the exposure right just with the camera’s viewfinder; you really need to overexpose the image two or three stops when you shoot S-Log. The camera likes a lot of light poured onto the sensor.”

This is where the Shogun Inferno offers a range of exposure tools to help the operator. Along with the regular Vectorscope, waveform, RGB parade, false color and zebras, you can store up to eight LUTs directly into the recorder’s memory, each with different looks and/or exposures. Alternatively, you can use the HDR slider to quickly and easily determine if your highlights are blown out, or if the levels of noise are too high for any given exposure. Ludeman uses these tools to ensure that his shots are never too noisy. His trick is “never to shoot less than +2 stops over unless it’s very dark. I shoot everything exclusively in S-Log2 - I know the limits.”

Ludeman edited in Adobe Premiere and used his own cocktail of LUTs, along with Adobe’s Lumetri Color to grade the footage. When asked about post workflow Ludeman again takes the opportunity to praise Apple ProRes: “I wish everything could be in ProRes. I can manipulate the heck out of ProRes files, it is the industry standard and an unbelievably beautiful codec. Everything on my Youtube and Vimeo in the past year and a half is in ProRes,” he says.

To finish the edit he used score from Art-List.io who he describes as having a ‘killer selection’ of music for video.

The end result from this very talented filmmaker is extremely impressive and could easily pass as being shot on a much higher-end camera system.

You can find out more about Daniel Ludeman and his work on the Ludeman Productions website. 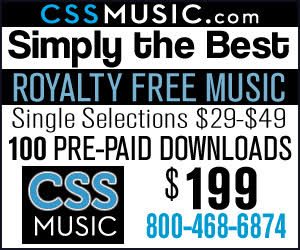