Greg Anderson and John Miller, VFX supervisors for the upcoming HBO Max series The Flight Attendant. The series follows Cassie, a flight attendant played by Kaley Cuoco, who wakes up in the wrong hotel, in the wrong bed, with a dead man – and no idea what happened. The dark comedic thriller is based on the novel of the same name by New York Times bestselling author Chris Bohjalian.

FuseFx’s VFX work transports the viewer into the mind of Cassie who often sees things that aren’t there as she is trying to piece together everything going on around her. From a giant CG rabbit to Cassie looking out a hotel window and seeing an altered past reality instead of the city skyline, the visual effects serve to transport the viewer into Cassie’s world. Other VFX elements include CG airplanes, explosions, fire, snow, and blood enhancement.

Greg and John talked to ProductionHUB about their work on the show and the unique visual effects they created to illustrate the surreal world of mystery that is The Flight Attendant.

PH: How would you describe the show and what made you the most excited to work on it?

John Miller: To me it was a very surrealistic mystery. Not only did we have to make the effects feel real, but these had to continually surprise viewers as well. As Cassie drinks more than she ought to, and does not trust her memory or her hallucinations, we had to show graphically her efforts to put her thoughts together – in the real world.

Greg Anderson: I would agree with John, which I think is what made it so exciting to work on. We got to help create a whole other world, the world that Cassie was experiencing. This meant keeping the balance between making the visual effects realistic, but making sure the viewer knows they are in Cassie’s head. 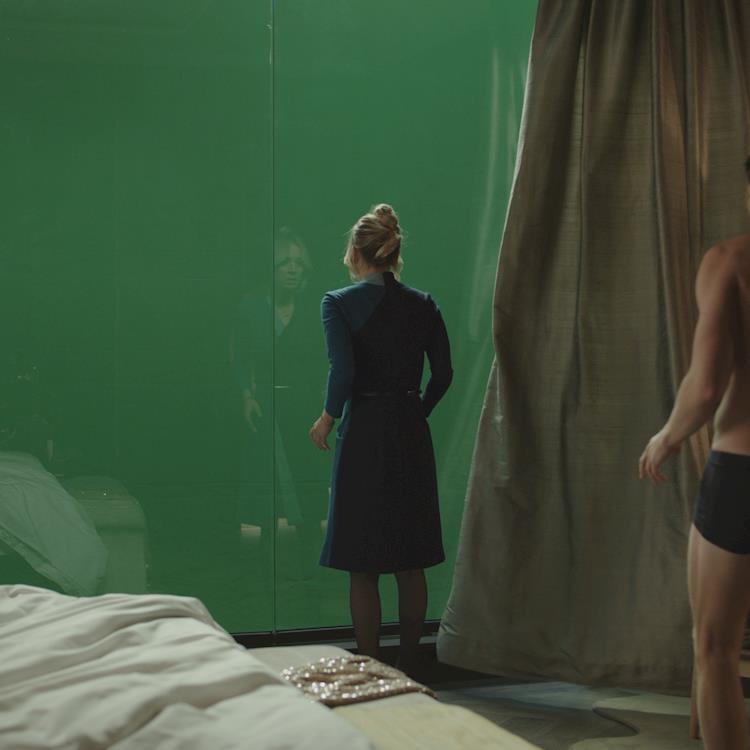 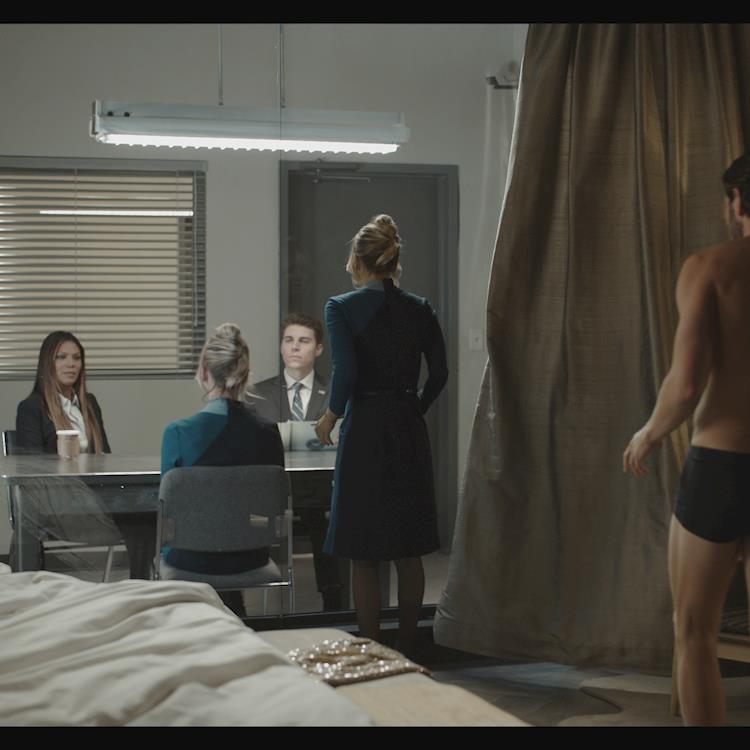 PH: What was the creative process like on-set? Describe your process and approach.

John Miller: In pre-production we design the elements that we need to capture on set, and we make sure that creatively we get everything we need to bring back and make the scene while at the same time letting the director and production team be creative.

Greg Anderson: One of our main goals was to make the unrealistic seem believable. Even though the viewer knows there isn’t a giant rabbit or an endless hallway, we had to make it look real. Because in that moment, the viewer is seeing the scene from Cassie’s perspective. It made us think a lot about stuff like “what would a giant rabbit actually look like”?

John Miller: Elements are shot in production, and post combines those elements in terms of rough composites in their edit. We meet with the post team to confirm what the scene needs in terms of look and technical elements. Also, all of our post work had to match that cinematic quality and look from the beautiful, high quality footage, cinematography, and sets we had to work with. It was also part of our job to continue in the style of the production designer Sara K White.

PH: Did you have any favorite visual effects? What were they and how did you achieve them?

John Miller: My favorite part of the VFX is her flashback sequences where she’s looking through a window or a mirror or some device to see what happened in the past, and she’s visualizing what happened. Designing those shots was so much fun because they needed to be somewhat realistic and at the same time, surrealistic. We had to sort of trick the eye for a moment at the beginning of each scene, and then the audience realizes oh it’s not real. One example of this is toward the beginning of the series when Cassie looked into the hotel window and was seeing her TSA interrogation from an outside perspective. While it looked like she was looking into that room, we had actually set up a green screen to capture that effect.

PH: Was achieving some of the effects challenging? Which ones?

John Miller: I think everything we did was challenging, in terms of hitting the creative. Because we did a variety of VFX, they all had to fit into the show’s aesthetic, and that was the biggest challenge. Making sure that all of these effects we did fit in and didn’t take you out of the show.

PH: You have been in this industry doing incredible things. Can you talk about some of the work you've done at FuseFX? What were some of your favorite/most memorable projects and moments?

John Miller: One of the things that’s been most memorable for me was working on Mr. Robot, S3. It was a complete one scene episode, called a oner. Every shot that was shot had to match visually and technically from the previous into the next shot. I was on set for the whole episode, and we designed all these stitch moments in and out of every shot that was seamless. It was very hard to do but it was a wonderful experience.

John Miller: I like to think that even though it has a serious dark tone, I also see humor in it, and I think the look of the show is beautiful, and has a very stylized sort of noir sense to it. 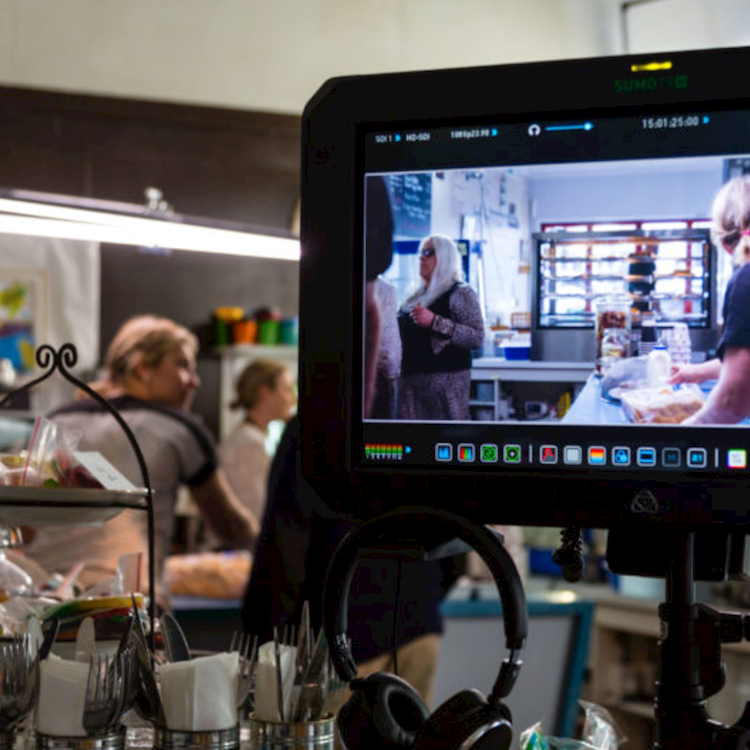 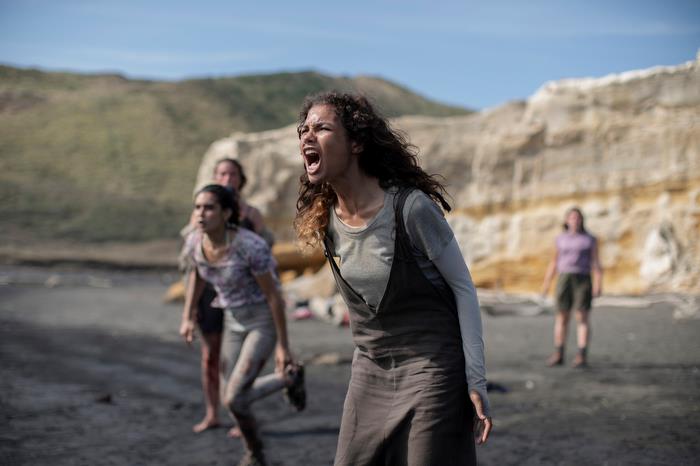 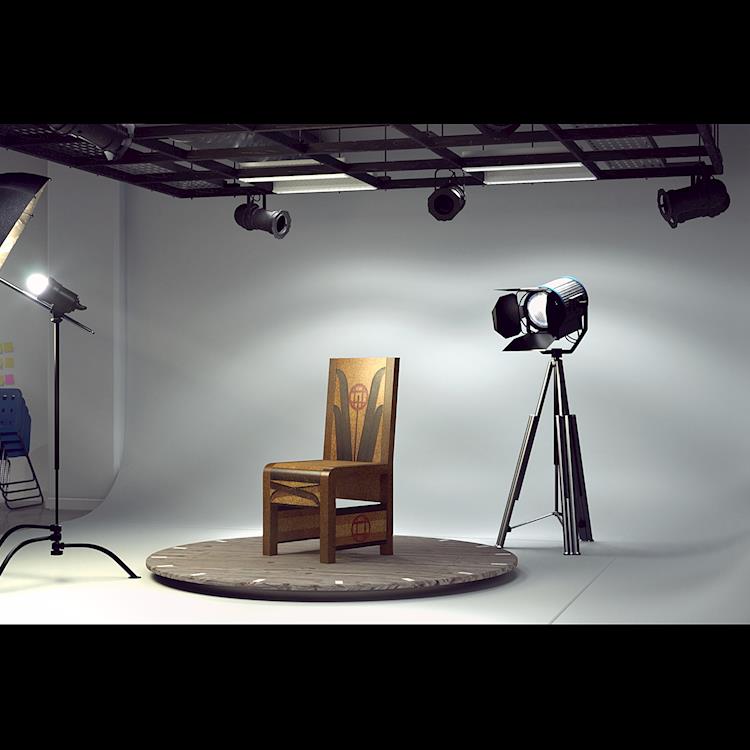