San Francisco and New York City are essentially roadmaps of instantly recognizable  movie locations. The blogosphere is riddled with sites dedicated entirely to cataloging street  intersections, seemingly inconspicuous doorways, and iconic spots like the Mrs. Doubtfire house and Katz’s delicatessen. In these two popular film hubs it’s pretty hard­pressed to find a place that hasn’t already been found. We’ve collected some spaces found on the creative online marketplace, Splacer. These places fit the bill for production worthiness, but come without the baggage of productions past. 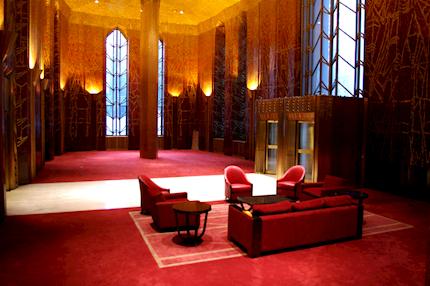 This 6,000 square foot art deco room hasn’t be touched, changed, or opened to the public since 1930. Nearly 9,000 tiles make up the mosaic ceiling designed by a legendary NYC based artist who also has Radio City Music Hall on her resume. It’s gilded ceilings and fixtures are fit to carry anything from horror to glamour. 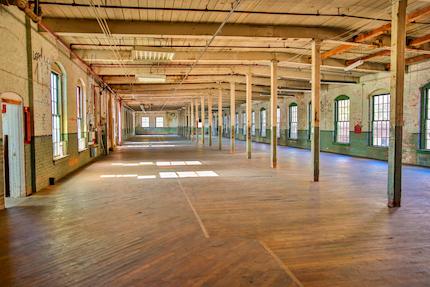 A quick drive out of New York City will bring you to this compound of converted warehouses and factories. Tens of thousands of square feet have been converted ­ though the patina has remained ­ into a range of different production spaces. This is a Tri­state area filmmakers best-kept secret. 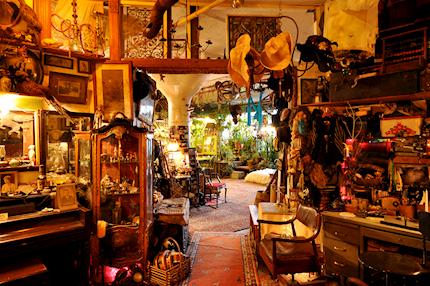 Two artists have called this Brooklyn natural­wonder­meets­curiosity­cabinet their home for decades. The accumulation of oddities and fauna are evidence enough. The result is an artist’s version of a more livable (and clean) Grey Gardens. 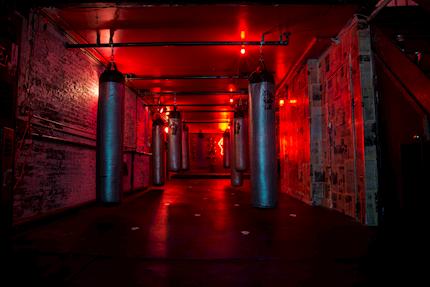 There’s not much to say about this space...aside from it being an underground boxing club that used to host a series of illegal boxing parties, and housed a former activist hangout and after hours bar. Beat that, Fight Club. 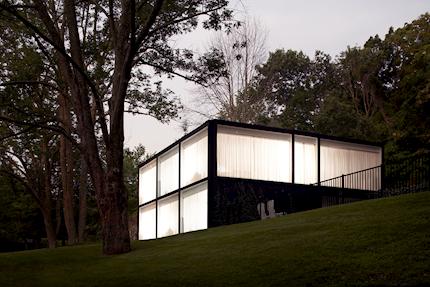 For those looking for the Philip Johnson Glass House aesthetic, this is a Johnson inspired glass home less than an hour outside of Manhattan. Whether camouflaged in snow or bathed in bright foliage this location is an architectural centerpiece for visual storytelling. 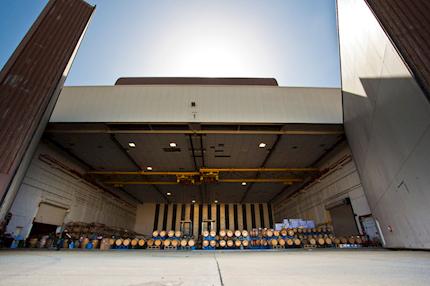 This history of this East Bay space is evidence of its versatility. Originally a navy base (now decommissioned) it was turned into a winery, and then back into an airplane hanger. Now, it’s both. 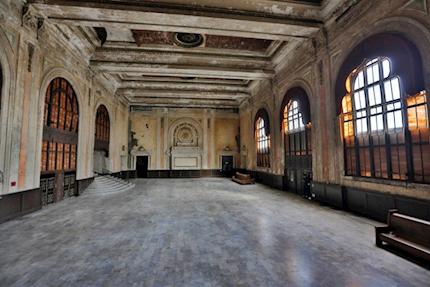 Located in Oakland, this Beaux Arts train station survived Loma Prieta, but has been virtually  abandoned since then. An often undiscovered East Bay secret, it’s vacancy has maintained an aesthetic of distressed elegance. The trained eye might recognize this station from a few of its film appearances, but its relative obscure identity hast left most of its contents unknown. 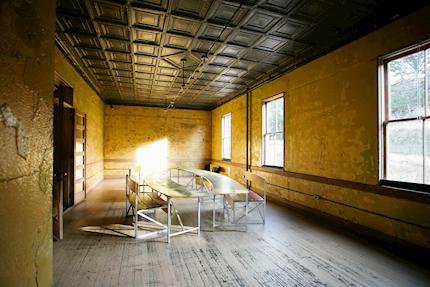 Restored and run by artists, this old army barrack looks (geographically) further away from San Francisco than it is. Situated on rolling hills at the fringe of the Pacific Ocean, this location is an opportunity to create a world to fit the film. With thousands of acres made up of coves, beaches and mountains surrounding the historic building, this location is both malleable and memorable.

Bohemian Compound in The Mission 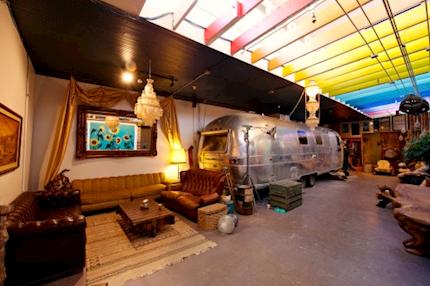 To get into this space you’ll need to pass through a living wall. This location is a “you have to see it to believe it” kind of place. Imagine Alice in Wonderland meets Burning Man meets Marfa’s El Cosmico. It comes fully outfitted with an indoor retrofitted airstream that serves as a separate place to lounge. This is the location for a director who wants to be known for his stylized aesthetic. 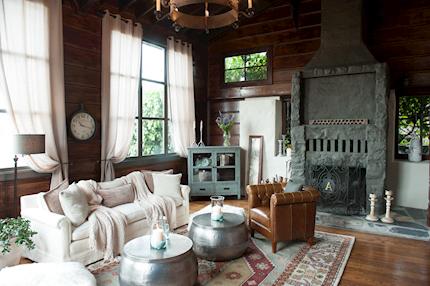 We don’t usually think of San Francisco and castles going hand­in­hand, but it turns out we were wrong. In 1870 somebody built a castle in SF’s Hunters Point — and we love it. Every room in this historic mansion has a different source of global inspiration. Lush and light contemporary furniture is both a compliment and juxtaposition to the ragged antique original walls. In the backyard castle ruins are fixed in their half­fallen state. In the castle of Hunters

Point there are centuries worth of options.

About the Writer - Katy Hallowell 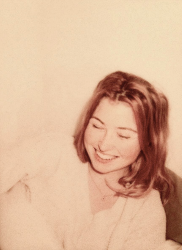 Katy is a Bard College graduate based in New York City. She works as a location scout for Splacer, as well as being a photographer and writer.

Splacer is a marketplace where people can list, discover and book unique spaces. As architects, Splacer believes they can improve the way people use and share space in order to foster creativity, build community and promote a more sustainable model of urban life.The Splacer marketplace gives access to undiscovered and underutilized spaces, offering extraordinary arenas for events, experiences and activations of all shapes and sizes. Unlike other platforms, Splacer curates its spaces: all spaces are reviewed by the team with an eye for great design. 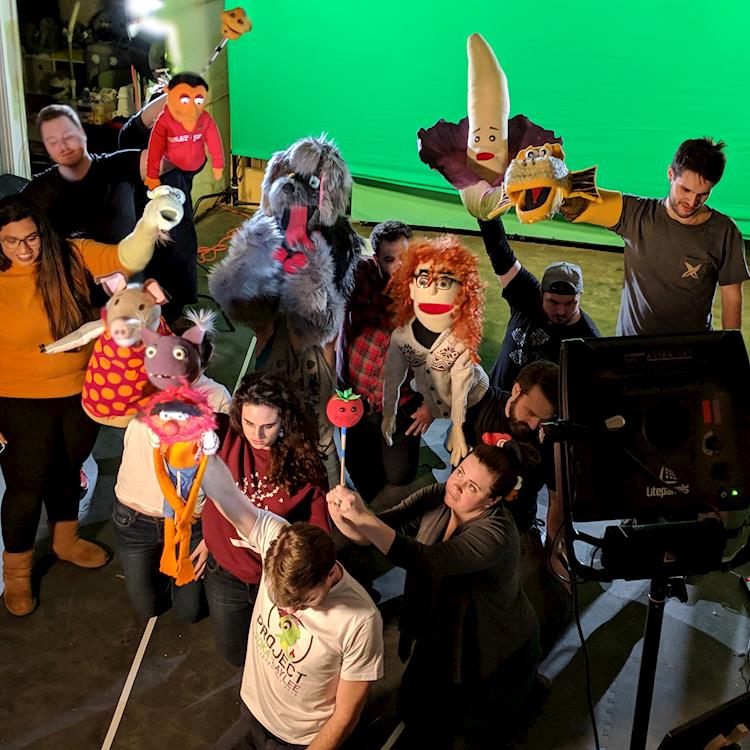 Threaded Films, a boutique production studio in Chicago, IL, partnered with creative team, Project Adventure, and Twitch software developer, Warp World, for their latest film project. They quickly realized the need to modernize their studio to fulfill their goal of creating a new style of dynamic and interactive content. To meet the demands of the project, Threaded Films needed affordable yet feature-rich technology to be used in their home studio to boost creativity and execute a live production remotely—all while adhering to shelter-in-place mandates. 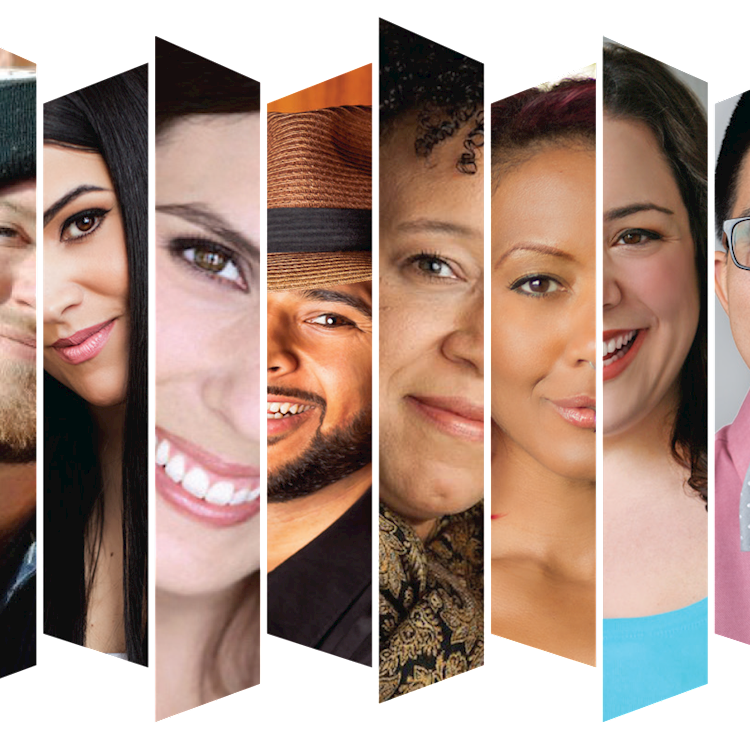 Authenticity in Political Voiceover This Season

The 2020 election cycle has seen record ad spending as candidates vie for the attention of voters who have spent the last six months home consuming content on every device imaginable. But even before the COVID-19 pandemic began, the Democratic primary was the most expensive in history, with $1 billion in campaign media spend.