With so many jaw-dropping gadgets at CES this year, it was tough narrowing it down to our 5 favorites, but we did it... without walking off stage. *ahem*

What do you think was the hottest product showcased at CES 2014 last week?

1. Sony Handycam FDR-AX100
Throw in built-in Wi-Fi and NFC capabilities -- which let you transfer footage wirelessly and pair the AX100 easily with NFC-enabled mobile devices -- and you have something we weren't expecting for a quite some time: a legitimately awesome prosumer 4K camcorder. 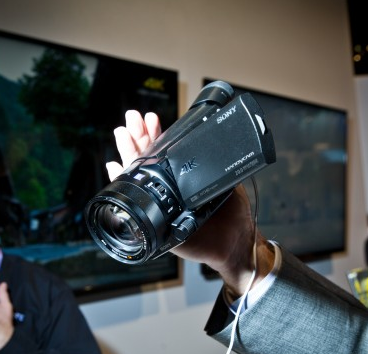 2. Samsung MX-HS8500 GIGA
It may not be the-best looking speaker, but it’s got a big bass boost button that nearly deafened those on the show floor, and has all sorts of other effects to emulate being a DJ. The new GIGA will play music from just about every source — including Samsung TV sets — when it ships this year. 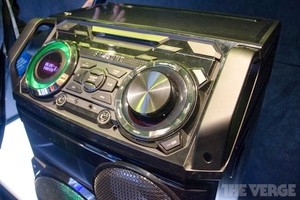 3. Nikon's xxArray Person-Scanner
Alexx Henry teamed up with Nikon to create this xxArray camera system that uses over 64 cameras to create a perfectly detailed 3D model of a person. 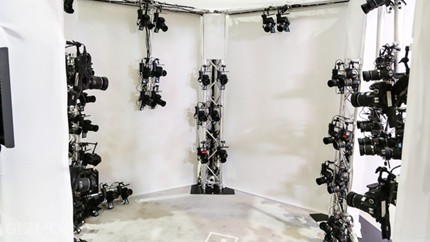 4. How about a drone that fits in your pocket? Put us down for one!

5. Sony 4K Ultra Short Throw Projector
Sony’s most exciting announcement this year was the Ultra Short Throw 4k Projector. Due to the surprisingly short distance the projector sits from the wall and its sharp picture, this 4k projector feels like the future of not only projectors—but TVs as a whole. 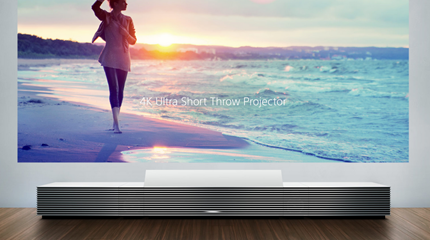