At the 2016 NAB Show, from April 16 - 21 in Las Vegas, many companies eagerly displayed all kinds of new gadgets and technology, promising a very successful, game-changing year for the broadcast media industry. This show signaled how much technology is changing - and more so, how content consumers are planning to keep up.

Trends like 4K and drone technology, are still gaining a lot of talk and don't seem to be going anywhere, any time soon. Others such as video over IP and live streaming are introducing themselves as trends to keep an eye out for this year. These few trends we've spotted, are sure to make it an exciting time to be a part of the industry.

Since the FAA approved drone use on film and TV sets last year, nearly 10 percent of all productions use unmanned aerial vehicles. Now, more conferences are centered around showcasing drone content - from InterDrone to Drone World Expo - and this year at NAB, the Aerial Robotics & Drone Pavilion was present, including a fully enclosed "flying cage" giving users an up-lose look at this technology in action.

Along with the show, came exciting, new announcements in drone technology, such as:

DJI releases the Matrice 600, a drone designed to carry professional cinema cameras from ARRI, RED, and Blackmagic — but also works with DSLR, mirrorless, and the company’s own Zenmuse series. 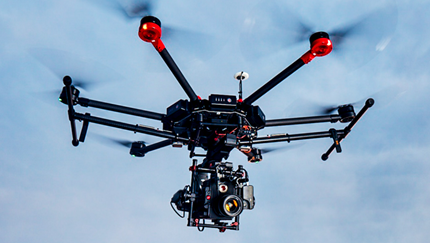 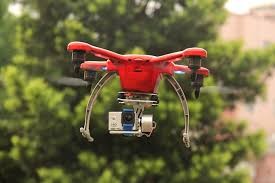 That brings us to our second trend.

It's becoming clear that immersive content will be a major part of NAB conversations for the next few years. Why? According to a Digi-Capital report, AR/VR is set to hit $150 billion revenue in 2020. Before it becomes completely mainstream, there are a few hurdles to overcome first, including - headset accessibility, comfort, price, etc. Production challenges and marketing are other tasks that will have to be addressed as well.

There were plenty of VR, AR, Immersive, & 360 Degree Video announcements at this year's show including:

The leading VR streaming service, YouTube announced the ability to live stream 360-degree videos. After years of live streaming Coachella, YouTube streamed select artist performances in 360 degrees, providing an experience like no other of its kind.

Teradek announced Sphere, which offers real-time monitoring and live streaming of panoramic video content-in high definition. For remote viewing, the Sphere app can be used to live stream to any compatible 360º online video platform, including YouTube. 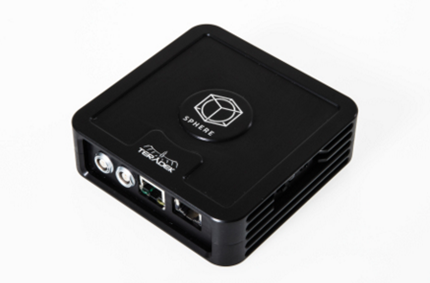 There is no denying the fact that over-the-top content has officially become mainstream. The future of OTT is leaning towards being only subscription-based. Subscriptions were responsible for $104 billion in the estimated $185 billion the overall TV and video market made last year.

Some OTT highlights from this year's show included:

Akamai announced plans to demonstrate new capabilities at the 2016 NAB Show that can help improve overall performance of over-the-top (OTT) video services and support growing demand for 4K and virtual reality content. Akamai's capabilities are designed to minimize the amount of time live video streams take to reach the Akamai CDN from their origination point.

Xstream showcased their turnkey, next generation OTT Platform, Xstream MediaMaker™ that featuresa wealth of new features and out-of-box functionalities and is designed to empower operators to securely monetize their content, offer end-users a personalized and powerful viewing experience of live and on-demand content.

The Shift from SDI to IP

Live production is about to be redefined. This trend is moving very gradually, but don't be surprised when it completely takes over. IP is expanding opportunities for flexible, remote live HD, UHD and HDR production workflows and next-gen over-the-air transmissions.

Some of the exciting announcements from NAB include:

Panasonic and Canon demo 4K video over IP solution. The VoIP gateway converts 4K/60p baseband signals into IP packets and uses TICO compression to enable transmission of up to three channels of 4K/60p on a single 10Gb Ethernet cable.

A few examples from the show, include:

Átomos defines the Shogun Inferno as is the combination of the most advanced monitor technologies – 1500nit/10bit/HDR, the latest recording capability – 4Kp60 over Quad-SDI, along with playback & editing functionality that encourages on set collaboration. 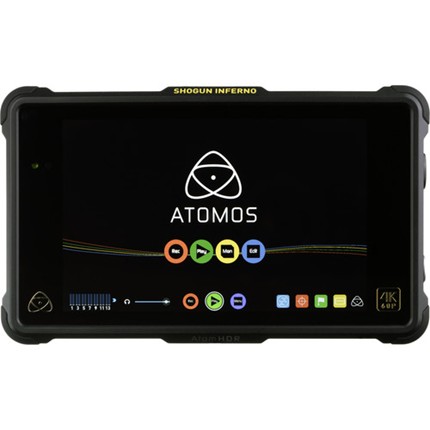 Tektronix showcased the latest extension to the MTS4000 and MTS4SAV3 test platforms to include comprehensive HEVC analysis tools and an enhanced closed caption analyzer for ensuring FCC compliance. 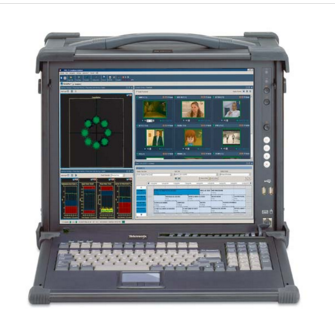 In case you missed any other announcements or didn't have the opportunity to attend NAB this year, check out NABHUB.com for all of the latest news, announcements and see who won our Awards of Excellence at the show!