If it feels like everyone is jumping on the Virtual Reality / 360-video Hyperloop that’s because the consumer market has hurdled from zero to roughly six million units in just a few months. You can thank the casual and hard-core gamers who comprise a majority of the VR population but, while non-gaming adoption is light, platforms like Facebook and YouTube are taking it seriously.

It is, however, important to make the distinction between gaming and non-gaming VR because of how the content is created. For our purposes (this is ProductionHUB after all) we’re going to be talking about non-gaming VR content and 360-video.

It’s the new technology sandbox and everyone seems to want to play in it, particularly big brands. Those who like to gamble are betting 28 million units will be in the hands of consumers by 2018*. Growth, however, is far from guaranteed. Besides the glut of 360-video nature porn that The New York Times is pumping out, more often than not VR content hasn’t been particularly good or has been treated like a gimmick. A lack of quality content could endanger consumer adoption and, when it comes to the bottom line, brands aren’t seeing much in the way of ROI from their VR and 360-video engagements. What are some of the biggest contributing factors to the failure of these projects?

1) A fundamental misunderstanding of the medium – Most content producers are used to the traditional 2D video format where narrative can be organized. A director has many various controls at their disposal (framing, focal depth, editing) to dictate the story and what the viewer is meant to focus on. They can specify and direct their audience to the important characters and plot points to which they need to pay attention. In VR, the participant has near complete freedom to observe (and in some rare cases interact with) anything within the world they choose. Narrative is therefore hard to control. The result has been that most content creators are forcing the viewer into a passenger role where they have restricted freedom. In most cases, save the occasional rollercoaster experience, this defeats the purpose of the medium. VR’s power is environmental immersion and exploration.

2) It’s not a commercial - I can’t speak for you but I want my VR experiences to be engaging and entertaining, not just an excuse to trap me in another commercial for tequila or tires.

3) VR is an individual experience – VR technology can’t currently project a mass audience into your content like you can with television or film. This endangers a campaign that needs to scale or reach large groups. Getting your VR marketing in front of the next Marvel cinematic blockbuster in the theatre or next big Super Bowl spot isn’t possible – yet. But once we can (and it’s not far off as a few companies are endeavoring to create VR theatres) each member of your audience is likely to come away with a different viewing experience.

4) The Seam! - There’s no nice way to put it. Of the nearly 100 live-action VR projects I’ve seen, 98% of them have stitching problems and they’re the kind of problems that really pull you out of an experience. Most professional cameras like the Nokia Ozo or Jaunt require a significant amount of pre-production choreography and rehearsal to avoid creating significant stitching issues. These seams can offset a vista or even cut a subject in two, and, while you can correct some production issues in post, the process and effort required tend to be out of the traditional scope and budget of most productions.

5) Audio – We often underestimate the importance of audio to an experience, but, when you’re trying to trick the brain with 360° of visual information, it’s important to remember that the sound needs to accompany that. Sound enters our ears at different angles as we rotate our heads so when we’re participating in a virtual experience and the audio remains in a stereo field it degrades the degree of immersion which is subjectively assessed based on the level of information and intensity.

The best uses of VR by brands that I’ve seen are transporting their audiences somewhere remote, inaccessible, or dangerous. A location or experience you wouldn’t ordinarily be able to have. That can be anything from the drum riser of a Coldplay concert at the O2 arena in London to the snowy peaks of the Himalayas.

A few of the best ways brands are using or could use VR:

A. Take Me There - The Four Seasons could allow you to explore your water bungalow suite in Bora Bora before you book it using live-action VR / 360-video or Crystal cruises could let you tour their newest vessel using 3D architectural environments. Travel brands and tourist destinations alike are using VR and 360-video to give you a glimpse of what you might get to experience in person.

B. Live Experiences - Major fashion brands are giving you exclusive access to fashion runway shows; welcome to the front row. How about something of historical importance like the swearing in of the 45th President of the United States?

C. Real Estate – Real estate brokers and developers can now show you the home of your dreams.  If you’re relocating cross-country or are looking to buy a summer house in Spain, you can peruse the grounds and hear the shower’s water pressure from the comfort of your current home.

4) Live The Story - Movie studios too are using VR in service of their TV shows and Movies. Most recently, Disney announced a non-gaming Star Wars virtual reality experience.

But this list is but scratching the surface. The amount of content and number of platforms grows everyday and we’re living in a primitive VR world which will only get better with development, creation, understanding and innovation.

With the complete domination of Augmented Reality juggernaut Pokemon GO, you can bet brands will be taking a hard look at opportunities in AR to the exclusion of VR and 360-video. However the best VR experiences are still taking place at events, film festivals, and corporate engagements, so, while it’s not yet the age of The Matrix or Neuromancer, there are innovations happening daily. To date Justin Lin’s ‘HELP’ experience for Google Cardboard (you can find it on YouTube) is pound for pound one of the very best things created for VR. 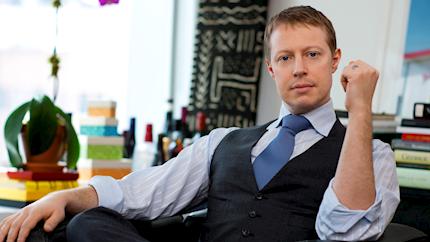 Dubbed a ‘forefather of digital entertainment” Chris Phoenix  continues to lead the way for innovative marketing, social, digital and experiential campaigns, partnering with brands and agencies who value a crafted approach to their business and storytelling. Phoenix began the exploration of Virtual Reality and 360-video in 2014 with brands like DICK’S Sporting Goods, Tribeca Films, 2016 Summer Olympics, ESPN, SONY and Porsche. His expertise and content creation has yielded undeniable results, including an Emmy nomination and ADDY, PromaxBDA, Valencia, Effie, OMMA, CLIO, and One Show awards.