In this interview, we spoke with Editor Harrison Atkins about his work on Good Girl Jane and The Year Between.

Synopsis of Good Girl Jane: Struggling to fit in in her new school and reeling from the fallout of her parent’s recent divorce, lonely LA high schooler Jane falls in with a rambunctious crowd, and becomes smitten with their charming drug supplier, Jamie. Jane’s thrilling, new, drug-fueled popularity soon spirals downward into the dark and ugly, her family helpless to pull her out of a world she’s reluctant to leave

Synopsis of The Year Between: Forced to return home from college after her erratic behavior alienates everyone around her (namely her amusingly panicked roommate), Clemence begrudgingly begins an undesired new chapter in the suburbs, hell-bent on defying her Mom (J. Smith-Cameron), Dad (Steve Buscemi), younger siblings, therapist—and a diagnosis of bipolar disorder. But as the realization of her situation begins to set in, Clemence pushes herself to maintain a strict medication schedule, find a job and show up to her appointments, all whilst maintaining a bitingly quick intellect and antagonizing, razor-sharp wit that keeps everyone around her on their toes.

Harrison Atkins: I’ve been making films since I was really young, shooting stuff in the suburbs with other neighborhood kids.  I would edit on a couple of VCRs  - it was kind of janky but I was obsessed.  In high school I started making more developed films with friends, and when I went to film school the same drive to make films continued to get more complex and refined. In a way, my life as a filmmaker has been a relatively linear progression from those childhood suburban short films and experiments to the features and whatnot I’m making and working on now.  In terms of getting involved in the industry, my first job out of college was on Joe Swanberg’s film DRINKING BUDDIES.  I met some producers on that film who ended up producing my first short film out of college, which was called CHOCOLATE HEART.  That short played film festivals and opened doors for me, which led to other films which opened other doors, and so on.

Harrison Atkins: I edited two films in the Narrative Feature Competition at Tribeca this year - GOOD GIRL JANE and THE YEAR BETWEEN. On the former, I got involved when the director Sarah Mintz reached out to my agent. On the latter, the director Alex Heller is an old friend I’ve known since college, who reached out to me personally because she wanted me to be involved in her project.

Harrison Atkins: I’ve been cutting using Premiere for some years, ever since I emigrated over from Final Cut Pro 7.  I like it mainly because it works, and I’m used to it. To me, the most important characteristic of an editing software is low latency between having an idea and being able to execute it.  This is a trait that one can invest in by spending time with a program and getting comfortable with it.  These days, the operation of Premiere is largely muscle memory for me, so I can be executing an idea basically at the same time as I’m imagining it.

Harrison Atkins: These films are so different from one another, and have such different tones and styles.  GOOD GIRL JANE uses lots of long takes, but there’s a sequence in the film that’s a bit of an aberration from that language, intensely subjective in a different way, which I had a lot of fun building.  Can’t say more because I don’t want to spoil anything.  Alex’s movie THE YEAR BETWEEN has lots of jokes and gags, so it was refreshing to play within a funnier tonal space.  Comedy can be so rhythmic, and when you truly nail the timing of a gag in a movie, there’s almost no better or more visceral feeling. Suffice to say, there are some moments in the movie that really hit.  Excited to see it with an audience.

Harrison Atkins: Every film is different, but when I edit a feature for another director, I almost always work at my desk in my own apartment.  Sometimes throughout the process, the director comes over and we work together. I love to keep it chill and loose, and go on lots of walks.

Harrison Atkins: I feel like because I grew up making movies with friends for no money, I’m not allergic to conceptualizing filmmaking processes that are unattached to capital.  I’m so thankful for that, because I see a lot of peers in the film industry neglecting the fact that films can be made that way.  There can be something radical about remembering that a film doesn’t always need to be a consumerist commodity.  It's not necessary for every film to be a calling card, or a film festival thing, or a product to sell, or a means to an end. It can be something more personal or ineffable. You can operate within cinematic language or experiment with film form simply for yourself, because you love it.  And when you allow yourself to think of the work in that way, it can be a fertile ground for artistic discovery.

Harrison Atkins: It’s kind of a cliché but the first thing that comes to mind is: fail early and often. This advice has served me well. Fear of failure keeps so many artists imprisoned in inaction. But the truth is, failing is part of the process, a necessity to learn and improve. You fail and then you keep going. 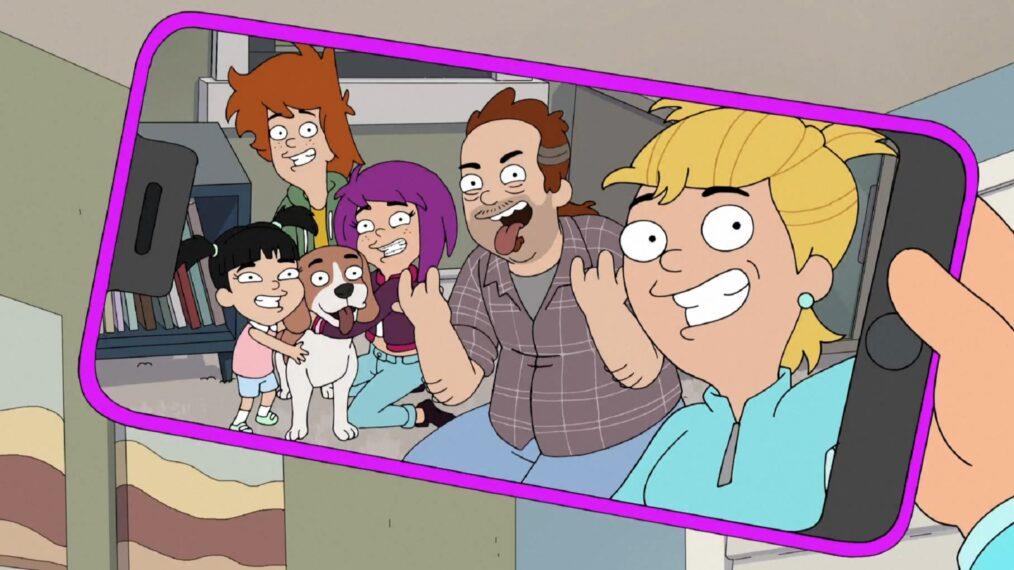 Film and TV editor and multimedia artist in Los Angeles, Nina Helene Hirten, served as the editor for Universal’s Curious George: Royal Monkey, and Previsualization Editor for both Marvel’s Ant-Man and the Wasp and Sony’s Venom. In addition, she edits indie projects in the genres of animation, horror, drama, and more. Currently, she is the lead editor on Amy Poehler's animated series Duncanville, airing on Fox and Hulu, which she recently spoke exclusively to ProductionHUB about. 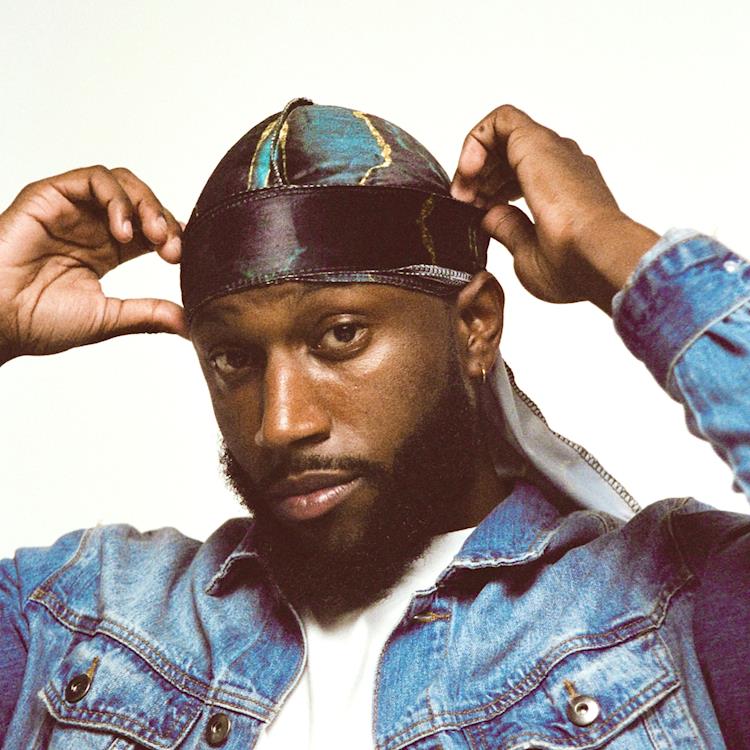 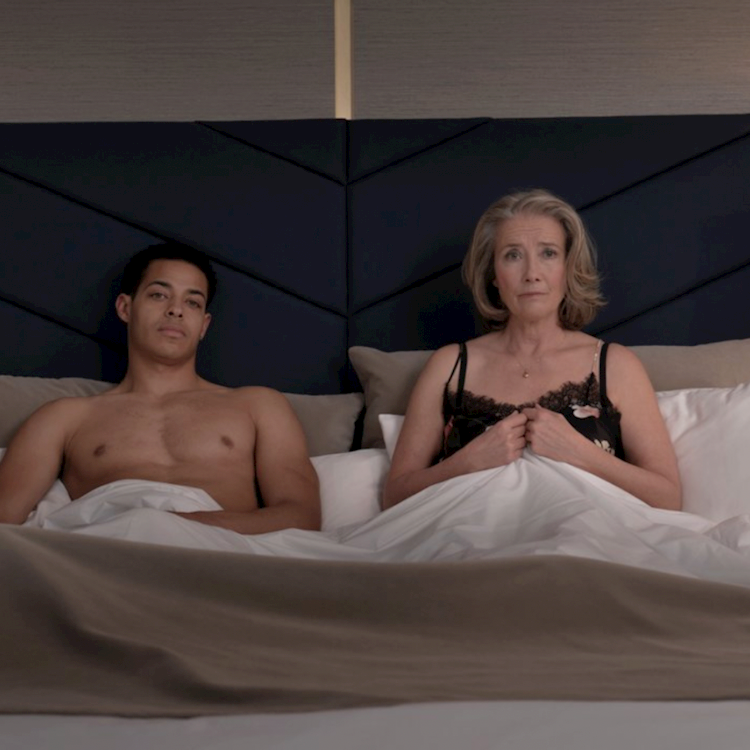 We recently conducted a series of interviews to cover some of the production professionals being highlighted and represented at this year's Tribeca Film Festival, which is running from June 8 - 19th. In this interview, we spoke with Editor Bryan Mason about his work on Good Luck to You, Leo Grande.