TikTok is not about polish or flash (like Instagram); it’s not about long, sustained content (like Twitch); it’s not about content organization (like YouTube). It’s about getting up the simplest, bite-sized content, fast. Whether that be getting celebrities to make a quick video with their phone, or re-contextualizing clips from shows, it doesn’t require a lot of production to generate content. The trick to winning TikTok is being clever with the content itself. For long form content, entertainment platforms can host TikTok watch parties, a very easy, straightforward way to create something valuable for the fanbase in an incredibly cost-effective way.

TikTok is also a place to try out a lot of different types of content. If they stay within the basic rule set of Tik Tok, brands can’t really fall on their face. Content that gets traction gets elevated quickly and turns into a success. Content that doesn’t work just gets lost in the algorithm, and content that is just plain terrible sometimes goes viral simply because of how awful it is (ironically, turning it into a success). So experimentation is rewarded. TikTok is a place to explore brands in new and interesting ways; a place to toss your brand guidelines aside and explore the weird, odd, strange, and surprising. This brings us to… 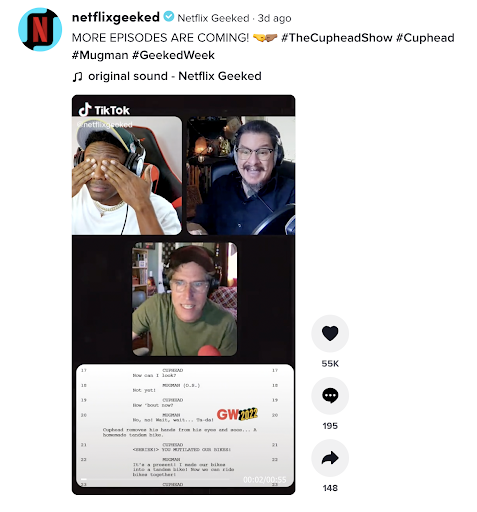 Users scroll through their feed quickly, so the videos that end up getting played are visually interesting or bizarre enough to pique curiosity. The goal is to shock them into stopping their thumb and watching a video play. So brands lean into the unexpected. As users scroll, they are going to stop when their brain can’t compute. The stranger and quirkier the better. It’s about embracing a visual language of contrast, of clashing themes. In this context, recognizable faces and really cool imagery (things entertainment platforms have in spades) help tremendously. The Rock delivering a message of gratitude to fans is nice; The Rock in a bright pink t-shirt doing the Re-Run… that’ll make TikTok users stop and pay attention.

RIDE THROUGH THE LOOP

Once you’ve got the users to stop and watch, you ideally want them to play through the loop to watch again, and that’s where the depth of the content comes into play. Is it something valuable to the fan base? Is it an answer to a meme storm? Is it shareable? It’s a careful balance, between shocking and valuable, but because you can try out so many permutations (the Rapid Prototyping Content mentioned above) brands can find that balance pretty easily. As long as they continue to try new things.

And of course, what entertainment platforms and brands put on TikTok are not commercials. 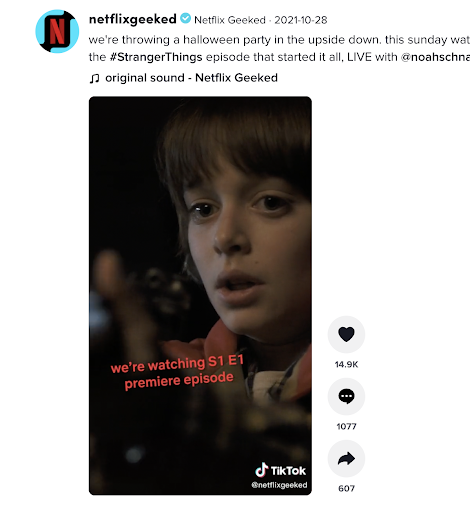 This is most definitely content. It is entertainment in and of itself. It doesn’t have the polish of commercials, the call to action of commercials, or the disruptive placement of ads. Can TikTok content perform some of the same tasks as commercials? Absolutely. In fact, using re-contextualized versions of commercials (i.e. remixes)  is a great way to hit those notes while still providing the TikTok audience the sense of the bizarre and surprising that drives their interest.

The other big advantage that entertainment platforms have on TikTok is celebrities. When celebrities go on TikTok, making a video with their own phone (or what may seem like their own phone), it almost makes it feel that they are on a video call directly with the TikTok user. It gives fans the sensation of being closer to their favorite star. Now, since putting celebrities on TikTok works so well, why don’t entertainment platforms just make that their only content? Two reasons. One is that a variety of content (a content ecosystem) around a title is always beneficial considering how cost-effective it is to generate the content. This is a good thing because of reason two: celebrities don’t want to be on TikTok all day, which makes the times they do appear on TikTok that much more valuable.

For entertainment titles and platforms, being on TikTok is way more than mere promotion. It is an extension of the fan base, and an expansion of the content universe that makes up the show. It is content that is generated quickly and gets instant feedback, which allows you to continually adjust the content to resonate increasingly more deeply with the fanbase. If something sticks, you deliver more of that, you memeify that content experience.

We have focused on entertainment platforms in this article, but the same rules apply to all brands -. And TikTok is in a perpetual state of development–introducing a live feature, increasing its video cap, inspiring community building tools, etc. But even these developments ultimately serve the way that users engage with TikTok. It’s interesting to compare TikTok to something such as Snapchat. Snapchat drives its development based on getting creators to create more: building out channels, creating fun filters, encouraging serial content, etc. TikTok, in a way, focuses less on the creator and more on the consumption of content. Less original content and more reactive content. It encourages conversations, memes, and sharing, rather than independent creativity.

Luis Reyes develops work at the intersection of content and technology, shattering conventional notions of content and form. As an Executive Producer and Partner at LA-Based creative content company Butcher Bird Studios, he has expanded the definitions of interactive media, branded content, and audience engagement, spearheading work for brands such as Twitch, Netflix, Samsung, Mazda, Lenovo, Intel, and TYLT, among many others. Luis has also been a contributor to publications such as the LA Weekly, Los Angeles Times, and Flaunt Magazine. 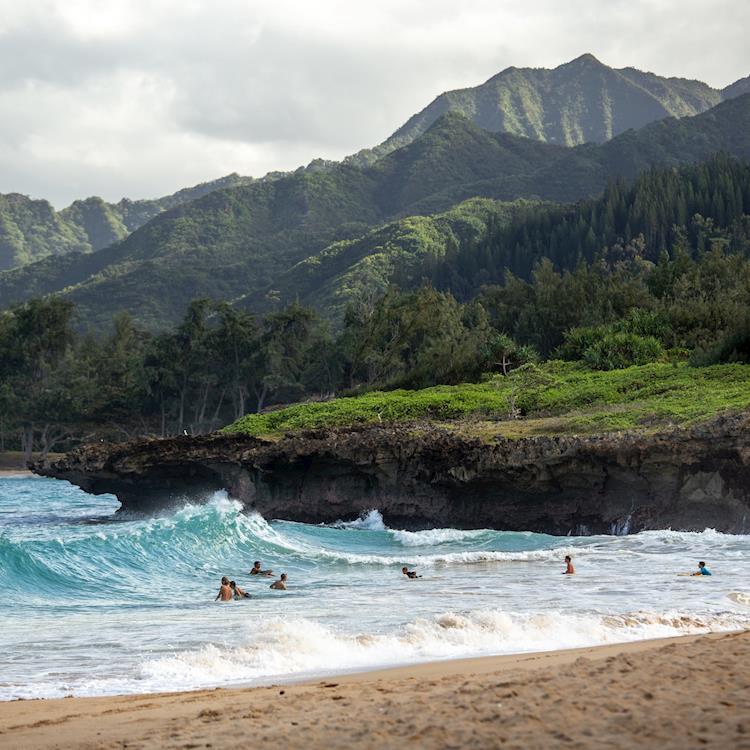 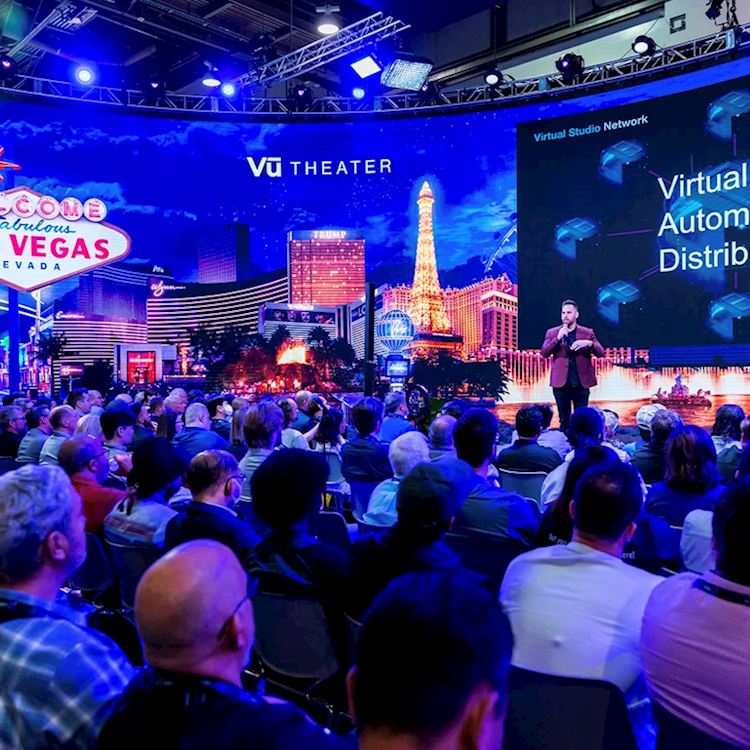 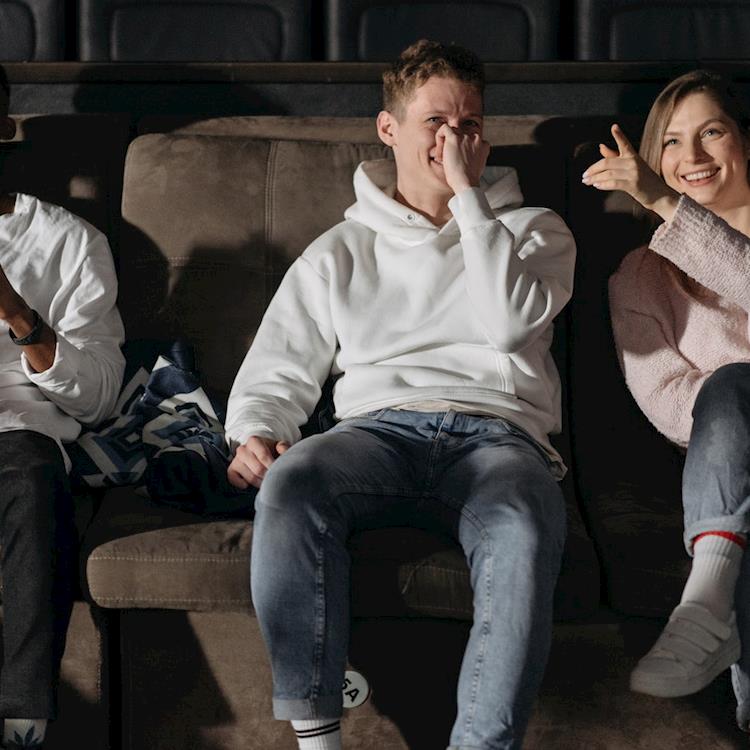