Ken Burns has been in the filmmaking game for more than 30 years, and has gone on to direct and produce some of the most acclaimed historical documentaries of all time, including Academy-Award nominated BROOKLYN BRIDGE, to THE CIVIL WAR, PROHIBITION, and more.

One of his current works, Defying the Nazis: The Sharps' War, premieres nation-wide on PBS September 20 9/8c. For the project, he turned to filmmaker Erik Angra.

Erik Angra is an American director, cinematographer, and editor. Son of Indian immigrants, he is the youngest person to receive the sole credit of editor on a Ken Burns film. He began his career touring alongside hardcore punk musicians across the US, releasing the footage in 2006, featuring rare performances from some of the last shows at the infamous CBGBs in New York. 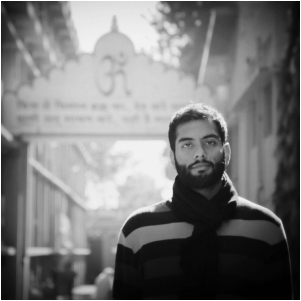 The Kickstarter campaign for Angra's documentary Portrait of Harry was supported by Amanda Palmer who tweeted: "I've never cried almost all the way through a Kickstarter pitch." The film documents Harry Somers, a man with only weeks to live, reveals how he escaped from Nazi Germany to eventually become an acclaimed impressionist painter. Somers' work often includes landscapes and other natural settings inhabited by people. Angra began production on the documentary in 2012.

"One of the most surreal moments as an editor on this project was using my voice as scratch audio and then replacing it with Tom Hanks. You never quite know how bad your voice is until it's compared word for word with Tom Hanks," says Angra.

The film will be shown at select theaters in New York and Los Angeles with a special screening at the White House as part of the administration’s discussion of the refugee crisis. Angra will be holding Q&A sessions for the film on September 10th at the Laemmle theater in Los Angeles.

ProductionHUB: How did you get involved with "Defying the Nazis: The Sharps' War"?

Erik Angra: I became friends with Artemis’ daughter and associate producer of the film Emma Blaxter. One night having dinner with Artemis we were talking about the future of the film he’d been making for 10 years. He showed me the latest cut but wasn’t totally pleased with it. I gave him my honest criticism and offered my services to cut a trailer to show him my vision of the film, which was a lot faster paced and edited like a thriller. The Sharps' story is a story of suspense -- they risked their lives, and were secret spies, and I wanted the audience to feel the intensity that Martha and Waitstill experienced. After watching my trailer, we decided to cut the film ourselves and bring on Matthew Justus, who had over 10 years of experience creating documentaries with Liz Garbus on HBO. Artemis likes to collaborate with younger talent and give them a chance to prove themselves.

PH: You worked on cinematography AND editing. How daunting was that?

Erik Angra: The film was shot over the course of 10 years with multiple cinematographers filming interviews. This meant the interviews were shot in various styles and with varying degrees of quality, so it was challenging to make the interviews look consistent in the final film. It was a blessing that we had so much footage and so many years behind us to draw from, but this also made it challenging to create a cohesive look. One of the biggest challenges was organizing all of the footage we had across multiple mediums -- hard drives, CDs, and even old VHS tapes. This organization was important not just for this film, but for creating a historical archive about the Sharps' that can be used for future research and projects. Many of the interviews capture the first and only time these holocaust survivors would speak about their experiences.

PH: Were there any scenes that were particularly memorable for you as an editor and cinematographer?

For one particular scene, it was ideal being both the cinematographer and editor because I understood what the film needed shot-for-shot. When crafting a particular scene of the film, we decided that a reenactment was the best way for the audience to experience the same level of fear Martha felt as she smuggled a dissident journalist through multiple Nazis checkpoints to freedom. On a cold December night, we recreated this scene using a hazer and carefully placed exterior lighting, to give it a look of film noir suspense and seamlessly blend with the black and white archival images. We actually shot outside of the Unitarian church where Waitstill was a minister. Instead of using professional actors, we used relatives of the Sharps to give the reenactment historical weight and meaning. Martha’s great granddaughter Emma Blaxter looks remarkably like Martha Sharp, so we had her play Martha in the scene. This was often the case in the early days of the film -- all of the crew wore many hats. Because the final product blended so seamlessly with the archival footage, it became the first and only reenactment footage that has been used in any of Ken Burns’ films. I’m proud that with a small crew, a few lights, an antique car, and a little fog we were able to transport our audience to 1930s Prague.

PH: You are the "youngest filmmaker, and only person of color, to receive the credit of film editor on a Ken Burns film." Can you tell me about your experience? What led you to such an amazing accomplishment? What was it like getting to work on a Ken Burns project?

Erik Angra: I feel like working with Ken Burns was like earning a Ph.D. in documentary filmmaking. Ken knows what he wants and he’s not afraid to speak his mind, but is always open to healthy, creative debate. Some of my most memorable moments were sitting at the wooden table in his screening room going line-by-line through the script and heavily discussing every nuance of every edit. Ken’s attention to detail and memory never cease to amaze me. There was a shot he asked me to make 12 frames longer, and when he reviewed the cut a month later he said “Erik, that’s only 8 frames longer.” And he was right. When I saw him at one of our screenings in Los Angeles, I told him that this experience made me a better editor and filmmaker. Ken replied, "You were already a great editor; I just helped bring it out of you." I was in my 20s when Ken and Artemis took a huge leap of faith on me and I’m so thankful for that.

PH: Have you suffered from "editor's block" and how did you cure it?

Erik Angra: I pace a lot. My phone tells me I walk 15,000 steps a day which comes out to about seven miles. There’s probably a little path carved out into the carpet in my editing suite. Often, my best ideas come to me when I’m not sitting down at the computer. I am constantly editing in my head. When I sit down to put the pieces together I already have an idea of what I’m going to do. For me, editing is a very emotionally exhausting process because the editing doesn’t stop after I clock out.

PH: What are the four most common mistakes you see beginner film editors / cinematographers make?

Erik Angra: I think people get too caught up on the details and lose the big picture. People obsess over a certain edit or shot, forgetting that the audience will only see it for a few seconds. Editing is all about pacing, and you have to experience the film as a whole to understand how the components relate to each other across the film as a whole. Editing is not meant to be noticed, it’s meant to be experienced.

PH: What advice would your current self lend to your old self (when you were just starting out in the biz)?

Erik Angra: Take more deep breaths, wake up earlier, and don’t live and die by what happens every day. Much like editing, life is not about singular moments but the culmination of all these moments together. 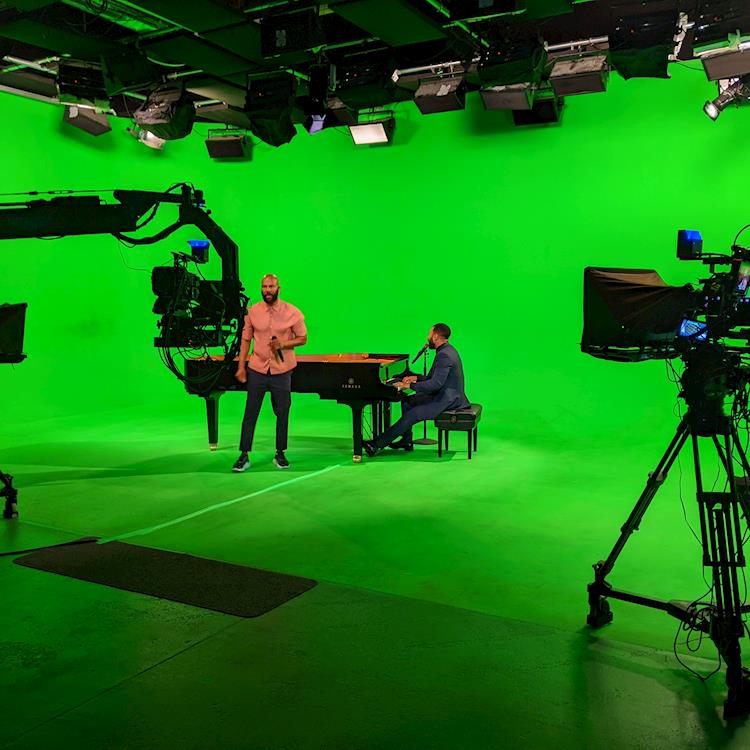 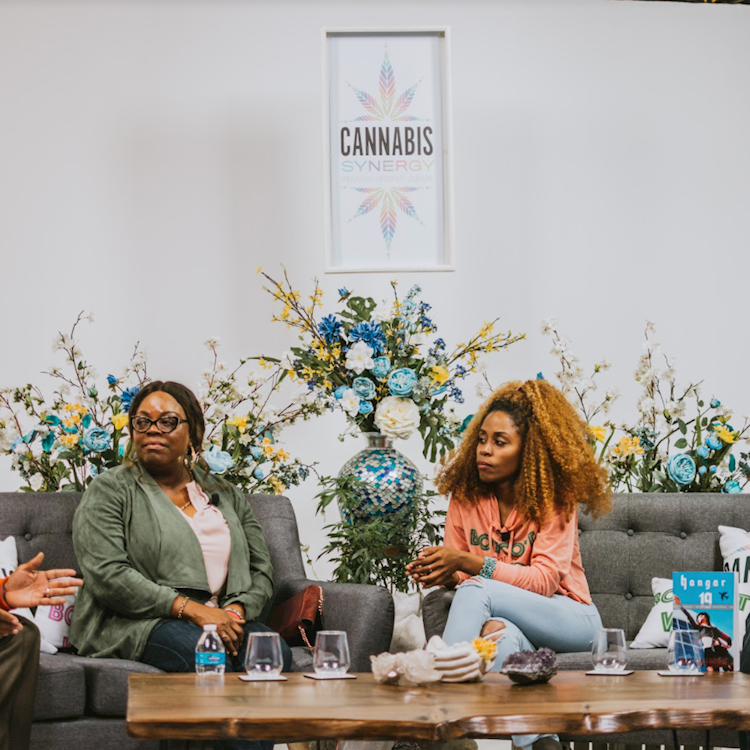 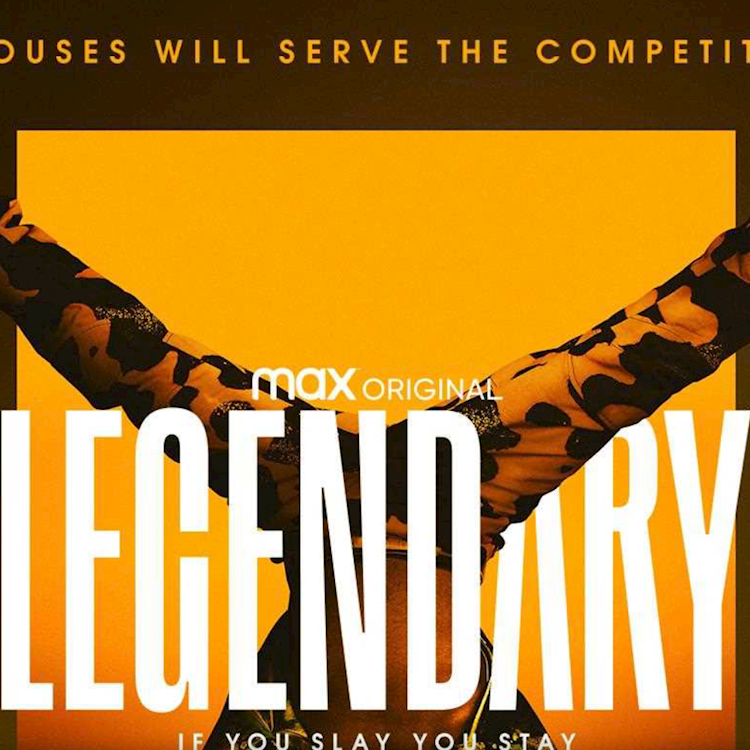 HBO Max’s Legendary isn’t the first reality competition series to shine a light on a fascinating slice of LGBTQ+ culture, but series director Rik Reinholdtsen brought a showstopping cinematic look to the Ballroom competition show’s first season that is unlike anything you've ever seen before. Reinholdtsen (Cooked with Cannabis, Inside the Actor’s Studio, Chelsea) shot with the Canon EOS C700 Full-Frame Cinema Camera, EOS C500 Mark II, and Sumire Prime Lenses to create a larger-than-life look that matched the majesty of the Ballroom performances, which blend dance, performance art and fashion. Reinholdtsen used the same gear to shoot in the field for the documentary portions of the show, helping him achieve a cohesive look. We spoke exclusively to Reinholdtsen about his experience on Legendary, why Canon was the right choice for this project, and what inspired the show’s aesthetic.